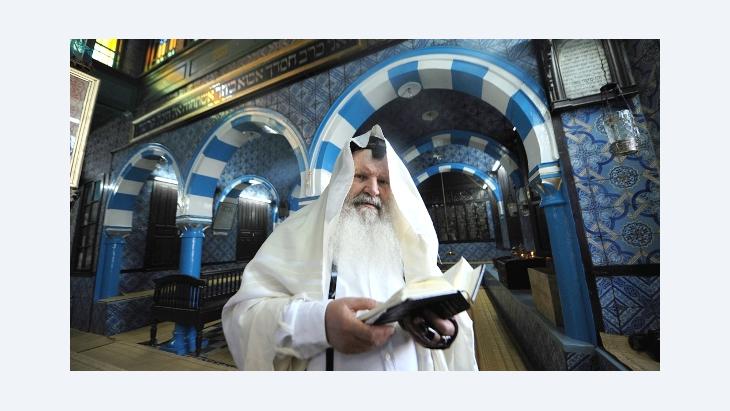 ﻿The once-large Jewish communities in Tunisia and Egypt have almost disappeared. Those who remain are treated with mistrust and suspicion by society. The Arab Spring has made their situation even more difficult. Andreas Gorzewski reports

The Great Synagogue of Tunis is clearly recognizable as a Jewish house of worship from a distance, with a Star of David ornamenting its façade. But congregants are few and far between these days. Most of Tunisia's Jews have emigrated, with just 2,000 remaining out of a population that once numbered in the hundreds of thousands.

In Egypt, the situation is even worse, with the country's ancient Jewish community on the verge of extinction. And with Islamist parties now controlling the governments in Cairo and Tunis, there is concern that the Jewish communities in both countries could disappear once and for all.

There were once vibrant Jewish communities spread all over the Middle East and North Africa. But after the founding of Israel in 1948 and the subsequent Arab-Israeli wars, Jews came to be viewed as the enemy in many Arab nations. In turn, hundreds of thousands of Jews emigrated to Israel, Europe and the United States.

Jews have lived in Egypt since the age of the Pharaohs. Before WW II, the community was about 80,000 strong. Today, around 100 Jews remain in Alexandria and Cairo. Most of them are old women, according to David Harari. The 73-year-old grew up in Egypt and is currently the treasurer of the Society for Jews of Egyptian Heritage in France.

The Maimonides Synagogue has existed at the site since the 10th century. In March 2010, the Egyptian government completed the restoration of the current building which dates from the late 19th century. The Jewish population of Egypt was estimated at fewer than one hundred in 2004, down from between 75,000 and 80,000 in 1922

​​The old synagogues in Egypt have become museums. Although the government financed the restoration of Cairo's Maimonides Synagogue in 2010, religious services are rarely held there anymore. The head of the Jewish community organizes services a few times a year.

"A Rabbi comes from abroad for the important Jewish holidays, such as the Rosh Hashanah and Yom Kippur," Harari said. Since 10 Jewish men are necessary for the service to be held, employees from the Israeli embassy have to participate.

The re-opening of the Maimonides Synagogue was overshadowed by political and religious conflicts. Representatives of the Egyptian government did not attend the ceremony, citing Israeli aggression against Palestinians. Tensions caused by the Israeli-Palestinian conflict impact the Jewish community in Egypt, even though Cairo signed a peace treaty with the Jewish State in 1979. Hopes that the so-called Arab Spring would help ease tensions have been largely disappointed.

"The situation hasn't improved in any way," Harari said. The head of the Jewish community in Cairo is surveilled by the Egyptian state and cannot speak freely, he added. In Alexandria, the authorities closed the city's synagogue this year during Jewish holidays, according to reports in the Israeli media. Egyptian officials later rejected this accusation.

There is concern among Cairo's Jews about what will become of their once vibrant community's property. Their buildings in Cairo and Alexandria are on valuable plots of land, which are being eyed by businesspeople and politicians.

"When the last Jew in Cairo dies, the valuables will be confiscated by the state," Harari said.

In Tunisia, there is still a functioning Jewish community. In the capital and on the island of Djerba, a few synagogues are open on the Sabbath. But compared to the past, fewer and fewer people attend services on the high holy days, according to Roger Bismuth. 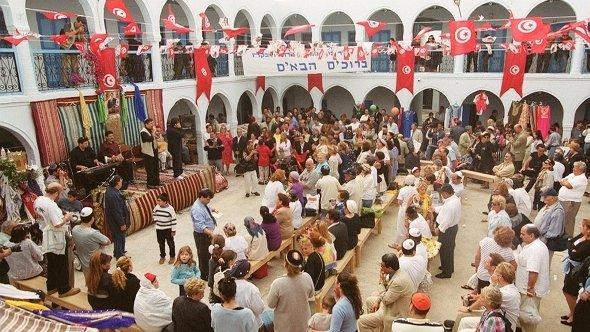 Jewish pilgrims in Djerba synagogue in May 2001. The history of the Jews in Tunisia goes back to Roman times. Before 1948, the Jewish population of Tunisia reached a peak of 110,000. From the 1950s, half this number left for Israel and the other half for France. In 2011, 700 Jews were living in Tunis and 1,000 on the island of Djerba

​​"The situation began to change in 1967 with the Six Day War and the dangerous and unfair equation of Jews with Israelis," Bismuth, president of the World Center for North African Jews in Marseille, said. The Israeli-Palestinian conflict has become a conflict between Jews and Muslims, precipitating the emigration of most Jewish families in Tunisia, he said.

The revolutionary upheaval of the Arab Spring had brought hope for greater religious equality in Tunisia. In early 2011, former president Zine El Abidine Ben Ali was deposed. Jewish establishments were attacked twice during the ensuing chaos. In one of the attacks, Islamists attempted to force their way into Tunis' main synagogue, yelling anti-Semitic epithets.

Interim President Moncef Marzouki promised the Jewish community protection. In the future parliament, Jews may be allotted two seats. But concerns remain. Perez Trabelsi, the head of the Jewish community in Djerba, recently called for more protection after a failed attempt to kidnap a Jewish person in the city of Zarzis.

And the Israeli government has discouraged its citizens from participating in the traditional pilgrimage in Djerba this year, fearing terrorist attacks. In 2002, the Ghriba Synagogue in Djerba was devastated in an al Qaeda attack, killing 21 people including 14 German vacationers.

Bismuth believes the Tunisian government hasn't taken a clear position on Jews and minorities, because "the ruling Ennahda party has Salafist allies," who are, he says, very anti-Semitic. He worries that if the situation deteriorates, then the last Tunisian Jews will emigrate.

Home
Print
Newsletter
More on this topic
Jewish and Muslim Mysticism: Jewish Mystics on the Sufi PathCultural Exchange between Egypt and Israel: Anti-Normalisation as a Way of LifeIbn Rushd and Maimonides in ''Out of Córdoba: ''The Muslim-Jewish Heritage of Islamic Spain
Related Topics
Jews in the Islamic world, Dialogue of Religions, Islamism | Political Islam, Minorities in the Muslim world, Tunisian Revolution, Salafis | Salafism
All Topics

Her grandparents are Jews – born in Tunisia and Algeria. Director Cleo Cohen has now broken the silence about this with a very personal debut. By Nadine Wojcik END_OF_DOCUMENT_TOKEN_TO_BE_REPLACED

Moncef Marzouki was Tunisia's first democratically elected president after the fall of dictator Ben Ali. Today he is the most prominent critic of increasingly counter- ... END_OF_DOCUMENT_TOKEN_TO_BE_REPLACED

Asef Bayat, professor of Sociology at the University of Illinois, Urbana-Champaign, has been studying revolutions and how they affect people since 1979. In his recent book, " ... END_OF_DOCUMENT_TOKEN_TO_BE_REPLACED

Every year in December, the team at Qantara.de takes a look back at the articles that proved most popular with our readers. This year is no different. Here is a run-down of the ... END_OF_DOCUMENT_TOKEN_TO_BE_REPLACED

In this new bilingual edition, translated by Humphrey Davies, al-Jawbari, one of the thirteenth century's leading experts in skullduggery reveals all there is to know about the ... END_OF_DOCUMENT_TOKEN_TO_BE_REPLACED

Moroccan sociologist Fatima Sadiqi believes that women's movements in North Africa have changed over the past ten years. Today, women from all social classes are fighting together ... END_OF_DOCUMENT_TOKEN_TO_BE_REPLACED
Author:
Andreas Gorzewski
Date:
Mail:
Send via mail

END_OF_DOCUMENT_TOKEN_TO_BE_REPLACED
Social media
and networks
Subscribe to our
newsletter