Jews, Christians and Muslims: the birth of science

Contemporary science has its roots in the work of medieval Jewish, Christian and Muslim scholars who set about translating ancient texts with a view to preserving and passing on the precious knowledge they contained. A new touring exhibition by the Austrian National Library focuses on this heritage. As the organisers say, the significance of this transfer of knowledge cannot be overstated. By Fabian Schmidt 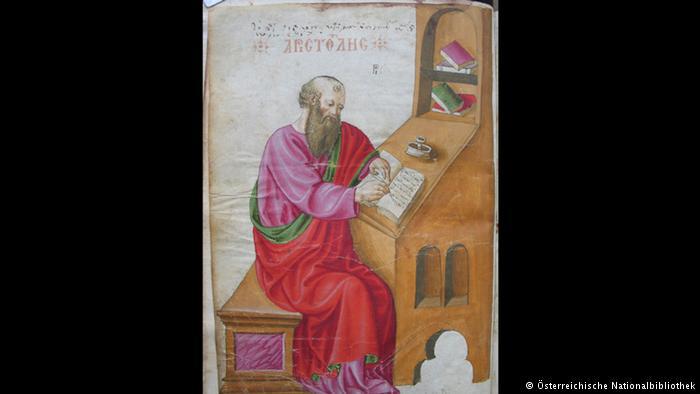 In the Middle Ages, scholars studied the knowledge and findings of ancient thinkers and philosophers. An exhibition by the Austrian National Library, which opened in Berlin on 9 December, is dedicated to this important work. Above: the Greek polymath Aristotle (384 BC to 322 BC) in a Roman illustration dating from 1457 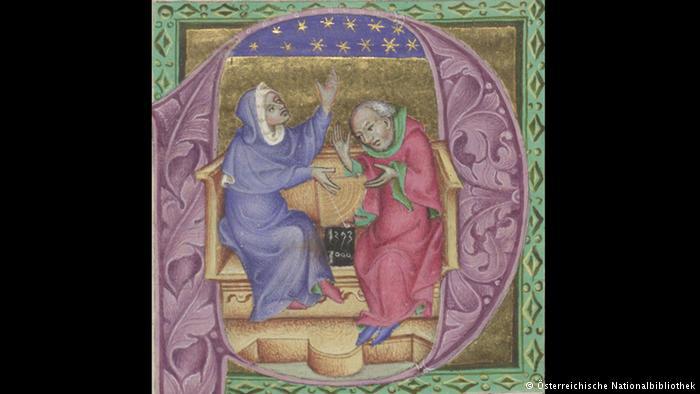 Sun, moon and stars: the illustration above was produced in Prague between 1392 and 1394, roughly a century before Copernicus discovered that the Earth moves around the sun and our planet is not the centre of the universe 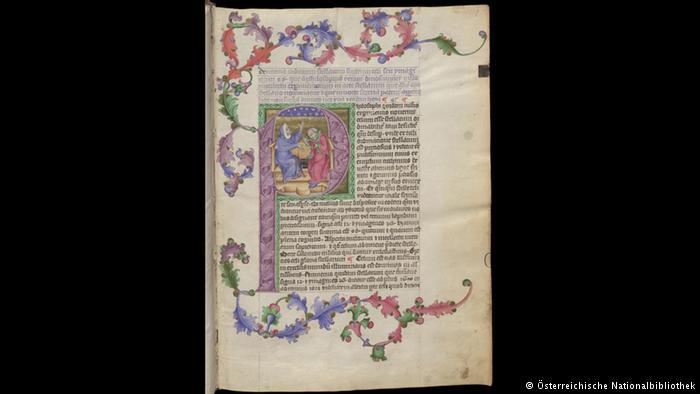 Passing on knowledge in writing: Johannes Gutenberg invented printing roughly 60 years after the book seen above was produced. Until then, all writing and illustations were done and copied by hand. In Jewish, Christian and Muslim cultures, the reproduction and translation of ancient knowledge for future generations became a veritable industry in its own right 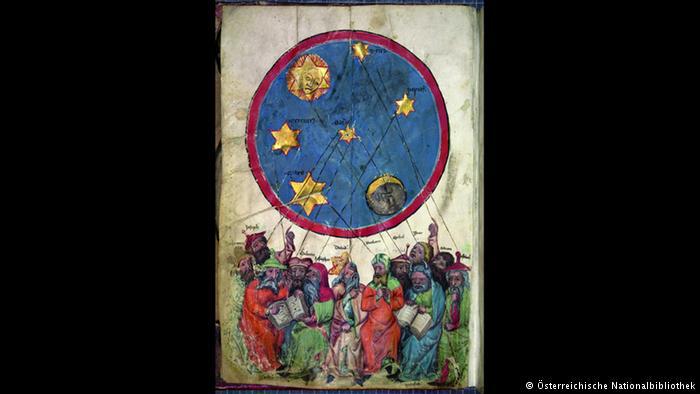 Universal knowledge: this illustration is taken from a book that was produced in what is now Hesse in Germany in 1370. It depicts twelve masters beneath the heavens. As indicated by their headdresses, each master represents one of the great cultures of the time – from Orient to Occident 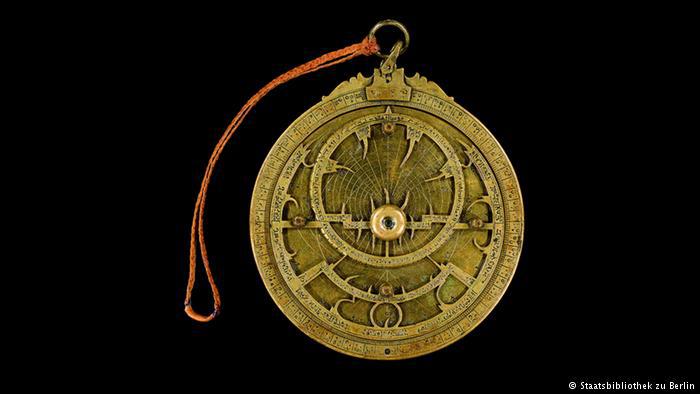 Star-gazing: this astrolabe, which was used to determine the position of stars, was produced by a Muslim master in Toledo, in what is now central Spain, in 1029. The Moors' conquest of most of the Iberian peninsula began in 711 and lasted until 1492. Over the course of seven centuries, the Moors created a rich treasure of architecture, such as the Alhambra near Granada, and a wealth of manuscripts 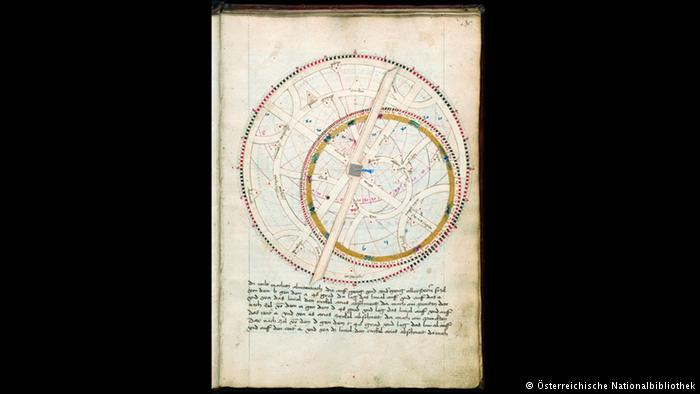 Great minds think alike: although the similarities to the previous astrolabe are striking, this illustration is taken from an astronomical anthology that was published in Vienna 400 years later in 1480. Eccentric circles are used to explain the ecliptic nature of planetary orbits, while peaks indicate fixed stars 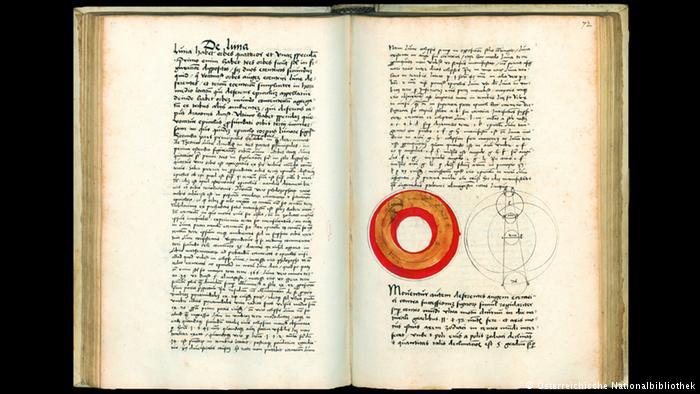 Moonstruck: the moon was of particular interest to astronomers in the Middle Ages. This is hardly surprising considering that it is the only celestial body that seems almost close enough to touch when the sky is clear. This book, published in Leipzig in 1505, explains the meaning and origin of lunar phases 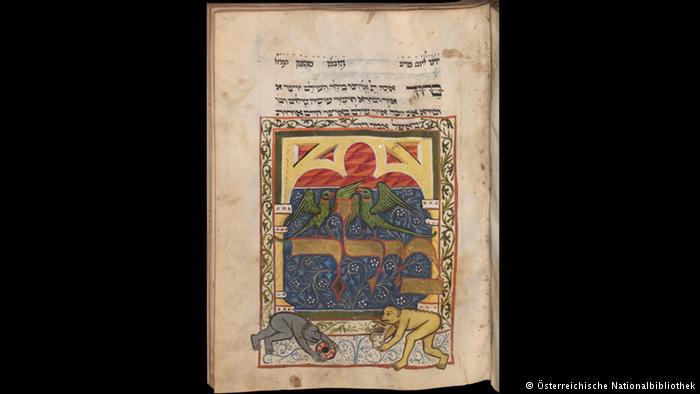 Understanding the days, months and seasons: calendars play a key role in all religions. They are the bridge between astronomy and the belief systems of all world religions and serve to structure events and rituals. Shown here is a prayer book in Hebrew, a Machzor, originating in Vienna in 1415. This page shows the second day of the year 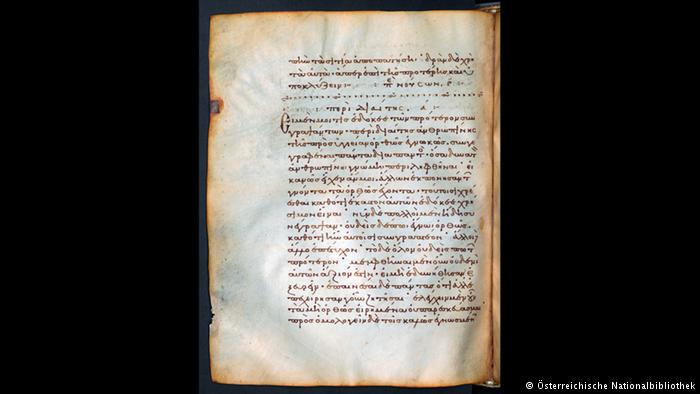 Eating healthier food: Hippocrates of Kos lived from 460 to 370 BC yet his nutritional advice was still of interest to people living in the 10th century AD. This Latin reproduction "De vicus ratione" focuses on the importance of a good diet 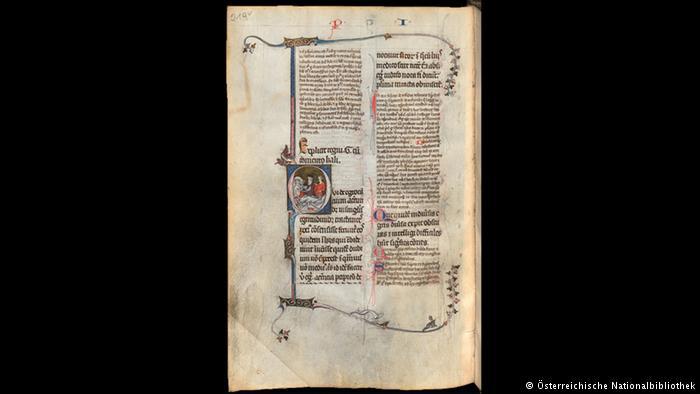 Recovering from illness: the illustration above is taken from another reproduction of Hippocrates' wisdom. It was published in Paris in the early 14th century. The text and illustration deal with the treatment of a patient 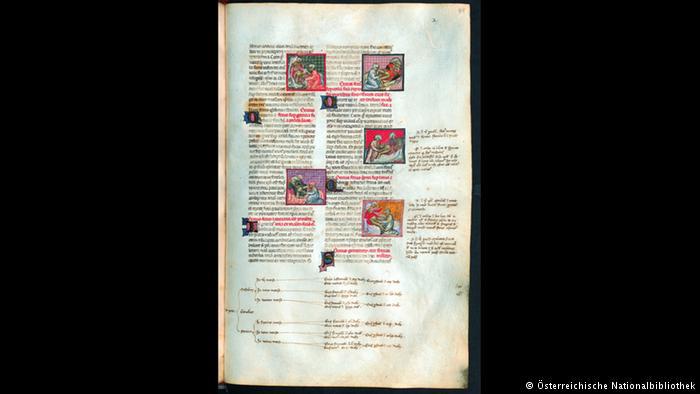 A guide to birth: this book, which was written with surgeons and midwives in mind, was produced in southern France in the second half of the 14th century. It shows and describes the process of giving birth 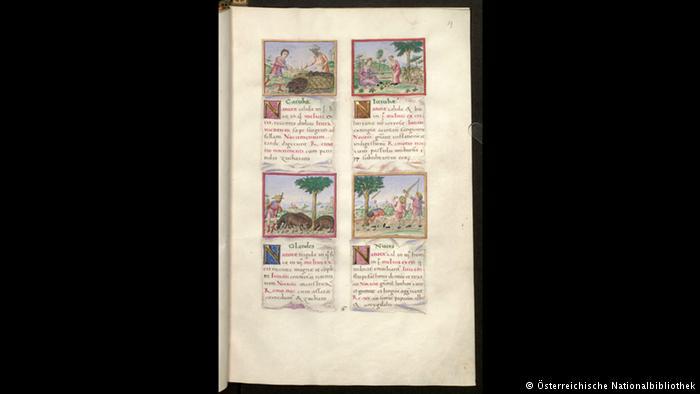 Understanding and using plants: this reference work would have been invaluable to anyone wanting to know how to plant and use all manner of plants including carob, acorns, jujubes and walnuts. The biologists who wrote it worked and studied in Veneto at the end of the 15th century 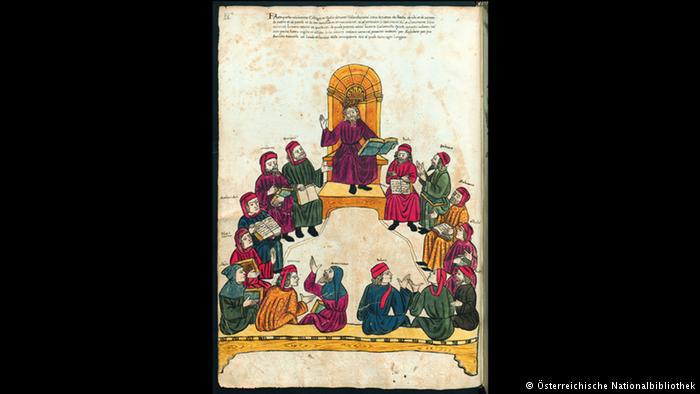 Knowledge is power: the Persian polymath Avicenna is depicted in this illustration as a king, surrounded by a circle of debating doctors. The illustration dates from the late 15th century, about 600 years after Avicenna's death. The book was published in Latin in Veneto and shows that the teachings of the Persian scholar were still of great interest at the time 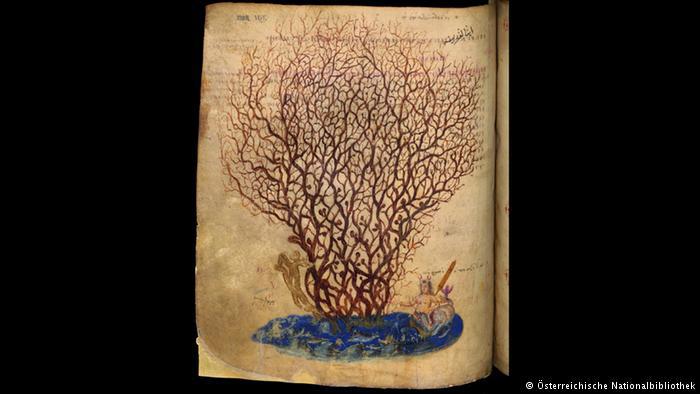 Age-old corals: this is one of the oldest illustrations in the exhibition. This coral was painted sometime before 512 in Constantinople. The authors' description of the coral was in Greek 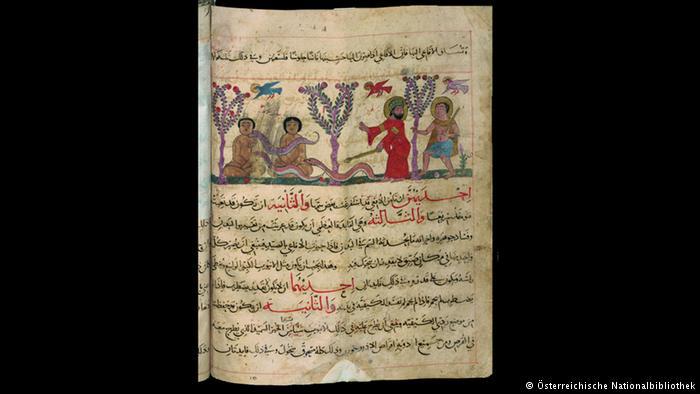 Of snakes and men: this illustration shows how to use hay-stuffed dummies to catch vipers. The book from which it is taken was probably published in Arabic in Mosul sometime around the year 1220 and contains texts of the classic Christian theologian and philologist John Philiponus

END_OF_DOCUMENT_TOKEN_TO_BE_REPLACED
Social media
and networks
Subscribe to our
newsletter