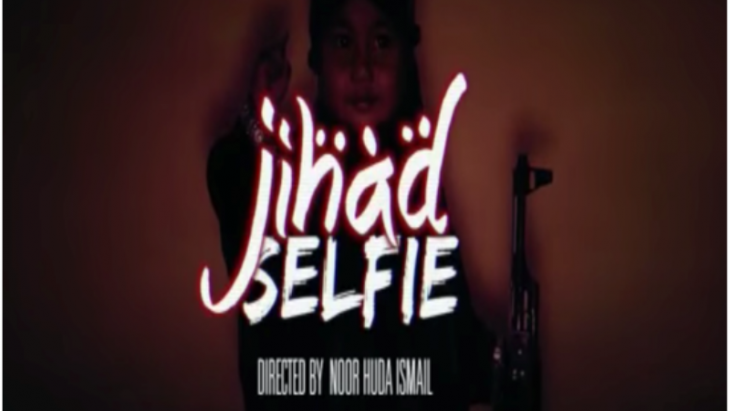 No one is born a terrorist

Written and directed by Indonesian Noor Huda Ismail, ″Jihad Selfie″ takes an in-depth look at the reasons behind radicalism. It is a warning to parents and young people of how social media often functions as a breeding ground for IS fighters. By Edith Koesoemawiria

″I will only show this if there is a discussion afterwards,″ says Noor Huda Ismail, author and director of ″Jihad Selfie″ to the group of mostly women in a small Jakarta gallery in Indonesia. Smiling at the young people and children sitting on the floor, the security advisor reminds the parents, ″there will be some graphic images; you will have to explain them later.″ A father of two, his film comes across as a warning to parents and young people of how social media often functions as a recruitment ground for IS fighters.

Staccato sounds of digital bullets attack the senses as the film begins. Theirs was a chance meeting, 2014, in a small kebab shop in Kayseri, central Turkey. Noor Huda Ismail spotted 16-year-old Teuku Akbar Maulana, whom he correctly guessed was an Indonesian student. Spontaneously Huda, as he is called, invited Akbar to lunch.

Show and tell on social media

Warmed by his interest, Akbar spoke of being invited to Syria by two friends, to join Islamic State. He showed Facebook pictures of Yazid, an ex-roommate, carrying an AK 47 with an IS flag in the background. Akbar thought his friend appeared bold and heroic. He felt becoming a jihadist would give him the same image. Realising how potent the images were, Huda became anxious for his young friend and gave him his mobile number.

Not knowing whether they would meet again, he asked Akbar to contact him whenever he wanted. ″This is a new trend. Terrorist organisations, like IS, are recruiting youngsters who have nothing to do with known Indonesian networks,″ says Huda. ″Young people still in search of their identity spend a lot of time online. Many do irrational things just to show that they exist.″

Unexpectedly Akbar did call. Apparently neither of his friends showed up to take him to Syria.

Part of something bigger

From Yazid, Akbar learnt that joining IS not only meant getting a salary, food and the possibility of travelling in the Middle East, but that he was joining something bigger and more meaningful. Yazid introduced him to Wildan Mukhallad, an Olympic maths champion, who strengthened Akbar′s wish to join the IS jihad. Wildan truly believed in the IS cause. Only later did Akbar learn that Wildan had died as a suicide bomber.

″Jihad Selfie″ takes an in-depth look at the reasons behind radicalism. Huda also traces Wildan′s background at the Al-Azhar University in Cairo, Egypt where the young suicide bomber studied. He visits Wildan′s family in Indonesia and the religious boarding school Al Islam in Lamongan which Wildan attended. The boarding school was founded by Ali Ghufron′s family. An ex-jihadist in Afghanistan, Ali Ghufron was the main perpetrator in the Bali bombing. Although the boarding school does not support IS, five students and one instructor at the school have joined terror groups.

Huda uncovers how IS ideology has spread through several Indonesian cities, visiting schools with radical reputations, talking to some of their jailed leaders. In one of his interviews, he speaks to Fauzan Al Anshori, founder of the Anshorullah religious boarding school in Ciamis. The school is a transit place for willing martyrs on their way to the Middle East. With his film, Huda describes how complex radicalism is. It is knowledge based on personal experience.

Sent to an Islamic boarding school in Ngruki near Solo in 1985, Huda was keen to join the Afghan jihadists in his youth. Feeling that the Indonesian government was against Islamist activists, he instead joined Darul Islam, a radical group that aimed to establish an Islamic state in Indonesia. As luck would have it, he was never an active member. Becoming a journalist who needed to learn and listen to various views, his stance began to change. The turning point came in 2002 while he was covering the Bali bombing.

More than 200 people died and Huda learnt that a friend of his was one of the bombers. Huda worked through the shock in his book ″My Friend the Terrorist″, beginning to research how normal people become radicalised. He also founded the Institute of International Peace Building (Yayasan Prasasti Perdamaian), which assists the reintegration of former terrorists into society through work. "No one,″ he says, ″is born a terrorist. It is an acquired process.″ 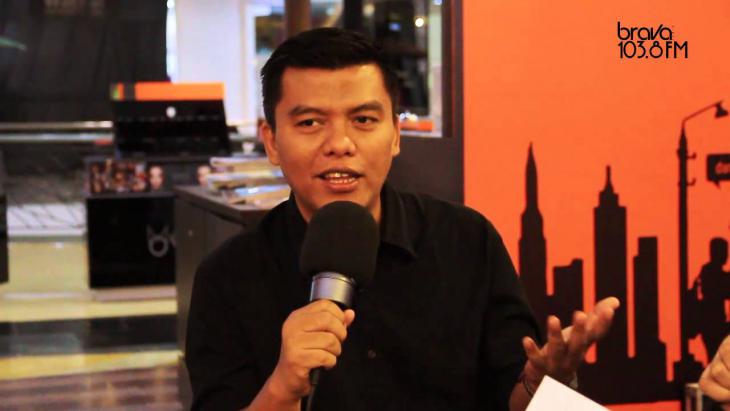 Noor Huda Ismail founded the NGO Institute for International Peace Building (IIPB) in January 2008 in response to the threat of terrorism. With the IIPB, Ismail has pioneered a new, more effective ′soft approach′ that focuses on developing and deepening our understanding of peace and conflict, political violence, terrorism and other transnational crimes

Akbar decided against joining IS, because he felt strongly about his family. He didn′t want to sadden his mother, after all the pain she went through giving birth to him.

According to Huda, the boys who died did not have the same closeness to their parents. He finds that a strong family bond is important both in thwarting radicalisation and also in the rehabilitation process. The two, Akbar and Huda have remained friends.

Following in Huda′s footsteps, Akbar has recently co-written a book, ″Boys Beyond The Light”, with novelist Astrid Tito, due to be launched this year. He also accompanies Huda at film screenings. Asked whether they reckon with backlash, Huda answers seriously, ″This is a personal film dedicated to my children. I don′t want them to become terrorists.″

Noor Huda Ismail is currently writing on gender and masculinity in Indonesian foreign fighters for his PhD programme at Monash University in Melbourne.

In his book "Ground Zero: 9/11 und die Geburt der Gegenwart" (Ground Zero: 9/11 and the Birth of the Present) Islamic scholar Stefan Weidner analyses the consequences of the ... END_OF_DOCUMENT_TOKEN_TO_BE_REPLACED

To Afghans, the name "Panjshir" evokes associations with the Tajik resistance against the Soviets during the 1980s. But the special charm of the province lies in its landscape. ... END_OF_DOCUMENT_TOKEN_TO_BE_REPLACED

The USA and NATO plan to withdraw from Afghanistan by September. The operation is risky, the outcome uncertain. Many Afghans fear civil war. The quake on the Hindu Kush will also ... END_OF_DOCUMENT_TOKEN_TO_BE_REPLACED

Even in times of war and pandemic, refugees are still being deported to Afghanistan. Several deportation flights have taken place in recent weeks alone. Since those affected often ... END_OF_DOCUMENT_TOKEN_TO_BE_REPLACED

The Prophet Muhammad never executed anyone for apostasy, nor encouraged his followers to do so. Nor is criminalising sacrilege based on Islam’s main sacred text, the Koran. In ... END_OF_DOCUMENT_TOKEN_TO_BE_REPLACED
Author:
Edith Koesoemawiria
Date:
Mail:
Send via mail

END_OF_DOCUMENT_TOKEN_TO_BE_REPLACED
Social media
and networks
Subscribe to our
newsletter