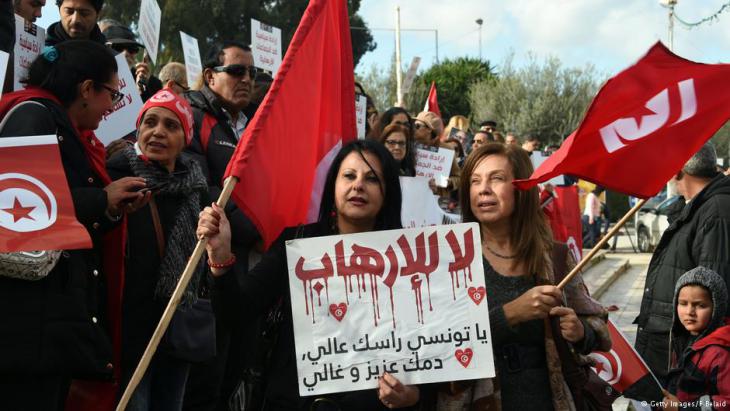 Our image of Arab countries tends to be dominated by terror and violence. Yet many people across the region are working hard to defend their freedoms and fight for a decent life – under difficult circumstances. An essay by Asiem El Difraoui

Security agency failures, the dangers posed by refugees and migrants – and the call for tougher laws in the fight against terror. Just as it was following the attacks in July 2016 and November 2015 in Paris, where I live, public debate in Germany has also been dominated by these issues in the wake of the terrible Berlin Christmas market attack. Yet as far as efforts to address jihadism are concerned, this debate merely scratches the surface.

One aspect that politicians and the media rarely touch on is the fact that the confrontation with jihadism will continue for decades.

My Norwegian colleague Thomas Hegghammer recently published a troubling article in the specialist publication "Perspectives on Terrorism". The title: "The Future of Jihadism in Europe: A Pessimistic View".

Hegghammer, one of the most highly regarded jihadism specialists in the world, cites four main reasons or, more accurately, four trends that show why jihadist terror will continue to affect Europe for decades to come.

Secondly: an increasing number of charismatic individuals among those returning from Syria and Iraq who pose a danger and who are focused on recruitment to the cause.

Thirdly: the continuing conflicts in the Arab world. 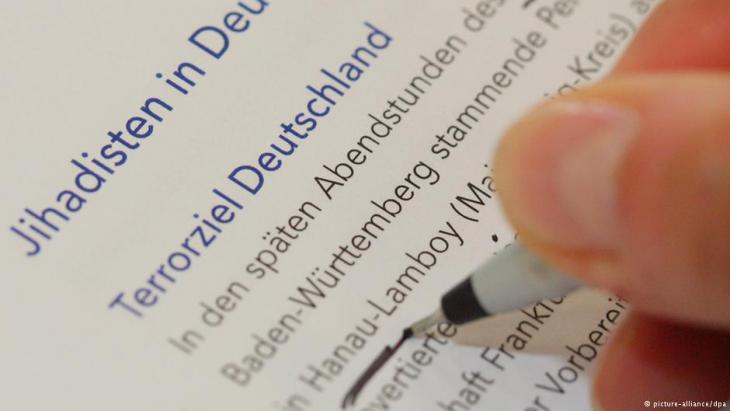 Jihadism as long-term phenomenon: "in order to effectively fight against terror, our politicians must clearly and openly concede that the confrontation with jihadism will last decades and that this evil will only be vanquished if efforts are made to tackle all of its roots, whether they be ideological, societal or socio-economic," writes Asiem El Difraoui

When Hegghammer, a senior research fellow at the Norwegian Defence Research Establishment, talks about an increasing number of economically disadvantaged Muslims, he is not only attributing this to a growing number of migrants, but also to a higher birth rate as well as social and economic discrimination.

I have myself spoken to dozens of jihadists in recent decades in Europe and the Arab world. For a long time, I believed the ideology of terror to be a peripheral phenomenon, a dangerous one, but one that could be brought under control relatively quickly, even after 9/11.

But since the US invasion of Iraq in 2003 and its aftermath, I have gradually come to the conclusion that the confrontation with the jihadists will affect many generations to come.

In my view, Hegghammer's reasons can be expanded with at least three more:

Firstly: the spread of a jihadist anti-culture and ideology predominantly among young Europeans since the US invasion of Iraq.

Secondly: the lack of a common European policy in dealings with authoritarian regimes in the Arab world, which created the initial breeding ground for jihadism.

By this I am not only referring to the Assad regime, but also and most specifically to our economic partner Saudi Arabia: with the long-tolerated propagation of their state doctrine of Wahhabism, worldwide and therefore also in Europe, the Saudis have created the intellectual breeding ground for the spread of jihadism.

Thirdly: an increasingly dual polarisation – on the one hand the polarisation of our societies with a flourishing right-wing populism which, with its Islamophobia, is driving increasing numbers of lost souls into the arms of the pied pipers of the purported jihad. This is of course precisely the aim of the attacks in Europe. On the other hand the jihadists also want to advance the polarisation between Europe and its southern Mediterranean neighbours. It is their goal to provoke the "clash of civilizations", in order that they can continue to peddle the lie that they are the defenders of Islam. 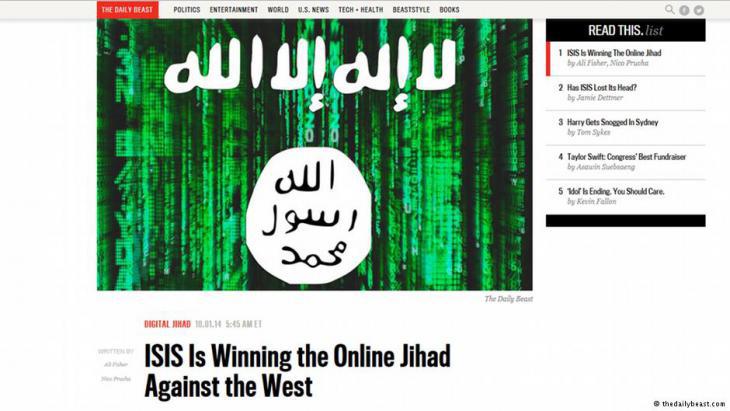 In order to effectively fight against terror, our politicians must clearly and openly concede that the confrontation with jihadism will last decades and that this evil will only be vanquished if efforts are made to tackle all of its roots, whether they be ideological, societal or socio-economic.

The military destruction of the ′Caliphate of Barbarity′ is just as necessary here as an improved and genuinely co-ordinated European security policy – almost all of the murderers, those who attacked in Brussels, Paris and Berlin, had lived in several European countries and were in some cases known to the authorities as a potential threat. But this is by no means enough.

Bin Laden has been dead for several years, and the ′Caliph of Terror′ is also likely to be eliminated at some point, but the poisonous ideas of jihadism will continue to exist. For this reason, the ideological confrontation with jihadism and our riposte is of huge importance.

In finding this response, it is not only a matter of refuting the mendacious salvation myth: "blow yourselves up, kill the infidels – and you will enter paradise". An open discussion must take place, beyond the confines of populist polemics, about which concepts of Islam allow themselves to be so easily distorted by jihadists and exploited to further their terror ideology.

In recent years, the term "counter-narrative" has become very much en vogue when talking about ideological confrontation. But simply to position oneself against something is a form of defensive action – a reaction. What is needed first and foremost is action: we need to take a courageous stand and clearly articulate our vision of free, constitutional, tolerant, coherent and just societies, making it clear that in this regard, the jihadist fallacy has nothing to offer. 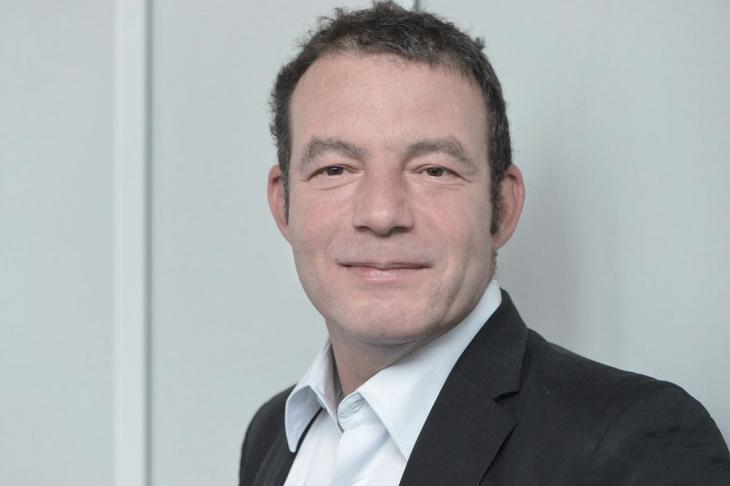 The German-Egyptian political scientist Asiem El Difraoui is co-founder of the Candid Foundation think tank in Berlin und Paris. For years the focus of his work with, among others, the Institute for Media and Communications Policy in Berlin has been terrorism

Thomas Hegghammer cites the Internet as a major contributing factor in the spread of jihadism. This is correct – I have myself conducted many years of research into the subject of the Internet as a jihadist propaganda and mobilisation instrument. Greater self-regulation of social media and the deletion of jihadist material is certainly necessary. But thus far, neither mass surveillance nor curtailment of online freedoms has prevented the spread of jihadism. It is therefore at least as important to set something against the websites of terror with their false version of Islam. This is something every Internet user can do.

In the battle against the ideology of total terror, we also need to prevent large sections of Europe′s Muslim population from becoming marginalised, either socially or economically. Nor will Europe be able to isolate itself from its neighbours on the south side of the Mediterranean – we live in a globalised world.

We may not be able to solve many of the problems of the Arab world, but we can – regardless of Brexit – create a common foreign policy that gradually erodes the jihadist breeding grounds there: on the one hand by adopting a clear stance against the Arab potentates and, on the other, through large-scale socio-economic aid and educational measures.

Above all, we must escape the polarisation trap and this is especially important for the media: there is no such thing as "us and them", the immigrants, the Muslims and those on the other side of the Mediterranean. All are victims of the blind terror that has cost hundreds of human lives in Europe, and tens of thousands in the Arab world.

Images and reports of a tide of refugees, of IS terror and total destruction dominate the media and spread fear. Yet there is so much more to report on in the Arab world. Under very difficult circumstances, under terrible dictatorships, civil societies remain extremely active in trying to defend freedoms and fight for a decent life. Much more connects us with our neighbours in the south than divides us. Combating jihadism requires a great deal of courage, resilience and honesty – not only from our politicians, but from each and every one of us.

Reading Hassan Blasim's God 99 is an immersive experience of grief and exaltation, anger and disgust, writes Marcia Lynx Qualey. We join the Iraqi narrator as he sits around in ... END_OF_DOCUMENT_TOKEN_TO_BE_REPLACED

Turkey's parliamentary and presidential elections are scheduled for June 2023. But they are already casting a shadow. While the opposition is calling for early elections, ... END_OF_DOCUMENT_TOKEN_TO_BE_REPLACED

Recep Tayyip Erdogan, disappointed by the European Union’s reluctance to integrate Turkey into its ranks, has re-directed his country’s diplomacy toward the Maghreb and Africa to ... END_OF_DOCUMENT_TOKEN_TO_BE_REPLACED

A law is currently being debated in Morocco that would legalise the cultivation and export of medicinal cannabis. For many small farmers, this would bring considerable advantages ... END_OF_DOCUMENT_TOKEN_TO_BE_REPLACED

Philosopher Juergen Habermas was due to be awarded a major Arab prize in Abu Dhabi, but has turned it down following criticism. This decision torpedoes Arab efforts at a ... END_OF_DOCUMENT_TOKEN_TO_BE_REPLACED
Author:
Asiem El Difraoui
Date:
Mail:
Send via mail

END_OF_DOCUMENT_TOKEN_TO_BE_REPLACED
Social media
and networks
Subscribe to our
newsletter