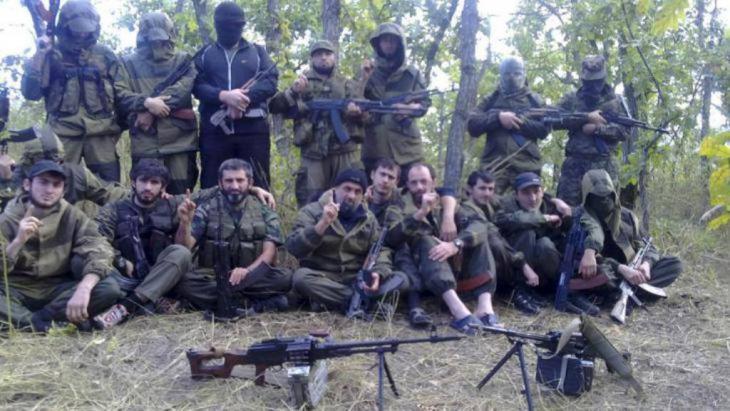 Pakistan, Afghanistan, Yemen and Somalia are known to be hotbeds of Islamist activity. For some time now, many young, radicalised Muslims have been leaving their homes in Europe and northern Africa to join the ranks of radical Islamist groups such as IS. However, little attention has thus far been paid to the number of jihadis coming out of the Russian Republic of Dagestan. By Kiran Nazish in Afghanistan

Most of the people who live along the Durand Line, the border between Afghanistan and Pakistan, are either security officials or nationals from Pakistan and Afghanistan. In recent years, however, there has been an influx of foreigners as various jihadi groups have been moving back and forth across the border. Uzbeks and Chechens are known to be among them. Of late, however, a new band of trained jihadis from the Russian republic of Dagestan have been joining them.

The Republic of Dagestan, the gateway to the Caucasus, is the southernmost republic of Russia. It is home to a large number of ethnicities. Most Muslims in the Republic of Dagestan are moderate followers of Sufi Islam. However, the country is now fast gaining a reputation as an exporter of Salafi-led Islamic militias. Local jihadi groups in Afghanistan and especially in Pakistan have been snapping up most of these fighters. Known for the tough training they get in parts of Russia, these fighters are considered more productive in the execution of terror attacks in the region.

Dagestan first appeared on the international terrorism map when it became known that Tamerlan Tsarnaev, one of the two men alleged to be behind the Boston bombing in the United States, had spent time there. Investigations revealed that he had been trained in Dagestan before he carried out the attack in Boston. Originally from Chechnya, Tsarnaev stopped off at a mosque in the Dagestani capital before receiving training in the forests of Dagestan. However, this was not the start of the history of terrorism in this mountainous country. 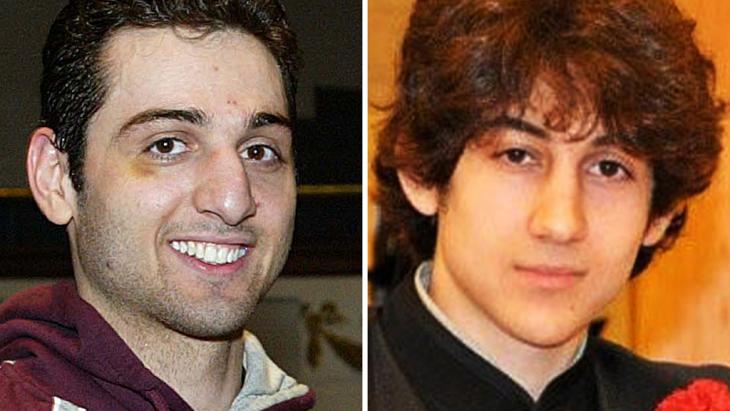 A dreadful attack that drew the world's attention to Dagestan: brothers Tamerlan Tsarnaev (left) and Dzhokhar Tsarnaev are alleged to have committed the bombing on the Boston Marathon in 2013. The ethnic Chechen brothers spent time in Dagestan before moving to the US, where they lived for about a decade before the attack on the Boston Marathon

Terrorist attacks made in the Caucasus

In August 1999, the Chechen-based jihadi group known as the Islamic International Brigade (or Islamic International Peacekeeping Brigade) launched a high-profile invasion attempt, aimed at helping Dagestan's own separatist militia (the Shura of Dagestan). There are reports that it was involved in the massacring of entire villages of indigenous peoples. Although the brigade was defeated by the Russian military, its support for separatist rebels in Dagestan never stopped.

In August 2012, one of Dagestan's most influential Sufi Muslim leaders, Sheikh Said Afandi Al-Chirkawi, was killed in a bomb explosion by a female Dagestani suicide bomber. The woman was Aminat Saprykina, a former dancer, who converted to Salafi Islam to get married. She joined jihad when her husband and brother in law were taken away, and their mutilated dead bodies were returned.

Terrorist groups in Russia are obviously exploiting the feelings of Muslims who are angry at the government, using their emotions and fear as a tool to recruit them as jihadis. As a result, attacks such as that against Sheikh Afandi have increased, deepening the rift between Sufi and Salafi Muslims in the country.

More and more Salafi Muslims are mourning victims of Russia's brutal crackdown on Salafi militias. The disorderly targeting of all Salafi Muslims means that Salafists are even more likely to fall under the spell of terrorist groups looking for vulnerable recruits. In the first half of 2012 alone, there were over 185 terrorist attacks in Dagestan, making it the most dangerous place in Europe. 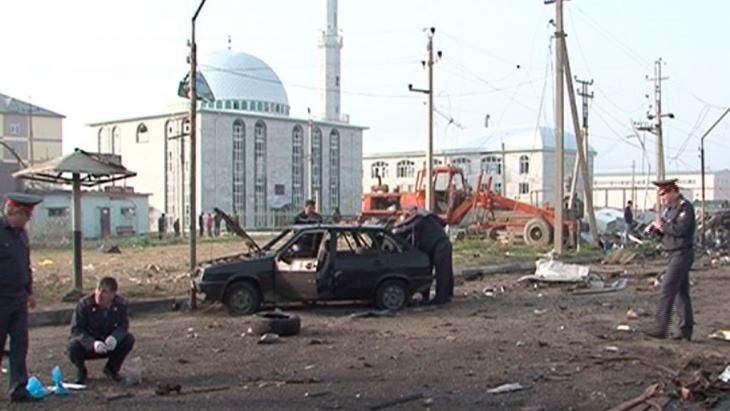 Investigators work at the site where two bombs exploded in the Dagestani capital of Makhachkala, 4 May 2012. As many as 20 people were killed and 30 more wounded when two powerful blasts hit a police post. According to Kiran Nazish, there were over 185 terrorist attacks in Dagestan in the first half of 2012 alone

Turning away from jihadism

One former jihadist from Dagestan, who until recently was working with a group in Pakistan, is now trying to start a new life and leave his radical past behind. Originally from Khustil, a small village in southern Dagestan, which is famous for its carpets and exports them all over the world, 33-year-old Ali Markaev [name changed – ed.] used to help out his relatives in the carpet business. He decided to join jihad in 2009 when his younger brother was abducted, tortured and killed, he says, by state security agencies. He went to the Dagestani capital, Makhachkala, to investigate but couldn't even begin. "I was angry and I was grieving," he says.

For a few weeks, says Markaev, he worked on an activist campaign fighting the abduction of young Muslims in Dagestan. But the authorities had a close eye on him: "I was being followed and questioned several times a day. When I went to get groceries or to the mosque, I was taken aside to ask who I was really meeting. I felt insecure about my safety when I saw many fellow activists being picked up," he continues. "At that time, I just wanted justice for my brother, and wanted the world to know that Muslims were being traumatised by the Russian government. It was a crime of speech, nothing more," says Markaev, "I was angry at the government. But I was also scared that they would kill me too. Young Muslims were being picked up every single day."

In the winter of 2009, Markaev attended an after-prayers meeting at the Kotrova Mosque. This is where he was inspired by the idea of jihad. He immediately decided to join the group that was leaving for the forest for jihad training. Many young men like him used to leave the city for the forest every week to receive training.

There, he got married to a girl from his village who also joined jihad. He says his wife was trained as a suicide bomber but did not carry out any missions because she disappeared, picked up, he assumes, by the Russian authorities. Several months later, her corpse was found in Makhachkala along with several others. He continued to help in jihadi training and recruited others. He says he saw dozens of jihadis being recruited by international terrorist groups. "Many went to Pakistan but they were usually working with the Chechen jihadis," he says. 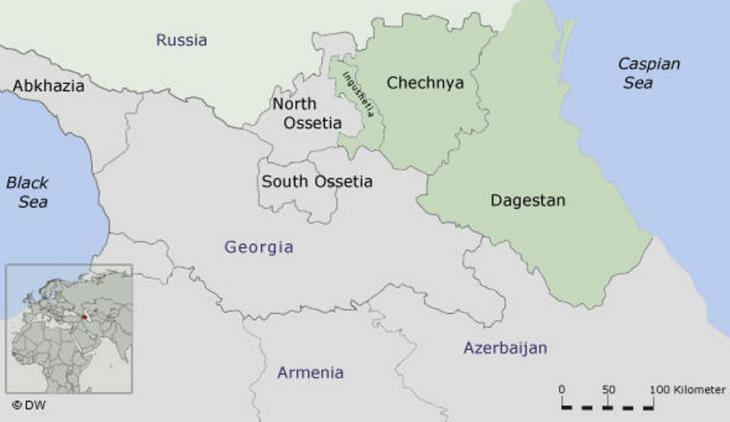 Clashes between authorities and Islamic militants have become part of everyday life in Dagestan, the largest and most violent of Russia's mostly Muslim provinces in the North Caucasus, a breeding ground for terror spreading all the way to Moscow and beyond

No freedom for the Muslim community through jihad

What changed Markaev's mind, he says, was that he couldn't see that jihad was bringing any freedom to the Muslim community. "The jihad has only made things worse for Muslims and the war is never-ending." He thought about it for a long time and decided that he no longer wanted to be part of it. Others, however, are still determined to fight. Markaev says that more and more are being recruited every day.

One reason for this could be that Dagestan was an "off-the-radar" safe haven for Islamic Salafist extremism for so long. Terrorism recruitment and training is often only associated with Pakistan, Mali, Afghanistan, Yemen or Somalia. Yet the number of Russian Salafist terrorists operating around the world is growing. For example, terrorists behind a high profile attack on Peshawar airport in 2013 came from Dagestan. The recent attack in Turkey's capital at the Sultanahmet Mosque in Jan 2015, is also rumoured to be linked to a Chechen group. Although Turkish authorities are still investigating, Russian media claim that the attacker came from Russia.

According to Ali Markaev, the only way out of the status quo is for governments to change their strategy in addressing terrorism. Abductions and human rights abuses do not silence people, he says. If people are given protection by their government and enjoy equality in their countries, "there is no way they would want jihad." For his part, Markaev has decided to turn his back on it all, keep a low profile, stay far away from former contacts, and try to start a new life. He is aware that he might yet be picked up by the authorities. If so, he says, "I will accept the punishment for my sins as I deserve it. I was misled. If I had it in my power, I would stop all Muslims from following this path."

Home
Print
Newsletter
More on this topic
The emergence of Islamic State in Pakistan: "They don't negotiate, they don't make partners"Taliban attacks on schools in Pakistan: "We will never forget what happened"Interview with Stefan Meister: "The Syria crisis is legitimising Putin"The Crimean crisis: The Near East – scene of a new Cold War?Islam in Russia
Related Topics
International terrorism, Islamism | Political Islam, Jihadism | Jihadists
All Topics

For some Afghans weighed down by decades of war and struggle, a little comfort and distraction can be found in the company of birds. As Mohammad Ismail visited Ka Faroshi bird ... END_OF_DOCUMENT_TOKEN_TO_BE_REPLACED

Ofarin is an association working hard in Afghanistan to provide girls an education. Founded by German aid worker Paul Schwittek it has transformed the lives of a generation of ... END_OF_DOCUMENT_TOKEN_TO_BE_REPLACED

The latest attack on Kabul University left staff and students feeling desperate and vulnerable. An international letter of solidarity aims to express support for the academic ... END_OF_DOCUMENT_TOKEN_TO_BE_REPLACED

After the devastating fires in the Moria migrant camp on Lesbos, Muhammad spent days on a sealed-off section of road with thousands of others. His most fervent wish is to leave ... END_OF_DOCUMENT_TOKEN_TO_BE_REPLACED

The Soviet Union's 1979 invasion and 10-year domination of Afghanistan started the country's descent into poverty and lawlessness. The country still has not found peace. People ... END_OF_DOCUMENT_TOKEN_TO_BE_REPLACED

After the al-Qaida terrorist network attacked the US on 11 September 2001, Germany backed the US-led military and diplomatic mission in Afghanistan – and still does. Nineteen ... END_OF_DOCUMENT_TOKEN_TO_BE_REPLACED
Author:
Kiran Nazish
Date:
Mail:
Send via mail

END_OF_DOCUMENT_TOKEN_TO_BE_REPLACED
Social media
and networks
Subscribe to our
newsletter