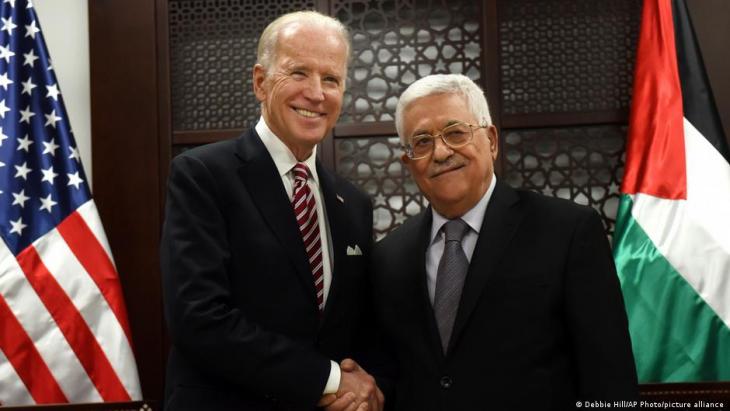 Joe Biden, Mahmoud Abbas – and the UN
The Palestinian ultimatum

By issuing an ultimatum before the UN General Assembly, Palestinian President Mahmoud Abbas hoped to shake the U.S. from its complacency and force Israel to engage in real negotiations to end its occupation of Palestinian lands. With Palestinians losing patience, the alternative is an upsurge in violence, writes Daoud Kuttab

Palestinian President Mahmoud Abbas was only ten years old when the United Nations was established. Last month, he addressed its 76th General Assembly and issued a bold ultimatum: Israel has one year to withdraw from the Palestinian territory it occupied in 1967, including East Jerusalem, or the Palestinians would no longer recognise Israel based on the 1967 borders, and they would take the occupation before the International Court of Justice.

Abbas, like more than half of Palestinians, is a refugee. He still possesses his family’s land deed from what is now the Israeli city of Safed – a deed that, he pointed out, is registered as part of the UN’s records. This state of affairs is not, he made clear, the Palestinians’ fault: "To those who claim there is no Palestinian partner for peace and that we do not 'miss an opportunity to miss an opportunity', I challenge them to demonstrate that we have rejected even once a genuine and serious initiative to achieve peace."

To be sure, in September 1967, in the wake of the June war, Arab leaders committed to the so-called Three Nos: "no peace with Israel, no recognition of Israel, no negotiations with it". But the opposite is true today. As Palestinian Prime Minister Mohammad Shtayyeh recently noted, it is now Israel that refuses to talk with Abbas, engage in any good-faith negotiations, or recognise the state of Palestine. 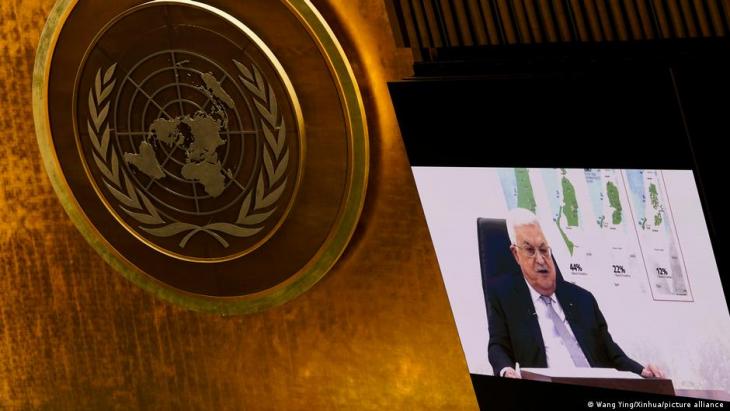 Palestinian President Mahmoud Abbas lays it on the line at the UN General Assembly: Israel has one year to withdraw from the Palestinian territory it occupied in 1967, including East Jerusalem, or the Palestinians will no longer recognise Israel based on the 1967 borders. What's more, they will also bring the Israeli occupation before the International Court of Justice. The current state of affairs is not, Abbas made clear, the Palestinians’ fault: "To those who claim there is no Palestinian partner for peace and that we do not 'miss an opportunity to miss an opportunity', I challenge them to demonstrate that we have rejected even once a genuine and serious initiative to achieve peace"

By contrast, Abbas affirms that the Palestinians are "ready to work throughout this year on the delineation of borders and solving all final-status issues under the auspices of the international Quartet" (the UN, the United States, the European Union, and Russia), and in accordance with UN resolutions. But, when the year is up, Israel must end its occupation.

Of course, Israel’s leaders do not intend to do any such thing, and it seems unlikely that their American partners will put much pressure on them. Yes, when Israeli Prime Minister Naftali Bennett visited the White House last month, U.S. President Joe Biden predictably affirmed his administration’s opposition to Israeli settlement-building and paid lip service to the two-state solution

But there is no reason to believe that Biden plans to push Israel on either of these issues, not least to avoid rupturing the country’s fragile governing coalition. In fact, Bennett and Biden reportedly agreed that the time is not ripe for direct Palestinian-Israeli negotiations. Apparently, they want to address the "quality-of-life" issues facing the five million Palestinians under military occupation, without working to remove the cause of those issues.

Mood grim amongst the Palestinians

The Palestinians have reached breaking point, and this is partly Abbas’s own fault. Last April, he again postponed legislative elections – supposedly over a dispute about voting in East Jerusalem, but actually to avoid a loss for his Fatah party – and used force against protesters. When people have been living under occupation for so long, and their political process is effectively shut down, their mood will inevitably turn grim. 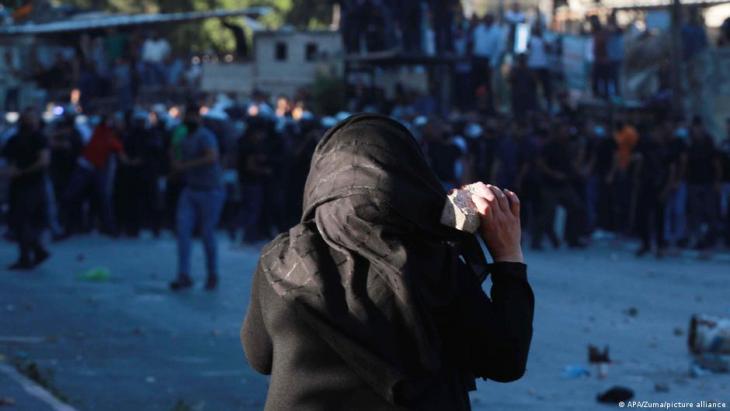 Palestinians betrayed by their own leadership: last April, Mahmoud Abbas again postponed legislative elections, supposedly over a dispute about voting in East Jerusalem, but actually to avoid a loss for his Fatah party. He has also used force against protesters – such as here, following the funeral of outspoken anti-corruption campaigner Nizar Banat, who died in Palestinian custody from injuriees sustained during his violent arrest

Already, violence has been replacing diplomacy as the primary means of engagement between Israelis and Palestinians. Last May, Hamas fired rockets from Gaza toward Israeli population centers. The summer was marked by near-daily Molotov-cocktail attacks and armed resistance to Israeli forces. While Israel responded with brutal efficiency, Hamas showed that it was prepared to fight.

In response to the violence, Israel imposed new economic restrictions on the Gaza Strip. It then declared that the reconstruction process in Gaza, beginning with the lifting of the illegal blockade, would be conditioned upon a prisoner exchange. And yet, Israel’s refusal to offer concessions made agreement on an exchange impossible. Tensions continued to rise.

It was against this background that six Palestinian prisoners escaped in early September from Gilboa Prison, one of Israel’s most secure facilities. As the men were hunted and captured, rocket fire was exchanged between Israel and Gaza. Hamas – which holds two Israeli soldiers in custody and the bodies of two other Israeli military personnel who were involved in the 2014 attack on Gaza – has now pledged to demand the release of the one-time escapees.

While all of this has unfolded, the U.S. has taken little action. The Biden administration has failed to produce any political framework for ending the Israeli-Palestinian conflict; it has not even endorsed a "roadmap" to a solution. Whereas previous U.S. presidents appointed an Israel-Palestinian peace envoy, the only American official tasked with following up on the conflict today is a deputy assistant secretary of state. 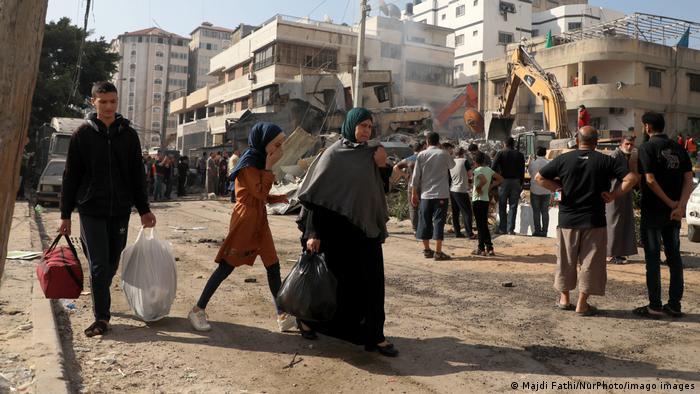 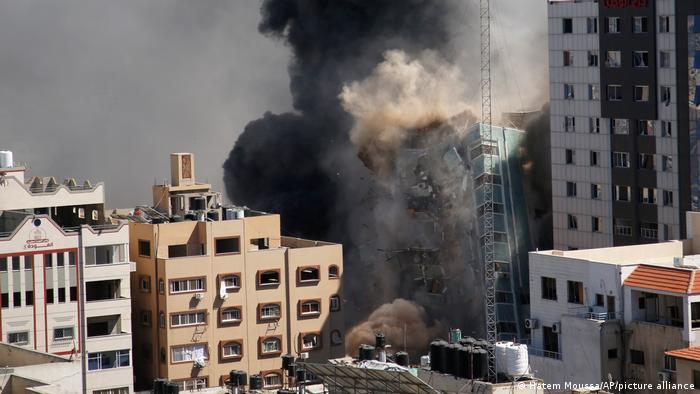 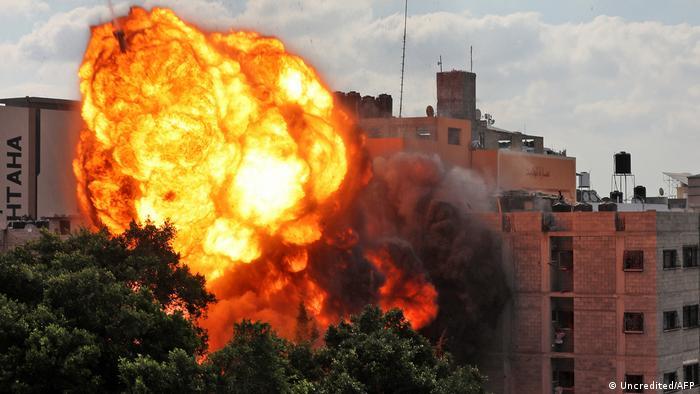 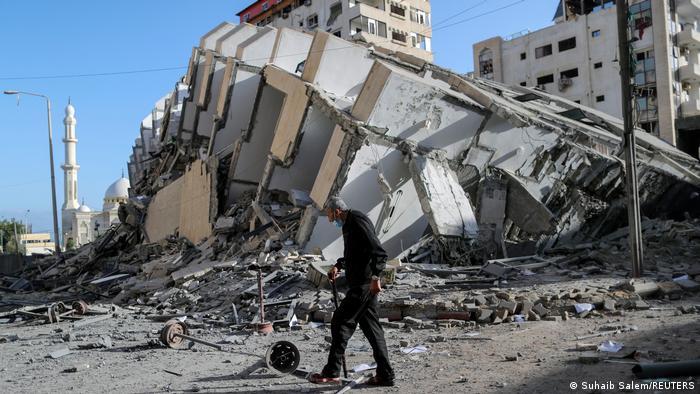 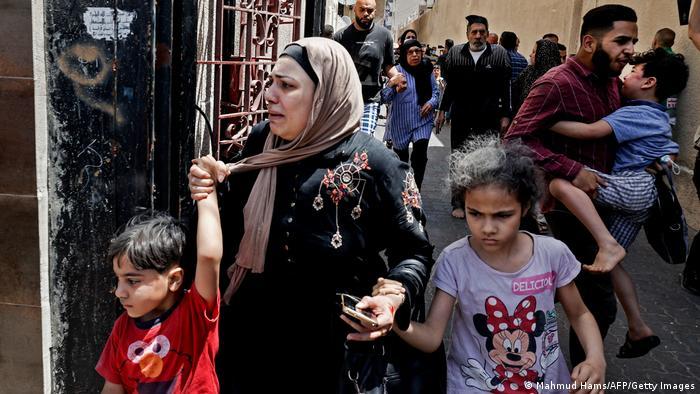 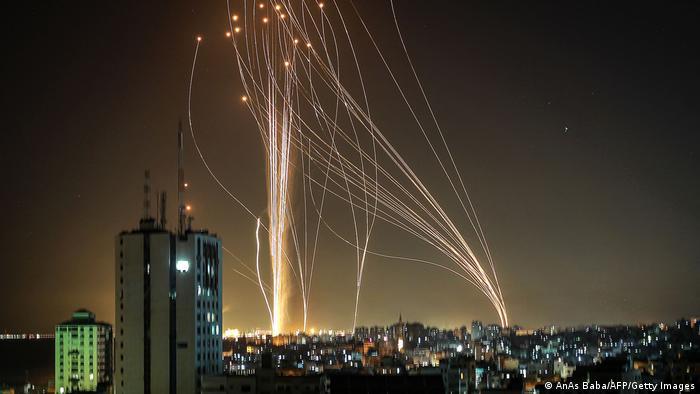 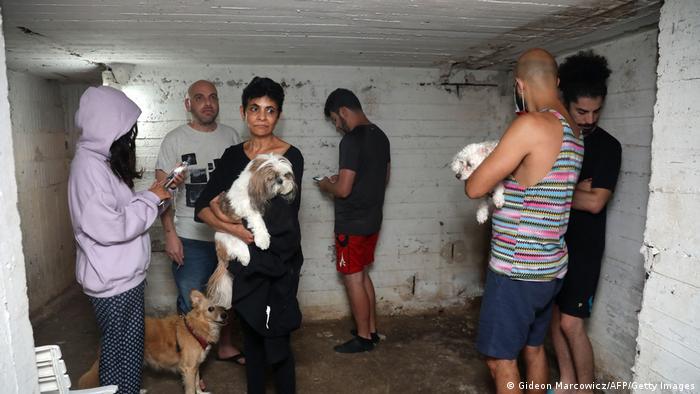 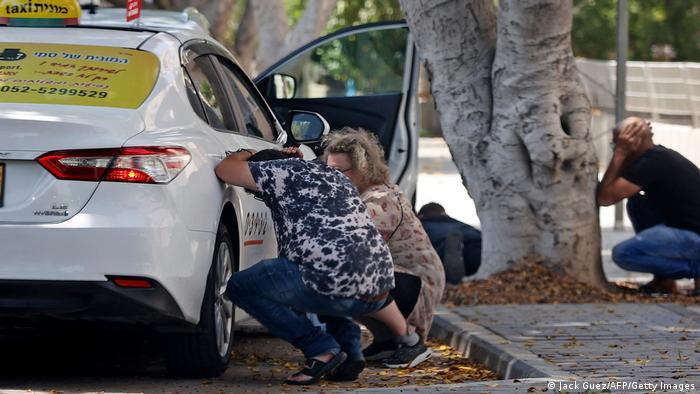 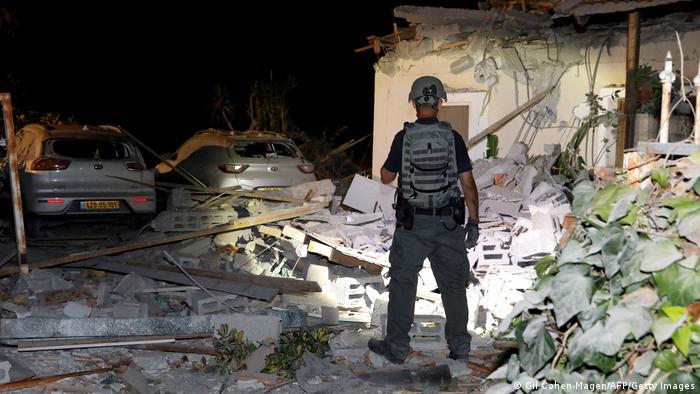 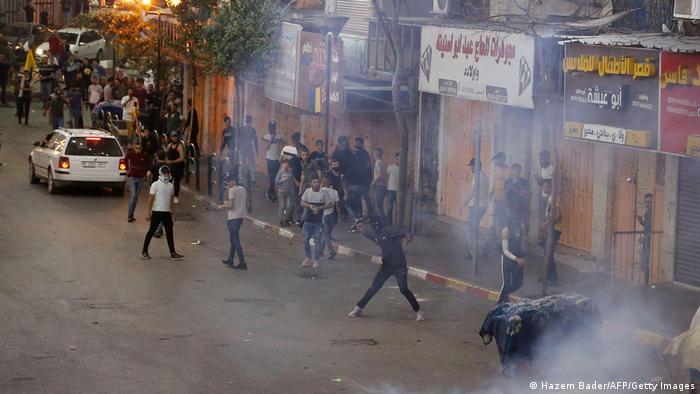 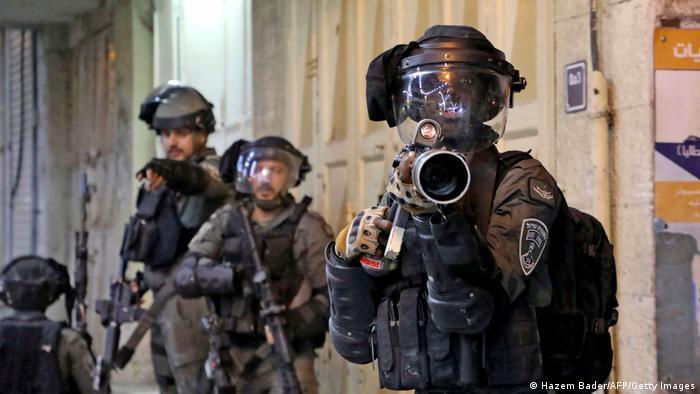 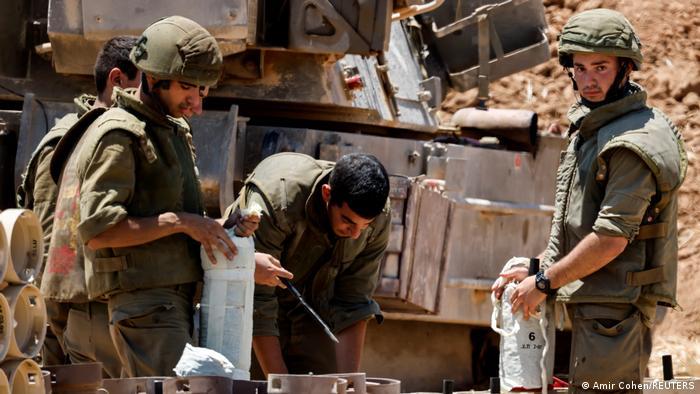 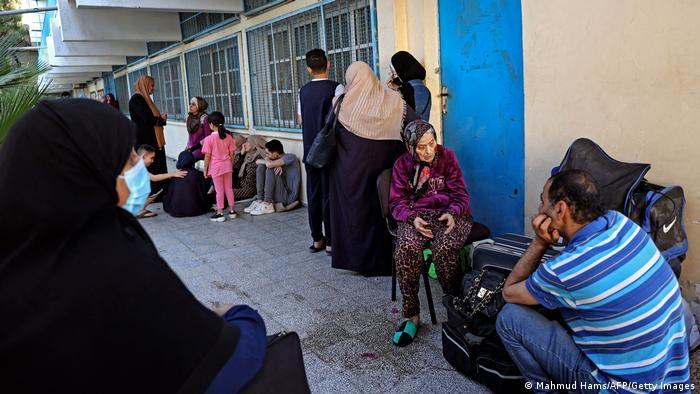 Like previous U.S. administrations, however, the Biden administration has continued to shower the Israelis with money. It is now an accomplice in the denial of the Palestinian people’s right to self-determination. And it is at least partly to blame for whatever violence transpires. As Abbas put it in his UN speech, "Our patience and the patience of our people have limits."

For decades, Israelis have essentially gotten a pass from the world to occupy Palestinian lands, because of the horrific crimes against Jews during World War II. But this can no longer be an excuse to subjugate the Palestinians. The time has come to end the Israeli blockade of Gaza, enact a genuine settlement freeze as demanded by UN Security Council Resolution 2334, and engage in genuine negotiations aimed at ending the occupation.

Abbas wants to see progress toward peace before he departs the political scene. With his UN ultimatum, he hoped to shake the U.S. from its complacency and force Israel to engage in real negotiations to end the occupation. Palestinians will not accept anything less.

Daoud Kuttab, a former journalism professor at Princeton University, is the founder and former director of the Institute of Modern Media at Al-Quds University in Ramallah.

Her grandparents are Jews – born in Tunisia and Algeria. Director Cleo Cohen has now broken the silence about this with a very personal debut. By Nadine Wojcik END_OF_DOCUMENT_TOKEN_TO_BE_REPLACED

Every year in December, the team at Qantara.de takes a look back at the articles that proved most popular with our readers. This year is no different. Here is a run-down of the ... END_OF_DOCUMENT_TOKEN_TO_BE_REPLACED

Christmas in Bethlehem is usually a festive and colourful season. This year, festivities in the Palestinian town are set to return – but the COVID-19 pandemic is still casting a ... END_OF_DOCUMENT_TOKEN_TO_BE_REPLACED

Haifa is known for being Israel’s exemplary model of relative harmony between Jewish and Palestinian citizens. Its unique "Holiday of Holidays" is a joyous, multicultural event ... END_OF_DOCUMENT_TOKEN_TO_BE_REPLACED

May 2021 saw a deadly flare-up in Israel-Hamas hostilities, with eruptions of extreme violence in several of Israel's 'mixed' cities. Two weeks later, a broad-spectrum governing ... END_OF_DOCUMENT_TOKEN_TO_BE_REPLACED

Ankara is seeking to improve its relations with several states in the Middle East – such as the United Arab Emirates, Egypt and Israel. There are several reasons for this. ... END_OF_DOCUMENT_TOKEN_TO_BE_REPLACED
Author:
Daoud Kuttab
Date:
Mail:
Send via mail

END_OF_DOCUMENT_TOKEN_TO_BE_REPLACED
Social media
and networks
Subscribe to our
newsletter