Secularism on the Test-Bed

The sociologist José Casanova confronts the paradigm that secularisation is a prerequisite for open and tolerant societies. In Europas Angst vor der Religion (Europe's Fear of Religion) he calls for an end to the strict division between faith and politics. A review by Lewis Gropp

The sociologist José Casanova confronts the paradigm that secularisation is a prerequisite for open and tolerant societies. In Europas Angst vor der Religion (Europe's Fear of Religion) he calls for an end to the strict division between faith and politics. A review by Lewis Gropp 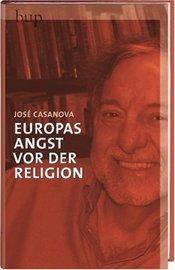 Arguments for the anti-democratic potential of secularism: José Casanova, world-renowned scholar in the sociology of religion

​​ "Europe's Fear of Religion" – the English title of José Casanova's book is a catchy and provocative formula for his ideas. The renowned Spanish scholar in the sociology of religion has lived and taught in the USA for many years, experiencing at first hand how religion can adopt a longstanding and central role in a modern society – unlike in Europe, where the majority of the population considers religion "intolerant", as Casanova cites various studies.

Proving this thesis is rather superfluous, one might say. No one would seriously dispute the fact that the churches in Europe have had a dwindling political and social influence over the past few decades. This development has a long and complex background, which José Casanova cleverly details in a brief sardonic summary.

"Once upon a time in medieval Europe, there was a fusion of religion and politics, as is typical of pre-modern societies. However, under the new conditions of religious diversity, extremist sectarianism and a conflict prompted by the Protestant Reformation, this fusion led to the most terrible, brutal and long-lasting religious wars of the early modern age, reducing European societies to rubble. The secularisation of the state was the successful answer to this catastrophic experience, which has apparently left a lasting impression on the collective memory of European societies."

The ironic tone reveals the author's disapproval of this interpretation of history. In fact, Casanova's aim is to disprove this very paradigm, according to which secularisation is a prerequisite for open and tolerant societies and automatically leads to democracy. 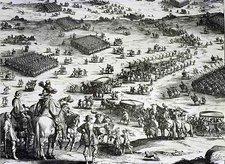 Contrary to popular belief, Europe's religious wars in the 17th century by no means prompted a process of secularisation. - Jacques Callot: "The Siege of Breda", engraving series (1627-1629)

​​ Casanova does indeed formulate one or two accurate observations – for example explaining that the religious wars and the Thirty Years' War by no means prompted a process of secularisation, instead leading to a territorialisation of religious denominations and the modern absolutist feudal state. However, the arguments Casanova raises against secularisation and against the division of state and religion are neither new nor well compiled.

To quote one example, Casanova issues the exhortation that Europe's godlessness eventually led to totalitarianism and reached its pinnacle in the brutal twentieth-century wars of destruction. "All these terrible conflicts," writes Casanova, "were [...] the product of modern secular ideologies."

Another of Casanova's arguments for the anti-democratic potential of secularism is the Soviet Union's anti-religious policies. As indisputable and correct as this may be, his mingling of disparate concepts under the mantel of science is verging on the obscene.

There is no arguing with the fact that the twentieth century was plunged into the most devastating wars of destruction in human history by 'godless ideologies'. Yet putting these crimes against humanity down to the principle of division of religion and politics is nothing more than a primitive deduction process, a more serious mistake than any academic carelessness. Hitler and Stalin have hardly gone down in history as champions of secularism.

Not primarily interested in the separation of religion and politics: Adolf Hitler and Joseph Stalin

​​ Yet by underpinning his argumentation in this unsystematic and selective manner, the author suggests a link between the ideas of the Enlightenment and the atrocities of fascism and Stalinism. To top it all, Casanova even posits the claim that it was effectively the churches and religious political parties that led Europe to the path of democracy.

"Very often, it was in fact religious groups and religious policy that – sometimes in a paradox manner and unintentionally – contributed to democratisation and secularisation of politics in many European states. [...] Even those political parties that originally developed as anti-liberal and at least in the ideological sense as anti-democratic [...] ultimately played a very important role for the democratisation of their societies."

Casanova's clumsy and contradictory formulations reduce his own argumentation to absurdity.

The achievements of ideological neutrality

Dubious influence of religion on politics: George Bush claimed he was on a mission from God when he launched the invasions of Afghanistan and Iraq

​​ Indisputably, Europe does have a problem with the at times exaggerated rejection of religion, and faith can actually play a more constructive role in culture and society. The problematic aspect of Casanova's book, however, is that he questions and discredits the achievements of the enlightened and ideologically neutral state, which guarantees its citizens freedom of religion as is currently the case in Germany, for example – and yet does not even begin to explain in concrete terms what role faith ought to play.

It would be easy enough to disprove Casanova's thesis that religion and politics should not be separated. There are countless countries where the role of religion in politics has proved an explosive mix: Pakistan, Iran, Nigeria, Malaysia, Palestine, to name but a few.

And even in the USA, a country that Casanova cites as a positive counter-example to the European model, the influence of faith over politics is of rather doubtful merit. One need only think of the Bush administration's partly Christian-motivated justification for the Iraq War.

Judging by the way José Casanova presents the role of faiths in world history, the only answer is: God protect us from the return of religions!

Wolfgang Schäuble on the Need for Religion
Faith as a Moral Instance
Germany's interior minister Wolfgang Schäuble has written a short book describing how faith, correctly understood, protects us from totalitarianism and abuse of power. He also addresses how best to integrate Islam in Germany. A review by Lewis Gropp

Sharia Law in Europe
"The Idea of Plural Jurisdiction Is Highly Problematic"
The Archbishop of Canterbury has caused quite a stir with his suggestion to integrate the Sharia into a European legal context. In fact, the Sharia is already being applied in several Western countries. Loay Mudhoon spoke with the legal and Sharia expert, Mathias Rohe, about the cases in which it does or does not make sense

END_OF_DOCUMENT_TOKEN_TO_BE_REPLACED
Social media
and networks
Subscribe to our
newsletter