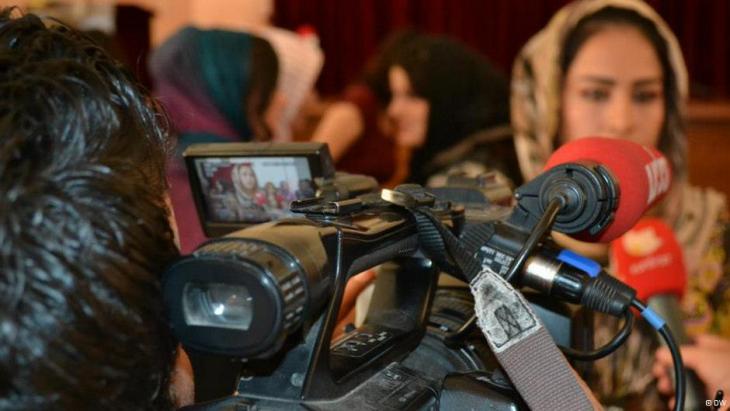 Journalism from the Middle East

Tall Tales from the Desert

A blogging Syrian lesbian, Libyan soldiers in a Viagra-fuelled frenzy, Tunisian women on a sexual Jihad: The blend of sex, Islam and war is failsafe bait for western media, which often fall for propaganda from the Middle East. Not all of the stories are hoaxes, but many of them are. By Sonja Zekri in Cairo

When Amina Arraf began writing her blog the Syrian uprising was in its first year, and not yet a full-blown civil war. It was February 2011, Amina Arraf was living in Damascus. A lesbian. Writing a blog. Blunt, powerful, witty: About her sex life, the opposition's battle for liberation, the Koran, Syrian history. "Boundaries don't mean anything when you have wings," she wrote. That kind of thing.

In May, she asked the lesbian activist Minal Hajratwala, who had won a prize for "bisexual literature" for her book "Leaving India", to find a publisher for the English-language material written by herself – a Syrian woman born in the US. More and more people were following Amina's blog, which was also attracting growing media interest. There were reports by the Washington Post and CNN, and the German newspapers Bild and taz. 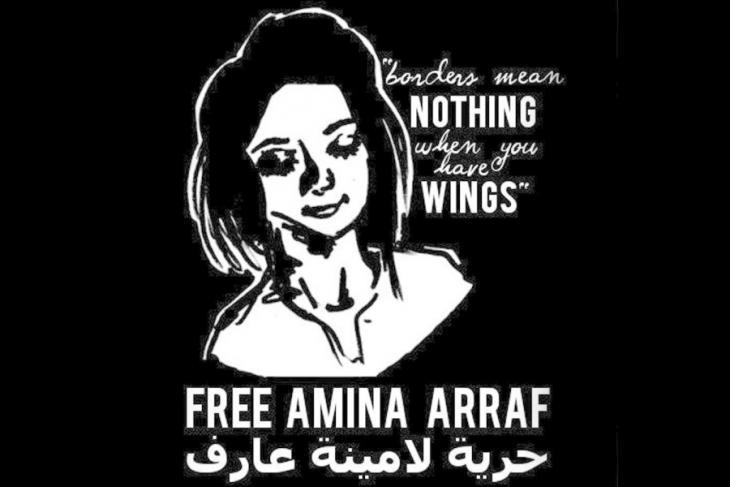 "The supposedly democratic nature of online communication – a fallacy." In the case of Amina Arraf, the blogging Syrian lesbian democracy activist was really a 40-year-old American living in Edinburgh, Scotland

She was arrested in June 2011. The British newspaper The Guardian reported the story as though its reporter had personally witnessed the event, describing how she had been dragged into a car by armed men on a street in Damascus. The paper published a photograph of the young woman. Human rights organisations used Facebook to call for "Freedom for Amina Arraf". The US State Department launched an investigation; the German government's commissioner for human rights Markus Löning registered his protest. But Amina's fate had already been sealed.

This is because no one had ever seen Amina Arraf, not just after her arrest, but also before it. As it turned out, the lesbian blogger from Damascus was a creation by Tom MacMaster, a 40-year-old American living in Scotland. He had maintained an Internet presence as Amina Arraf for years. The picture of the young woman published in the Guardian was that of a Croatian from London, whose photograph MacMaster had taken off a Facebook page. She alerted the media and the world to the fact that she was not a lesbian blogger.

MacMaster swore he always felt a sense of allegiance with the Middle East, and that inventing Amina had been an attempt to direct world attention onto the Syrian liberation struggle. Bloggers, members of the Syrian opposition and lesbians were fuming: Who's going to believe the next blog now? A period of soul-searching ensued at several media outlets in reflection of how easily they had fallen for the deception.

"Aminagate" was, and this was the realisation, a blend of apparently irresistible ingredients. The suppressed blogger, for example. "Western journalists love to report on bloggers in authoritarian states, tirelessly writing about the problems of their governments," wrote the Belorussian journalist and Internet sceptic Evgeny Morozov: The blog is viewed as a powerful tool against nefarious regimes, and in fact in the Middle East for example, most bloggers have close links to the government and often hold much more radical views on such questions as the rights of women and minorities than their governments, he said. 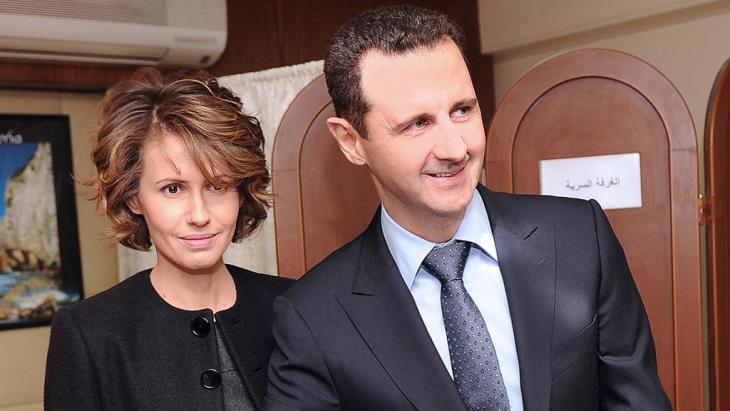 Crisis? What crisis? - As a civil raged around them and Syria's military killed thousands of civilians, President Bashar al-Assad and his British-born wife were seemingly out of touch with events in Syria. The President couples' leaked e-mails revealed a lavish lifestyle and how Assad joked about reform in his country

The supposedly democratic nature of online communication – a fallacy. Added to this was the almost inaccessible setting in troubled Syria, the accessibility of the texts – Amina wrote in English – and the shared values. A blogging Syrian lesbian – the most isolated misfit imaginable, a pioneer of western pluralism in an Islamic society.

The Middle East is fertile ground for conspiracy theories, propaganda and modern fairytales. It is impossible for journalists to see through every piece of deliberately misleading information, to investigate every claim. Even images do not provide proof. In the summer, Egyptian Islamists disseminated photos of dead children following clashes with security forces. The pictures came from Syria.

Conversely, some reports seem too far-fetched to be true – but they are. In early 2012 for example, the world was stunned to read a selection of emails sent between Syrian President Bashar al-Assad and his wife Asma. Assad, who called himself "Sam", sent country music songs to his wife. She, in turn, showed herself to be an Internet shopper with an eye for quality, spending a fortune on furniture, jewellery, Louboutin stilettos and a chocolate fondue set. The presidential couple in total denial in the face of the turmoil, which they drowned out with chirpy ditties and fripperies – surely this was a fantasy dreamed up by the rebels. But no, it was the truth.

A facet of mass hysteria

Accusations made against Libyan dictator Gaddafi sounded just as damning – and they were false. During the war, it was claimed, his Viagra-guzzling soldiers carried out mass rapes. In any case, the report spread from Al-Jazeera via western media right through to the Chief Prosecutor of the International Criminal Court, Luis Moreno-Ocampo, who insisted: "Viagra is a tool of massive rape". But the whole matter was set straight in June 2011 by UN human rights investigator Cherif Bassiouni, who announced that the Viagra story was a facet of "mass hysteria". 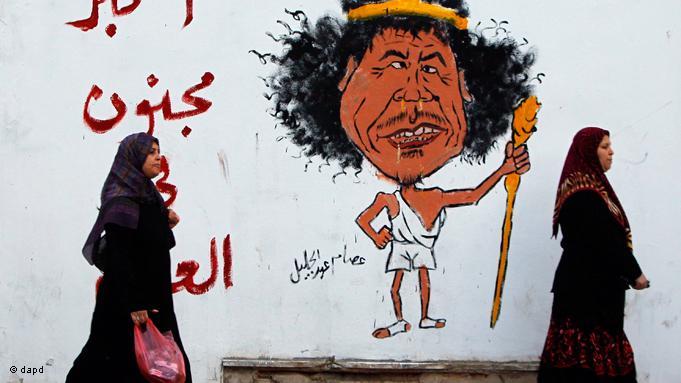 True or false? A report that spread from Al-Jazeera via western media claimed that Muammar Gaddafi was supplying his troops with Viagra to encourage mass rape. " It is impossible for journalists to see through every piece of deliberately misleading information, to investigate every claim," Sonja Zekri writes

He referred to a female activist who claimed to have sent out 70,000 questionnaires and received 60,000 answers, which spoke of 259 cases of sexual abuse. The question of how the postal service managed to do this in a country at war remained unanswered. Bassiouni requested to see the questionnaires – and never received them.

The combination of sex, Islam and war is still an almost failsafe bait for the media. Recently, Tunisian Interior Minister Lotfi bin Jido capitalised on this when he made the shocking announcement in September that young women from Tunisia are travelling in their droves to Syria to provide a service to the needy fighters in what he termed a "sexual Jihad". "Tunisian girls are exchanged between 20, 20 and 100 rebels and return with the fruit of this sexual contact in the name of the sexual Jihad," he said. The story quickly snowballed with hair-raising reports in Time, Huffington Post, AFP, and Bild.

In any case, the combination of Islam, sex and war had worked its magic yet again.

For decades, Egypt's successive governments have neglected to provide adequate support for science and culture. Wouldn't it be wonderful if the coronavirus crisis were to lead to ... END_OF_DOCUMENT_TOKEN_TO_BE_REPLACED

Appointed to the Facebook oversight board, Yemeni Nobel Peace Prize laureate Tawakkol Karman has faced hostility from Arab state media and social media users, who accuse her of ... END_OF_DOCUMENT_TOKEN_TO_BE_REPLACED

The COVID-19 pandemic has triggered a public-health emergency and a steep reduction in oil prices, which represents a perfect storm for the Middle East, where everything from ... END_OF_DOCUMENT_TOKEN_TO_BE_REPLACED

Churches in the Middle East – Coptic, Eastern Orthodox, Maronite – typically share the conservative values of their Islamic surroundings. Yet the resistance of Arab Christian ... END_OF_DOCUMENT_TOKEN_TO_BE_REPLACED

Dubbed the "Butcher of Hama", Syria's Rifaat al-Assad is accused of embezzling millions in European real estate. Like him, many regional rulers have preferred to keep their ... END_OF_DOCUMENT_TOKEN_TO_BE_REPLACED

After a prolonged slump, tourist numbers in Hurghada had been expected to rise this year. Now there are quite literally no foreign visitors at all in the Red Sea resort. But all ... END_OF_DOCUMENT_TOKEN_TO_BE_REPLACED
Author:
Sonja Zekri
Date:
Mail:
Send via mail

END_OF_DOCUMENT_TOKEN_TO_BE_REPLACED
Social media
and networks
Subscribe to our
newsletter