"The Media Can Change Everything"

Journalists in Afghanistan are under pressure, self-censorship is widely spread, and there is still no independent national newspaper. In this interview with Martin Gerner, Samander Rahimullah, head of the Afghan Independent Journalist Organization, talks about what is to be done

In Afghanistan, journalists are under pressure, self-censorship is widespread, and there is still no independent national newspaper. In this interview with Martin Gerner, Samander Rahimullah, head of the Afghan Independent Journalist Organization, explains what could be done to improve the situation 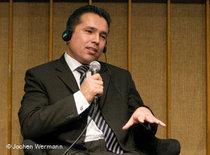 Samander Rahimullah: "The media are an important pillar of democracy"

​​How would you evaluate the current state of the media and journalism in Afghanistan?

Samander Rahimullah: We currently have 98 radio stations in Afghanistan, 16 TV stations, and hundreds of print outlets in Kabul and throughout the country. After a very successful start in the early years [after the fall of the Taliban, the ed.], the media have been under a lot of pressure since mid-2005 when a lot of conservatives and former mujaheddin were elected to parliament and began putting pressure on journalists.

Also, the ulama, the community of legal scholars of Islam and the sharia, has recently gained more influence. Although President Karzai initially stood up for the freedom of the media, he is now silent. Recently, he even gave in to conservative demands and supported the banning of programs on three television channels. We are a year away from the next elections and Karzai does not want to get in trouble with influential people.

What kinds of problems do Afghan journalists face today? 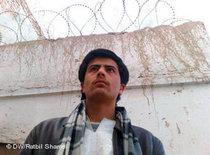 A victim of political power games? The case of Sayed Parwez Kambaksh has triggered considerable pressure from the international community

​​Rahimullah: Over the past year, four media workers were killed in Afghanistan, 38 journalists were injured, threatened, or intimidated in both targeted and indiscriminate attacks, and 20 were detained, charged, or abducted by security forces or the Taliban. This is why self-censorship is a common phenomenon.

The world has been following the case of Sayed Parwez Kambaksh, who has been sentenced to death. Are you optimistic that he will be released in the near future?

Rahimullah: I think so. There has been considerable pressure from the international community. His case has been sent to a higher court of appeal. On the other hand, such cases – I mean the copying and distribution of controversial contents from the Internet – will occur again in the future. Censorship is growing and unless things change, more journalists will be arrested for such things.

How has the war, especially in the South and East, influenced the work of journalists? 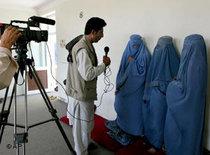 Lifting the veil: journalists in Afghanistan are working to build public discourse among Afghans

​​Rahimullah: The main change is that up until last year, the Taliban did not understand the importance of the media; now, however, they have started using the media for their own ends.

Rahimullah: Their attitudes are changing. The Taliban are now sending weekly text messages to journalists. They are "informing" the media about the number of ISAF soldiers or Afghan police officers and soldiers they have supposedly killed. They are giving this kind of information to journalists in a relatively friendly way.

While the Taliban's understanding of the importance of the media is growing, the government is trying to hide bad news. This is why the government is always under pressure, why its public image is weak. People are loosing confidence in the president and his ministers.

You will be in Europe for a few days, meeting influential media experts and political players. Is there anything to which you would like to draw their attention? 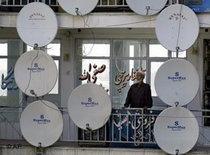 On air: satellite television has changed more than than just the facades of buildings in Afghanistan

​​Rahimullah: We ask the international community not to forget Afghanistan. The media is an important tool when it comes to strengthening democracy. Although Afghan journalists need to build capacity and financial support, we still do not have a major independent national newspaper even after seven years. We have small village radio stations that are not able to make their own local programs and depend on the capital. Afghanistan also needs more investigative journalism that focuses on the issues of corruption, land-grabbing, human right violations, and the lack of transparency in government and election procedures.

The Kambaksh case has exposed the lack of independence of the judiciary, but freedom of the media depends on a functioning judicial system. Has any progress been made in this regard?

Rahimullah: In Afghanistan, the most corrupt part of our administration is the judiciary. Although donor countries are helping in this respect with different programs there is no real change. After ten years in journalism, my experience is that the only way to change things is to report them.

If we train 100 journalists to exclusively cover the Afghan judiciary system for six months or a year and get them to write in-depth stories from national, provincial, and district courts, things would begin to change. It would mean writing about corrupt, poorly trained judges, about their low salaries, and about local commanders pressurizing judges.

If the Afghan media would report all these things, our people could also help the international community to plan better and spend aid money more effectively. I think the media can change everything.

Journalists in Afghanistan under Duress
Is Karzai Sacrificing the Freedom of the Press?
The freedoms that independent media in Afghanistan have struggled to achieve over the past few years are now melting away like snow in the sun, writes Martin Gerner from Kabul

Afghan Journalist Sentenced to Death
A Victim of Political Power Games?
A court in Mazar-e Sharif has sentenced an Afghan journalist to death for "insulting Islam". Journalists and human rights organisations are outraged. They accuse the authorities in northern Afghanistan of despotism and an abuse of power. Ratbil Shamel reports