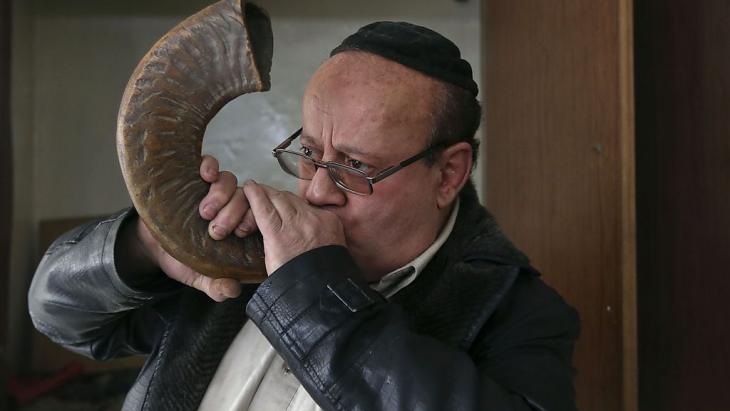 Afghanistan's Jewish minority currently consists of one single Jewish man. But the nation on the Hindu Kush has a unique Jewish history that has been largely forgotten after years of conflict. By Emran Feroz

There was once a young man who fell in love with his neighbour. He was Muslim, she was Jewish. What might have been an obstacle to some people was not an impediment in this case. They got together and announced their intention to marry. The father of the girl was against the idea, but was careful not to show it. One day, the girl disappeared. Her father, it was said, had sent her on a journey. After weeks and months had gone by, the boy set out to find the girl. Thanks to his wealthy family he was able to travel the entire world, but he did not find his love.

One day he discovered that she was in the Holy Land, in Israel. He arrived there only to be refused entry. Returning to his homeland broken-hearted, he went mad, drowning his sorrows in wine, until – after a number of years – he died. This Muslim-Jewish love drama, which recalls the story of Romeo and Julia or Laila and Majnun, originates in Afghanistan and is still related today in some parts of Kabul. In one corner of the capital, the Jewish history of the nation has been preserved to this day.

On "Flower Sellers' Street", in the Kabul district of Shar-e Nao, everyone knows Zebulon Simentov. Zebulon, the Jew, as most people here call him, is the last Jew in Afghanistan and therefore represents the country's entire Jewish minority. It wasn't always like this. It is thought that 40,000 Jews were still living in Afghanistan in the 1930s. In the majority-Muslim nation, the minority was not only tolerated, it also enjoyed a special status. To this day, people retell legends claiming that the Pashtun, the founders of modern Afghanistan, were originally descended from one of the lost tribes of Israel. 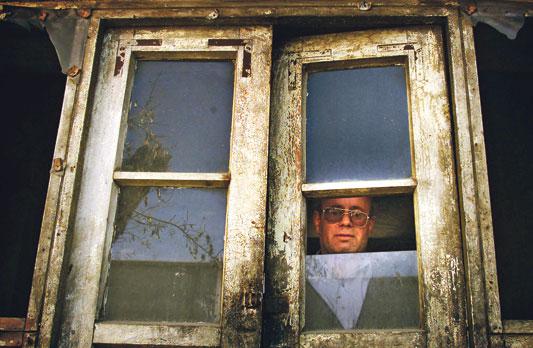 "With the Soviet invasion of 1979 and the ensuing years of devastation, the Jewish population shrank rapidly. Most of them emigrated to Israel and the United States. New York, for example, is now home to around 200 Jewish-Afghan families. They still regard Afghanistan as their homeland," writes Feroz

Even Mohammad Zahir Schah, the last king to reign over the nation, liked to refer to these myths, thus assuring the Afghan Jews particular protection.

Ethnically speaking, however, the Afghan Jews were and are not Pashtun, but Persian speakers. More specifically the people in question are Bukharan Jews who settled in Afghanistan centuries ago, primarily in the west of the country in the region around Herat.

Ancient Persian-Hebrew documents found just a few years ago in this region demonstrate the presence of Jews on the Hindu Kush for over a millennium. Most of these historic documents were immediately purchased by Israel. Meanwhile Jewish buildings, for the most part synagogues, have survived. The Yu Aw Synagogue in the western Afghan city of Herat is regarded as one of the world's oldest and was restored some years ago by the Aga Khan Foundation.

A large number of Afghan Jews emigrated upon the foundation of the Israeli state, but many also remained. "We celebrated Islamic and Jewish festivals together," says Zarghuna Khaled from Kabul, who once had Jewish neighbours.

It wasn't until the start of the Soviet invasion of 1979 and the ensuing years of devastation that the Jewish population shrank rapidly. Most of them emigrated to Israel and the United States. New York, for example, is now home to around 200 Jewish-Afghan families.

They still regard Afghanistan as their homeland. "I miss my school friends and the area where I lived at the time," says Sepurah, an Afghan-American Jew, in an interview.

Only two Jews remained in Kabul in the 1990s: Zebulon Simentov and Isaak Levi. The two last Jews in Afghanistan found worldwide fame through their protracted dispute, the background to which has even served as the inspiration for several plays in the US.

Both Levi and Simentov lived on the site of the synagogue in Kabul and claimed to be the building's rightful custodian. Like Simentov, the older man Levi originally came from Herat, but arrived in Kabul before him.

"Zebulon was in Soviet Turkmenistan at the time, then he came here and was given a warm reception by Isaak," said one of Simentov's long-time neighbours. "The quarrelling began a few years later. At the same time, the wars in Afghanistan worsened," he adds. 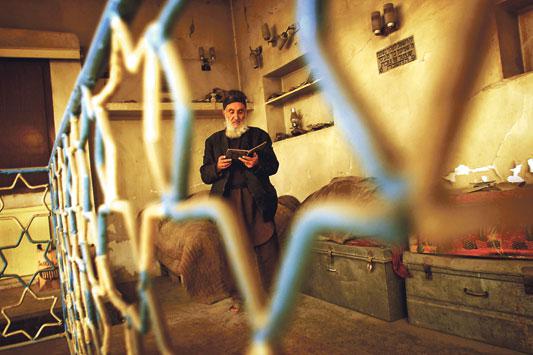 Obscure ethnicity: "the Afghan Jews were and are not Pashtun, but Persian speakers. More specifically the people in question are Bukharan Jews who settled in Afghanistan centuries ago, primarily in the west of the country in the region around Herat," explains Feroz

What surprises many people to this day is the fact that even after the Taliban came to power in the 1990s, both Jewish men continued to remain in Kabul and that they also survived this period.

Simentov and Levi's dispute did in fact continue relentlessly during this time, with each going to the Taliban to report the wildest accusations concerning the other, for example pimping or the manufacture of drugs and alcohol. "Levi, who had a long white beard that earned him the nickname 'mullah' here, once said he had become a Muslim and that was why Simentov was harassing him. But because both of them were known to the Taliban, none of them bought his story," said another neighbour with a grin.

In the end however, the row between the two Jewish men resulted in them being arrested by the Taliban. The two continued to hurl accusations at each other while in prison, until they were eventually set free. Levi died in 2005. His relatives travelled to Kabul to take his remains to Israel and bury him there. Meanwhile Simentov, as he himself is keen to stress, was happy to be alone at last. To this day, he continues to express his hatred of Levi.

"He was a charlatan and a sorcerer and not a good Jew," he says, referring to one of the many money-making sidelines pursued by Afghanistan's second-to-last Jew. Levi made a name for himself offering people amulets, known in Afghanistan as "taawiz", which allegedly provide protection against curses and illness. Most of his customers were Muslims.

Simentov's customers are also Muslim. The last Jew in Afghanistan slaughters animals and sells the kosher meat that also meets Muslim dietary requirements. He also runs a kebab restaurant directly alongside the derelict synagogue. Simentov's family, his wife and two children, live in Israel. In response to the question of whether he intends to go to Israel himself, he answers simply: "Israel, what would I do there?" Simentov strictly observes all Jewish holidays and their associated rituals, carrying these out alone.

Among other things the nearest Jewish cleric in the region, a rabbi from the Uzbek capital Tashkent, has issued him with a special permit to slaughter his meat. "You actually need special training for that," says Simentov emphatically. Simentov, who always claims he lives in poverty, has made a business out of his status as the nation's last Jew. He's been visited by numerous journalists from home and abroad over the past few years.

Then, Simentov's first question is always: "Dollars, Euros or Afghanis?" Without a – as he puts it – decent fee, he doesn't grant an interview. "I don't go under 200 dollars," was what he said on this occasion too. "You'll be making ten times as much from my story!"

Jonas Poher Rasmussen's Oscar-nominated animated documentary “Flee” focuses on the life of a refugee from Afghanistan. Based on a true story, it centres around the question: when ... END_OF_DOCUMENT_TOKEN_TO_BE_REPLACED

The Biden administration could have used Pakistan’s economic crisis to compel the country to sever its longstanding ties to terrorist groups. Instead, the U.S. protects and ... END_OF_DOCUMENT_TOKEN_TO_BE_REPLACED

No country in the Islamic world is influenced as strongly by the traditions of Sufi culture as Pakistan. Yet the Sufis there have been under attack from Islamic hardliners for ... END_OF_DOCUMENT_TOKEN_TO_BE_REPLACED

On 15 August 2021 the Taliban overthrew the government in Afghanistan and seized power. One year later, the country is facing multiple challenges that demand immediate global ... END_OF_DOCUMENT_TOKEN_TO_BE_REPLACED

Salman Rushdie's "Shalimar the Clown" is a furious tale about a lost paradise. In this interview with Lewis Gropp, Salman Rushdie talks about how the Indian army and militant ... END_OF_DOCUMENT_TOKEN_TO_BE_REPLACED

One year on from the Taliban's return to power in Afghanistan, some cracks are opening within their ranks over the crucial question of just how much reform their leaders can ... END_OF_DOCUMENT_TOKEN_TO_BE_REPLACED
Author:
Emran Feroz
Date:
Mail:
Send via mail

END_OF_DOCUMENT_TOKEN_TO_BE_REPLACED
Social media
and networks
Subscribe to our
newsletter