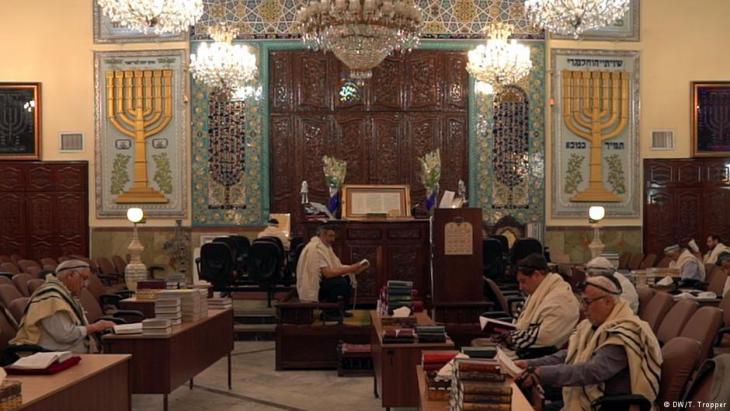 Iran is frequently at odds with Israel, despite having the second biggest Jewish community in the Middle East. For the director of Tehran's Jewish Committee, Siamek Morsadegh, that′s not necessarily a contradiction. Interview by Theresa Tropper

What is life like as a Jew in the Islamic Republic?

Siamak Morsadegh: It's a lot better than many people think. Jews are a recognised minority here, so we can practise our religion freely. We have more than 20 working synagogues in Tehran and at least five kosher butcheries. In some European countries that is not allowed because of animal rights. In Iran, it is.

Generally speaking, the Jews have always enjoyed better conditions in Iran than in Europe. There has never been a time in our country's history, when all Iranians belonged to the same religion or race, or even spoke the same language – which explains the high degree of tolerance. Jews and Muslims respect each other, but at the same time, we know there are differences. So the rate of intermarriage between Jews and other groups in Iran is the lowest one in the world, it's less than 0.1 percent.

Does that mean Jews live in the same places, but are separate from other religious groups in Iran?

Morsadegh: Not at all. We have economic relationships with Muslims, my closest friends are Muslims. The hospital I work in is a Jewish hospital, for example, but more than 95 percent of both our staff and patients is Muslim. It's strictly forbidden to ask about religion there because the most important verse of Torah, which is written on top of the hospital, says: "Treat other people as you would be treated." It does not say "other Jews", it says "other people." It shows that we have a practical relationship with each other and co-operate to make the world a better place.

But Jews are not treated equally under the law. You are not allowed to be judges or hold high political office. Doesn't that bother you? 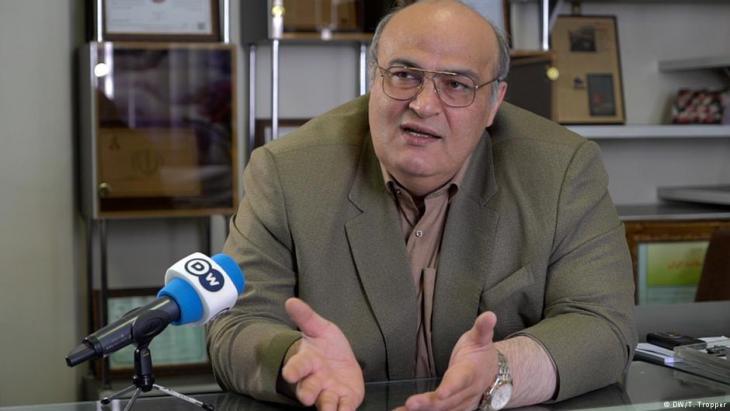 "Generally speaking, the Jews have always enjoyed better conditions in Iran than in Europe. There has never been a time in our country's history, when all Iranians belonged to the same religion or race, or even spoke the same language – which explains the high degree of tolerance," says Siamak Morsadegh. He is doctor, member of parliament and director of the Tehran Jewish Committee

Morsadegh: Of course being a religious minority causes some problems. Due to the economic crisis here, many Iranians are having problems finding jobs, and, for us, that is even harder, as we face legal limitations. For example, we cannot work as officers in the army; we can only be simple soldiers. We are doing our best to change that. It is a gradual process and cannot be done over night, but we are making progress. One of our biggest successes in recent years is the fact that Jewish kids who go to public schools are now allowed to stay at home on Saturday, if they want to observe the Sabbath – and many of them do, because most Iranian Jews are orthodox.

After the Islamic Revolution in 1979 many Iranian Jews left the country. Why didn't you?

Morsadegh: Back then, many people left the country, even many Muslims. For Jews emigrating was easier, so more of them did. But I am Iranian – I pray in Hebrew and I can speak English, but I can only think in Persian. In my opinion there is a big difference between nationality and religion; they are not in opposition to each other. Going abroad – and especially going to Israel – is not an option for me, because I think the idea that Jews have to live in one special place in the world is rooted in the idea that we are different to other people. But I think we are equal.

In Iran it is prohibited by law to have any contact to Israel. Is that difficult for you as a Jew?

Morsadegh: According to our religious teachings, we must obey the laws of the country we live in. And being a Jew is very different from being a Zionist. There are – and have always been – Jews all around the world who are very critical of the behaviour of Israel's government and army. Being a Jew means we must obey the Torah and Talmud. Invading other countries and killing innocent people are not Moses' teachings. We cannot accept Israel's behaviour as Jewish; it is a political and not a religious movement. I personally think that, as the victims of the greatest genocide in the world, Jews should have more empathy with the Palestinian people.

The very genocide you just mentioned was the reason for controversy a few years ago. What did Iranian Jews think about President Mahmoud Ahmadinejad's public Holocaust denial?

Morsadegh: We did not agree with President Ahmadinejad, and we told him so. He did not directly deny the Holocaust, he questioned it – but I do not even accept questioning it. It doesn't make sense to question things that are completely clear and accepted all around the world.

But that did not disturb our day-to-day life. The financial help for our Jewish hospital by the government, for example, started during Ahmadinejad's presidency. He was anti-Israel, not anti-Semitic. Iran's general policy is not changed by its presidents anyway. The main policymaker is Supreme Leader [Ayatollah Ali Khamenei] and the main framework is the constitution.

Still the president does have a lot of influence and a new one is being elected this Friday. What's at stake for Iranian Jews?

Morsadegh: Iranian Jews do not have a specific candidate, people will vote for one of the candidates according to their political interests. This election is all about the economy. The candidate who offers the best solutions to our economic crisis will win. Apart from that, it does not make a difference for us as Jews who is elected. We are Iranian citizens and everyone who is elected must work within the framework of the constitution.

Home
Print
Newsletter
More on this topic
"Baghdad, yesterday - The making of an Arab Jew": A multi-Cultural and multi-ethnic societyJudaism in Afghanistan: Kabul's one remaining JewZoroastrians in Iran: In decline
Related Topics
Anti-Semitism, Dialogue of Religions, Holocaust, Islamic Revolution of Iran, Jews in the Islamic world, Judaism | Jews, Minorities in the Muslim world
All Topics

Once again there was not much to vote for in the Islamic Republic. Half of the candidates were excluded anyway. But for Khamenei, the election was part of a larger plan, namely ... END_OF_DOCUMENT_TOKEN_TO_BE_REPLACED

In the run-up to Iran’s parliamentary elections on 21 February, state media was at full blast. Urging Iranians to take to the polls, state TV’s Channel 1 ran an election-day ... END_OF_DOCUMENT_TOKEN_TO_BE_REPLACED

The 2015 Joint Comprehensive Plan of Action with Iran is in jeopardy. European governments should use the JCPOA’s dispute-resolution mechanism both to pursue immediate measures to ... END_OF_DOCUMENT_TOKEN_TO_BE_REPLACED

Mullahs, dictatorship, nuclear conflict – Iran could be reduced to these keywords if one were to rely only on the articles in the daily press. But to really understand a country ... END_OF_DOCUMENT_TOKEN_TO_BE_REPLACED

Many predominantly Muslim countries have penal laws against "blasphemy", "defamation of religion" and "apostasy". In practice they serve as highly effective weapons to settle ... END_OF_DOCUMENT_TOKEN_TO_BE_REPLACED

END_OF_DOCUMENT_TOKEN_TO_BE_REPLACED
Social media
and networks
Subscribe to our
newsletter