A Battle of the Fatwas

A spate of recent religious opinions and court rulings ranging from the bizarre to endorsement of mutilation issued by prominent Saudi sheikhs and judges highlight the difficulty King Abdullah faces in clamping down on fatwas and codifying the kingdom's largely unwritten Islamic legal regulations. James M. Dorsey reports 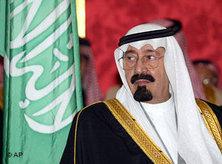 Don't mess with the King: Abdullah of Saudi Arabia is determined to push through sweeping legal reform and codification of Saudi law

​​ In response to disputed religious opinions and court rulings in Saudi Arabia, king Abdullah has intervened repeatedly in recent months to ensure that none of the more outrageous legal opinions and rulings were implemented and has curtailed media access of their authors.

In doing so, Abdullah appears to be gaining the upper hand in his battle to push through sweeping legal reform and codification of Saudi law needed to meet World Trade Organization and human rights standards, encourage foreign investment, standardize legal practice and grant courts enforcement powers.

Restructuring of the court system

Abdullah recently won a major victory when the kingdom's top religious body endorsed his reform and codification proposals. Abdullah also decreed that only members of the Council of Senior Islamic Scholars were authorized to issue fatwas in a bid to halt religious rulings that embarrass the kingdom. Abdullah last year removed Sheikh Saleh al Luheidan from his post as head of the Supreme Judicial Council because the ultraconservative cleric was obstructing implementation of the king's proposed restructuring of the court system. 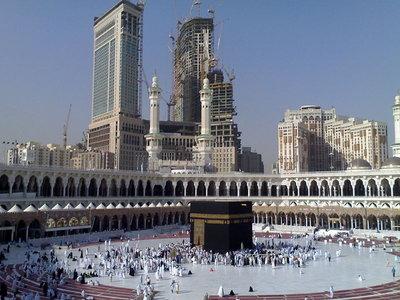 The old and the new: "The debate over the rules that govern the issuing of fatwas reflects King Abdullah's recognition and a growing body of public opinion that Wahhabisim hinders the development of a modern state capable of competing in the 21st century and catering to people's needs," writes James Dorsey

​​Lawyers and analysts say the recent spate of controversial fatwas constitute an attempt to thwart Abdullah's efforts by his opponents within the royal family and conservative clerics who fear that they could undermine Saudi Arabia's puritan interpretation of Islamic law as well as the independence of judges by making them adhere to written rules and regulations. "The traditional establishment is by nature against these reforms. So it's going to take time to implement them," said Riyadh-based lawyer Ibrahim al-Modaimeegh.

Opposition to the principle of retribution

In the latest ruling sparking international concern, Saudi judge Sheikh Saud Al-Yousef ordered a man to be paralyzed in retribution for injuries he allegedly caused with a meat cleaver during a fight two years before the verdict. Applying the principle of 'an eye for an eye, a tooth for a tooth', the judge ruled that the man should be injured at the same place on his spinal cord to cause identical crippling damage to what he inflicted on his victim, 22-year-old Abdul-Aziz al-Mitairy. 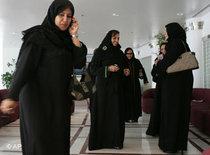 Breaking new ground: slowly but surely women are entering the job market. Still, the freedom of women is seriously restricted in Saudi Arabia

​​Al-Mitairy had petitioned the court in the town of Tabuk to replace its sentencing of his attacker to seven months in prison with an equivalent punishment in accordance with the Islamic principle of qisas, or retribution. Past Saudi applications of qisas have involved eye-gouging, tooth extraction, and death in cases involving murder. Two Saudi hospitals, including Riyadh's prestigious King Faisal Specialist Hospital and Research Center, rejected the judge's request that they implement his ruling.

In a statement condemning the ruling, Amnesty International said another hospital had advised the judge that it was medically possible to administer to the perpetrator an injury identical to the one that he caused. "Under international human rights law, the use of this sentence would constitute a violation of the absolute prohibition of torture and other cruel, inhuman or degrading treatment or punishment," the statement said, suggesting that the court instead imprison, fine or flog the condemned man.

In response, officials say Abdullah persuaded Al-Yousef to deny that he had seriously considered ordering the mutilation. Al Riyadh newspaper quoted the judge as saying that "the proceedings in this case are still pending and no verdict had been issued in that regard." Al-Yousef said the court had queried hospitals and other authorities about surgical paralysis in order to convince the plaintiff that it would be impossible to carry out such a medical procedure. "The plaintiff was demanding punishment of the attacker, and the judicial ruling in this case only includes the plaintiff's eligibility for blood money," Al-Yousef said.

The hot and curious issue of gender mixing

At about the same time, Saudi authorities pulled on Abdullah's instructions the plug on the daily radio program of Sheikh Abdel Mohsen Obeikan, a cleric and royal court adviser who earlier this year earned notoriety by decreeing that women could give men breast milk to avoid illicit gender mixing. "The man should take the milk, but not directly from the breast of the woman," Obeikan was quoted. "He should drink it and then becomes a relative of the family, a fact that allows him to come in contact with the women without breaking Islam's rules about mixing." Islamic tradition stipulates that breastfeeding establishes a degree of maternal bond, even if a woman breast feeds a child who is not her own.

The Grand Mosque in Mecca, a place for illicit conduct? One Saudi preacher called for Islam's holiest site to be demolished and rebuilt to ensure segregation between the sexes in the shrine

​​In a separate incident, the kingdom's most senior religious scholar, Grand Mufti Sheikh Abdul Aziz Al-Asheik, ordered a preacher to shut up after he issued a fatwa calling for a boycott of the Panda supermarket chain because it employs women as cashiers. The fatwa forced the chain to reassign 11 of its 16 female cashiers who were part of a pilot project to employ females in a country where women are prevented from working in gender mixed environments, according to Panda spokesman Tarik Ismail.

The preacher, Sheikh Yousuf Ahmad, known for his strident opposition to gender mixing, had earlier suggested that only Muslim maids could work in Saudi homes. He also called for the Grand Mosque in Mecca, Islam's holiest site and the world's largest mosque, to be demolished and rebuilt to ensure segregation between the sexes in the shrine.

The Islamic Affairs Ministry, in a further curtailing of clerical power, ordered clerics to keep their Friday sermons short and smart. Azam Shewair, a ministry official, warned clerics they would face punishment if they didn't trim their speeches, including forced training or having their paychecks docked. Shewair said clergymen needed to keep in mind that elderly or sick worshipers may not be able to sit and listen to hour-long speeches filled with their words of wisdom.

A debate on the ministerial edict in the Saudi Gazette suggests a generational divide among Saudi religious scholars with older clerics displaying contempt for their younger colleagues whom they dismiss as a bunch of uneducated rabble who need to be cut down to size. "The impact of the sermon is not measured by its length but by the eloquent, concise and precise wording," said Saleh Humaid, a ranking cleric. "Imams should refrain from flowery and bombastic language and delve directly into the core of their sermon." 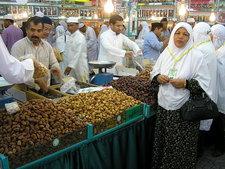 Puritan patronage: In Saudi Arabia women are not allowed to travel without the permission of their closest male relative. However, there are signs of change in in the Wahhabi kingdom. Pictured: dates market in Medina

​​Another scholar accused some clergy of copying and pasting Friday sermons from books or the Internet and reading them out loud without even understanding what they're saying. Yet others suggested that clerics needed to improve their writing skills. "Some of them elaborate on the topic by repeating themselves and going around in circles," Ahmad Mawrai, a Saudi professor, told the Gazette. "In many cases they jump from one topic to another. This is why their sermons are tedious and boring."

The debate over the rules that govern the issuing of fatwas reflects King Abdullah's recognition and a growing body of public opinion that Wahhabisim, the kingdom's puritan version of Islam, hinders the development of a modern state capable of competing in the 21st century and catering to people's needs. Five years ago, bizarre and obscure fatwas would have been seriously debated rather than ridiculed and condemned.

Many Saudi clergymen have yet to recognize that Abdullah's legal reform offers them an opportunity to consolidate their influence. Yet, they seem more intent on scoring own goals that undermine their public credibility and ultimately could signal the decline of clerical power in Saudi Arabia. In doing so, the clergy could be opening the door for the House of Saud to identify new sources of legitimacy that go beyond their historical reliance on Wahhabism.

Saudi Arabia
Between a Rock and a Hard Place
Recently there have been signs that Saudi Arabia, a largely isolated country, has reached a historical turning point. Pressure from the international community but also from within has forced the Saudi royal family to cautiously introduce reforms. A report by Joseph Croitoru

The Role of Wahabi Scholars in Saudi Arabia
Political Islam Hindering Reform
In order to ensure its power, the leadership in the Saudi capital Riyadh continues to uphold its alliance with Wahabi scholars. Guido Steinberg says this policy prevents the country from engaging in any fundamental reform

The Saudi Arabian Legal System
Firm Alliance between Rulers and Scholars
When a woman who had been raped was sentenced to imprisonment and strokes of the lash in Saudi Arabia in November, the Saudi leadership found itself confronted with a wave of criticism. But how realistic are demands for reform? The Islam scholar Guido Steinberg examines the Saudi legal system

END_OF_DOCUMENT_TOKEN_TO_BE_REPLACED
Social media
and networks
Subscribe to our
newsletter