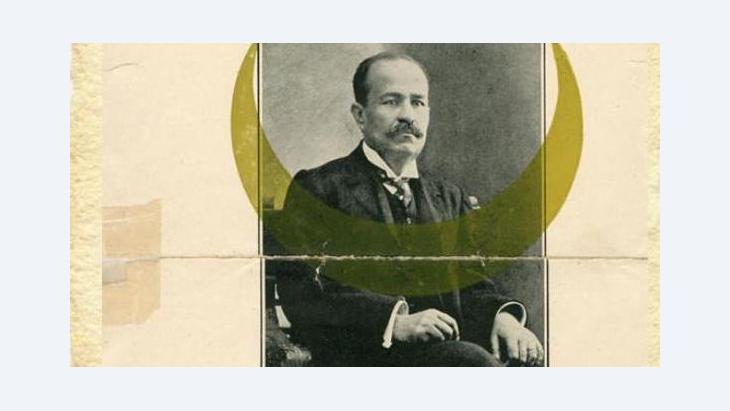 Educating and Entertaining the Public

By writing historical novels, Jurji Zaidan wanted to provide the common Arabic people with an accurate sense of their own history in an accessible, entertaining way. His novels were unavailable in English for nearly a century. But now, in the last two years, six English translations have appeared. Marcia Lynx Qualey

﻿George Zaidan might have passed his whole life without reading his famous grandfather's novels. Jurji Zaidan's grandson was absorbed first in his studies, then in the family publishing business, and later in his long career at the World Bank. Jurji Zaidan's twenty-two novels were an important part of family lore, certainly. But George Zaidan, who was born 25 years after his grandfather died, was occupied with other things.

It wasn't until George Zaidan was in between projects in 2009 that his wife suggested he might promote his grandfather's creative works. Zaidan's grandson then set to reading the novels.

As he breezed through, Zaidan must have been experienced a delight like that of thousands of other Arab readers, who have continued to devour Zaidan's novels, much as English readers still devour those by Robert Louis Stevenson and the French those of Alexandre Dumas. Zaidan set immediately about a scheme to bring some of the novels into English.

﻿Pursuit of an Arab cultural renaissance

The extraordinary novelist, educator, and publisher ﻿Jurji Zaidan (1861–1914) was born to a Beirut family of modest means. He learned to read and write early, but was obliged to put off studying so he could help his illiterate father with bookkeeping. 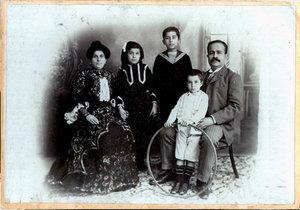 An Arab Alexandre Dumas: Jurji Zaidan and his family circa 1908. In his pursuit of an Arab cultural renaissance, Zaidan melded Arab and European ideas

​​His parents argued for many years: His mother wanted Jurji to return to his studies, but, according to an unpublished autobiography, Jurji's father said that more education would turn his son "into some westernized dandy…who eats only with fork and knife – and perhaps it will occur to him to wear Frankish clothes."

Zaidan did embrace certain aspects of Western thought, and it did occur to him to wear Frankish clothes. But in his eventual pursuit of an Arab nahda, or cultural renaissance, Zaidan melded Arab and European ideas. In the words of critic Orit Bashkin, Zaidan's novels "point to the impossibility of regarding East and West as separate entities." The novels embody many ideals familiar to Western readers, but take place during times like the Arab conquest of Andalusia, the Islamic Golden Age, and the crowning of the first Muslim female ruler.

Although Zaidan's education was put off for several years, he embraced it with vigor and was accepted to the American University in Beirut's (AUB) medical college. However, Zaidan was soon leading protests against the unfair dismissal of a professor. The protests led AUB administration to close the school for the year. So, in 1882, Zaidan decided to set off for Egypt, where he thought he could finish his medical training.

Zaidan's unfinished autobiography ends here. Like the chapters of many of his novels, it leaves us with a cliffhanger. Zaidan and a friend were not admitted to medical school. We're told: "The reason for that was that."

﻿Beloved both by critics and readers

Whatever the reason, Zaidan worked instead as a journalist and founded Cairo's Dar al-Hilal magazine, in which he elaborated on his reformist ideas and serialized his novels. 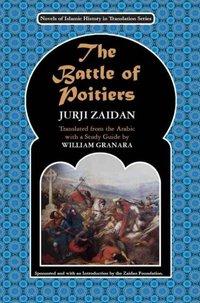 "Terrific stuff": In "The Battle of Poitiers" Frankish and Burgundian forces fought against an army of the Umayyad Caliphate led by Abdul Rahman Al Ghafiqi, Governor-General of al-Andalus

​​The novels were beloved both by critics, such as Taha Hussein, and by thousands of ordinary readers. However, when academics began to shape the story of the Arabic novel, Zaidan's works were brushed aside as unimportant.

"George [Zaidan] came to me about five years ago," Arabic literature professor and pioneering translator Roger Allen said, "because he realized that his grandfather had really been shoved aside in this process of the trying to develop a history of the Arabic novel."

For a long time, scholars didn't appreciate the Arabic historical novel. As a result, Zaidan was "massively underappreciated" by scholars and translators, Allen said. But, after the 1967 defeat, Arab scholars began to re-examine many things. Since then, interest in Zaidan's work has been building.

Zaidan's books are particularly appealing, Allen said, because, "They're easy reads, they're tremendous fun to translate. It's all terrific stuff."

Although George Zaidan said he could have worked with traditional publishers, he has chosen to self-publish with all but one of the novels. This allows him control of the project, he said. Self-publishing, for instance, left him freer "to continue Zaidan's educational mission in the translations by including study guides in all of them as well as scholarly assessments in some."

George Zaidan, like his grandfather, insists on the historical accuracy of the novels. Allen agreed, saying that, "The more I look at the actual history, everything Zaidan put in that book is historically correct. Including the love story."

The novels are occasionally too educational for a contemporary audience. Now and again, they are pedantic in their asides, which insist on a woman's right to education and or an egalitarian relationship between the sexes. Nonetheless, the plots are so fun that it is surprising they have not been more widely translated. 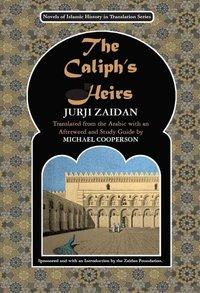 Historical Accuracy: Zaidan's "The Caliph's heirs" is set in 9th century Baghdad. It describes the fall of the Abbasid Empire

​​They had been translated into a number of European and Asian languages – but not English. Allen explained this by noting that Arabic-to-English translation was largely a "post WWII" project, and most translations to date have happened because of a personal relationship between author and translator. Moreover, "Western scholarship was more in search of social realism than in rehashing history."

One of Zaidan's novels, Tree of Pearls, recently won a translation prize and has come out from Syracuse University Press. Translator Samah Selim said she worked for several years on the novel, which was one of her favorites. "I loved the way it combines politics and also sexual low-down intrigue, pomp, resonant historical memory and really strong characters – particularly the pair of women."

The Arabic novel's story is now being re-imagined, Allen said. He quoted Oscar Wilde: "The one duty we owe history is to re-write it," adding that "this applies to the Arabic novel as much as anything."

Marcia Lynx Qualey is author of the weblog "Arab Literature". 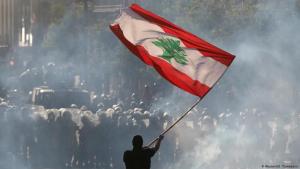 Will a new Lebanon arise from the ashes of Beirut?

The explosions in Beirut killed more than 150 people, injured 6,000 and left 250,000 homeless. In interview with Julia Neumann, political scientist Bassel Salloukh talks about the ... END_OF_DOCUMENT_TOKEN_TO_BE_REPLACED 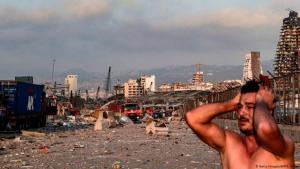 Lebanon, a state in freefall thanks to corrupt governance

The Beirut catastrophe has exposed the true extent of government failure in Lebanon. People are blaming the country’s corrupt and incompetent system for the explosion, says Karim ... END_OF_DOCUMENT_TOKEN_TO_BE_REPLACED 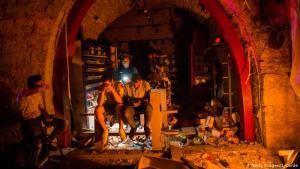 A powerful explosion rocked the Lebanese capital of Beirut, killing at least 100 people and injuring thousands more. Hospitals quickly filled beyond capacity and there have been ... END_OF_DOCUMENT_TOKEN_TO_BE_REPLACED 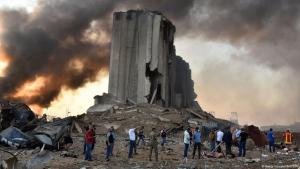 Can things get any worse for the people of Lebanon?

In Lebanon the economy is going downhill at an ever faster rate. The Lebanese are fighting the dramatic effects of the crisis with barter exchanges and joint projects. Apart from ... END_OF_DOCUMENT_TOKEN_TO_BE_REPLACED 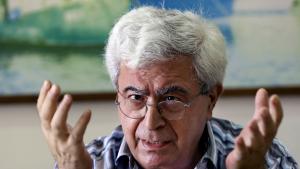 Beirut's ruling class – "The stupidest mafia there is"

Fifty percent of Lebanese already live below the poverty line – and there is no end in sight. In interview with Lena Bopp, writer Elias Khoury talks about the crisis and about the ... END_OF_DOCUMENT_TOKEN_TO_BE_REPLACED

Tunisians rallied on Saturday in support to the Black Lives Matter movement, decrying anti-black racism and raising awareness about racial discrimination in the North African ... END_OF_DOCUMENT_TOKEN_TO_BE_REPLACED

Comments for this article: Educating and Entertaining the Public

Many thanks for the article! Jurji Zaydan was also a historian, and much of what he says in his History of Islamic Civilization continues to be repeated in modern histories. Whether it is true or not (whatever that would mean) is another question. In the novels, certainly, he was out to tell a good story, and thereby encourage people to take an interest in "Arab" and "Islamic" history--categories he helped create. In The Caliph's Heirs, the novel I translated, practically all the historical claims are wrong or misleading. Dr. Zeidan and I had a productive discussion of this issue, and my point of view appears in my introduction and in the study guide. So, with all due respect to my friend Roger Allen, there's little historical accuracy--not in my novel, at least. And, for reasons that he and Samah Selim explain very well, the novels are worth reading anyway.

END_OF_DOCUMENT_TOKEN_TO_BE_REPLACED
Social media
and networks
Subscribe to our
newsletter