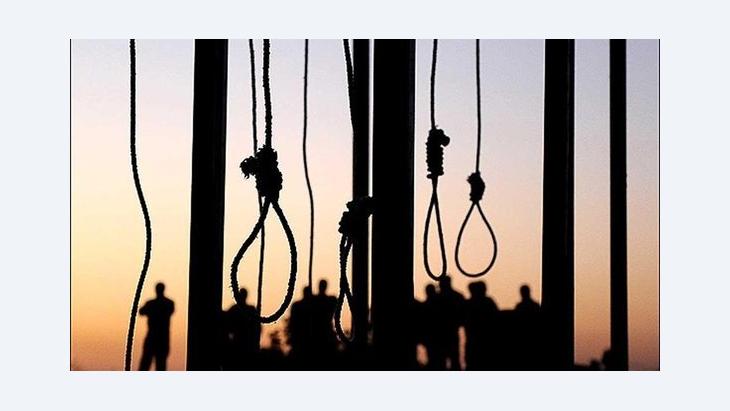 Justice in Iran
Petty Criminals Sent to the Gallows

﻿Iran has begun handing down death sentences for robbery – a crime that previously carried much less severe punishments. In socially and politically uncertain times, the regime is increasingly resorting to Draconian measures in the hope that these will serve as a deterrent, reports Stefan Buchen

﻿Reports by international human rights organisations have long informed us of the fact that in Iran, wine drinkers are whipped, adulterers stoned and homosexuals strung up on cranes. Through these punishments, the state manifests its claim on the interpretation of Islamic law. When they read about such castigations and executions in the newspapers or perhaps even witness such punishments in public, the citizens of Iran are reminded that they live in an Islamic Republic. What is right and wrong, and which punishment is applied to which crime, this is something the judges decide on the basis of irrevocable religious sources, and which the nation's rulers want to be sure that the populace understands.

Clear guidelines, Islam, wise men who dispense justice accordingly and exercise equity – the ideal scenario for Iran's rulers. But since the days of the 1979 Revolution, reality has clouded this ideal. And presently, Iran's failure to meet its own standards is especially obvious. Tehran has recently begun handing down the death sentence for a crime that previously merited a far less severe punishment: Robbery. 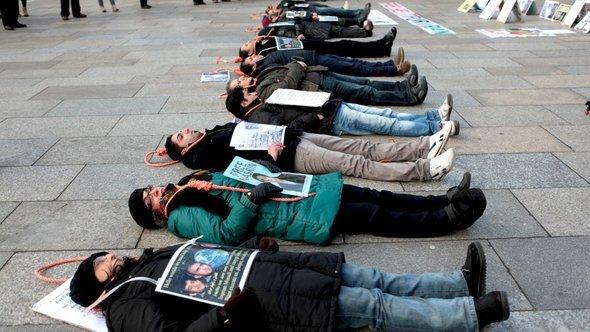 Protest by exiled Iranians against the use of the death penalty in their homeland: More than 400 people were executed in Iran last year alone. The UN Commission on Human Rights called on the Iranian government to limit application of the punishment and to observe international standards protecting the rights of defendants

​​The case of two men in their early 20s publicly executed in a Tehran park in mid-January caused quite a stir at home. The two men had threatened someone with a knife on a Tehran street and run off with a wallet. Subsequent questioning revealed that the total haul did not even amount to 50 Euros. An anonymous photographer took pictures of the execution. One photograph shows one of the condemned men seeking solace from his masked executioner before the noose is placed around his neck.

How has it come to this? Thus far, the most severe punishment handed down for robbery in Iran has been amputation of the right hand. And those sentenced often had the option of commuting this corporal punishment into a prison sentence or a fine. Islamic sources only stipulate capital punishment in cases of "highway robbery" or "qat' at-turuq" in Arabic. This applied to the armed ambush of trading convoys in the desert. But prosecutors in Iran are not making any reference to this concept. 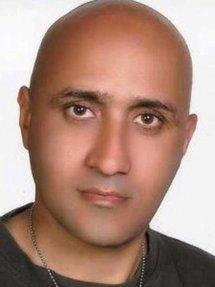 Victim of brutal police violence: The blogger Beheshti was detained on 31 October for alleged "cyber crime". He died in police custody a few days later. After the case became public it caused an international furore, with the US State Department demanding clarification

​​The revolutionary court's justification for this shocking death sentence reads like this: With their act of robbery, the perpetrators are accused of spreading a sense of insecurity and instability in the country in such a way that it threatens the existence of the Islamic Republic as a whole. They have thereby made themselves guilty of "moharebeh", or war against God. After all, says the court, the Islamic Republic is the state that God wanted. And "moharebeh" is punishable by death. This is how it was set out by Khomeini.

The head of the Iranian justice system, Ayatollah Sadeq Amoli-Larijani, makes no secret of the arbitrary nature of the death sentence. "Of course, the deed could be punished in a different way," he said. "But to make it clear to criminal elements that their actions carry a high price, the judiciary has decided on the death sentence (…). The death sentence was imposed as a deterrent."

He was quoted as saying this by the state-run news agency Fars. The state is going on the offensive over the issue. During the trial in late December, television channels screened video footage purporting to be CCTV pictures of the robbery several times. The execution then took place "in public" (Persian: "dar mala'e 'am"). Citizens of Tehran report that huge posters were displayed in the city bearing the words: "Robbery is punishable by death" ("modjazat-e zur-giri e'dam ast").

Petty criminals as the new enemies of the state?

What has happened? Up to now, enemies of the state have been critical intellectuals such as Hashem Agha-Djari, filmmakers like Jafar Panahi or the student ringleaders of the Green Wave, the protest movement against the controversial re-election of Mahmud Ahmadinejad to the presidency in the year 2009. In Iran, people like this must actually expect to be charged with moharebeh. Or even to die "of heart failure" at a police station without being charged, like the young blogger Sattar Beheshti just a few weeks ago. Or to disappear one day and reappear later as a corpse by the roadside, like so many writers and prominent dissidents in the series of murders that took place in Iran from 1998–2002.

But petty criminals and robbers? Four months ahead of the presidential election, the Islamic Republic appears to have entered a new phase in its battle for survival. State-controlled media are blustering about major new discord ("fetneh") fomented by enemies abroad as the election approaches.

The international isolation that the regime has brought upon itself to an increasing degree since the bloody crackdown on the "Green Movement" of 2009 is beginning to have consequences. Whereas this was not the case before 2009, economic sanctions are now demanding a high price. 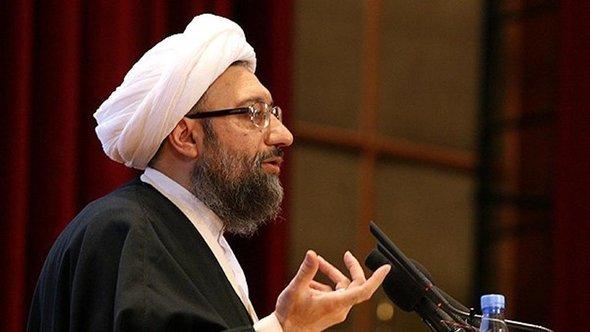 ​​Those sanctions are no longer simply affecting the country's nuclear programme and military armament, but the economy as a whole. The value of the national currency, the Riyal, is declining, while the cost of living soars. Key medication is no longer being imported into the country. Tens of thousands of cancer patients are no longer receiving any chemotherapy. Iran is in the grip of a humanitarian crisis.

This new social hardship is indeed resulting in an increase in cases of theft and robbery. This has been unanimously reported by people living in Iran. The regime appears to be so nervous and worried at this development that it is hitting back in the most brutal way imaginable, with the public execution of petty criminals. The approach is one of absolute deterrence. Not just political protest but anything that could allow the genie of disorder and anarchy out of its bottle must be nipped in the bud.

"We must usher in a new era of confrontation with the forces of evil," is how the Chief Justice of Iran Sadeq Larijani puts it. As they battle for survival, rulers are apparently ready to relegate political credibility to the very bottom of their agenda.

Stefan Buchen works as a television journalist for the ARD magazine programme Panorama. He is the author of an ARD documentary film on the German intelligence services and their role in the Iraq War.

Short movies nominated for an Oscar often don't get wide public attention. But when one is about an Iranian girl seeking freedom from male domination by taking off her veil, ... END_OF_DOCUMENT_TOKEN_TO_BE_REPLACED

World-famous Iranian film director Jafar Panahi has been incarcerated for several months, even though Iran's Supreme Court overturned the verdict against him. Now, he has gone on ... END_OF_DOCUMENT_TOKEN_TO_BE_REPLACED

Young women are driving forward the protests against the Iranian regime, which have been going on for months. Literature provides clues as to why that should be, and why the ... END_OF_DOCUMENT_TOKEN_TO_BE_REPLACED

Visiting the country of her parents, murdered by the Iranian regime in 1998, German-Iranian artist Parastou Forouhar finds a changed society: hopeful, strong and courageous, ... END_OF_DOCUMENT_TOKEN_TO_BE_REPLACED

Ballet performances are prohibited in Iran. In her film "1001 Nights Apart", director Sarvnaz Alambeigi documents the history of dance in the Islamic Republic. By Fahimeh Farsaie END_OF_DOCUMENT_TOKEN_TO_BE_REPLACED

END_OF_DOCUMENT_TOKEN_TO_BE_REPLACED
Social media
and networks
Subscribe to our
newsletter