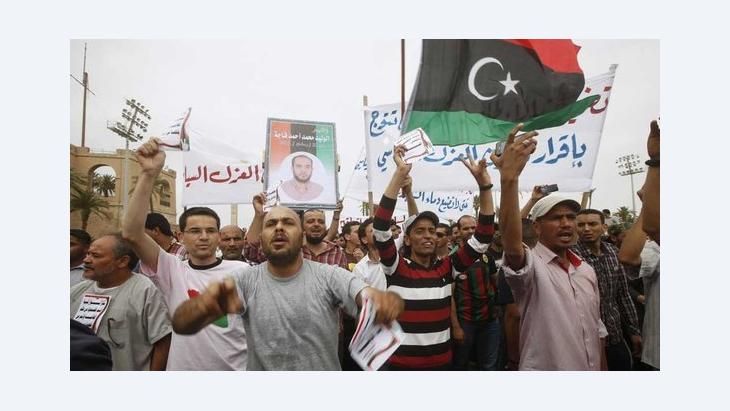 Establishing a democratic constitutional state in Libya is proving to be a painstakingly slow process. This is partly because a reform of the legal system is long overdue, and also as a result of the vigilante justice administered by armed brigades. Beat Stauffer reports

Lawyer Abdallah Banun flies into a rage whenever anyone talks about promised reforms to the justice system. "Nothing has happened," says the respected attorney in his office in Tripoli. "The government hasn't even taken initial, modest steps."

The long overdue process of streamlining the justice system has not even begun, says Banun. And, he adds, most courts are still run by judges who served during the Gaddafi era.

Lawyer Banun is speaking from personal experience. A judge who sentenced his sister's son to death for political reasons has retained his position and status, says Banun bitterly. And this is by no means an isolated case, he adds.

Banun attributes this to two factors. On the one hand, the Libyan government led by Prime Minister Ali Zeidan lacks the political will to overhaul the justice system. On the other hand, the commission appointed to check the integrity of justice officials is ineffective. 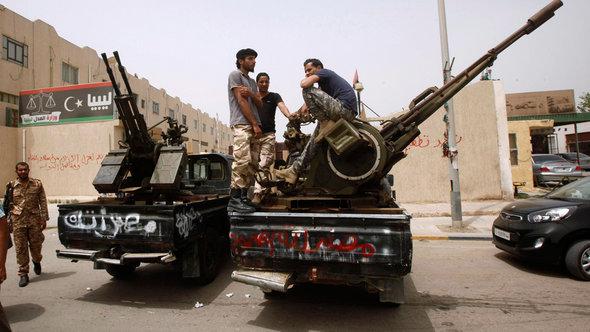 Pressure from the streets: The Justice Ministry in Tripoli was besieged by militias for a week in early May. They were calling for the exclusion of any supporters of former ruler Muammar al-Gaddafi from public service. A law fulfilling their demands was passed accordingly by Libya's parliament

Many judges and state prosecutors who served during the decades of Gaddafi's rule have been able to falsely pass themselves off as revolutionaries.

Either the integrity commission cannot take action against these false statements, or it does not want to, says Banun. "I fear that in the end, the few judges with any integrity will be eliminated and that instead, the Gaddafi henchmen will be able to keep their jobs," says Banun bitterly.

Abdallah Banun's statements carry weight. Firstly, he enjoys an excellent reputation as a lawyer. Secondly, Banun aligned himself with the rebels back in February 2011, and together with Mustafa Abdul-Jalil, the subsequent President of the National Transitional Council, participated in the committee for the liberation of Tripoli.

He had to go into exile in Tunisia in early 2011 out of fears for his own safety. Banun is director of a Sufi brotherhood, the Zawia Kabira. In this capacity, he and his three sons received death threats from Salafist militia in November last year, and the Sufi mausoleum in the old town of Tripoli was ravaged.

It is an analysis of the situation shared by Ahmed Shebani, founder of the "Democratic Party of Libya". The engineer, who has spent many years in Britain and other western countries and whose family is originally from Misrata, sees no evidence that a new justice system is being established. He says it is much more a case of key elements of the illegitimate state continuing to exist in post-revolutionary Libya.

The government regularly intervenes in the parliament's legislative activities and also disregards the basic principle of the separation of powers in other ways, he says. Shebani is also critical of the fact that a truth and reconciliation committee has so far not been set up – thereby failing to address an urgent need.

The latest International Crisis Group report on the situation of the judiciary in Libya, which was published mid-April, largely confirms these personal views. In view of the lack of reforms and mistrust of the Libyan justice apparatus, even some democratically-minded Libyans express a certain amount of sympathy for the vigilante justice administered by many revolutionary brigades against actual or alleged Gaddafi acolytes.

The fact that Saif al-Islam al-Gaddafi remains under the control of a brigade from Zintan and was not handed over to the authorities in Tripoli probably meets with widespread approval in Libya. Fears that the Gaddafi crown prince might be freed by former acolytes in Tripoli are just too great. 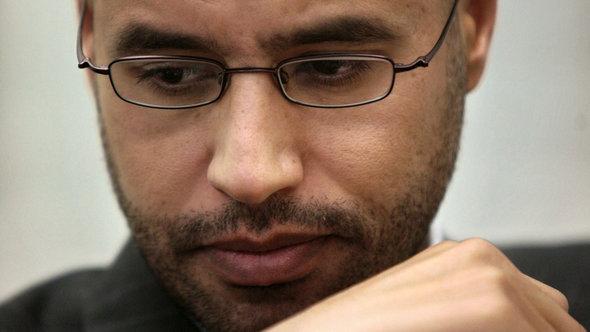 Legal tug of war over the dictator's son: The International Criminal Tribunal had issued an arrest warrant for Saif al-Islam al-Gaddafi, held by a rebel brigade in Zintan. The court has demanded his extradition on several occasions. The Libyan government wants him to face trial at home

Criticising these irregularities in Libya is a risky business. Editor-in-chief of the newspaper "Al-Umma" Amara Abdallah al-Khitabi is among those who have experienced this firsthand. After the publication of a list of 87 corrupt state prosecutors and judges, he was arraigned for "insulting and defaming the judiciary" and taken into custody.

Al-Khitabi has been in a high security prison since January 2013. His lawyer has complained of severe procedural violations against his client. Reporters Without Borders, Amnesty International and Human Rights Watch are all calling for the journalist's immediate release.

New laws passed under pressure from the street

But this lack of justice system reform is not the only thing that secular and liberal-minded Libyans are regarding as a major problem. There is also increasing displeasure at the perceived arrogance of some brigades who behave like warlords and arbitrarily dispense justice.

Abdallah Banun says he is very worried about the manner in which certain militias have seized power and are now exerting pressure in a brutish way. For example, Salafist militias threatened to kill the new minister for religion if he took up his post; this although the minister had the backing of parliament. This is a highly dangerous development, says Banun. But the Thuwar – or revolutionaries – are not listening to lawyers and other experts, he says.

For months now, armed brigades have also been applying pressure on the Libyan parliament to pass a law banning anyone serving the Gaddafi regime over the past 30 years from any public office for 10 years. The groups have repeatedly surrounded the parliament and even temporarily occupied several ministries.

Weak state with a fragile centre

Under such huge pressure, the National Congress eventually passed what is known as the "political isolation law" with a large majority. But to this day, no decisions have been taken as to how the bill should be implemented. It is however clear that if it is to be strictly applied, several ministers and other high-ranking state functionaries would have to relinquish their posts, among them Prime Minister Ali Zeidan.

The fact that armed groups can exert such an influence on the parliamentary legislative process is highly problematic. Not to mention the fact that the new law is problematic in itself: Human Rights Watch has for example warned that it is discriminating, maintains unjust restrictions and violates international human rights obligations.

The establishment of a democratic constitutional state in Libya is currently being jeopardised on several fronts: By the overdue reforms to the judiciary, but also by the autocratic behaviour of the armed brigades that undermines the authority of the fledgling state.

"We have today a weak state with a very fragile centre and a robust periphery," says Ahmed Shebani. The periphery consists of the brigades led by warlords, who currently wield real power. "The present government," says Shebani in a sober tone, "is in a weaker position than the militias".

Political analyst Taqadum al-Khatib argues that Egypt can, in co-ordination with its European partners, develop a common vision to solve the complex conflict in Libya. For this to ... END_OF_DOCUMENT_TOKEN_TO_BE_REPLACED

Libyans have mixed feelings about the EU. On the one hand, they admire what Europeans have achieved, but on the other, they feel let down. Moutaz and Walid Ali report from Tripoli END_OF_DOCUMENT_TOKEN_TO_BE_REPLACED

Libya is in turmoil and no political solution is in sight. The EU's inability to take concerted action in the country, meanwhile, is being exploited by third parties, such as ... END_OF_DOCUMENT_TOKEN_TO_BE_REPLACED

In the wake of the Arab Spring, not one Arab dictator has faced charges for creating a police state and inducing terror among citizens. Similarly, none has been prosecuted for ... END_OF_DOCUMENT_TOKEN_TO_BE_REPLACED

Facing the risk of exploitation, violence and torture, aid groups warn Libya is not a safe country for refugees. They argue that is reason enough for the EU not to send asylum- ... END_OF_DOCUMENT_TOKEN_TO_BE_REPLACED

In their field journal “The Crack” photographer Carlos Spottorno and journalist Guillermo Abril report the unfolding of Europeʹs migrant crisis from Africa to the Arctic over the ... END_OF_DOCUMENT_TOKEN_TO_BE_REPLACED
Author:
Beat Stauffer
Date:
Mail:
Send via mail