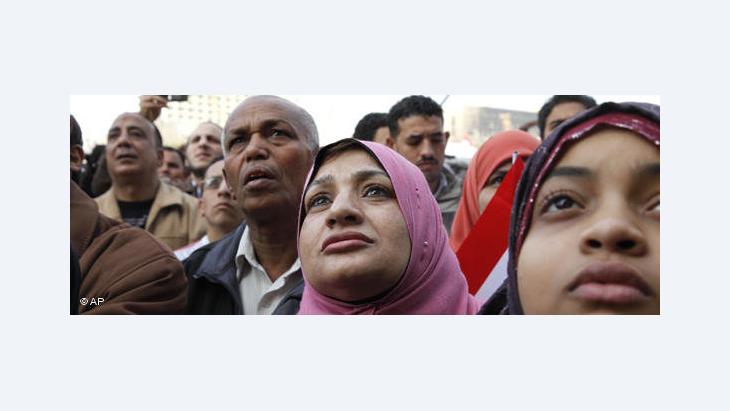 Portraits of the Common Man in the Time of Upheaval

﻿The "Diary of the Arab Revolution" by the German-Egyptian writer and journalist Karim El-Gawhary is an impressive testimony to the "Arabellion." A review by Martina Sabra

What is a just punishment for an elderly and frail dictator like Hosni Mubarak? It doesn't take long for the residents of the Egyptian provincial town of Tanta on the Nile Delta to consider an answer. "Let him be treated in our local hospital!" is their suggestion. Then, the former Egyptian head of state could finally experience for himself the catastrophic state of medical care in the country.

In his new book, Karim El-Gawhary offers solid political background information, peppered with humorous glimpses into the everyday life of Arabs – without prejudice or filtered through Orientalist spectacles – proving just how well he has mastered this journalistic mix. The Middle East correspondent of German and Egyptian background works for Austrian television and radio as well as numerous other German-language media.

In contrast to many past analyses of the Middle East, which frequently portrayed the region from the bird's eye view of 'realpolitik' and strategic policy analysis, El-Gawhary's "Diary of the Arab Revolution" allows individuals to speak their own minds – people with cares and concerns, who cope with their often difficult lives through hope, creativity, and humour. 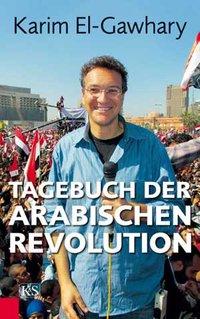 ​​El-Gawhary's detailed observations at the very start of the Arab revolutions in Tunisia, Egypt, and Libya are all the more remarkable when one considers the breathtaking speed at which events took place at the start of 2011. Apparently iron-clad authoritarian systems collapsed like a house of cards. Dictators were ousted from power at an interval of 14 days. The international Middle East correspondents were left sitting on their suitcases and hardly had time to catch their breath before rushing off to cover the next event.

And they were flabbergasted by the organizational talent of the democracy movements in Tunisia and Egypt and how peaceful the demonstrations were conducted. "What took place seemed like a modern-day political fairy tale with the power to inspire just about everyone," says the Cairo-based journalist reflecting on his impressions and feelings at the time.

El-Gawhary's publication is not a book in the typical sense of the word. It is much more of a chronological compilation of newspaper articles, blog entries, transcribed television and radio broadcasts, Tweets, and Facebook postings that he wrote during the revolutions in Tunisia, Egypt, and Libya. The book allows anyone who is interested to once again experience the events as they happened.

With a nod to Star Trek, it's almost as if he says "Scotty, beam me to Tahrir Square!" The texts are framed by short explanatory passages on background to the events and on the course of the revolutions.

This allows El-Gawhary free reign of his personal emotions. After years of constant negative headlines, he relates how he was moved to tears as people gathered their courage and shook off their fears to risk their lives and fight for democracy.

A political scientist and academic expert of Islamic as well, El-Gawhary also admits his misjudgements in the book. He never expected, for example, that the dictatorship in Libya would fall too. He viewed the regime of Muammar Al-Gaddafi as a "bulwark of the suppressive regimes in the region – an Arab version of North Korea." 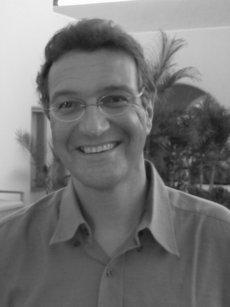 ​​El-Gawhary's entries end in April 2011. His concluding comments, written in July 2011, bear the tongue-in-cheek title "A look into the Arab crystal ball". Questions as to how the Arab world will develop in the future, whether democracy will finally establish roots, whether the Islamists will gain the upper hand, or whether we will merely see a change in the leadership elite are wisely left unanswered by El-Gawhary.

Nonetheless, he is certain that from the very start, the Arab revolutions were genuine and did not require any instigation from outside. He is convinced that support from Western intelligence agencies was not required to entice people on to the street to protest against their dictators. El-Gawhary's thesis is that the Europeans managed to "slip in" to the military conflict in Libya. He views the NATO bombings as not having been primarily motivated by interest in Libyan oil.

Only one thing is certain for El-Gawhary: In the coming years, the Arab world will be "a work under construction". It will be politically more erratic, more chaotic, and, as a whole, more unpredictable. The USA and Europe now face the challenge of rethinking their relations with Arab countries from the ground up and building them anew.

The "Diary of the Arab Revolution" takes readers along on an adventurous trip back in time to the nerve-wracking ups and downs of those days of revolution in Tunisia and Egypt in January and February 2011 – including having to be constantly "brought back down to earth".

Once more, the reader can experience the extreme mood swings, at times rejoicing to heavens and at other times sunk down to the depths of despair, repeatedly torn between the hope of a quick end to the dictatorship and the fear that the authorities will put an end to the revolution by shooting the demonstrators. Particularly striking and also a sign of the quality of El-Gawhary's reporting is the fact that even the transcriptions of his live television channel surfing make for an exciting read.

In parts, it is apparent that the book was written in considerable haste. In light of the numerous persons cited and the many locations and street names, it would have been truly helpful if the author had included maps, a timeline, and a name register. Yet, despite all this, the reader should clearly keep in mind the nature of this project. It is a diary, a document of the times, nothing more and nothing less.

The beginnings of the revolutions in Egypt and Tunisia are described in more than adequate detail, but the reader should not expect an analysis of the deeper, underlying social causes of the upheavals, nor a detailed justification of the thesis that France and NATO "slipped in" to Libya. Whoever wants more has to read other books.

But those who choose instead to defer to the diary format and its limitations can await an exciting and moving journey back in time to the start of the Arab revolution.

Home
Print
Newsletter
More on this topic
Egypt before the First Post-Mubarak Parliamentary Election: Organised UncertaintyDemocracy and Rule of Law in Egypt: Momentum towards a ''Revolution of Reason''
Related Topics
Arab Spring, Arabellion, Democracy and civil society
All Topics

"For Sama", the film by Waad al-Kateab and Edward Watts that was crowned best European documentary at the last European Film Awards, gives us a very personal view of the war in ... END_OF_DOCUMENT_TOKEN_TO_BE_REPLACED

The recent escalation of violence in Idlib is also a result of the increasing tensions between Turkey and Russia. The victims are those in Idlib, caught up in a hopeless situation ... END_OF_DOCUMENT_TOKEN_TO_BE_REPLACED

A newly leaked document confirms how China is imprisoning Muslim minority Uighurs based solely on their religion. Naomi Conrad met with a whistle-blower and visited relatives of ... END_OF_DOCUMENT_TOKEN_TO_BE_REPLACED

Education is the key to the future. Muzoon Almellehan has known this since she was 14 years old. But she lives in a Jordanian refugee camp. And since then she has been fighting ... END_OF_DOCUMENT_TOKEN_TO_BE_REPLACED

The Kurdish YPG militia did the heavy lifting in the fight against the "Islamic State", yet many foreign YPG adherents, including Germans, have come home to find themselves under ... END_OF_DOCUMENT_TOKEN_TO_BE_REPLACED

The terror attacks in Paris, Brussels and Berlin were all carried out by men radicalised in jail. In Germany, politics and the judiciary are trying out new approaches to prevent ... END_OF_DOCUMENT_TOKEN_TO_BE_REPLACED
Author:
Martina Sabra
Date:
Mail:
Send via mail

END_OF_DOCUMENT_TOKEN_TO_BE_REPLACED
Social media
and networks
Subscribe to our
newsletter