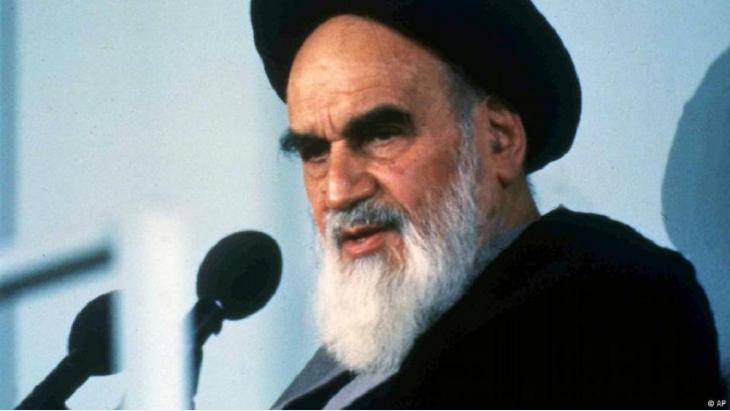 Recently published in German, Katajun Amirpur's new biography of Ayatollah Khomeini is a multi-faceted and knowledgeable portrait of the Iranian revolutionary leader that also offers some surprises. Marian Brehmer read the book for Qantara.de

Compared to other controversial revolutionary leaders who have achieved cult status in their home countries and sometimes beyond – figures such as Lenin, Mao, Fidel Castro or Che Guevara – little is known about the life of Ruhollah Khomeini. This is especially true in the German-speaking world. The Islamic scholar Katajun Amirpur thus closes a gap with her new Khomeini biography.

From the preface onwards, Amirpur reveals Khomeini's highly ambivalent personality: He aroused great emotion in millions of Iranians, but is said to have been lacking in emotion himself – when a reporter asked him what he felt on returning to his homeland after fifteen years in exile, he answered simply "nothing". Khomeini seized power, but never used it for his own enrichment and led an emphatically ascetic life. Khomeini could be merciless in his persecution of political opponents, yet at the same time felt at home in Islamic mysticism and wrote love poetry in the style of Jalaluddin Rumi.

Although Khomeini himself never spoke about his childhood, Amirpur manages to paint a fairly detailed picture of Khomeini's early years using Iranian sources such as the memoirs of his older brother Morteza. The details of the Khomeinis' family history are also interesting, such as the fact that the family emigrated to India in the 18th century, settling in the Shia-ruled region of Lucknow, where Khomeini's grandfather Seyyed Ahmad Musavi Hindi was born.

The details of Khomeini's background are also revealing: Amirpur begins the book by outlining the history of Shia Islam's origins and describing how Khomeini's socialisation was strongly influenced by the formal ceremony of religious holidays, such as the annual processions in Iran's Kerbala province. In addition, the author devotes a good part of the book to the background of Shia jurisprudence and the ideology of Shia Islamism, introducing readers to a field that is probably closed to most, but is indispensable for understanding Khomeini's mind and soul, as well as the course of the Islamic Revolution. 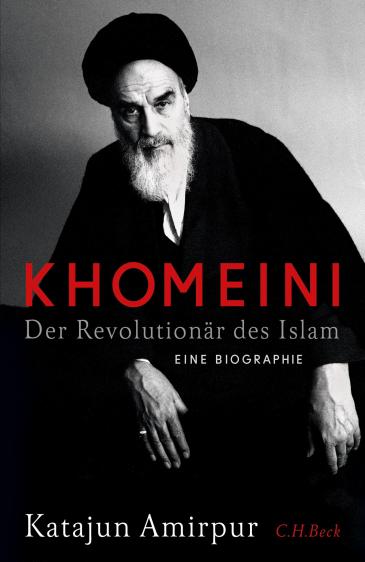 Who was Iran's revolutionary leader Ayatollah Khomeini? Islamic scholar and Iranian scholar Katajun Amirpur vividly narrates Khomeini's life in the context of Iranian history, from his childhood in a provincial town to his death in Tehran. She describes the early influence of Shia Islam on him, introduces his most important teachers, companions and works, and explains how he transformed a traditionally apolitical religious faith within the space of a few years

Amirpur earned her doctorate in 2000 with a dissertation on Shia Koranic exegesis and the thought of the Iranian philosopher Abdolkarim Sorush, who though one of the pioneers of the Islamic Revolution, courted controversy with his reformist interpretation of Islam and now lives in exile.

Another interesting detail is that Khomeini, despite his subsequent rejection of Western culture, received a school education that included a curriculum based on the European model – one result of the so-called "constitutional revolution" (1905-1911) that ripped through the Iranian school system during his youth.

Following the death of his mother to cholera, however, the young Khomeini devoted himself fully to the study of Shia jurisprudence, and then began slowly climbing the Shia cleric career ladder.

As a young teacher-in-training, Khomeini also taught Sufi texts, such as the works of the great Shia mystic Molla Sadra, who in the 17th century spoke of a correlation between mystical experience and logical thought. Students and future revolutionaries would praise Khomeini's teaching and sensitive expression in the highest terms.

The remainder of the book deals with Khomeini's increasing politicisation, from the writing of his first political tract in 1943 to the implementation of the government's doctrine of the "rule of the legal scholar", which continues to shape the policies of the Islamic Republic today. This is complex material, as there are various conflicting currents within Shia Islam that foster their own unique attitudes toward politics.

United only in their rejection of the Shah

Iran's religious and non-religious currents were united only in their rejection of the Shah. For Khomeini, the fact that Iran was ruled by a hereditary dynasty was a disgrace: "Islam declares monarchy and succession to be false and invalid," Khomeini wrote. "Monarchy and succession represent the same sinister, evil system of government that caused the Lord of Martyrs (Hussain bin Ali – peace be upon him) to rise in revolt and seek martyrdom to prevent its establishment."

The final pages of Khomeini's biography hold yet another surprise: here, Amirpur addresses Khomeini's poetic streak, which at first glance seems at odds with the ayatollah's authoritarianism and political harshness toward his opponents. The verses, which often speak of drunkenness and cups of wine, can only really be understood within the context of the Persian Sufi poetic tradition.

Finally, in the epilogue, Amirpur introduces Khomeini's granddaughter Zahra Eshraghi, who advocates feminism and human rights while criticising the misogynistic policies of today's Islamic Republic. In response, the powerful Guardian Council has accused her of being at odds with the fundamental tenets of the Muslim faith. Khomeini's image of women is also controversial: While he reportedly treated his own wife respectfully, he severely limited women's rights in society.

"The republican component of the Islamic Republic praises gender justice, while its Islamic component establishes gender injustice. Article 20 of the Constitution postulates equal protection of men and women before the law and their equal political, economic, social and cultural rights. But these are limited by Islamic principles," Amirpur writes in the chapter on Khomeini's image of women. At the end of the book, she sums up the disillusionment of many Iranians with their system of government thus: "For years people have been voting for the Islamic Republic of Iran with their feet. Every year 200,000 Iranians leave the country. Many more would leave if they could."

The protests in Iran have entered their third week with no indication that Tehran is prepared to address the demands that are echoing through the streets. Radio Farda’s Hannah ... END_OF_DOCUMENT_TOKEN_TO_BE_REPLACED

Just as the Islamic Revolution fundamentally changed Iran 43 years ago and had an impact far beyond the country's borders, the current wave of protests sweeping the country is set ... END_OF_DOCUMENT_TOKEN_TO_BE_REPLACED

The death of Mahsa Amini at the hands of Iran's "guardians of morality" is only the latest, tragic example – in a neverending chain of state repression and excessive police ... END_OF_DOCUMENT_TOKEN_TO_BE_REPLACED

In "Iran. Die Freiheit ist weiblich", journalist Golineh Atai describes the dogged resistance of courageous Iranian women against the Islamic Republic and the mullahs who have ... END_OF_DOCUMENT_TOKEN_TO_BE_REPLACED

Iranian artist Parastou Forouhar has lived in Germany since 1991. Full of rage, just like the protesters, she hasn't yet given up on the idea of justice. By Julia Hitz END_OF_DOCUMENT_TOKEN_TO_BE_REPLACED

Fariduddin Attar’s "The Conference of the Birds", one of the seminal works of Islamic mysticism, has recently been published in sumptuously illustrated German translation. It ... END_OF_DOCUMENT_TOKEN_TO_BE_REPLACED
Author:
Marian Brehmer
Date:
Mail:
Send via mail

END_OF_DOCUMENT_TOKEN_TO_BE_REPLACED
Social media
and networks
Subscribe to our
newsletter