The Egyptian author Khaled al Khamissi is being hailed as the new literary star of the Arab world. His book "Taxi" "is an homage to the wit, wisdom and poetry of the cab drivers of Cairo. Werner Bloch met with al Khamissi in Cairo and discussed current events in the author's home country 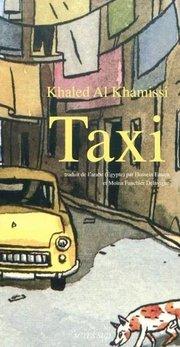 The herald of the rebellion: Al Khamissi's book, first published in Arabic in 2007, gives Cairo's taxi drivers a chance to freely speak their mind about political grievances in Egypt

​​ Will Egypt now become a permanent military dictatorship? Khaled al Khamissi, the country's new literary star, is certain of one thing – too much has happened in the Egyptian revolution over the past few weeks to allow this to happen.

Al Khamissi is one of the spokesmen of the revolution. He is full of enthusiasm, but at the same time, he also expresses caution with respect to the consequences of this transformation.

"I don't trust the military. Anyone in the world today with even a rudimentary education doesn't trust the army," he said. "But I do have faith in the power of the people. The Egyptian people have learned that it is possible to change things. They are now aware of the power they possess. And the Egyptian army simply can't deny their demands.

Great faith in the future

Khaled al Khamissi spent every day on Tahrir Square. He refused to answer interviews on the grounds that he had to be where history was being written, otherwise he wouldn't be able to forgive himself for the rest of his life. Now that Mubarak is gone, Egypt's intellectuals and writers are faced with completely new tasks.

"We are now in the process of finding out what kind of scenarios are feasible for Egypt under the current circumstances," says the author. "Many writers and authors are asking themselves what they can reasonably write in this situation. We all have great faith in the future. We feel that tomorrow with be far more beautiful than today, as the Turkish poet Nazim Hikmet once put it." 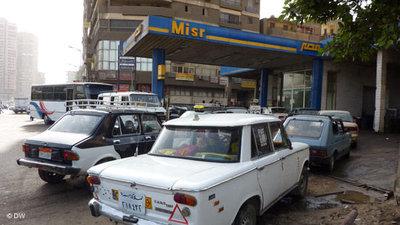 Not enough to live, too much to die: Some 250,000 taxi drivers are on the road in the Egyptian capital Cairo. Their income is negligible and they have to work a number of jobs to cover the costs of living in the metropolis. Misr is the Romanized Arabic name for Egypt

​​ Al Khamissi has been overwhelmed by how quickly the psyche of the Egyptian people has been transformed. The soul of the people has again emerged, he says. Mubarak's greatest crime was practically strangling this soul. Egypt can now shine once more.

Then, al Khamissi strikes out against the West. They will soon find things much more uncomfortable than in the past.

"When Angela Merkel commented for the first time on the Egyptian revolution, she said she was relieved and then began to praise the Egyptian-Israeli peace treaty. Yet, 95 percent of Egyptians are against the treaty, this old agreement from the 1970s. It doesn't mean that Egyptians want war. They want peace. But at the same time, they have been very disappointed by events in the past. What has the so-called friendship with the USA and Israel brought? Tear gas canisters that were fired upon the people! Military aid and money for the privileged elite!

Addressing these issues, Al Khamissi becomes quite agitated. He makes clear that the relationship with Israel has to change. "Egyptians are opposed to peace with a state that has oppressed the Palestinians for decades. We hate the oppression of the Palestinians as much as we hated Mubarak. The Americans and Europeans want democracy for Egypt, but a 'nice' democracy, one that is pro-American, pro-European, and pro-Israel. This is absolutely impossible."

For the past 30 years, the Americans and the Israelis have been doing what they like with the Arabs, says al Khamissi. The West constantly talks about the Islamic danger, although everyone could see during the demonstrations in Egypt that the Islamists would never be able to muster more than 20 percent of the vote – around the same level as Le Pen in France. 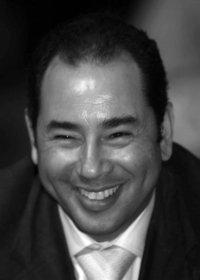 Shrewd and sharp-tongued: Khaled al Khamissi was born in Cairo in 1962 and studied political science at Cairo University and the Sorbonne. He works as a journalist for various Egyptian newspapers

​​ "I was on the road with a French camera team," al Khamissi continues. "When we encountered only one bearded, devout Muslim among 2000 faces, that was the face they wanted to film, not any of the other 1999. I really have to ask myself, what is the point?"

So what's to come? The next step could be that Amr Moussa, the Secretary General of the Arab League and former Egyptian Foreign Minister, assumes the post of head of state. Amr Moussa could serve as a transitional figure, even though, according to al Khamissi, he lacks any real substance and is somewhat of a ridiculous figure. At least he knows the rules of the game for international politics. And he is able to speak and does have charisma. The masses, in any event, love him.

The future lies in the past

Nevertheless, Khaled al Khamissi does not trust politicians. Instead, he chooses to place his faith in the common Egyptian people. "We know that this is a state that has had roughly the same borders for at least the past 10,000 years. It has always been a strong state that oppressed the population. And the people have always responded in their own way – with jokes, humour, and irony against the dictatorship. There were endless jokes about Mubarak that were popular among the common people."

And that is one of the reasons why he wrote the book. "Taxi" consists of interviews with Egyptian taxi drivers, all coming from the lowest socio-economic strata. They are all extremely poor, says al Khamissi.

The taxi drivers had therefore no time for the Egyptian revolution – they were too busy driving their cabs in order to earn some money. Yet, it is namely this social class that points the way towards the future.

"I believe in the Egyptian people, its wisdom and its culture. It's a kind of traditional common-sense wisdom. My book is meant to pay homage to the common people, like taxi drivers, many of whom are practically illiterate. They nonetheless possess a deep understanding of the world – much deeper, in fact, than our great Egyptian professors, who only echo the stereotypes of the Americans and the British. I can hear the voices of this wisdom on the Arab streets."

And wisdom, remarks al Khamissi, invariably includes a good deal of caution. The people are always much more sceptical than those who carried out the revolution. Only in retrospect will we be able to see if there was reason enough to celebrate.

Social and Cultural Transformation in Egypt
The Genealogy of the "Egyptian Spring"
The Egyptians have long been considered a peaceable, patient people. However, contrary to appearances, the recent protests have not materialised out of thin air. Egypt is much further down the line than we like to think, writes Stefan Winkler

The Egyptian Internet Activist Wael Ghonim
The Face of the Egyptian Protest Movement
Wael Ghonim became the public face of the protests against the regime in Egypt. An early organiser, he galvanised the public a second time via a widely viewed interview conducted after he left police custody. Loay Mudhoon sends us this portrait of the now famous blogger

Alaa Al Aswany's "Friendly Fire"
The Fall of Man Revisited
Even Alaa Al Aswany's early works were shot with the brilliance for which he is now renowned. This collection of short stories centres on Hisham, soon to be a professor of surgery, who loses himself in cynicism and criticism of Egyptian culture. Angela Schader read the book

END_OF_DOCUMENT_TOKEN_TO_BE_REPLACED
Social media
and networks
Subscribe to our
newsletter