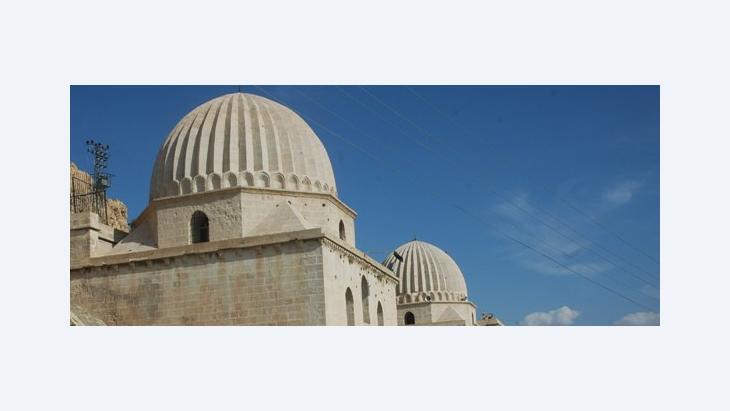 ﻿The walls may be ancient, but the students are young: the Zinciriye Madrasa in Mardin already offers a Masters in Kurdish Language and Culture and is now to start offering a Bachelors programme. It's a quiet but remarkable change in the Turkish university system. Sonja Galler reports

The walls of the Zinciriye Madrasa in the old city of Mardin in south-eastern Turkey shine honey-coloured in the sun. Tourists flock to the fourteenth-century Islamic university on the top of the city hill. But for just over a year, the sandstone walls have not just been a monument to the past: academic life has returned to the site.

The buildings are used by the Mardin Artuklu University, founded in 2007, for a course which is a first in the history of the Turkish republic: a two-year Masters programme in Kurdish Language and Culture, to which will now be added a Bachelors programme. The twenty Masters students will be joined by the same number of undergraduates. The course is taught in Kurdish, in the Kurmancî and Zazakî dialects. 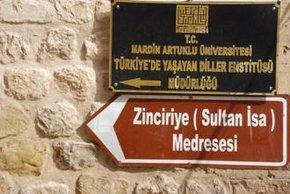 "Evidence of a real change of attitude": Kurdish culture and language in Turkey has suffered suppresion for decades. Amid setbacks, the governing AK Party has instigated a process of cautious reform

​​Kurdish is only one of three languages covered by the Institute for Living Languages (Yaşayan Diller Enstitüsü). Living Languages is a term which has been chosen with tact, to describe Kurdish, Arabic and Assyrian – the languages which are used widely in south-eastern Anatolia and which have so often been the cause of conflict, as in the debate over mother-tongue teaching in primary and secondary schools.

Mother-tongue teaching is so far just a dream in Turkey, where the authorities insist on a unified curriculum and the use of Turkish as a unifying language from Edirne to Hakkâri. The founding of the Mardin institute could be an important step towards providing the prerequisites for mother-tongue teaching – such as teachers who have been trained in the relevant languages, or the development of standard forms of the language and the preparation of textbooks – and thus increase the effectiveness of the campaign for such provision.

Of the three languages, so far only Kurdish has a professor. Kadri Yıldırım has been a professor of Arabic literature and language, whose research has specialised in the works of Ehmede Xanî – a classic of Kurdish literature.

The assistant professors are a specialist in Turkish literature and a theologian. The centre of the curriculum is made up of Kurdish grammar and dialect studies, together with classical and modern literature, manuscripts and oral culture. For many languages, such a course would be a standard beginners' programme, but for most Kurds this is excitingly new academic territory.

So who are the students who have decided to explore this new territory? Most of them are Kurds aged in their early thirties, many of them experienced teachers. All of them have been involved with Kurdish on their own in the past, and have published books or articles. One of them is the primary school teacher Kadir (not his real name), who says, "For us, the fact that we don't just speak in Kurdish about Kurdish topics in our living rooms, but in a Turkish university, is real progress." 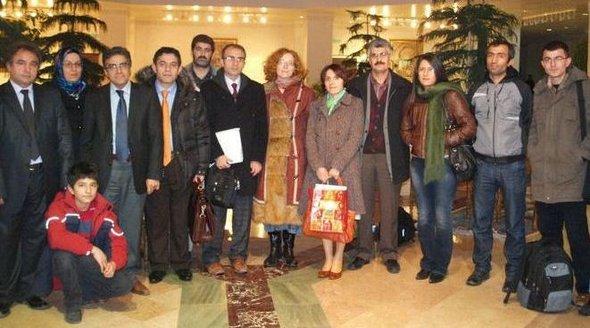 ​​They are highly committed, intellectual and self-confident – and until now they were far from being able to turn their interest into a profession. But that's exactly what drives Kadir and many of the others: "We're tired of teaching all day in Turkish and then being able to deal with Kurdish only after work, as if it were a kind of hobby."

Kadir hopes to find a job at a university when he's finished. His chances are not bad, since there's talk of setting up university departments of Kurdish in Muş, Hakkâri and Bingöl.

The institute has been sure of media interest since it was founded. The reactions have been mostly positive, but there was also criticism from influential Kurdish institutions and parties, such Kurdi-Dur and BDP. They said the new courses were not evidence of a real change of attitude on the part of the governing AKP, but were merely a clever move to calm things down. They said the staff members in the new departments were chosen for their closeness to the AKP. 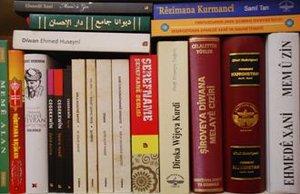 "The very existence of the course gives the lie to the image of the Kurds as uneducated and lacking in history and literature." - Pictured: Kurdish books recently printed and published in Turkey

​​The new courses are indeed a fairly safe concession (what's a handful of students, after all?) after years of pressure from the EU and Kurdish organizations. But now the criticism has become quieter, to be replaced by curiosity. Around 200 students applied to join the Masters programme in its second year, including well-known Kurdish writers, who are getting the opportunity for the first time in their lives to study Kurdish in class.

Kadir admits that the current conditions are anything but ideal: there are few courses, there aren't enough teachers and there's no real method yet. It's still impossible to deal in a critically academic way with Kurdish history; the university council YÖK has too much control for that to be possible, and it observes closely everything the institute says.

All the same, says Kadir, the programme has already achieved something remarkable: "The very existence of the course gives the lie to the image of the Kurds as uneducated and lacking in history and literature." The fact that people are made aware of Kurdish writers like Ehmede Xanî, and his main work is published by the Ministry of Culture, or the fact that literary translations from Kurdish into Turkish and the other way round are increasing in number – all that Kadir sees as a positive sign.

You can feel the eagerness for knowledge of Kadir's generation of students, who are now dealing with topics like "Cizre as a place in literature", "Women in the Dengbej culture", or "Kurdish literary criticism". The first Masters theses are being awaited with anticipation.

As Syrian camps housing families of Islamic State fighters get more dangerous, there are calls to bring children out, even if the mothers don't want to go. The idea of separating ... END_OF_DOCUMENT_TOKEN_TO_BE_REPLACED

The Kurds are under attack from two sides: from Turkey, and from Iran. The situation in their territories in northern Iraq is becoming increasingly desperate. Birgit Svensson ... END_OF_DOCUMENT_TOKEN_TO_BE_REPLACED

Hundreds of porters, locally known as ‘kolbars’, cross the mountainous border between Iran and Iraqi Kurdistan all year round. With Iran’s economic crisis deepening, ever more ... END_OF_DOCUMENT_TOKEN_TO_BE_REPLACED

The Syrian conflict remains insoluble for the time being. Yet Europe could start managing it better. By reorganising humanitarian aid supplies, becoming more involved in the ... END_OF_DOCUMENT_TOKEN_TO_BE_REPLACED

Bachtyar Ali sends the hero of his latest novel – "Mein Onkel den der Wind mitnahm" – literally flying. Jamshid is so thin after his years as a political prisoner that a gust of ... END_OF_DOCUMENT_TOKEN_TO_BE_REPLACED

In this essay, renowned Lebanese journalist and writer Hazem Saghieh asks whether the Arab Levant, which stretches from Iraq in the east to Egypt in the west, will remain an ... END_OF_DOCUMENT_TOKEN_TO_BE_REPLACED

Comments for this article: A Radical Change in Quiet Stages

The name of the language

The third mentioned "living language" is Syriac or Aramaic ('süryani'), and not "Assyrian".

END_OF_DOCUMENT_TOKEN_TO_BE_REPLACED
Social media
and networks
Subscribe to our
newsletter