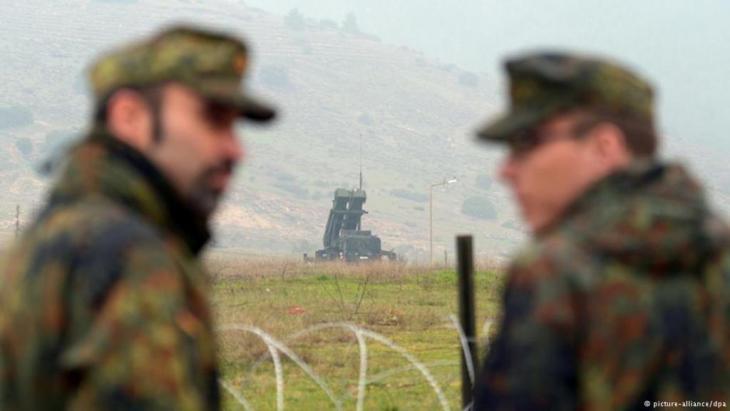 Kurds in Iraq
When hope turns to fear

By extending its airstrikes against the terror organisation IS to include Kurdish militant PKK targets, Turkey risks escalating conflict with other Kurdish groups in the region. The Iraqi Kurds are worried. By Birgit Svensson in Irbil

Shirwan is a small Kurdish village in northern Iraq. From its idyllic location within view of the Turkish border, you could almost think that all was still right with the world there. But since Monday, residents have been living in fear of being hit by Turkish airstrikes. The Turkish army hasn't just been bombing Islamic State targets along the Turkish–Syrian border; it has also been hitting Iraqi targets.

After bombing the Qandil mountains further east, Turkish planes began their strikes on the Mergasur region, which includes Shirwan. "Most likely, they want to prevent Kurdish PKK militants from controlling an entire swathe of territory along the Turkish border," said village leader Dikhri.

The people of Shirwan are understandably afraid that their village could be destroyed a second time. During the "Anfal" campaign at the end of the 1980s, Iraqi dictator Saddam Hussein razed some 4,000 Kurdish villages in the border region to the ground as revenge for the Kurds' resistance. It took much effort and foreign support to eventually rebuild Shirwan. "And now the Turks come," sighs Dikhri, taking little comfort from the fact that Turkey's actions are directed against the PKK and not Iraqi Kurds. 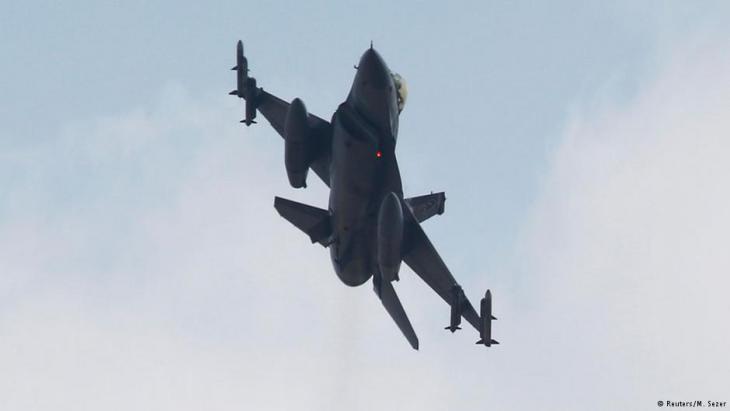 The peace process between Turkey and the PKK began in 2013 and ended earlier this week when Turkey began bombing PKK positions in Iraq. Tension in the region is rising as a result. Pictured here: a Turkish F-16 jet

A whole new dimension of bombings

Something the Kurdish regional authority in Irbil long refused to admit has now been official for two years: the Turkish–Kurdish guerrilla organisation PKK does have bases in the Iraqi mountains along the Turkish and Iranian borders. Ever since the fall of Saddam Hussein in April 2003, about 5,000 Turkish Kurds have been operating out of Iraqi territory, initially being quietly tolerated by Iraqi Kurdish leaders Massoud Barzani and Jalal Talabani.

From there, they planned attacks on Turkish security forces, sparking retaliatory action from the Turkish army. So while the bombardment of PKK positions in Iraq is nothing new, it took on a whole new dimension this week. To understand why, it pays to go back in time a few years.

Two years ago, the conflict between Ankara and the PKK took a turn for the better: a peace agreement stated that a further 2,000 PKK militants should leave Turkey for the Qandil mountains, on condition that they down weapons and stop their terrorist attacks against the Turkish government. But with Turkish fighter jets now bombing PKK camps in Iraq, the peace process is officially over.

The Iraqi–Kurdish news broadcaster, Rudaw, has reported that F-16 jets have been taking off from an air base in Diyarbakir in south-eastern Turkey. They first bombed Islamic State targets along the border before extending their attacks to northern Iraq, where the PKK has bases. The Kurdish conflict, which so many had hoped had died down, has now been reignited. Tension in the region is rising. 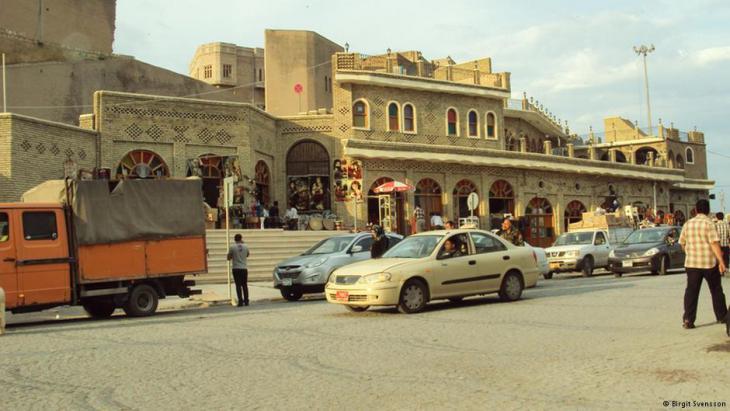 For some years now, the region of Iraqi Kurdistan has been largely independent from Baghdad in economic terms. Whether it be for investment funding, trade or supplies of oil and gas, economic ties between Turkey and the Iraqi Kurds have grown to such an extent that they cannot be disregarded by either side. Pictured here: a street in Irbil, Iraqi Kurdistan

Hermine stands in front of Irbil's 5,000-year-old citadel, attempting to draw passers-by into a discussion and win their support. The young Kurdish woman has been well trained in how to speak about the political arm of the PKK, the Kurdistan People's Congress. Since it was founded in November 2003, the Kongra-Gel or KGK, has become increasingly significant. That's because the PKK, or Kurdistan Workers' Party, has had less and less to do with workers and politics, and much more to do with weapons and planning attacks.

The PKK is estimated to be responsible for some 40,000 deaths. Turkey, the EU and the United States have labelled it a terrorist organisation. The Kurds realised that they were not making any progress and began pursuing a political solution. Kurdish leader Barzani worked tirelessly to further reconciliation between Turkey and the Kurds.

When in the summer of 2014, Kurdish PKK fighters helped break an Islamic State siege on Mount Sinjar, freeing hundreds of trapped Yazidis, and played a successful role in the fight for Kobani in Syria, many thought the militants were rehabilitated. Since then, Iraqi–Kurdish Peshmerga forces have been full of praise for the PKK's will to fight and are planning further joint action. People in Europe began to change the way they thought about the PKK. There were calls to remove it from the list of terrorist organisations, especially since Germany became one of the countries to support Kurdish forces fighting against IS with weapons deliveries. 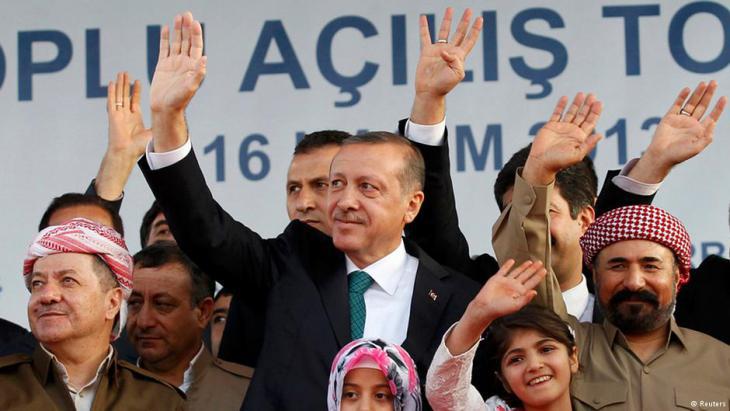 Hardly anyone expected the peace process, which began with such hope and seemed so promising, to end as it has. Many thought the PKK had been rehabilitated, several countries began supplying the Kurds with arms to fight IS, and there were calls to remove the PKK from the list of terrorist organisations. A picture from happier times: Barzani and Erdogan in 2013

That's why Massoud Barzani is appealing to both sides for restraint. "What was achieved in peace cannot be maintained during war," he has said. As an economic centre with billions in foreign direct investment, Iraqi Kurdistan has already grown to a size that can no longer be ignored. The population of the region's capital, Irbil, has doubled in the last ten years and is now home to around 1.5 million people.

Barzani does not want to put that development at risk, especially since Turkey is the biggest stakeholder in the region. It has the highest level of investment, and trade relations are now so interconnected that Turkish businessmen have been pressuring Ankara for years to at least reconcile with Iraqi Kurds. Rolling out the red carpet eventually ushered in change.

When Barzani travelled from Irbil to Ankara at the end of April 2012, he was received like a guest of the state. The photos showing Turkish Prime Minister Recep Tayyip Erdogan standing shoulder to shoulder with the President of the Kurdish region in Iraq spelled hope for Kurds across the region.

At the time, the media in the three autonomous provinces along the Turkish and Iranian borders spoke of an historic change. This was not surprising, considering that the two men had until that point been bitter enemies. A year later, the peace agreement between Ankara and the PKK was in place. Since Tuesday, this agreement has been consigned to the history books.

Any reconciliation between Turkey and Syria’s Assad regime would have disastrous consequences for many Syrians, explains Syria expert Kristin Helberg END_OF_DOCUMENT_TOKEN_TO_BE_REPLACED

Iraq bears the scars of decades of conflict and has seen its antiquities plundered, yet the House of Manuscripts' collection has managed to survive END_OF_DOCUMENT_TOKEN_TO_BE_REPLACED

As Syrian camps housing families of Islamic State fighters get more dangerous, there are calls to bring children out, even if the mothers don't want to go. The idea of separating ... END_OF_DOCUMENT_TOKEN_TO_BE_REPLACED

Morocco has taken the 2022 World Cup by storm, with the northwest Africans reaching the semi-finals for the first time in their soccer history. As the knockout match approaches, ... END_OF_DOCUMENT_TOKEN_TO_BE_REPLACED

The Islamic Republic has been unable to quell the civil unrest that erupted three months ago, after Mahsa Amini died after being detained for violating hijab rules. Now the ... END_OF_DOCUMENT_TOKEN_TO_BE_REPLACED

The Kurds are under attack from two sides: from Turkey, and from Iran. The situation in their territories in northern Iraq is becoming increasingly desperate. Birgit Svensson ... END_OF_DOCUMENT_TOKEN_TO_BE_REPLACED
Author:
Birgit Svensson
Date:
Mail:
Send via mail

END_OF_DOCUMENT_TOKEN_TO_BE_REPLACED
Social media
and networks
Subscribe to our
newsletter