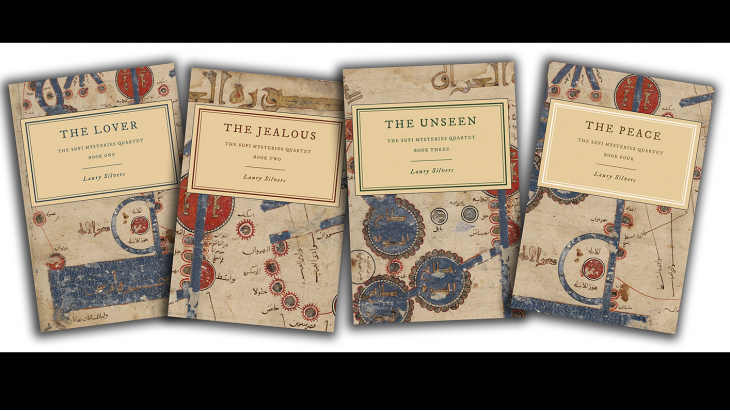 Rarely has the world of crime-writing taken such an interesting turn. Richard Marcus spoke to American Muslim historian and novelist Laury Silvers about her four detective novels set in Baghdad under the Abbasid caliphate and the advantages of self-publishing

Set among tenth century Baghdad's emerging Sufi community, Laury Silvers' Sufi Mysteries Quartet is a treat for fans of historical fiction. Each of the three published books, The Lover, The Jealous, The Unseen and the soon-to-be-published fourth, The Peace, focus on a murder, but also on the life challenges facing the protagonists.

Playing to her strengths as a specialist in early Islamic mysticism during the Abbasid caliphate, Silvers vividly recreates a sense of what life was like over one thousand years ago in the region now known as Iraq. Cleverly weaving in detail on everything from how the justice system functioned under the caliph and the origins of Sunni-Shia tension to how women struggled to carve out an independent living for themselves, Silvers draws the reader back in time.

Ms. Silvers, please tell us a little about yourself.

Silvers: I am an American living in Canada and a retired historian of early Islamic mysticism, writing murder mysteries set in the time and place of my research, tenth century Iraq. In 2005, I became active in the women-led prayer movement in North America, and in 2009, I co-founded a gender-equal/LGBTQ-open mosque in Toronto. These days, I stay home with the family and tap away at my novels. 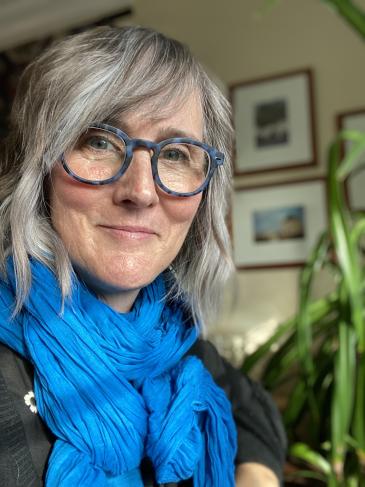 A new departure: unlike her inspiration, Umberto Eco, Laury Silvers abandoned the Christo- and Eurocentric past familiar to most readers in the North American, European and UK markets. When it came marketing her novels, however, she found herself unable to make the compromises needed to access a wider audience. "Had I stuck to publishing convention, I would have been forced to denature the story for the benefit of some, while leaving my own communities behind," Silvers explained. "In the end, with all the freedom self-publishing affords, I found a small, but committed readership with a stake – founded in love or ancestry – in Abbasid-era Iraq, as well as those eager to learn about that period of history and Islam through the lives of my characters"

For each of the four books in the series, you have chosen one of Allah's 99 names as the title. Why this motif – and why those four specifically?

Silvers: The names of God are the keys to the books. Each name points to the central question addressed by the book in question through the lives of its characters and the investigation of a crime. Moreover, each volume represents a successive stage on the Sufi path.

In The Lover, Zaytuna and Tein are forced to terms with the legacy of their mother, a mystic who wandered the empire with her children in tow, lost in her ecstatic love for God. As she preached in the streets and graveyards, followers would crowd around her to imbibe her love and wisdom, terrifying Zaytuna and forcing Tein to be the protector of the family.

Some twenty years later, the death of a local servant boy pushes Zaytuna into a criminal investigation led by her brother, Tein, and his partner, Ammar, detectives with Baghdad’s Grave Crimes section. The case sets the characters on a journey through the contours of love in all its manifestations, including the fear of love that is dangerously consuming, be it human or divine.

The Jealous depicts the mediaeval masculine ideal of jealously guarding those in one’s care, but in the form of policing, the religious and secular legal systems, as well as the characters' own personal struggles.

The Unseen explores the interpretation of signs, dreams, lineages and texts at work among the diverse Shia and Sunni communities of Baghdad and political tensions that arise from it.

Still to be published, the fourth book in the series – The Peace – will investigate how different characters imagine intimacy with God, reprising elements of the three previous books, love and trust, institutional and personal control, not to mention scholarly and community tensions.

You worked for many years as an academic. Why the switch to fiction – and why the mystery genre specifically?

Silvers: On leaving my part-time teaching position, I realised I had had enough of academia. I had always wanted to write fiction from childhood. Once I was no longer producing academic prose, the desire re-emerged. Umberto Eco's The Name of the Rose became a touchstone for me. In his murder mystery set inside a medieval Italian monastery, Eco unpacks historical tensions in medieval European Christian thought, the role of material culture in those disputes and the nature of symbols, signs, language.

My aim was to write a mystery series that would breathe life into the questions that interested me most in my scholarship and in my experience as a Muslim – the memory of the people, religious and political tensions, not to mention the cultural productivity of the Abbasid era, loom large in my faith. But I also love the puzzle of a mystery. I take enormous pleasure in providing the reader with all the clues to solve a crime, while concealing "whodunit" from them.

You make it clear that even in the time period described, Islam cast a wide net – you include Asian and African characters in your books – but you also show that there was a certain amount of discrimination against people of African descent. Why was this important to depict?

Silvers: Although the novels focus on the spiritual and emotional lives of the characters, those lives only make sense in the broader context of life itself. I tried to depict the full spectrum of experience in Baghdad under the Abbasids, as I have understood it, with no apologetics or romanticism, but rather as a diversely populated and cultured, gorgeous mess of humanity. That also meant depicting the worst aspects of that society, such as racism and enslavement.

Such depictions, however, require responsible representation. There must be a reason for them and a limit to them. I reached out to specialists and people who would identify with the characters, religions or regions depicted in the novels to discuss the stories. Their generosity helped me make thoughtful choices in writing about sensitive matters, such as anti-Black racism and enslavement, as well as a host of other historical realities. I also hoped the novels might offer points of reflection on issues that haunt the Muslim community in North America today, issues that are all too often silenced by excuses peddled by the majority.

Who was your intended audience – or did you even have a specific audience in mind when you sat down to write these books?

Silvers: As you know, Umberto Eco was my inspiration. His mystery is, however, set in a Christian and European past familiar to most readers in the North American, European and UK markets. When it came to my novels I found myself unable to make the compromises necessary for accessing a wider audience. Had I stuck to publishing convention, I would have been forced to denature the story for the benefit of some, while leaving my own communities behind. In the end, with all the freedom self-publishing affords, I found a small but committed readership by writing for those with a stake – founded in love or ancestry – in Abbasid-era Iraq, as well as those eager to learn about that period of history and Islam through the lives of my characters. The first three books have been included in university curricula, and I am optimistic about the fourth. Thankfully, many readers have recommended my stories to a wider audience, acting as the bridge I could not build myself.

Ever since a 2007 decree by the Canadian parliament, October has been celebrated as the country's Islamic History Month. Four weeks of events across the country highlight the ... END_OF_DOCUMENT_TOKEN_TO_BE_REPLACED

Iranian-Canadian author Ava Farmehri’s debut novel paints a bleak picture of growing up in Iran after the Islamic Revolution. The book is both a prison novel and a reflection on ... END_OF_DOCUMENT_TOKEN_TO_BE_REPLACED

Last week Egypt's police stepped up an "unprecedented escalation" on activists by arresting a leading rights group director. Advocates on the Nile have long weathered a crackdown ... END_OF_DOCUMENT_TOKEN_TO_BE_REPLACED

In France and in Canada's Francophone province of Quebec issues of personal freedom have recently been thrown into sharp relief. In Quebec, legal proceedings have been initiated ... END_OF_DOCUMENT_TOKEN_TO_BE_REPLACED

A friend of the murdered journalist Jamal Khashoggi, Omar Abdulaziz is a thorn in the side of Saudi Arabia. Living in exile in Canada, the activist has been warned by the police ... END_OF_DOCUMENT_TOKEN_TO_BE_REPLACED

In 2017, Sarah Hegazy was arrested in Cairo for displaying a rainbow flag, the symbol for homosexuality and queerness, at a concert. The activist recently took her own life in ... END_OF_DOCUMENT_TOKEN_TO_BE_REPLACED
Author:
Richard Marcus
Date:
Mail:
Send via mail

END_OF_DOCUMENT_TOKEN_TO_BE_REPLACED
Social media
and networks
Subscribe to our
newsletter