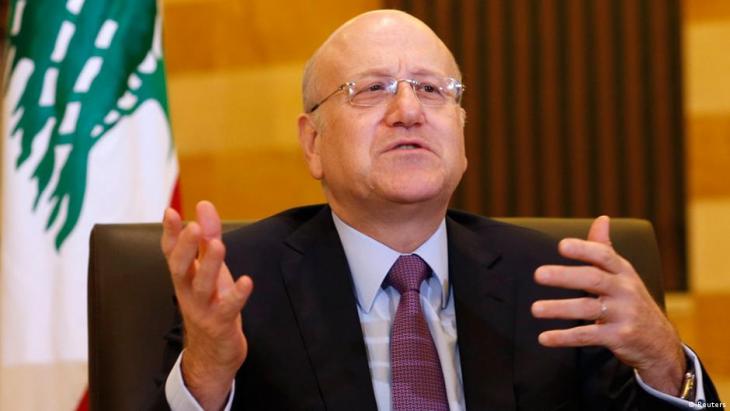 Lebanon's president is expected to appoint on Monday a billionaire businessman and former prime minister as the next premier-designate, after Saad Hariri earlier this month gave up attempts to form a cabinet amid an unprecedented financial meltdown roiling the country.

One of the richest men in Lebanon, Mikati became a favourite for the post after he was endorsed by most of Lebanon's political parties and also the powerful, Iran-backed militant Hezbollah group. Mikati was also endorsed by Hariri, who abandoned efforts to form a government after failing to agree with Aoun on the cabinet's makeup. The political deadlock, driven by a power struggle between Aoun and Hariri over constitutional rights, has worsened a crippling economic and financial crisis.

It is not clear whether Mikati – widely considered an extension of the political class that brought the country to bankruptcy – would be able to break the year-long impasse over the formation of a new government. He faces Christian opposition, including from Aoun's own political party, now led by his son-in-law Gebran Bassil.

Poverty has soared in the past several months as the situation spirals out of control, with dire shortages of medicines, fuel and electricity. The currency has lost around 90% of its value to the dollar, driving hyperinflation.

Mikati's designation would be the third so far since the current caretaker government headed by Hassan Diab resigned in the wake of the massive explosion at Beirut's port last August. Since then, Diab's cabinet has acted only in a caretaker capacity, compounding Lebanon's paralysis further.

The first to try to form a government was Lebanon's former ambassador to Germany, Mustafa Adib, who resigned last September, nearly a month after being designated prime minister. Hariri was appointed next and stepped down after 10 months.

Any new government faces the monumental task of undertaking desperately needed reforms as well as resuming talks with the International Monetary Fund for a rescue package. The international community has refused to help Lebanon financially before wide reforms are implemented to fight widespread corruption and mismanagement.

Mikati, a Sunni billionaire from the northern city of Tripoli, served as prime minister in 2005 and from 2011 to 2013, when he resigned at the height of the Syrian war after a two-year stint in a government dominated by Hezbollah and its allies. Neighbouring Syria's conflict had increased sectarian tensions between Lebanese supporting opposite sides in the war next door.

Mikati is supported by France, the former colonial power in Lebanon, and also the United States. (AP)

More on this topic
Author and critic Elias Khoury: "Lebanon has always rebelled against political repression"Economic crisis in Lebanon: The subsidy quandaryOne month after the Beirut port explosion: "We sweep trauma under the carpet and carry on"
Home
Print
Newsletter
MoreAll Topics

END_OF_DOCUMENT_TOKEN_TO_BE_REPLACED
Social media
and networks
Subscribe to our
newsletter