Music as a Political Message

For decades, Lebanese composer and singer-songwriter Marcel Khalifé has played a leading role in shaping Arabic musical culture. His latest concert in Germany was entitled "A Tribute to Gaza". By Martina Sabra 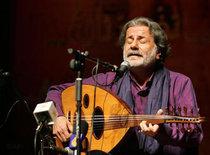 Even after 20 years, many fans still see Khalifé as primarily a political singer-songwriter

​​When Marcel Khalifé, pianist Rami Khalifé and American double bass player Mark Helias stepped onto the stage of Bonn's Beethoven Hall, they received a standing ovation. Fans waved a Lebanese flag over the front row of seats. Farther to the rear, a Palestinian flag was hanging from the balcony. Marcel Khalifé came to Germany with a political message: "What is currently happening in Gaza is a continuation of the expulsion of 1948. Israel was created because the Europeans wanted to rid themselves of their guilt for the mass murder of the Jews. But what do the Palestinians have to do with this? Europe must finally recognize its historic debt to the Palestinians!"

With the Gaza conflict making headlines around the world, the musician decided at the last minute to change the focus of this long-planned concert in Germany. Instead of presenting more recent compositions, Khalifé played his activist songs from the 1970s and 1980s. "For me these songs are timeless," explains the artist. "They convey a humane message that is always valid." Even after 20 years, many fans still see Khalifé as primarily a political singer-songwriter. Yet songs like "Rita and the Rifle," "My Mother" and "Passport" – based on Mahmoud Darwish's poetry – represent only a brief chapter in this important composer's exemplary career, which spans nearly four decades. 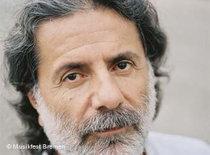 ​​In addition to singing about Palestine and the revolution, Khalifé has made important contributions to Lebanese popular music, written film scores, and realized challenging intercultural projects. And he has played a leading role in shaping Arab musical culture.

When you first meet with Khalifé, 59, it is not immediately obvious that he is one of the greats of the Arab musical world. He is a bit on the short side and radiates a sense of compassion with his salt-and-pepper beard and smiling, big brown eyes. Although he has a reputation for keeping journalists waiting, he is open and relaxed during interviews, and amazingly patient when photographers take the umpteenth photo.

Marcel Khalifé was born in 1950 as the son of a Maronite fishing family in the small Christian-Muslim village of Amchit north of Beirut. His mother recognized the boy's musical talent at an early age when he turned all the pots and pans in the house into his own percussion section. "Unfortunately, I didn't have the pleasure of living very long with my mother because she died early on," says Khalifé, and you can sense that this early loss made a deep impression on him. 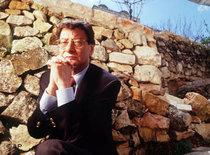 ​​The breathtaking beauty of the Lebanese mountains and coast, the multifaceted cultural and religious traditions and people's zest for life formed the emotional foundation for Khalifé's artistic creativity. "I'm inspired by poems, things that people have experienced, images, nature – in short: everything that surrounds me," says the artist. "You can be out on the highway or at home drumming on the table, listening to the wind, a breeze, the waves… all of life is music!"

After learning to play the oud (an Arabic lute) as a young man, he studied at the Beirut National Conservatory of Music, where he graduated in 1971 and taught from 1972 to 1975. During the civil war, the artist's political sympathies lay with the Lebanese left and the Palestinians.

In 1976 he founded the Al Mayadine Ensemble (which can mean "battlefield" or "village square" in Arabic) and sang songs about love, liberation and revolution – not in the usual bombastic style of classical Arabic singers, but rather in a new, simple language that everyone could understand. His compositions are based on the folk music and religious musical traditions of Lebanon. Khalifé's lyrics stem for the most part from the Palestinian poet Mahmoud Darwish, who grew up in Israel and had been living in exile in Beirut since 1972. Thanks to these musical renditions, the poems of Mahmoud Darwish became famous throughout the Arab world – and Marcel Khalifé along with him. "At the time, I was very politically active," says Khalifé, "and that's how it is: you believe that with music you can change the world. But in reality you can't even change yourself." 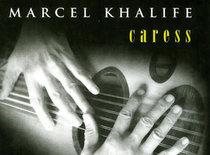 ​​In addition to Khalifé, there were other influential singer-songwriters in Lebanon during the 1980s, like Ahmed Qabur and Khaled Al Hibr. In contrast to these contemporaries, however, Khalifé didn't fade into anonymity when the civil war ended in 1990 and the Soviet Union collapsed. He was the only one who managed to leave the political niche behind him and gain a large audience, both in the Arab world and internationally.

Nevertheless, not everything that Khalifé produced in the 1980s and 1990s was artistically convincing. His recording of the poem Ahmad Al-Arabi by Darwish, which deals with the 1976 massacre of Palestinians in the Tal Al-Zaatar refugee camp, was panned by many critics as too ostentatious and kitsch. But Khalifé has been widely acclaimed for the instrumental works that he has produced since the 1990s, usually with smaller, chamber-music-style ensembles and occasionally with orchestras. Albums such as "Jadal" and the recently released CD "Caress" (muda'abaat in Arabic, 2008) can already be hailed as milestones in modern Arabic music.

Palestine as a life theme

For his musical accomplishments and his efforts to enhance understanding between nations, Khalifé has received a number of coveted awards, including the UNESCO Artist for Peace award and the Medal of Intellectual Achievement from Morocco's King Mohammed VI. For his album "Taqasim", released in 2007, the musician received the grand prize from the prestigious French Charles Cros Academy. But despite this wealth of awards, Khalifé is not about to rest on his laurels. He tirelessly pursues projects for a better understanding between Islam and the West. His next stop is Washington, where he will work together with American conductor Lorin Maazel to present a large Arabic concert in the near future. Afterwards, Khalifé is planning an homage to the Palestinian poet Mahmoud Darwish, who died in August, 2008 at the age of 67. Wherever his artistic paths may lead him, Palestine will always remain a life theme for Marcel Khalifé.

Marcel Khalifeh "An Iconic Figure of Contemporary Arab Culture" Considered the "Bob Dylan of the Middle East", the Lebanese Marcel Khalifeh is one of the few musicians of the region with a political message, writes Ala Al-Hamarneh. Khalifeh was recently named Artist for Peace by the UNESCO

Rabih Abou-Khalil "Today's Tradition is Yesterday's Revolution" In 1978, the oud player Rabih Abou-Khalil fled the Civil War in Lebanon. He went to Bavaria, where he studied music. Today, he is one of the most renowned and successful exponents of World Music in Europe. Lewis Gropp reports

END_OF_DOCUMENT_TOKEN_TO_BE_REPLACED
Social media
and networks
Subscribe to our
newsletter