Wine-Making Is an Art

Despite being one of the world's smallest wine producers, Lebanon has acquired a good reputation among international experts. In creating fine wines for the 21st century Lebanese vintners are building on a 4,000-year-old history. By Birgit Kaspar 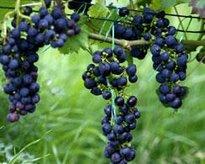 Only about 6 million bottles of wine are pressed in Lebanon annually. About half of these are exported, to 35 countries

​​At the foot of the Barouk mountains in Lebanon's Bekaa Valley the autumn sunshine bathes the vineyards of Chateau Kefraya in golden light. Around thirty day labourers, some from Syria, some from the nearby villages, are using special shears to clip the purple grapes, bursting with ripeness, from the vines.

Michel de Boustros, who started producing his own wine in Kefraya in 1979, during the civil war, expects this to be a particularly good year. Last year the harvest nearly had to be cancelled altogether because of the war between Israel and Hezbollah. Afterwards it was difficult to find enough people to harvest the 300 hectares of vineyards.

Many of those who pick grapes here for $10 a day are Muslims, but among them are also Druze and Christians. Not all Muslims take their religion's ban on alcohol too seriously. 24-year-old Rabia Moussa admits, with a big smile, that she is very fond of wine, particularly red.

De Boustros says that even in politically tense times like these the different religious groups work together harmoniously, because at his vineyard religion and politics are taboo. "All of them have got used to that; we've never had any problems."

Chateau Kefraya produces around two million bottles a year, which makes it the second biggest wine producer in Lebanon. Ksara, where the Jesuits started manufacturing wine 150 years ago, is the oldest and biggest. In recent years around a dozen smaller vineyards have also started up.

Historically, though, Lebanese wine-making can be traced back at least 4,000 years, to when the Phoenicians sold their wine in the Mediterranean region. The Roman temple erected to the wine god, Bacchus, in today's Hezbollah stronghold of Baalbeck bears witness to this.

Nobility titles in Lebanon and abroad

Lebanon is one of the smallest wine producers in the world. Only about 6 million bottles are pressed there annually. About half of these are exported, to 35 countries. France is the biggest customer, but Lebanese wine is also found in Germany. It has acquired a good reputation among experts, and has won a number of prizes in international competitions.

Fabrice Guiberteau, the French oenologist in Kefraya, says that what distinguishes Lebanese wine is the intense sunshine and the long dry season. There is usually no rain from April onwards, and the vineyards are not irrigated as the very stony soil, chalky and rich in clay, retains moisture from the winter months.

In addition, the Kefraya vineyards are about 950 to 1,100 metres above sea level. "That influences the intensity of colour and also the flavour of the grapes," explains Guiberteau. Alongside the mixture of the different grapes, the human factor is also a decisive one. "I work on the assumption that wine is a living thing. That's why it's important to give it a soul."

The history of Chateau Kefraya

The wine cellar of Chateau Kefraya contains 400 French oak barrels, which are used to store its most prestigious wine, the Comte de M. In the vineyard's holy of holies its 78-year-old founder, de Boustros, proudly displays the history of Chateau Kefraya.

The best bottles of every year are kept here, from 1979 to the present. The grey-haired founder explains that, since 1991, the red wine labels are decorated with a painting by a Lebanese woman painter while the white wines all bear the name of an opera, provided the title of the opera is a woman's name.

Aida was the first, then came Madame Butterfly; this year they've arrived at Giaconda. "I believe that wine is an art. There's a connection not only to painting or to music but to every art form, also to beautiful gardens."

This is why de Boustros has planted several gardens at the edges of the vineyards, sown with flowers and pampas grass, between the factory and the little restaurant. Wine, de Boustros philosophises, cannot be produced in an ugly environment.

"If you drink a good wine out of an ugly bottle, it's not the same thing." All these things influence the product, he believes. Yet de Boustros the aesthete loves not only his wine but also the people involved in its production and the ground on which it grows.

However, as he stands in his garden watching the sun set over the vineyards shimmering in the reddish evening light, he is beset by doubts about the future. "What I have created here I have loved so much. I don't know what will come after me. I am not optimistic."

Book Review of Khalil Gibran Biography
The Prophet and His Flamboyant Creator
Alexandre Najjar has written an entertaining and informative biography of Lebanese-American cult author Khalil Gibran. A review by Andreas Pflitsch

END_OF_DOCUMENT_TOKEN_TO_BE_REPLACED
Social media
and networks
Subscribe to our
newsletter