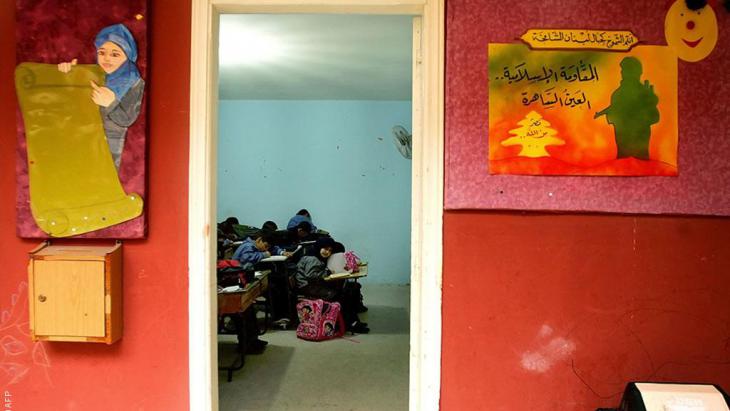 As the Islamic movements started to spread across the Arab world in the early 1970s, a number of educational institutions affiliated to political Islam were established in Lebanon. Though they did not mark the beginning of religious education in the country, they differed from other Islamic and Christian schools.

Unlike religious schools that incorporate spirituality into their education, political Islam schools adopt Islam as an ideology and a doctrine relating to all aspects of life, including politics. In fact, some of them were actually founded by Islamic political parties. 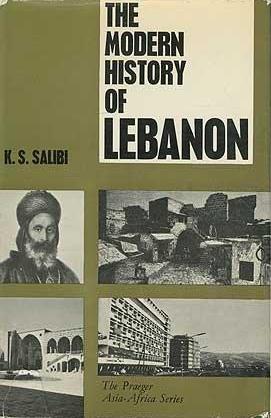 As Lebanese historian Kamal Salibi mentioned in his book "The Modern History of Lebanon", many affluent Muslim families in the eighteenth century opted to send their children to schools founded by Christian missions – evidently one of the reasons a number of Muslim families converted to Christianity at the time

The supporters of this education system see it as a way of teaching moral and social values alongside the mainstream curricula, in the belief that such principles are only dictated by religion. Critics, however, argue that this type of education intensifies sectarianism by further isolating each sect from the other, especially in a society that is as diverse as the Lebanese.

But education in Lebanon has always been religious in one way or another. There was a time during the Ottoman Empire when education was only available in the Islamic 'kuttab' schools and mosques, where students studied the Koran, fiqh (Islamic jurisprudence) and the Arabic language.

Only at the beginning of the 18th century, did schools affiliated to Christian missions begin to spring up. Many affluent Muslim families opted to send their children to these schools, as Kamal Salibi mentioned in his book "The Modern History of Lebanon", which was one of the reasons why a number of Muslim families converted to Christianity.

This trend angered the local Muslim community and the Ottoman Empire alike, with both convinced that the Christian missions were pioneering a western cultural attack, one that had to be resisted.

Averroism started to appear in many states. This pushback against Christian education was also marked by individual efforts, which included the establishment of Islamic educational institutions. The Al-Makassed Islamic Charitable Society, founded in 1878 in Beirut, is just one example.

However, the educational institutions of the Christian missions did not cease to exist. As a matter of fact, they inspired parishes and monasteries to follow suit. By the end of Ottoman rule and under the French mandate the local Christian schools had become among the most important in Lebanon.

By the time Lebanon declared independence, many areas remained cut off from both official mainstream education and other governmental services.

The birth of political Islam schools

The first school related to political Islam to open in Lebanon was named Iman, meaning faith in Arabic. Inaugurated in 1974, the school is part of the Islamic Education Association, which falls under al-Jamaa al-Islamiya's umbrella in Beirut. Other branches of the school were soon established in different parts of Lebanon.

Food prices doubled, salaries halved, banks restricting withdrawals: Egyptians now have the same problems as the Lebanese. But if things get worse here, the fallout will be far ... END_OF_DOCUMENT_TOKEN_TO_BE_REPLACED

Lebanon was long viewed as the Switzerland of the Middle East. Until relatively recently, billions were deposited in its banks. Gulf states were among the foremost investors in ... END_OF_DOCUMENT_TOKEN_TO_BE_REPLACED

November 2022 sees the Arab world firmly in the spotlight with the COP27 in Egypt and the FIFA World Cup in Qatar. Public trust in MENA governments is weak, thanks to their ... END_OF_DOCUMENT_TOKEN_TO_BE_REPLACED

"You are not my guide... I am the compass. Iranian women have spoken, freed themselves, and unleashed a revolution despite smelling death. They have cut their braids in anger; ... END_OF_DOCUMENT_TOKEN_TO_BE_REPLACED

In “The Wrong End of the Telescope”, Rabih Alameddine draws us away from the headlines and into the personal story of one individual. Mina is complex, compelling and very real. By ... END_OF_DOCUMENT_TOKEN_TO_BE_REPLACED
Author:
Hassan Lama'a
Date:
Mail:
Send via mail

END_OF_DOCUMENT_TOKEN_TO_BE_REPLACED
Social media
and networks
Subscribe to our
newsletter