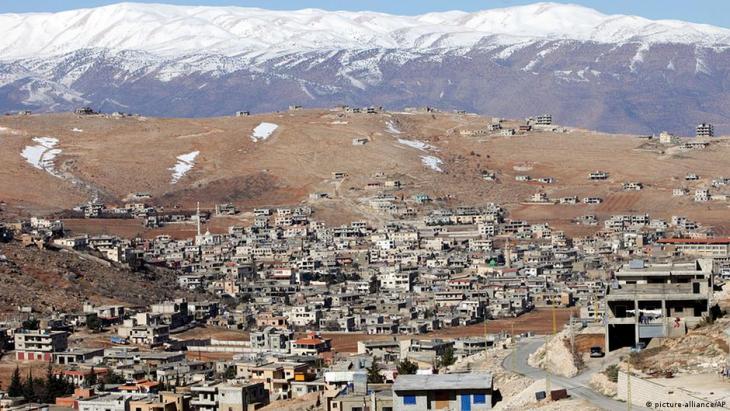 The town of Arsal, also home to 40,000 Lebanese, lies at an altitude of 1,400 metres and is regularly among the communities worst affected by harsh winters.

"Many of the refugee families in Arsal have survived previous winters, but this one is different," Edinburgh Direct Aid, one of the few NGOs to maintain a permanent presence in Arsal, said in a statement.

The cost of fuel families need to power their stoves has risen by around 350 percent as a result of the lifting of subsidies caused by Lebanon's financial collapse.

The value in dollars of the minimum monthly wage in the depreciated local currency now barely fetches $25, and yet each family in Arsal would need to find $350 to heat their shelters through the winter.

"Because of budget cuts, the refugee agency UNHCR and other NGOs are only able to provide funding for less than 30 percent of the needs," Edinburgh Direct Aid said.

"Please reflect on the consequences of leaving thousands of families in flimsy tents without heating in temperatures far below zero and biting winds," the appeal said.

Dozens of displaced people in Syria and refugees in Lebanon have died from the cold and accidents caused by unsafe heating devices, including in Arsal, since the start of the Syrian conflict in 2011.

Bankrupt Lebanon can no longer provide electricity nor subsidised fuel for its own citizens, let alone for the estimated 1.5 million Syrian refugees who account for around a third of its population.    (AFP)

END_OF_DOCUMENT_TOKEN_TO_BE_REPLACED
Social media
and networks
Subscribe to our
newsletter