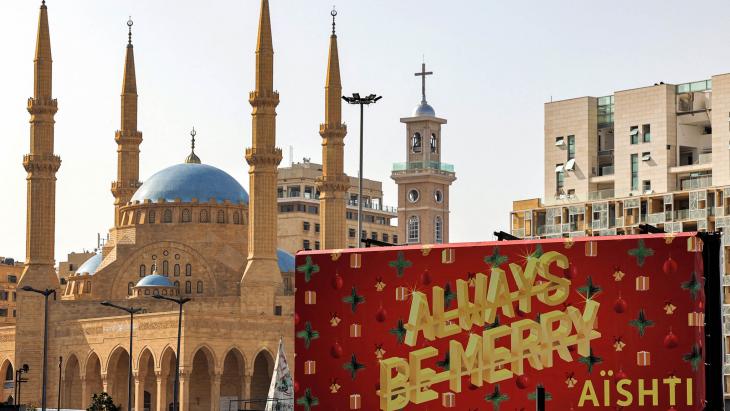 Beirut in December was once a shopping extravaganza, where day-long traffic jams clogged streets decked out with flashing Christmas lights and building-sized billboards advertising champagne and jewellery

In barely two years of a brutal economic collapse, the lights have gone out on Beirut's commercial heyday and power shortages have left the city's streets shrouded in gloom.

This year, the roadside billboards tell a different, more frugal story: one that reflects the worst financial crisis to ever hit the once free-spending Middle Eastern country.

"Sales of safes and vaults have increased by 35 to 50 percent since the start of the economic crisis in 2019," a sales representative at Smartsecurity LB, one of the main retailers in Lebanon, told journalists. 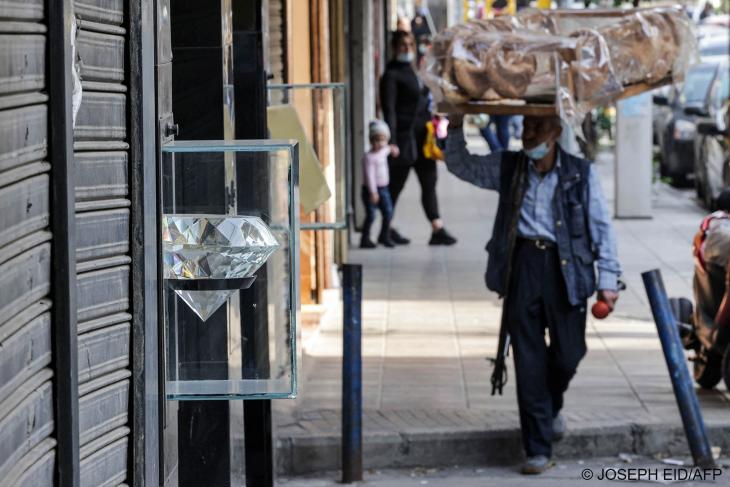 Alarms and CCTV systems are also selling like hot cakes.

The lack of trust in banks that are widely blamed for the worst financial crisis in Lebanon's history has raised the estimated amount of cash stashed away in Lebanese homes to a whopping $10 billion.

The banks, whose campaigns were once ubiquitous on his billboards, are insolvent, sometimes replaced by money transfer companies offering to funnel the diaspora's precious dollars into the country.

"Digital screens remain switched off, mostly because of the problems we face in electricity supply," Vincenti said.

The government provides barely two hours a day of mains electricity and the cost of powering the screens with newly non-subsidised diesel would outstrip the income from clients. 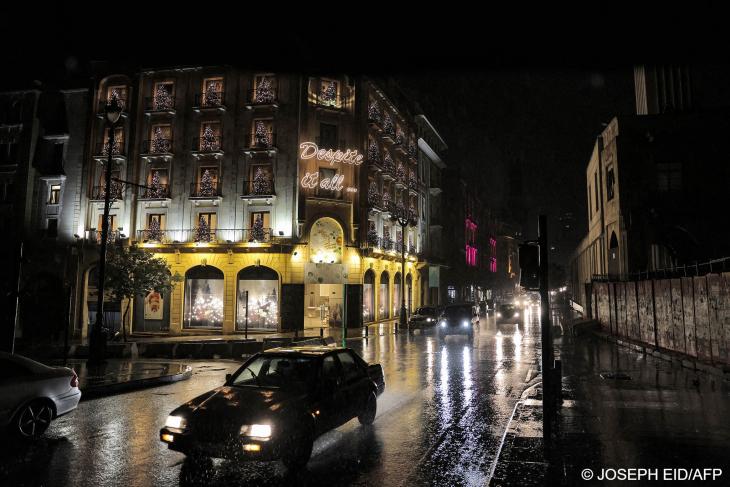 In Beirut's long-deserted downtown area, where luxury brands used to be concentrated, one apologetic Christmas sign still flashes at night with the words: "Despite it all".

On Hamra, a main thoroughfare in central Beirut, there is little left of the high street Christmas shopping vibe and the mood echoes the popular hashtag "Santa bala shanta" (Santa without a sack).

Municipality budgets cannot keep traffic lights switched on, let alone the miles of string lights that used to canopy the street throughout December.

Even Wham's usually unescapable seasonal hit "Last Christmas" is nowhere to be heard, a relief to some perhaps, but a sure sign that something has changed.

On shop windows, Christmas sale posters are outnumbered by "We're Closed" signs – and beggars have replaced Santa impersonators on the street outside.

The busiest shops are foreign exchange booths, which now provide free black plastic bags in which to carry out bulging wads of the ever-depreciating Lebanese pound.

Four out of five Lebanese are now considered poor, according to the UN income threshold of $2 a day. 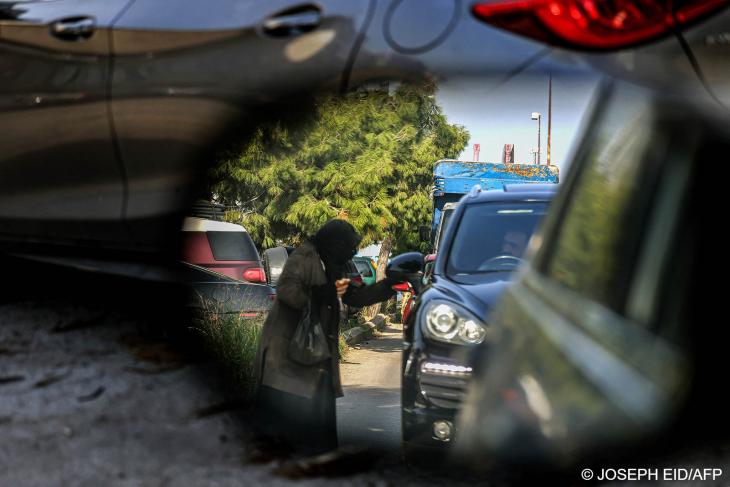 A woman begs a motorist for money in Beirut. Four out of five Lebanese are now considered poor, according to the UN income threshold of two dollars a day

At a supermarket in an upscale neighbourhood of the capital, a half-bottle of the cheapest champagne costs 900,000 Lebanese pounds, substantially more than the minimum monthly wage, now worth less than $25 on the black market.

In previous years, gigantic pyramids of panettone and Christmas hampers overflowing with foie gras and cognac obstructed the aisles.

"This year there's an offer on detergent! Buy one, get one free," Christine Kreidy said, laughing, as she pushed her empty trolley past the welcome displays and into the silent store.

"I suppose it's an opportunity to focus on the real meaning of Christmas, but I have to admit I used to enjoy Christmas shopping," the 49-year-old said.

"That's the thing though in Lebanon now: whether it's Christmas or any other day, there's no joy left."    (AFP)

Food prices doubled, salaries halved, banks restricting withdrawals: Egyptians now have the same problems as the Lebanese. But if things get worse here, the fallout will be far ... END_OF_DOCUMENT_TOKEN_TO_BE_REPLACED

Lebanon was long viewed as the Switzerland of the Middle East. Until relatively recently, billions were deposited in its banks. Gulf states were among the foremost investors in ... END_OF_DOCUMENT_TOKEN_TO_BE_REPLACED

November 2022 sees the Arab world firmly in the spotlight with the COP27 in Egypt and the FIFA World Cup in Qatar. Public trust in MENA governments is weak, thanks to their ... END_OF_DOCUMENT_TOKEN_TO_BE_REPLACED

"You are not my guide... I am the compass. Iranian women have spoken, freed themselves, and unleashed a revolution despite smelling death. They have cut their braids in anger; ... END_OF_DOCUMENT_TOKEN_TO_BE_REPLACED

In “The Wrong End of the Telescope”, Rabih Alameddine draws us away from the headlines and into the personal story of one individual. Mina is complex, compelling and very real. By ... END_OF_DOCUMENT_TOKEN_TO_BE_REPLACED
Date:
Mail:
Send via mail

END_OF_DOCUMENT_TOKEN_TO_BE_REPLACED
Social media
and networks
Subscribe to our
newsletter