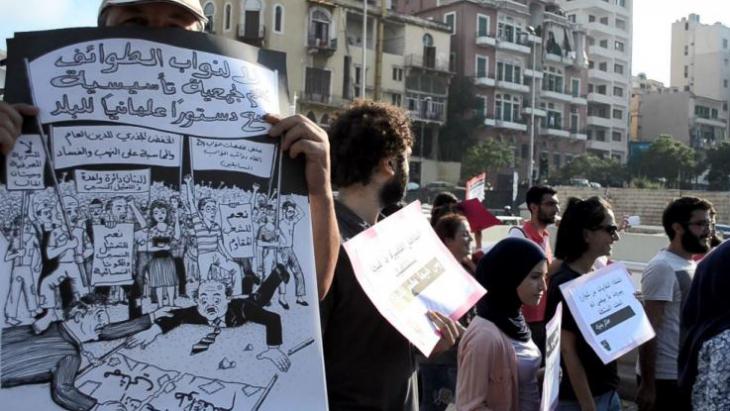 Something remarkable has begun in Beirut. Massive government mismanagement and the attendant rubbish crisis two years ago inspired and galvanised Lebanese youth to demand more of their government and to hold their leaders accountable. It all began with the closure of the Naameh landfill, which was over-capacity. Kareem Chehayeb recalls the protests

June 2015: Although politicians knew for years that the Naameh landfill was to eventually be closed, they were never able to come up with a sustainable, long-term waste management plan for Lebanonʹs capital. And with Naameh closed and no place else to put Beirutʹs trash, the corporation that handles Beirutʹs trash ceased collection.

Within 24 hours, sidewalks were blocked and within days, cars couldnʹt drive through some streets because they were choked with rubbish. Had the government taken action? It sure didnʹt look like it. With no alternative plan in sight, the Beirut municipality covered the waste in a white powder called calcium carbonate, hoping that rats and other pests would not fester and take over the streets.

But it got worse. Residents began burning the rubbish. The stench of rubbish festering in in the sun was overwhelming. People wore masks. Opening windows invited into your house the foul stench of trash and smoke. People shared pictures and videos across social media platforms of rubbish being burned on their streets and neighbourhoods. People were outraged. I remember conversations I had with my family. While we were all shocked and disturbed by what we saw, my parents and uncles were equally concerned that calls for protests and the resignation of the government would lead to political or social instability, two issues that are ever-present fears for many Lebanese. 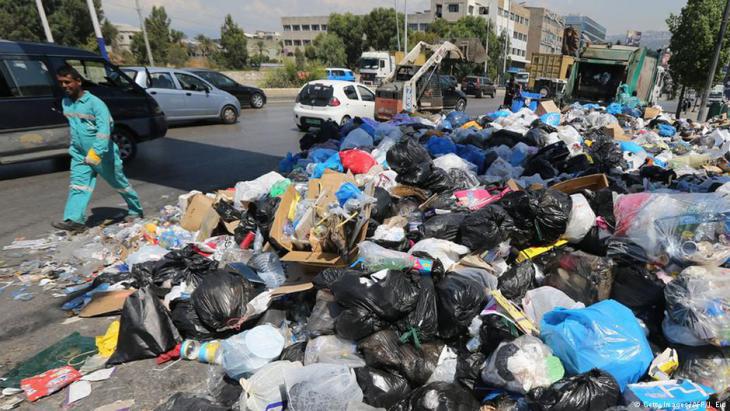 Environmental and political bankruptcy: when one of the cityʹs biggest landfill sites closed in mid-July 2015, stinking piles began to mount up on the countryʹs streets. The "You Stink" campaign was directed against corruption and maladministration, but also against the political stalling regarding the election of a president

Their worries were understandable. My parents had lived through Lebanonʹs 25-year civil war, in which over 150,000 people were killed and more than one million people were displaced. I, on the other hand, hoped the rubbish crisis would push people to mobilise for a better political and economic system in the country.

I remember driving past a burning pile one night. I parked the car around 100 metres away and got out, just to take a snapshot. But by the time I opened the door, the stench of burning rubbish overwhelmed me.

With the government looking like it didnʹt care that we were drowning in filth, young people began to take the streets. It started out with small marches and rallies. There werenʹt more than a few dozen people. They carried signs and bullhorns. They chanted anti-government slogans and called on people watching from their balconies to come down and march. And they did.

Whether or not this group of people were going to instigate a mass movement, one thing was for sure; this was no longer just about the rubbish crisis. People were fed up with years of government mismanagement, corruption and inaction.

A larger rally soon took place in Martyrsʹ Square in downtown Beirut. There was music and people aired their grievances. They tied the rubbish crisis to economic corruption and lack of transparency regarding public spending.

Lebanon is suffering from the worst economic crisis in its history, which has led to a dramatic shortage of supplies. Electricity and petrol are hard to come by. ... END_OF_DOCUMENT_TOKEN_TO_BE_REPLACED

Lebanese cartoonist Bernard Hage has made a name for himself in a very short space of time, both at home and abroad. Now he sees no future for himself in Lebanon, and is about to ... END_OF_DOCUMENT_TOKEN_TO_BE_REPLACED

A new survey by Arab Barometer adds numbers to the narrative that COVID has led to a harsher reality for women in the Middle East and North Africa. By Jennifer Holleis and Razan ... END_OF_DOCUMENT_TOKEN_TO_BE_REPLACED

The young activists from the Minteshreen movement want to provide an alternative to the political corruption of the elites. For them, the state is more important than religion. By ... END_OF_DOCUMENT_TOKEN_TO_BE_REPLACED

They’ve already got the Louvre; they’ll soon have a Guggenheim Museum as well – and now the Emirates have added literature to their quest for cultural supremacy in the Arab world ... END_OF_DOCUMENT_TOKEN_TO_BE_REPLACED

END_OF_DOCUMENT_TOKEN_TO_BE_REPLACED
Social media
and networks
Subscribe to our
newsletter