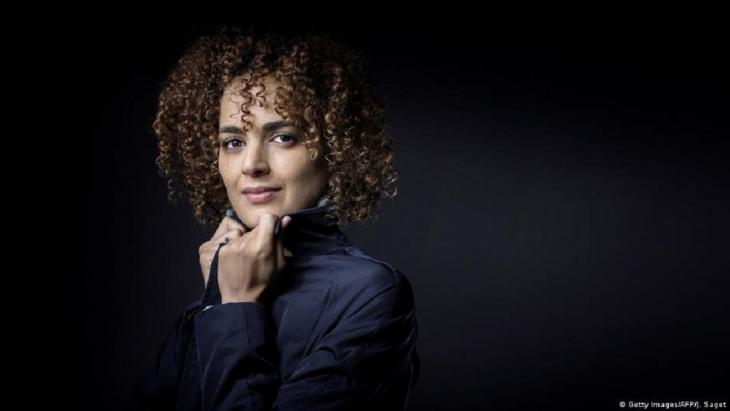 Leila Slimani's "The Country of Others"
Dreams in times of crisis

Bestselling author Leila Slimani's latest novel tells the story of her grandmother’s arduous life in rural Morocco during the immediate post-war period. Married to a Moroccan officer, the French woman struggles with the differences between their cultures, while both encounter growing hostility from the French settlers, and from the nationalists agitating for Moroccan independence. Volker Kaminski read the book

Mathilde learns early on how quickly illusions can be dispelled and replaced by a merciless disenchantment. At the age of twenty, she falls in love with an officer, Amine, who has just returned victorious from fighting for the French army in the Second World War. He is fascinated by the tall young woman from Alsace, and promises her a good life on the farm he has inherited from his father in Morocco, which – hard-working and progressive as he is – he intends to run with his own hands.

But scarcely have the two become a couple when he reveals himself to be a withdrawn man who thinks only of work, and whose primary concern is that Mathilde learn good manners. He refuses to engage in any intimate conversation with his wife, and expects her to run the household and suppress the terrible homesickness from which Mathilde suffers, particularly in the early years.

The woman from Muhlhausen is dismayed at how dreary and lonely this rural life is, but she admires her husband for his hard work and his singlemindedness. Amine purchases tractors, builds new greenhouses, and decides to cultivate a new variety of olive in his fields. He fights tirelessly against the arid, barren condition of the soil, and is never thrown off course by setbacks. All the same, the farm has no luck, and even after the birth of their two children there remains a shadow over the household. Every day, Mathilde asks herself if she has made a mistake.

Slimani’s novel sketches a broad panoramic view of a vast, hot, deserted land that has been farmed for centuries by poor peasant families. The battle against nature, diseases and wild jackals is brought to life with a vividness that captivates the reader again and again. As well as Mathilde and her family – including the servants and Amine’s mother and siblings, whom over time Mathilde also has to take care of – other interesting minor characters crop up, gorgeously characterised by the narrator.

Mathilde and her shattered dreams remain always at the centre of the novel, but the scope of the narrative reaches beyond the individual drama and pieces together a coherent picture of Moroccan society as a whole, which reflects the growing split within a country that is separating itself from a colonial power. 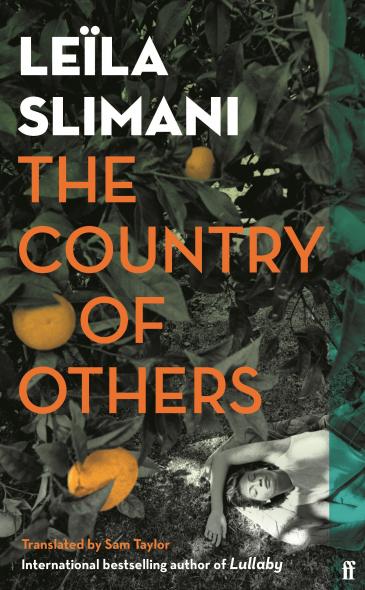 Due for release in English on 5 August 2021: "The Land of Others" by bestselling French-Moroccan author Leila Slimani is "a powerful novel, narrated from multiple perspectives, which gives a voice to many of its characters and affords the reader a gripping insight into a time of upheaval and emancipation," writes Volker Kaminski in his review. "An enriching read, with a touching sense of humanity"

There is Mourad, for instance, Amine’s “brother in arms” from the war: a burned-out, disillusioned, homeless man who turns up at the farm one evening and whom Amine employs as a foreman. At first, he doesn’t realise how traumatised Mourad is, but as time passes his disturbed state of mind and his hatred for civil society become ever clearer. Mourad is still caught up in the war, as if had never ended, and when he drinks alcohol he becomes a threat that Amine often has to “defuse”.

We also meet Selma, Amine’s younger sister, whose drive and desire for adventure seem to know no bounds. Her efforts towards emancipation are dogged by her highly critical brothers Amine and Omar, and when she falls in love with a Frenchman and wants to live with him, her family’s punishment is harsh. The conflict, in which Mathilde also becomes embroiled, escalates and almost ends in catastrophe.

It is first and foremost these escalating, sometimes unavoidable conflict situations that give the novel so much life and tension. Mathilde longs to be able to express herself freely, to realise her career ambitions, achieve financial independence and do something meaningful with her life. It is an urge that her husband can neither understand nor fulfil, and it gets her, too, into great difficulties.

"You made a choice. Now you have to live with it"

When she goes to stay in France for a few weeks following the death of her fun-loving father, her homeland seems so attractive and promising that she toys with the idea of leaving her husband and children behind and staying in France forever.

Slimani gives us a striking impression of her heroine’s inner turmoil, as she imagines going to university and becoming a surgeon, pretends to be an actress in the city’s chic fashion boutiques, and – when her sister brings her down to earth quite abruptly: “You made a choice. Now you have to live with it. Life is hard for everyone, you know.” – has to give up her dreams once again and return in despair.

She knows she has no way of escaping this world that is dominated by men, their values and traditions, but she does manage to fight for and win some freedoms within it: she takes it upon herself to open a small clinic in the house, which caters for sick and penniless people from the local area; Mathilde gives them advice and helps them heal as best she can, without being a trained doctor.

The world around the family slowly begins to change: the split between France (the protectorate power) and Morocco grows during the 1950s, and in large sections of the population there is a climate of mutual hostility and contempt. In the city, Mathilde finds herself not only verbally attacked by the French population because of her dark-haired husband; stones are flung at her car.

And on the other side are the nationalists (including Omar, Amine’s brother), for whom the French woman’s presence on the farm is a provocation. The family is tested to breaking point as the situation becomes increasingly dangerous.

The author also gives a sensitive portrayal of the life of six-year-old Aicha, the couple’s daughter. She is isolated early on, attending a Christian boarding school in the city, and cannot understand the escalating conflicts. She is a very gifted child, top of her class, and yet continually bullied by her fellow pupils. She observes what is happening in the adult world, without being able to explain the ever-increasing threats.

In the latter part of the novel, this child’s-eye view becomes an effective means of capturing the senselessness of the violence and the protagonists’ fears. Aicha and her little brother hole up in a chest in the cupboard, specially constructed for emergencies, where they hide from the marauding gangs. Everywhere, farms are being burned down, people killed, and the reader is mesmerised as they follow the ever more threatening events through the eyes of the frightened children.

No one in the novel profits from the escalating violence, the polarisation of society and the growing mutual intolerance. Slimani’s view of this divided society is non-partisan, but not without sympathy for her main protagonist. Mathilde, who experiences the conflict first-hand, is deeply apolitical and always acts from personal motives, including in the conflict with her husband.

She seems all the more believable to us in her attempts to liberate herself, her longing for love and self-expression, and we suffer with her when she finally has to give up on her dreams.

A powerful novel, narrated from multiple perspectives, which gives a voice to many of its characters and affords the reader a gripping insight into a time of upheaval and emancipation. An enriching read, with a touching sense of humanity.

Leïla Slimani is considered one of the most important literary voices in France. Born in Rabat in 1981, Slimani grew up in Morocco and studied at the elite Sciences Po University in Paris. She received the French literature prize Prix Goncourt for her novel "Lullaby" (2017). Leïla Slimani lives in Paris.

Following the recent brutal attack on Salman Rushdie, famous writers have been reading passages from his works. Torsten Landsberg takes a look at the struggle in 1988 to publish " ... END_OF_DOCUMENT_TOKEN_TO_BE_REPLACED

Much has changed in the European post-fascist firmament since former SS officers, veterans of the collaborationist Vichy government and other dubious figures established the ... END_OF_DOCUMENT_TOKEN_TO_BE_REPLACED

Welcome to the world of Al Qasar, where Arabic music collides head-on with punk and psychedelic to create something powerful and beautiful. "Who Are We" is a raucous, subversive ... END_OF_DOCUMENT_TOKEN_TO_BE_REPLACED

While the ongoing legal dispute between Qatar Airways and European aircraft manufacturer Airbus has sent shockwaves across the entire global aviation sector, it may also threaten ... END_OF_DOCUMENT_TOKEN_TO_BE_REPLACED

END_OF_DOCUMENT_TOKEN_TO_BE_REPLACED
Social media
and networks
Subscribe to our
newsletter