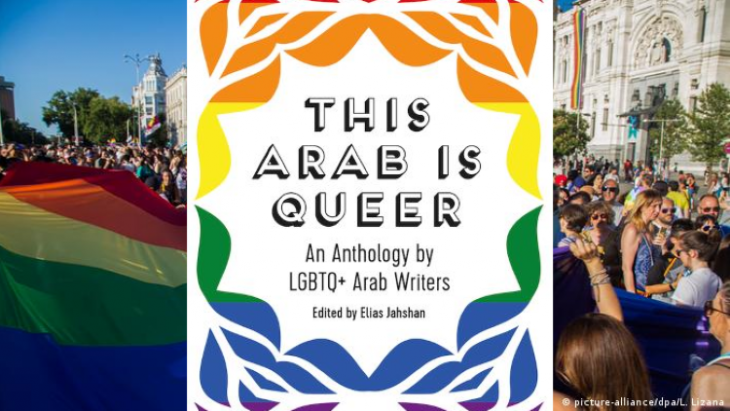 LGBTQ+ Pride
Being queer and Arab

As Pride Month draws to a close, Richard Marcus delves into Saqi Books’ latest publication, "This Arab is Queer". Edited by Elias Jahshan, this anthology of essays is remarkable for its honesty in addressing what is still a dangerous and controversial subject in many of the writers’ countries of origin

Created by a diverse and intriguing line-up of writers from all over the world, This Arab is Queer is certainly not intended to provide a comprehensive run-down of queerness in the Arab world. Moreover, while refusing to pander to people's stereotypical ideas about what it means to be gay in the Middle East world, the anthology also recounts the experiences of Arab people living in supposedly open European and American countries.

A note, these writers are very specifically Arab, and not necessarily – although the majority of them are – Muslim. This book doesn't include any essays from other Islamic countries, Southeast Asia, Africa, Iran, Indonesia, or Afghanistan. Each of those places and cultures will have their own stories to tell, so try to remember that when reading this book. It will help keep the stories in perspective.

While those raised in Middle Eastern countries may have experienced the same types of bigotry, and more of it than their European counterparts, the stories they tell sound all too familiar to ones you might have heard from the queer community in North America and Europe during the 1970s. 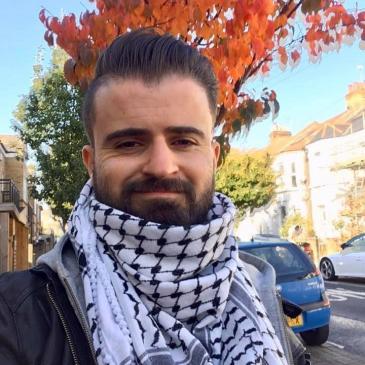 Jahshan's one-of-a-kind anthology: "From stereotypes about physical attributes and sexual preferences to the desire to save them from their horrible oppressive culture, the authors describe how they are made to feel diminished, even within the community they're supposed to be safe in. The fact that the majority of the essay writers love their culture and want to hold onto it makes the whole idea of them needing to be rescued from it even more insulting," writes Richard Marcus

We have to remember, before we become full of righteous indignation, how only in the past decade has there been some acceptance of the queer community in the supposedly enlightened West. And judging by recent laws passed in the United States, that's still only tenuous at best.

In his introduction Jahshan also points out that many of the anti-homosexual laws in Arab countries actually only date back to colonial times. While he goes on to say that the laws in place are particularly draconian and the fault of the current rulers of each country, they in fact reflect the morality of their former colonial masters.

Jahshan adds that we only ever hear negative things about queer Arabs. The media seem to go out of their way to focus generalisations, rather than talking to actual people and listening to their stories.

“Telling us their truth”

This book is an attempt to give those people a platform. Its voices include all colours of the rainbow – from trans to bisexual: these are the voices that usually go unheard, especially if they are Arab. As Elias points out: this is the first-ever collection of its kind.

Eighteen writers have contributed their very personal essays to this book and each one shines a light into what is normally a very dark place. Not necessarily a bad place, but dark in the sense that these aren't areas we normally see into. While some of the stories do reflect the struggles people have living in countries where to be open about their sexual identity could mean death, the simple fact they have been should be regarded as positive.

Rather than hiding in shame and fear, these voices are telling us their truth. They're not asking for our pity or our understanding, they are just wanting to be heard. In fact, one of the things made clear by some of the writers is the last thing they want is to be rescued. Two of the essays; "Dating White People" by Tania Safi and "Trophy Hunters, White Saviours and Grindr" by Saeek Kayyani, are very explicit in their descriptions of the patronising attitudes they've encountered from non-Arabs.

From stereotypes about physical attributes and sexual preferences to the desire to save them from their horrible oppressive culture, the authors describe how they are made to feel diminished, even within the community they're supposed to be safe in. The fact that the majority of the essay writers love their culture and want to hold onto it makes the whole idea of them needing to be rescued from it even more insulting.

While many of the essays, for good reason, recount the difficulties the writer has had with family when it comes to their sexual identity, some of them do recount having supportive siblings. In some ways it seems most of the difficulties with families stem from not being able to talk about sexuality. Even if everyone in the immediate family knows a child is queer, the subject is studiously avoided. This also ensures nobody will be having "that" conversation with grandparents and other relatives.

A snapshot of someone’s life

What makes this collection so fascinating is not only the diversity of the stories, but how they all come straight from the writer's heart. It is as if each of the writers had only been waiting for this opportunity to speak, and now, given the chance, decades of pent-up emotions are spilling out onto the page.

Whether it is the words of Sudanese writer Amma Ali ("Intersectionality Was My Biggest Bully") talking about growing up African and queer in racist and homophobic Saudi Arabia, or author Danny Ramadan ("The Artist's Portrait of a Marginalized Man") writing about how he is constrained by people's expectations about what a queer Arab man should write about, or any of the myriad stories recounted within its pages, This Arab is Queer is a snapshot of someone's life.

The Arab is Queer is sometimes difficult, always intriguing and definitely compelling. Each essay is another little piece in a mosaic that when pieced together will give the readers a picture of the writers’ lives. It may only be a brief glimpse, but it is more than we've had before and that makes this book special.

Home
Print
Newsletter
More on this topic
Egyptian LGBTQ activist Sarah Hegazy: "How can I survive in a society based on hate?"LGBT rights activist Arsham Parsi: ''Rights are never given; we have to fight for them''"I had suicidal thoughts": Gay Lebanese speak out against conversion therapy
Related Topics
Arab world, Book reviews, Colonialism, Gender, History of Islam, Homosexuality, Islamic lifestyle, Koran | Quran, Literature, Sexuality and eroticism in Islam, Transgender
All Topics

Tourists have been returning to Tunisia, Egypt and Morocco. But, given the global uncertainty caused by the Ukraine war, will the comeback be enough to save a struggling sector, ... END_OF_DOCUMENT_TOKEN_TO_BE_REPLACED

By 2050, the Middle East and North Africa could be dealing with many more elderly people suffering from dementia. A lack of facilities, specialists and local knowledge means the ... END_OF_DOCUMENT_TOKEN_TO_BE_REPLACED

Tunisians are set to vote on a new constitution on 25 July. The prominent lawyer and women's rights activist Yosra Frawes fears the referendum could facilitate a return to ... END_OF_DOCUMENT_TOKEN_TO_BE_REPLACED

END_OF_DOCUMENT_TOKEN_TO_BE_REPLACED
Social media
and networks
Subscribe to our
newsletter