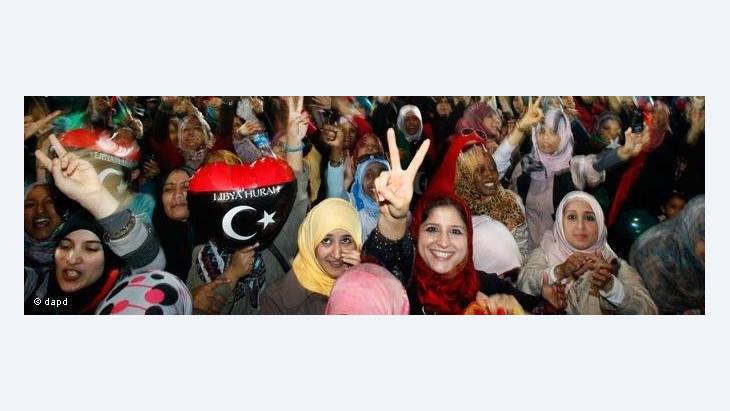 ﻿After the death of Muammar Gaddafi, Libya not only has an opportunity to embark on the path to a more democratic and prosperous future that its people crave but it also has many of the ingredients to get there. By Stefan Wolff

With Colonel Gaddafi dead and the last major strongholds of his supporters now under the control of the new government, the National Transitional Council (NTC) has declared the country's liberation on 23 October. The transition period envisaged to culminate in the passage of a new constitution and free and fair elections has now officially begun.

Libya not only has an opportunity to embark on the path to a more democratic and prosperous future that its people crave but it also has many of the ingredients to get there. With only six million citizens, Libya used to produce roughly two per cent of world's oil and gas – if this wealth is wisely invested and equitably shared, long-term prosperity is attainable.

Moreover, a significant portion of Libya's citizens are well-educated and have demonstrated a strong commitment to a life in freedom and democracy, which bodes well for the emergence of a legitimate political system based on a new constitution and on free and fair elections.

Temptation to avenge the injustices

At the same time, however, there are significant challenges ahead. As UN Secretary-General Ban Ki-moon noted in his statement on Libya, the "Libyan people look forward to a democratic political system based on pluralism, respect for women, youth and minority rights, and a peaceful transition of power." These are worthwhile aspirations, but they are not easy to accomplish in the aftermath of a civil war that probably cost tens of thousands of lives, and in the aftermath of which the temptation to avenge the injustices of more than four decades of a brutal dictatorship may be overwhelming.

In my view, three factors will be crucial to the success of the Libyan revolution:

1. Maintaining security and restoring law and order
While major combat in the civil war may be over, this does not mean that there will not be small (or not so small) bands of Gaddafi loyalists determined to keep fighting. 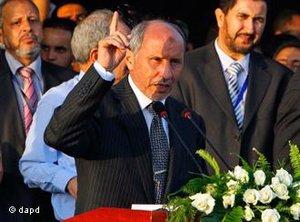 ​​They are unlikely to pose a major military challenge to the new government, but they might be able to disrupt and delay the transition process, launch high-profile, symbolic attacks and assassination attempts, and instil a sense of insecurity in Libyans and a sense of continuing instability in the country's international partners, including foreign investors.

To ensure that their impact is as minimal as possible, the new government must make every possible effort to restore law and order. The controversy surrounding the death of Gaddafi and allegations of torture and unlawful detention of his (erstwhile) supporters, including foreign mercenaries, is more likely to increase the determination of a possibly emerging guerrilla force to keep fighting.

At the same time, Libya is now awash with arms and armed groups, and it is not clear how much there is in terms of a central command and control structure and how effective one could be. Many of the revolutionaries will be happy to return to civilian life, but there is a danger that the different factions in the NTC might retain some as their personal militias. This could easily lead into prolonged stand-offs and protracted bargaining with significant potential for violent escalations.

Collecting weapons and reintegrating fighters into civilian life or in centrally controlled security forces will therefore be vital to ensure that Libya's transition is peaceful and that disputes between different factions are managed with political, not military means.

2. Managing expectations
Given the relative speed and the high sacrifices with which the Gaddafi regime was overthrown, Libyans will have high expectations of a similarly swift restoration of normality: security, provision of basic services, economic recovery, and above all visible progress towards the democratic order for which they have ostensibly fought. One of the important tasks for the NTC, therefore, will be to manage expectations about how quickly all of these, and other, tasks can be accomplished. 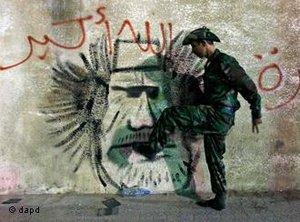 Significant potential for violent escalations: A Libyan former rebel fighter kicks a graffiti depicting Moammar Gadhafi with "Allah Hakbar, God is Great" written on top, on a checkpoint border of Ras Ajdir between Tunisia and Libya

​​Keeping to the realistic timeline that the NTC has already outlined, marking important milestones along the way, and ensuring that, however incremental it may be at times, progress is sustained and backsliding not allowed will be crucial to maintain broad support for what will not be a problem-free transition.

Managing expectations is also important in a different sense. Given the lack of any real democratic experience and infrastructure in the country, many of the ingredients of a democratic political system need to be created from scratch: a democratic constitution and the institutions it mandates, a rule-based legal system, political parties, civil society, free media, and perhaps most importantly a political culture that can underpin a stable democratic system. This means that emerging political parties and their supporters will need to accept one of the ground rules of democracy: sometimes you win, sometimes you lose.

In other words, after a transition period and following Libya's first free and fair elections, some parties will be in government and others in opposition and both will have to accept their roles without recourse to violence. In contrast to the dictatorship from which Libya is emerging, these roles will not be cast in stone forever.

3. Continuing international support
In the same way in which toppling the old regime could only be accomplished with substantial international support, it is unlikely that Libya's transition will succeed without continuing support from the country's international partners. Such support will need to be just that: support for developments in Libya, rather than the imposition of an economic or political system from the outside.

Some of this support will need to be financial, at least in an interim period until the Libyan economy is fully up and running again, but most of all what Libya will need is technical expertise and capacity building. Disarming and reintegrating rebel forces, establishing democratic control over the security sector, creating the machinery for elections, writing a new constitution – all of these tasks will be driven by the aspirations of Libyans, but to realise them international assistance will be needed and should be welcomed by Libyans.

Libya has enormous potential to become a model for the Arab Spring more broadly, but sustainable, long-term success needs to be built on strong and secure political and economic foundations. These take time and effort to establish, and it will require skill, vision, and determination among Libyans and their international partners to accomplish such a momentous task. The conditions to do so are in place in Libya.

Stefan Wolff is Professor of International Security at the University of Birmingham, England, UK. A political scientist by background, he specialises in the management of contemporary security challenges, especially in the prevention and settlement of ethnic conflicts and in post-conflict reconstruction in deeply divided and war-torn societies. His latest monograph is "Ethnic Conflict: Causes—Consequences—Responses" (Polity 2009, with Karl Cordell).

Home
Print
Newsletter
More on this topic
Post-conflict Reconstruction in Libya: Possibilities and ProbabilitiesLibya after Gaddafi: How the 'Brother Leader' Remained in Power So Long
Related Topics
Arab Spring, Arabellion, Democracy and civil society, Libya after Gaddafi
All Topics

Although a unity government was formed in Libya in March 2021, tensions and possible crises between the political actors are already emerging. What problems does the country face ... END_OF_DOCUMENT_TOKEN_TO_BE_REPLACED

German Middle East analyst Guido Steinberg and television journalist Ulrich Tilgner have both published new books on the conflicts in the Middle East. Their analyses and their ... END_OF_DOCUMENT_TOKEN_TO_BE_REPLACED

The foreign policy direction favoured by Washington's new incumbent is putting a strain on relations with Turkey. The two nations look set to clash over a whole host of issues, ... END_OF_DOCUMENT_TOKEN_TO_BE_REPLACED

Turkey is largely isolated in the Middle East. Partners are few and far between. Its closest ally, Qatar, has just made peace with its neighbours. Together with the change of ... END_OF_DOCUMENT_TOKEN_TO_BE_REPLACED

Mass protests began in Egypt on 25 January 2011. They triggered the overthrow of long-time ruler Mubarak. Ten years later, many human rights activists and journalists are in ... END_OF_DOCUMENT_TOKEN_TO_BE_REPLACED

END_OF_DOCUMENT_TOKEN_TO_BE_REPLACED
Social media
and networks
Subscribe to our
newsletter