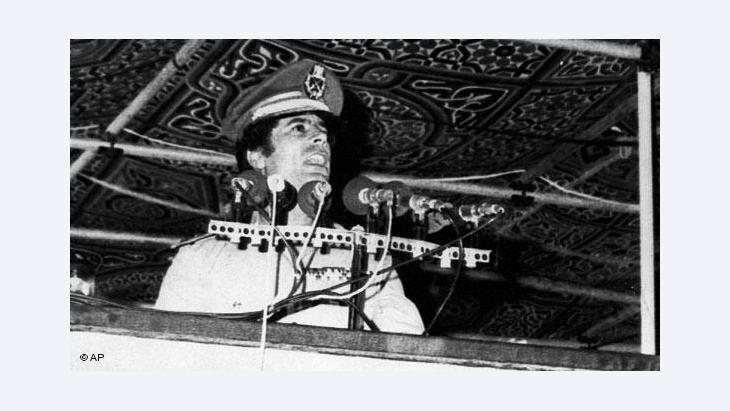 How the 'Brother Leader' Remained in Power So Long

﻿When Muammar Gaddafi toppled King Idris I, he was less than 30 years old. Yet this very man managed to stay in power for almost 42 years, surviving countless coups and assassination attempts. He himself never expected to stay in control for so long, so how did he do it? By Mustafa Fetouri

As a Bedouin, Muammar Gaddafi made skilful use of two very Bedouin instincts: an ability to sense danger and to use brutality to deal with it. To a point, he was a great predictor, an instinct that made him flexible at times. Gaddafi watched the former Soviet Union, his main international backer, collapse and moved quickly to relax his security grip on the country by releasing prisoners, returning confiscated passports and removing travel-related restrictions. In fact, he moved much faster than other world leaders in the same boat.

Gaddafi would go out of his way to prove to himself that one person was more loyal than another. Personal loyalty was his top priority when it came to state-building. Almost all sensitive security and military positions were dominated by his loyal cronies. This was also true of broadcasting because Gaddafi believed that control of TV and radio made his revolution successful. Other types of media were under government control; people even had to acquire a license from the telecom company to operate a satellite dish.

When preparing for his bloodless revolution, he only recruited people with favourable tribal backgrounds and gave key positions to the most loyal of these tribes, including his own, Al Gaddafa, of course. 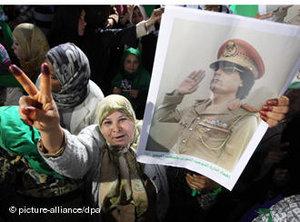 Transient popularity: Empowered by the country's high oil revenues, Gaddafi managed to deliver services and development projects in the 1970s and 80s

​​Once in power, Gaddafi concentrated on building a country almost from scratch. In the 1970s, there were less than 50 Libyan university graduates in the country. Libya had less than a dozen high schools and only three hospitals. Empowered by the country's high oil revenues, he managed to make good on his promises to deliver services and development projects across Libya's 1.75 million square km of mostly desert terrain homeland. This boosted the young leader's popularity for the first two decades of his rule.

He was a great communicator and very popular and he liked to visit people around the country. This earned him the trust of the majority of Libyans. However, his popularity began to erode when stiff world sanctions were imposed on his regime because the West held him responsible for a number of terrorist acts – Lockerbie being the worst of them all.

By 1977 he had already fallen out with most members of the Free Officers Command Council that he set up to topple the king twenty years earlier. He felt that the time had come to get rid of them and he did so in a rather clever way. He created his "third universal theory" and published his ideas of direct democracy in the so-called "Green Book," which became the de facto constitution of a country that has none.

There was no place for his comrades in such set up: out of the 12-man leadership he started out with, he ended up with only seven. In the late 1980s, the most serious contender for power, Abdel Salam Jallud, chose to leave the government, but remained on friendly terms with Gaddafi until early last August when he defected to join the rebels. 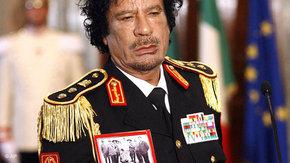 Victorius underdog: When Muammar Gaddafi, who came from a poor Bedouin family, toppled King Idris I on Monday 1 September 1969, he was 28 years old, had only travelled abroad once and had been dismissed from school twice

​​Security-wise, Gaddafi was very articulate. He personally approved all his security particulars, including his personal guard. He would have his security staff map out his route whenever he travelled by car. He would never announce any local visit and used two decoy airplanes when travelling abroad, making it hard to know in which plane he was.

The civilian staff in his office were recruited and approved by him personally, and although no one was allowed to resign, anyone could be fired at any time. Talent, knowledge and education mattered less to him than loyalty.

Guarding him was an entire brigade of the most loyal tribe members. Over the last two decades, this brigade was dominated by his own tribe. Once his sons were old enough, he made them responsible for the most important sectors: military, security and communications: all three were in some way headed by a young member of the Gaddafi family, including the powerful army brigades responsible for most of the fighting during the war.

Bolstered by huge oil revenues, Gaddafi used money to enforce his power and guard against any threat to it. His men would also do the same thing, buying people's silence and using money to secure the loyalty of others. In the 1980s, with the United States out to get him, his regime even paid assassins to physically liquidate his Libyan opponents across the globe.

The most serious challenge to his power came from within his most trusted tribe, the Warfalla, in 1993, when a group of military officers almost succeeded in toppling him. Ironically, the Warfalla remained loyal despite the revenge he would take on them during the decade that followed. Over the last seven months, the Warfalla tribe was Gaddafi's strongest supporter – for its own reasons and not necessarily out of love for the man himself.

In the late 1990s, a couple of military officers tried to overthrow him but failed. The ring leaders were actually from his own tribe, which made punishment rather brutal. Abdel-Salam Akshaba was cut into pieces alive while others watched. It was a warning to anyone thinking of taking power. Akshaba's murder was video-taped and later shown to other potential enemies.

Gaddafi ruled Libya for 42 long years from 1969 to 2011. At the age of 69, he came to a rather bloody end. Yet he was true to his word and his character: last February, in his first reaction to the revolt in Benghazi, he declared that he would fight and die in his country. On 20 October, that is exactly what happened.

He will probably be remembered most around the world for his distinctive speeches, like the only one he made at the UN two years ago, and the women who acted as his personal bodyguards. However, Libyans and others around the world will remember him as brutal at home and controversial abroad.

Mustafa Fetouri is an academic and political analyst based in Tripoli. He received the EU's 2010 Samir Kassir Award for Freedom of the Press for best opinion article.

Germany's foreign policy is explicitly values-based. But what happens, Ralf Bosen asks, when democracy, the rule of law and human rights collide with the logic of trade and ... END_OF_DOCUMENT_TOKEN_TO_BE_REPLACED

A new survey by Arab Barometer adds numbers to the narrative that COVID has led to a harsher reality for women in the Middle East and North Africa. By Jennifer Holleis and Razan ... END_OF_DOCUMENT_TOKEN_TO_BE_REPLACED

Morocco and the European Union are at cross purposes when it comes to the Western Sahara. And, as Germany does not support Moroccan claims to the territory, a major conflict has ... END_OF_DOCUMENT_TOKEN_TO_BE_REPLACED

Turkey's parliamentary and presidential elections are scheduled for June 2023. But they are already casting a shadow. While the opposition is calling for early elections, ... END_OF_DOCUMENT_TOKEN_TO_BE_REPLACED

Recep Tayyip Erdogan, disappointed by the European Union’s reluctance to integrate Turkey into its ranks, has re-directed his country’s diplomacy toward the Maghreb and Africa to ... END_OF_DOCUMENT_TOKEN_TO_BE_REPLACED
Author:
Mustafa Fetouri
Date:
Mail:
Send via mail

END_OF_DOCUMENT_TOKEN_TO_BE_REPLACED
Social media
and networks
Subscribe to our
newsletter