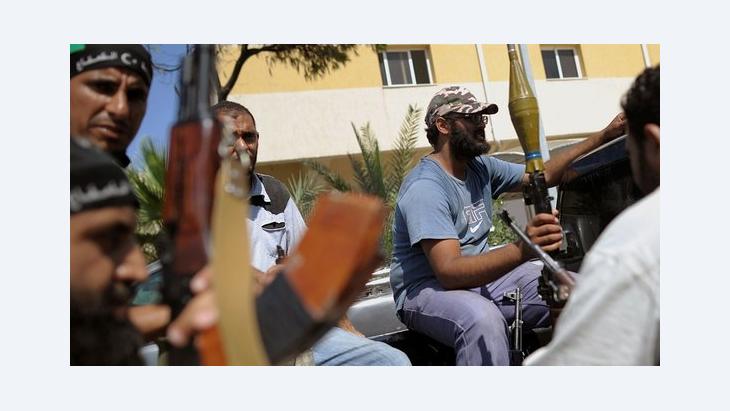 Libya after the Parliamentary Elections
Precarious and Unstable

The first free elections to be held in Libya for over half a century took place at the weekend. Even if they were free and fair, the challenges facing the country are daunting, to say the least. According to the Libyan political scientist Mustafa el-Fituri, the failures of Libya's interim government have led to a lack of stability and growing divisions in society

﻿Nine months after the capital fell to revolutionary forces, and after the first free elections in the country held over the weekend, the security situation in Tripoli in particular continues to be shockingly instable. Things are at their worst at night on the coast, in the southern district of Abu Salim and in a number of other suburbs. Armed militias, the so-called "revolutionary corps", still control entire districts in the city and also have an iron grip on a number of other cities including Benghazi, Misrata and Zintan. As recently as early June, one of these militias occupied the international airport in Tripoli, blocking all air traffic for a good two days.

﻿The future government will have enormous difficulty setting up an effective judiciary system and getting a grip on the security situation in all parts of this vast country. This powerlessness is so great that the National Transitional Council itself had no longer been able to guarantee the security of the seat of the prime minister, where one person was killed in an attack two months ago.

The situation is no better outside the capital. In fact, the city of Sabha in the South no longer has an administrative or security structure that answers to the government or is controlled by it. The same can be said of al-Kufra in the South-East. The city of Bani Walid, which is situated to the south-west of Tripoli, has been outside government control for months now. It is now in the hands of prominent local figures and leaders of the Warfalla tribe, who are known for their courage and their marked national feelings.

Two weeks ago, heavy fighting broke out between the Mashashia tribe and some of the armed corps around the city of Mizda, to the west of Tripoli. Over 100 people were killed in the clashes. Many were injured and it is estimated that 400 families were driven from their homes and have since found sanctuary in the South. The fighting also spread to surrounding localities such as West Qariyat and East Qariyat. Despite the fragile ceasefire, which was negotiated by the tribal leaders of the Fabeliun from surrounding regions and from Bani Walid, the situation there remains tense. 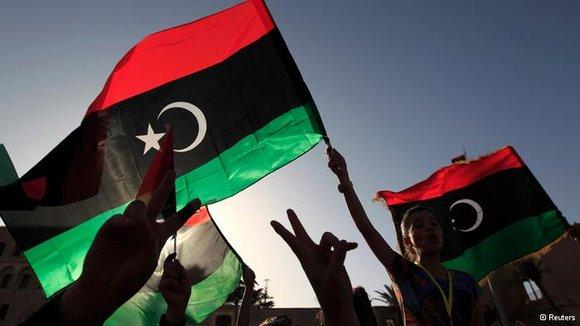 It's a day for the history books: After decades of dictatorship, democratic elections took place in Libya on Saturday. Many Libyans compared the jubilations to a wedding celebration. But, says Mustafa Fetouri, the country's road to democracy is long and winding

​​Tawergha, which borders directly on Misrata, has since become a ghost town: houses were plundered and in many cases burned to the ground; the people there fled to escape the dreadful violence. None of Tawergha's 30,000 inhabitants remain. Even the Supreme Electoral Commission had to concede that neither voters nor candidates could be registered there! For its part, Benghazi is the scene of a dispute between supporters of federalism, the Islamists (who are calling for the introduction of Sharia law) and the remnants of other armed groups. Again and again, innocent people fall victim to violent incidents in the city.

After a conference, all of the tribes that are considered "anti-revolutionary" – such as the Warfalla, the Gaddafa and parts of the Tarhuna and Mashashia – joined forces in Bani Walid and Sabha to defend their rights more effectively. Previously, the National Transitional Council had tried to set up a "National Reconciliation Conference" in Libya and failed.

At political level too, there were a number of obstacles standing in the way of free elections. These included the lack of transparency of the interim government, the widespread financial and administrative corruption, the misappropriation of public money and the preferential treatment given to certain regions of Libya.

Moreover, there are numerous deficiencies in the electoral law. In particular, it gives certain political groups – first and foremost the Islamists – the edge in terms of political work. Even Fathi al-Baja, who is responsible for political matters in the National Transitional Council, has already conceded that the current law really puts the Muslim Brotherhood in a good position to get a majority in parliament.

For its part, the National Transitional Council has made a series of catastrophic legislative decisions. One particularly dreadful example of this is Law No. 50, which burdens the state with massive sums of money by promising to pay compensation to anyone who was imprisoned during the Gaddafi era. At the same time, however, it leaves the victims of the revolutionary forces and the NATO air strikes empty-handed. 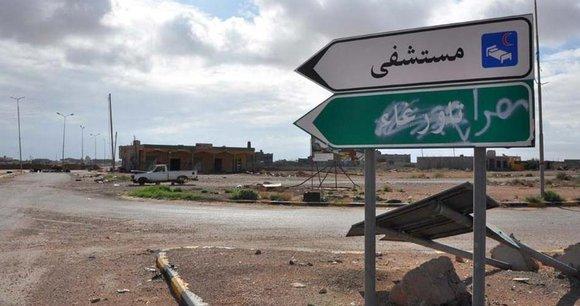 Ghost town: no less than 30,000 people fled from the dreadful violence in Tawergha, where houses were plundered and in many cases burned down; not a soul remained in the town

​​A different law promises the "revolutionaries" an amnesty for all actions or deeds, as long as these served "the revolution or its defence and successful completion," as it says in Article 4 of Law No. 38. Numerous international human rights organisations continue to call for the abolition of this law. The major problem is that the law also discharges without a trial those who commit crimes such as theft, murder, the forced internment of innocent people, attacks on safe havens and armed robbery.

Nevertheless, the biggest obstacle to the running of free and fair elections was the divisions running through Libyan society as a whole, a consequence of the eight-month civil war that ultimately led to the overthrow of Gaddafi thanks to the massive support from NATO. In a society as tribal as Libyan society, this kind of division further cements the hostility between the various parts of the population. This is a fatal development in view of the current political polarisation of Libya, which sees the country disintegrating into various parts based purely on one's affiliation to a tribe.

Regardless of this fact, the vast majority of Libyans wanted the elections to take place at the earliest possible time because they hoped that they would bring them more security, stability and the establishment of institutions for the rule of law, allowing life to return to normal at last.

If the elections had been postponed again, the government would have lost all semblance of credibility, the suffering of the Libyan people would have been prolonged, and the split in the country would have deepened, possibly leading to complete disintegration. After all, it is worth bearing in mind that calls for a federal system have recently been getting louder.

Mustafa el-Fituri is a Libyan political scientist and winner of the Samir Kassir Award for Press Freedom 2010.

Arab youth express their hopes and wishes for the New Year, spanning everything from civil and political rights, to education, to arts and culture. By Rafiah Al Talei END_OF_DOCUMENT_TOKEN_TO_BE_REPLACED

Ankara is seeking to improve its relations with several states in the Middle East – such as the United Arab Emirates, Egypt and Israel. There are several reasons for this. ... END_OF_DOCUMENT_TOKEN_TO_BE_REPLACED

Despite Syria's lengthy civil war, dictator Bashar al-Assad is now being courted by many governments in the Middle East as if nothing ever happened. The reasons for this vary. By ... END_OF_DOCUMENT_TOKEN_TO_BE_REPLACED

Racism exists in the Arab world. People with dark skin are discriminated against and often see their rights curtailed. Activists have had enough of such treatment and are starting ... END_OF_DOCUMENT_TOKEN_TO_BE_REPLACED

Unauthorised immigration to Europe went down at the peak of the pandemic. As EU countries re-open, migrant flows are back up. What does it mean for the EU – and for migrants? By ... END_OF_DOCUMENT_TOKEN_TO_BE_REPLACED
Author:
Mustafa el-Fituri
Date:
Mail:
Send via mail

END_OF_DOCUMENT_TOKEN_TO_BE_REPLACED
Social media
and networks
Subscribe to our
newsletter