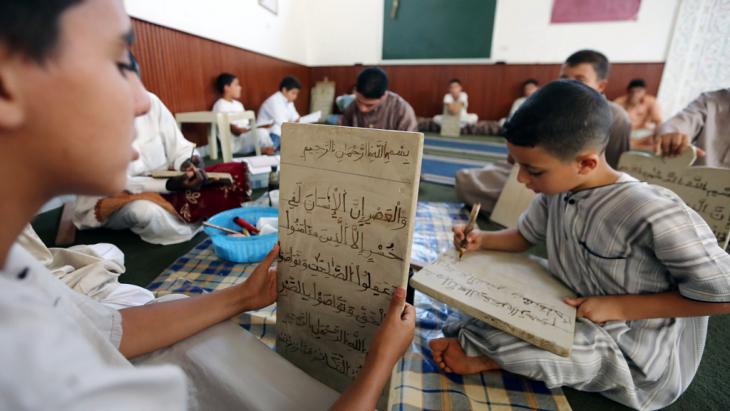 History should be a source of inspiration for people to build their future. For this purpose, you need history books based on accuracy and objectivity, so pupils at schools learn about their country's past without distortion. In the case of Libya, this is proving to be difficult. By Reda Fhelboom

During the four decades of Gaddafi's rule, Libyan school curricula and history books were written according to the ruler's teachings, ideas and views. After the popular uprising that ended the dictatorship, there was the need to rewrite the country's history. The Ministry of Education revised the country's old textbooks in all subjects – including history – and eliminated chapters that glorified Gaddafi.

New textbooks were issued. In January 2012, at the start of the first national school year after the liberation, Sulaiman al-Saheli, the minister of education at the time, promised that, from now on, the children would study the "real Libyan history" and the entire 17 February revolution, including details of Gaddafi's death. 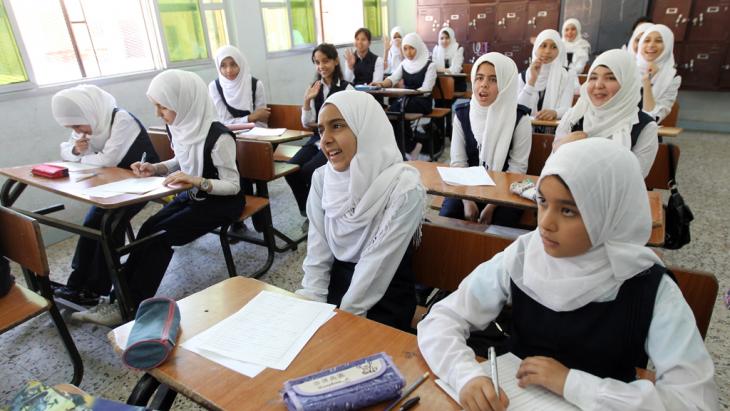 Rewriting Libya's history: Over his more than four decades of dictatorship, Gaddafi used the country's schools to get his ideology into the minds of his citizens. From primary to university level, Libya's national curriculum is now being cleansed of Gaddafi's far-reaching influence

42 years on one page

So far, this does not seem to be happening however. History teacher Fouzia Alttwair at Tadamon school in Tripoli says, "the new history book covers the whole Gaddafi era of 42 years in just one page! It only talks about his repression of the Libyan people. Then there is another page about the 17 February revolution that toppled his rule, and that's it. Only two pages in total – and this is supposed to be our recent history," she complains.

"The new history book for Year Nine – that is, for the fifteen-year-olds – covers new topics never mentioned before, such as the kingdom period, Libyan history under the Ottoman rule, or things that happened during the Italian occupation", says the history teacher.

However, it does not talk about Libyan Jews who were a natural part of the Libyan community until they were forced to leave the country in 1967. Other ethnic minorities such as the Tuareg and Tobu are not mentioned, either."

Call for complete honesty and impartiality 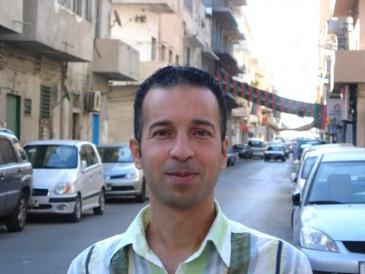 She says it is an outrage that the entire Gaddafi rule is comprised in a single page. "History should be taught with complete honesty and impartiality," Fouzia Alttwair demands, "because the young generation must learn from the past."

Other Libyan history teachers don't agree. "Gaddafi's era is no history to talk about", says Sumaiya Magaddami, a Year Six history teacher, adding, "I don't think kids should learn about his time because he was a criminal."

However, school children take things more easily. "Our history book has changed completely", says Mohammed Hasan, a 16-year-old student at Mashroa Hadba School in Tripoli. "Before, we were forced to glorify Gaddafi. Now we know that he was a dictator. But I'm happy to learn new things about our past."

In the age of corona, Ankara's regional power strategy is twofold: on the one hand, Turkey is engaged in a charm offensive to revamp its political image, which has suffered lately ... END_OF_DOCUMENT_TOKEN_TO_BE_REPLACED

Having forfeited any real influence in Libya, Europe needs to look to the judicial use of sanctions. Curbing Russian influence and drawing support away from Haftar is essential if ... END_OF_DOCUMENT_TOKEN_TO_BE_REPLACED

The United States has identified over a dozen Russia warplanes in Libya, marking Moscow's first direct venture into the North African country. Experts say it is part of a larger ... END_OF_DOCUMENT_TOKEN_TO_BE_REPLACED

War was ever a man's game. In Libya, where political rivals have been fighting it out for years, the needs of women have all too often been overlooked. Yet the country is going to ... END_OF_DOCUMENT_TOKEN_TO_BE_REPLACED

Dubbed the "Butcher of Hama", Syria's Rifaat al-Assad is accused of embezzling millions in European real estate. Like him, many regional rulers have preferred to keep their ... END_OF_DOCUMENT_TOKEN_TO_BE_REPLACED
Author:
Reda Fhelboom
Date:
Mail:
Send via mail

END_OF_DOCUMENT_TOKEN_TO_BE_REPLACED
Social media
and networks
Subscribe to our
newsletter