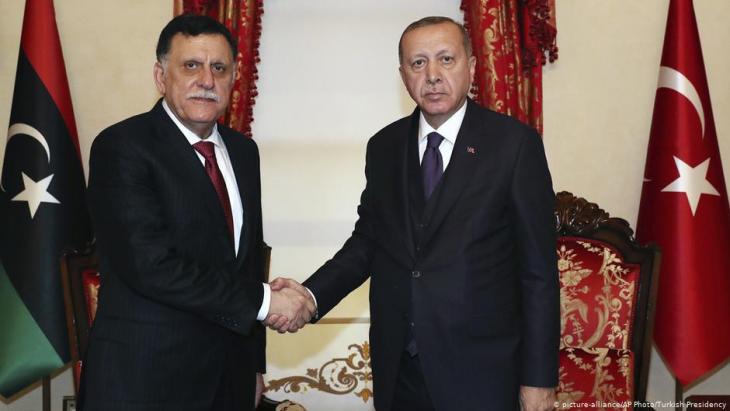 Libya is in turmoil and no political solution is in sight. The EU's inability to take concerted action in the country, meanwhile, is being exploited by third parties, such as Turkey.

Turkish President Recep Tayyip Erdogan wants to militarily support the Tripoli-based Libyan government — which is recognized by the UN — in its fight against militia commander Khalifa Haftar. And if Turkish parliament signs off on his proposal in the next few days, Erdogan might get his will.

Ever since the toppling of Libyan ruler Muammar Gaddafi in 2011, the country has been in turmoil. Today, the country is divided between two rival camps: the broadly recognized and UN-backed Government of National Accord (GNA) of Prime Minister Fayez al-Serraj in Tripoli, and General Haftar's militia. Haftar's forces control Libya's east and are backed by nations including Egypt, the United Arab Emirates and Russia.

Read more:  Whom to trust when it comes to Tripoli?

In April, Haftar's militia — the self-proclaimed Libyan National Army (LNA) — launched an assault on the capital. His forces have said they are now merely 10 kilometers (6.2 miles) from central Tripoli. Prime Minister Serraj's so-called unity government does not have full control even over the capital itself and also depends on the support of various militias, who in turn have their own agenda. According to the UN, more than 280 civilians have been killed and more than 140,00 displaced since Haftar's offensive began.

In November, Serraj struck a deal with Ankara, permitting Turkey to send air, ground and marine units, as well as weapons, to the war-stricken country. Claudia Gazzini of the International Crisis Group says "Serraj wants to stay in power, which is why is he relying on Turkey's help." But she is of the opinion that this means the "battle over the capital will escalate." 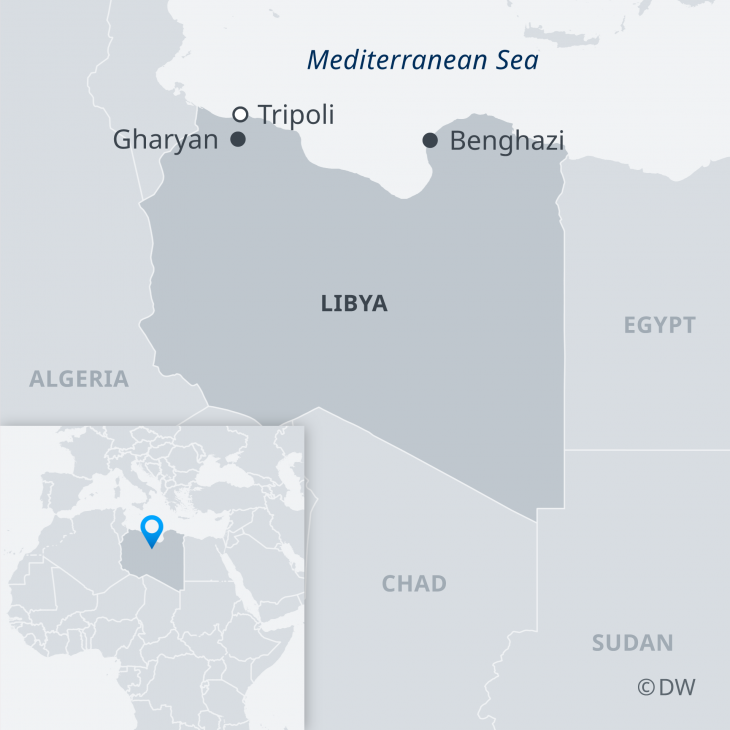 The EU wants to broker a ceasefire in Libya. But a peace conference planned for January 2020 in Berlin is unlikely to produce a breakthrough, says Gazzini. The expert, who once served as an adviser to Ghassan Salame, the UN special envoy to Libya, says "given the current situation, it is unlikely a peace conference will bring an end to the fighting." She is certain Haftar will refuse talks and instead strive to take power at all cost. Gazzini says he will continue his offensive for as long as he can, provided his allies continue their their military support.

To complicate matters further, European countries are divided over which side to back in the Libyan conflict. While Italy and other states support Serraj, France has sided with Haftar. Libyan analyst Mohamed Fouad doubts the EU will come to play a decisive role in his country's affairs because "the EU cannot exert pressure on Haftar." He says the bloc has nothing to offer Serraj's government besides political support.

Tripoli has its back against the wall

Gazzini largely agrees. She says there are calls for "Tripoli to end the war, but it [the government] receives no actual assistance from the EU."

This is essentially the justification that Serraj provides for his deal with Turkey. Speaking to Italian daily Corriere della Sera, he said he had also requested weapons from Italy yet received no answer. And that "anyone who criticizes us should think about what they would have done in our place — they will realize that we had no alternative."

Serraj's military cooperation with Turkey has attracted considerable criticism. Gazzini says, "Turkey also made an agreement with the Tripoli government over the control of Mediterranean waters." And that, she says, "is perceived by the Europeans as a breach of Greek law."

For Erdogan, meanwhile, Libya represents yet another theater where he can vie for regional supremacy against Saudi Arabia, the United Arab Emirates and Egypt — all of whom back General Haftar.

An actual Turkish military intervention in Libya, according to Gazzini, could further escalate the battle over Tripoli. She says while the EU cannot stop Haftar, it can work to de-escalate the conflict. And this can be achieved, in her opinion, by getting allies of both camps to cease supplying weapons.

The devaluation of the Egyptian pound combined with rising food prices is taking its toll on Egypt. More and more people are slipping into poverty. Karim El-Gawhary reports from ... END_OF_DOCUMENT_TOKEN_TO_BE_REPLACED

Since returning to power in Afghanistan, the Taliban have steadily eroded the rights and opportunities of women and girls, particularly their access to education. But Afghans are ... END_OF_DOCUMENT_TOKEN_TO_BE_REPLACED

The book "The Invention of the Maghreb: between Africa and the Middle East" prompts us to review basic terminology. This includes terms that we use almost every day as if they are ... END_OF_DOCUMENT_TOKEN_TO_BE_REPLACED

Tunisia has been going through a severe economic and political crisis in recent years. More than one in three young people there are unemployed. For many skilled, qualified and ... END_OF_DOCUMENT_TOKEN_TO_BE_REPLACED

At the end of every year, the team at Qantara.de gives you a run-down of the ten most-read articles on the site over the past 12 months. Here is a quick overview of the stories ... END_OF_DOCUMENT_TOKEN_TO_BE_REPLACED

The government in the Netherlands, one of the last European nations to abolish slavery, has made an historic apology. But some feel that there is still a long way to go. By Ella ... END_OF_DOCUMENT_TOKEN_TO_BE_REPLACED
Author:
Nermin Ismail
Date:
Mail:
Send via mail

END_OF_DOCUMENT_TOKEN_TO_BE_REPLACED
Social media
and networks
Subscribe to our
newsletter