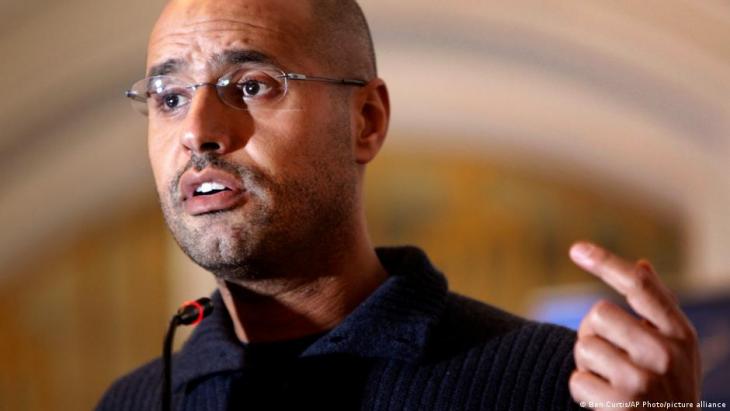 A Libyan court ruled on Thursday that a son of the late Libyan dictator Muammar Gaddafi can compete in upcoming presidential elections, overturning a decision by the country's top electoral body to disqualify him.

A court in the southern province of Sabha ruled in favor of Seif al-Islam Gaddafi, Libyan media outlets reported. For almost a week, the court had been unable to convene to hear the appeal after the building was surrounded by armed men who prevented judges from entering.

Last week, Libya's High National Elections Committee had disqualified him, citing past convictions linked to using violence against protesters. The candidate had appealed the ruling.

The first round of voting is meant to start on 24 December, though a number of divisive issues need to be resolved before then. It remains unclear whether any further legal challenges could be made to Seif al-Islam's candidacy.

In a Twitter post late on Thursday, he thanked the judges for risking their personal safety, saying they had done so "in the name of truth". He also thanked his family and supporters.

The election comes after years of U.N.-led attempts to usher in a more democratic future and end the country's civil war. Libya has been wracked by chaos since a NATO-backed uprising toppled Muammar Gaddafi in 2011.

Over the past decade, the oil-rich nation had been split between a government in the east, backed by powerful commander Khalifa Haftar, and a U.N.-supported administration in Tripoli, aided by western-based Libyan militias.

Each side has also had the support of mercenaries and foreign forces from Turkey, Russia and Syria and different regional powers.

Seif al-Islam had been sentenced to death by a Tripoli court in 2015 for using violence against protesters in the 2011 uprising against his father, though that ruling has since been called into
question by Libya's rival authorities. He is also wanted by the International Criminal Court on charges of crimes against humanity related to the uprising.

The upcoming vote faces many challenges, including disputes over the laws governing the elections and occasional infighting among armed groups. Other obstacles include the deep rift that remains between the country's east and west and the presence of thousands of foreign fighters and troops.

Libya is currently governed by an interim government that was elected by Libyan delegates after U.N.-led talks in Geneva in February.

Several other high-profile figures have filed their candidacy documents, including Hifter, and the country's interim prime minister, Abdul Hamid Dbeibah. In recent days, local courts have been
looking into several appeals against candidates.

Also Thursday, the country's high election commission said that armed men had attacked four different polling stations in the town of Azizia and one in the capital of Tripoli. The commission said they stole or destroyed over 2,000 voting cards, that eligible voters are expected to carry on the election day.    (AP)

END_OF_DOCUMENT_TOKEN_TO_BE_REPLACED
Social media
and networks
Subscribe to our
newsletter