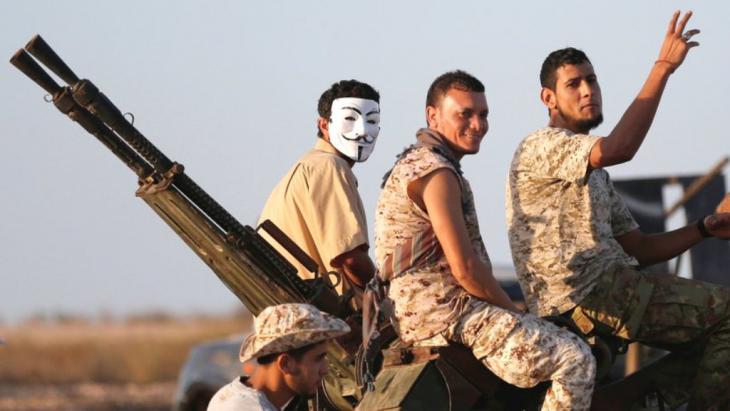 On the road to nowhere

Libya′s domestic crisis, which has been rumbling on since the outbreak of civil war in the summer of 2014, has peaked this year. With a gamut of issues – political, social, security and financial – confronting the country, Libya is more divided than ever. Houda Mzioudet writes from Tunis

The unique cohabitation of three governments, all vying for legitimacy, while ordinary citizens find themselves without everyday necessities such as power and cash liquidity due to the economic crisis, is the bitter irony of the oil-rich nation.

The Libyan crisis today is characterised by its fractured state institutions, which include the Libyan Central Bank (CBL) and the National Oil Corporation (NOC), and by the underlying divisions of parties involved in the conflict. Fostering their own agendas, international players in particular are serving to fuel the sense of political turmoil in Libya.

With two camps, one supporting the House of Representatives in Tobruk in the east and the UN-backed government and its presidential council – born out of the Libyan Political Agreement (LPA) signed in the Moroccan seaside resort of Skhirat in December 2015, which paved the way for the UN-backed Government of National Accord, GNA – in the west, Libya’s divisions have deepened still further.

According to the International Crisis Group report published in November, in which various parties to the political crisis in Libya are explicitly held to account for the escalation of the conflict, the LPA represents an obstacle to a viable and sustainable peace process that would bring unity to the fragmented North African nation. The report criticises the LPA as being non-applicable and recommends that it be redrafted to include all parties of the conflict.

The militarisation of the political conflict has directly led to an escalation in hostilities within the country, further threatening the Libyan economy. The report warns that both camps are trying hard to wrest control of the nation′s oil and gas reserves, which could lead to armed confrontation in future. 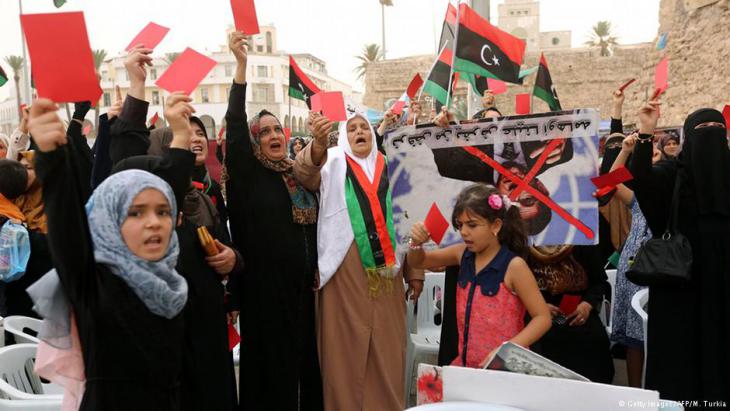 The Skhirat Agreement: signed on 17 December 2015, it laid the foundations for the Government of National Accord. It was rejected by the general population in the east of the country, owing to its failure to include the Libyan National Army led by General Khalifa Haftar, nor was it recognised by the Salvation Government in Tripoli, born out of the rump General National Congress and Libya Dawn-linked brigades and other armed groups

The unique binary character of the Libyan crisis has also affected its financial institutions, with the Libyan Central Bank splitting in two: one in the capital Tripoli and the other in Benghazi, each with its own governor and currency (Russian-printed notes in the east and British-printed ones in the west). Unsurprisingly, the economic crisis has put a strain on relations between the Tripoli-based CBL governor, Sadek Al Kabeer and the head of the presidential council, Fayez Sarraj.

In a climate of increasing insecurity, with kidnappings rife and militia groups across the country – some of whom are engaged in the lucrative smuggling of illegal immigrants from Sub-Saharan Africa to Europe – consolidating their power, the ordinary citizen is stuck in an inescapable tug-of-war.

GNA rejected by the Salvation Government

In the summer of 2014, different Libyan factions from the east, west and south of the country met respectively in Ghadames, Geneva and ultimately in Skhirat, as part of the UN-sponsored peace talks that gave birth to the LPA or Skhirat Agreement, which was signed in December 2015.

The agreement laid the foundations for the Government of National Accord. It was rejected by the general population in the east of the country, owing to its failure to include the Libyan National Army led by General Khalifa Haftar, nor was it recognised by the Salvation Government in Tripoli, born out of the rump General National Congress and Libya Dawn-linked brigades and other armed groups.

Earlier this year, the fight against jihadist groups was raging in the western town of Sabratha where the US carried out airstrikes against IS and other jihadist cells, killing scores of foreign fighters. Amidst the chaos, the political deadlock continued with the rejection of the GNA by the Salvation Government in Tripoli.

The GNA returned from its Tunis exile to Tripoli in March 2016. Prime Minister Fayez Sarraj, also the current head of the presidential council, found himself in a critical situation, trying to establish his new government in Tripoli, with volatile militias switching allegiances against a deteriorating security situation. Prior to taking up occupancy of the prime ministerial office in the capital, supported by local armed brigades that have paid allegiance to the GNA ever since, he was practically ″locked up″ in the ″makeshift″ Abu Setta naval base. 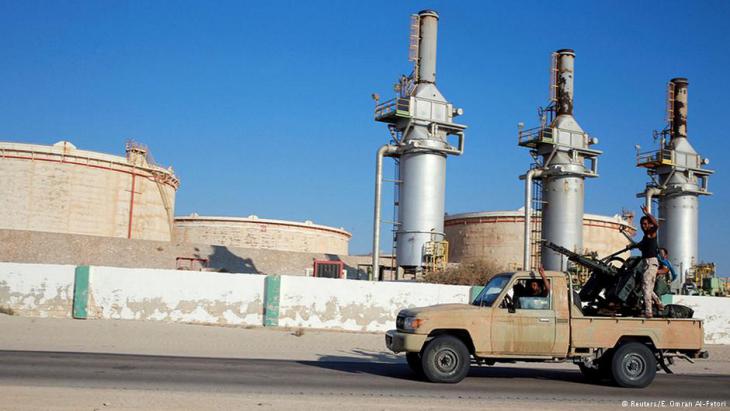 Fated to sit it out: "in a climate of increasing insecurity, with kidnappings rife and militia groups across the country – some of whom are engaged in the lucrative smuggling of illegal immigrants from Sub-Saharan Africa to Europe – consolidating their power, the ordinary citizen is stuck in an inescapable tug-of-war," writes Mzioudet

Despite having given official backing to the US-assisted anti-IS operation Bunyan Marsus, the presidential council has failed to exert its authority on a number of armed groups that are still out of control.

Although the success of the Bunyan Marsus operation against IS provided the GNA with some momentum to further prove its ability to wrest control over the country, it has yet to convince the eastern Libyan factions of its ability to effectively run the country. The HoR has also expressed its reservations over Sarraj’s choice of cabinet ministers, which still needs to be approved by the Tobruk parliament.

On the eastern front, Operation Dignity involving LNA forces led by General Khalifa Haftar to retake oilfields from Ibrahim Jadhran and the Petroleum Facilities Guard resulted in bloody confrontations between the two groups.

One glimmer of hope appeared at the end of this long tunnel with the resumption of oil production in September 2016. This failed however to offset the soaring price of the US dollar on the Libyan black market, thus further complicating Sarraj’s mission to provide for people's everyday needs.

Libya is struggling to survive as a functioning state whose own existence in the troubled post-Arab Spring environment makes it a source of instability to its neighbours and overall in the Mediterranean region. With the election of Donald Trump, the Libyan crisis is going to be the hot potato for the next US administration.

Recep Tayyip Erdogan, disappointed by the European Union’s reluctance to integrate Turkey into its ranks, has re-directed his country’s diplomacy toward the Maghreb and Africa to ... END_OF_DOCUMENT_TOKEN_TO_BE_REPLACED

Although a unity government was formed in Libya in March 2021, tensions and possible crises between the political actors are already emerging. What problems does the country face ... END_OF_DOCUMENT_TOKEN_TO_BE_REPLACED

German Middle East analyst Guido Steinberg and television journalist Ulrich Tilgner have both published new books on the conflicts in the Middle East. Their analyses and their ... END_OF_DOCUMENT_TOKEN_TO_BE_REPLACED

The foreign policy direction favoured by Washington's new incumbent is putting a strain on relations with Turkey. The two nations look set to clash over a whole host of issues, ... END_OF_DOCUMENT_TOKEN_TO_BE_REPLACED

Turkey is largely isolated in the Middle East. Partners are few and far between. Its closest ally, Qatar, has just made peace with its neighbours. Together with the change of ... END_OF_DOCUMENT_TOKEN_TO_BE_REPLACED

END_OF_DOCUMENT_TOKEN_TO_BE_REPLACED
Social media
and networks
Subscribe to our
newsletter