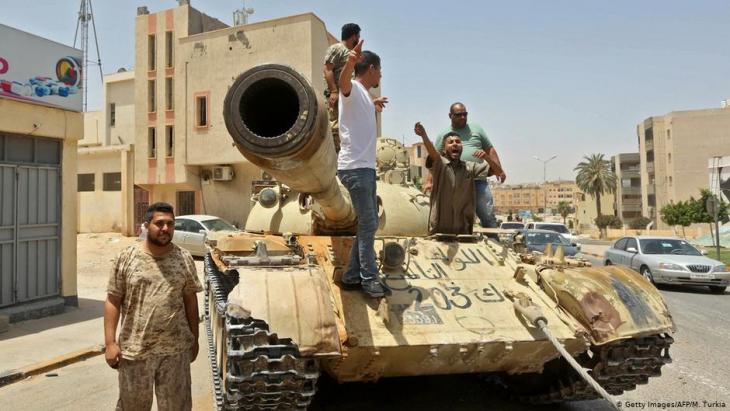 Libya's plight resembles that of other war-torn countries in the Greater Middle East: internal conflict has spiralled out of control because of misguided foreign intervention. With Turkey and Egypt now locking horns in the country, Libya's agony is even less likely to be resolved at the ongoing UN talks in Geneva, writes Amin Saikal

The plight of oil-rich, tribally segmented Libya resembles that of several other war-torn countries in the Greater Middle East, namely Afghanistan, Syria, and Yemen. In each case, a combination of internal strife and misguided external intervention has sustained a long-running conflict.

Recalling the US-led invasions of Afghanistan (2001) and Iraq (2003) in his 2014 memoir Duty, former Secretary of Defense Robert Gates argued that the United States was good at overthrowing a regime, but had no idea what should take its place. The reason, Gates argued, was that the US failed to consider national and regional complexities. The same was true of the 2011 NATO-led military intervention in Libya.

No plan for post-Gaddafi political order

The ongoing Libyan crisis has both internal and external origins. Colonel Muammar al-Gaddafi's dictatorship was toppled in October 2011 in a popular uprising during the so-called Arab Spring. And Gaddafi fell as a result of a US-backed, Anglo–French armed intervention that the United Nations Security Council had authorised on the basis of the "responsibility to protect" the Libyan people.

But neither the rebel forces nor the intervening powers had any plans for forging a post-Gaddafi political order in a deeply divided country. The revolutionary factions had no unifying agenda beyond ending Gaddafi's murderous rule, while the interventionists lacked a strategy to help them build a stable new order.

The interventionist powers had swiftly overwhelmed Gaddafi's forces, but failed to deal with the outcome's intended and unintended consequences. Echoing America's earlier mistakes in Afghanistan and Iraq, they underestimated the tribal nature of Libyan society and the geostrategic importance of the country's location in the North African-Mediterranean region. The foreign powers seemed more focused on protecting Libya's lucrative oil reserves than on helping the country's people to regain a sense of national unity and build an inclusive and representative domestic order. 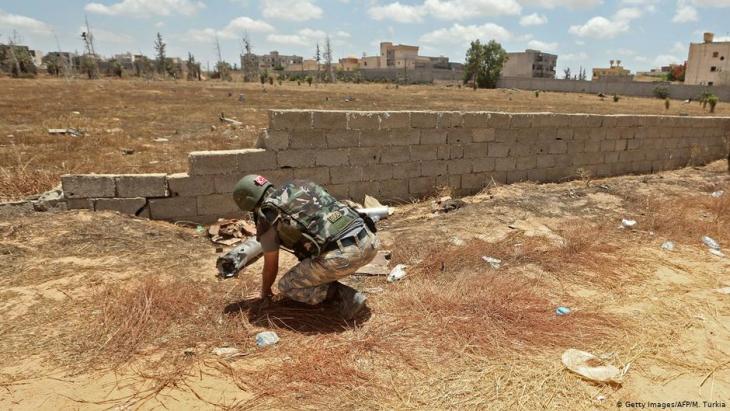 This week, the leaders of France, Italy and Germany issued a joint statement in which they said that Libya faces a "heightened risk of regional escalation" and urged "all foreign actors" to stop interfering in Libya and to respect the UN arms embargo on the country. Earlier this month, the UN Secretary-General Antonio Guterres warned that foreign meddling in the Libya conflict had reached "unprecedented levels". Pictured here: a Turkish fighter in the Salah al-Din district south of Tripoli

Fear of the quagmire

As Libya rapidly descended into chaos, with various armed groups controlling different parts of the country, the intervening powers found it expedient to scale back their involvement. Above all, they wanted to avoid being caught in the sort of quagmire that the US had faced in Iraq and continues to face in Afghanistan. That decision allowed regional and more distant powers to pursue their own interests in Libya by entering the fray in support of various groups.

Since 2015, two warring factions have become locked in an increasingly bloody power struggle for control of the country: the UN-recognised Government of National Accord (GNA) based in Tripoli, and the Tobruk-based Libyan National Army (LNA) led by the renegade general Khalifa Haftar. And they have been able to sustain their conflict – at a very high human and economic cost for the Libyan people – largely because of foreign backing. Turkey, Qatar, and Italy have poured in support for the GNA, while Egypt, the United Arab Emirates, Saudi Arabia, Russia, and France have aided the LNA. The US has oscillated between the two, although President Donald Trump has seemingly voiced a preference for Haftar.

Turkey and Egypt wade in

In a worrying recent development, Egyptian President Abdel Fattah el-Sisi warned Turkey and its allied forces against seizing the strategic city of Sirte, which the LNA currently controls (along with a large chunk of territory stretching east to Libya's border with Egypt). Although neither Turkey nor Egypt would likely want a direct military confrontation, especially given their severe domestic problems, their posturing could lead to a clash that seriously destabilises the North African and Mediterranean region.

The absence of a national, regional, and international consensus has meant that the UN-sponsored peace talks in Geneva have so far failed to produce any tangible results, with intransigence by one side or the other torpedoing the negotiations. The stalemate has left Libya in the grip of long-term structural instability and insecurity, with little prospect of returning anytime soon to a degree of normalcy that could provide its suffering people hope.

Salvaging the situation will require outside forces to withdraw and let the Libyan people determine their own future. Unfortunately, Libya's oil resources and geopolitical importance have become a magnet for external intervention and a curse for its citizens.

Amin Saikal, Adjunct Professor of Social Sciences at the University of Western Australia, is the author of Modern Afghanistan: A History of Struggle and Survival and the co-author (with James Piscatori) of Islam Beyond Borders: The Umma in World Politics.

In Doha, Arabs from Morocco, Tunisia, Egypt and Algeria are gathering to celebrate the first ever FIFA World Cup to be held on Arab soil. The criticism from Europe? Over the top, ... END_OF_DOCUMENT_TOKEN_TO_BE_REPLACED

November 2022 sees the Arab world firmly in the spotlight with the COP27 in Egypt and the FIFA World Cup in Qatar. Public trust in MENA governments is weak, thanks to their ... END_OF_DOCUMENT_TOKEN_TO_BE_REPLACED

Palme d’Or winner "Boy from Heaven" is a classic crossover film in which cultural elements are mixed together in haphazard and random fashion. Shady Lewis Botros bemoans the ... END_OF_DOCUMENT_TOKEN_TO_BE_REPLACED

COP27 in Sharm el-Sheikh is turning into a PR disaster for Egypt’s military regime. Instead of praise for the host, the news is full of solidarity for imprisoned activist Alaa ... END_OF_DOCUMENT_TOKEN_TO_BE_REPLACED

END_OF_DOCUMENT_TOKEN_TO_BE_REPLACED
Social media
and networks
Subscribe to our
newsletter