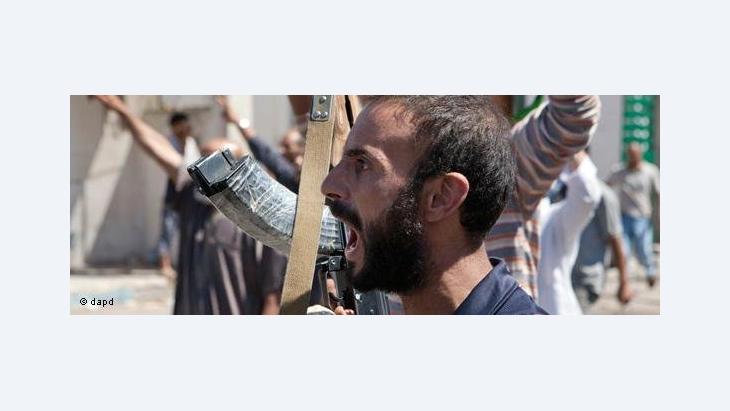 As the Libyan conflict enters its endgame, the time for the country's rebels to seize power is almost at hand. But are they ready to govern Libya when divisions and rivalries pull at the very threads of their alliance? Nick Amies reports

The struggle for peace, security and stability is unlikely to end once Gaddafi's regime falls. If anything, it could be just as hard for the rebel National Transitional Council (NTC) to win the peace as it has been to win the war.

With long-held distrust and divisions over potential power-sharing roles threatening to rip the loosely-aligned rebel factions apart, there are even fears that the gunfire of celebration may soon be redirected in anger at rivals for control over the scraps of post-Gaddafi Libya.

The NTC, recognised as the sole representative of Libya by 32 countries, currently lacks a ruling cabinet. The last one was dissolved by Mustafa Abdul Jalil – a judge who resigned as justice minister after the uprising began and is now the NTC's chairman – over the failed investigation into the murder of rebel army commander Abdel Fattah Younes in July. 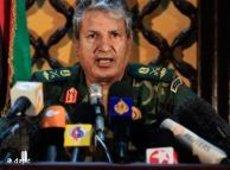 ​​The mysterious death of Younes, the rebel army commander who was once one of Gaddafi's former right-hand men and one of the war's most high-profile defectors, opened up deep ravines in the already divided rebellion. Accusations over his death flew between rival factions and Jalil was apparently uncooperative when faced with questions over his government's role in the murder.

"Divisions exist between rebels who defected from the Gaddafi regime and those who had never been integrated into it," Dr Kristian Ulrichsen, a North Africa and Middle East expert at the London School of Economics, told Deutsche Welle. "The killing of Younes in July exposed the rifts and basic distrust between these two groups."

The murder of Younes has exacerbated the confusion over who takes orders from whom, the chaotic nature of operations and the ineffective command structures within the rebellion which had hindered many of the rebels' early offensives. It has also increased the bickering and mud-slinging between rival groups, many of which reject the NTC's claim to be the government of all Libyans.

Herein lies one of the major problems which the NTC will face should it assume power after Gaddafi has gone. While Jalil presents the NTC as the only true voice of a free Libya, to both the citizens of his country and the international community, it is a view that rebels from Misrata, Libya's third city, and those from the Nafusa Mountains have taken issue with. 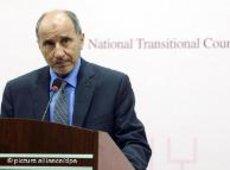 Although he is the chairman of Libya's National Transitional Council, Mustafa Abdul Jalil could be weakened by the fact the rebels from the west succeeded in taking Tripoli without any assistance from his eastern forces

​​In Misrata, the rebels there are so critical of Jalil and his NTC units, which they claim have been disorganised and mostly ineffective in battle, that they have told reporters that they no longer take orders from the NTC.

Jalil's grip on control could also be weakened by the fact that rebels from Misrata and from the Nafusa Mountains were largely responsible for the push into Tripoli via the strategically important towns of Zawiya, Garyan and Zlitan and did so without any assistance from his eastern forces.

Jalil could face increased pressure from the leaders of the Misrata and Nafusa rebels who could demand powerful roles in a future government as reward for their heroics should their forces bring about the fall of the capital.

As well as satisfying the demands of its allies, the NTC will have to placate and police an angry society suddenly free from the often brutal suppression it has suffered under for 42 years. In doing so, it will have to avoid making the same mistakes of the past.

"Restoring public order without resorting to indiscriminate force and falling prey to the temptation of revenge acts against Gaddafi loyalists will be a huge challenge," Thorsten Benner, a security expert from the Global Public Policy Institute (GPPI) in Berlin, told Deutsche Welle.

"There is a huge danger that a new government will use the revenue from oil to cater to its own cronies rather than the population at large," he added. "There is also a huge temptation to stage show trials rather than slowly build an independent judiciary."

While the make-up of any post-Gaddafi government, even a fractious one, remains a complex calculation, the NTC does appear to have made plans for the short-term at least; making sure public utilities and services remain online once control is gained and revealing a roadmap outlining its vision for Libya's 20-month transition to democracy.

As well as planning a relocation of its leadership from Benghazi to Tripoli within 30 days of the capital's capture, the roadmap also includes plans to expand the NTC to become more inclusive, including representatives from all over the country, and plans to hold elections for a 200-member interim national congress within eight months of claiming control.

Despite the plan, the fear both within Libya and in the wider world is that the NTC is too divided and faction-riven to even agree on who should form the new executive which will oversee the roadmap. Many see Jalil as incapable of uniting a country given that he can't even unite his own administration. 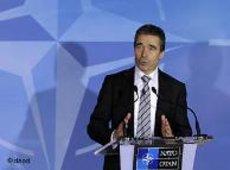 According to Nick Amies, depending on how things pan out in Tripoli, NATO may find itself "dragged into another long-term – and messy – military commitment like in Afghanistan"

There is a real concern among the international community that the rebels will win the war but will fail to fill the political vacuum created in Gaddafi's wake, leaving Libya open to similar feuds and sectarian rivalries which followed in the wake of Saddam Hussein's removal from power in Iraq.
"New outbreaks of violence are a danger, particularly if elements linked to the new regime feel cut out of the post-Gaddafi political settlement," Ulrichsen said.

In such a scenario, NATO may find itself in the role forced on the United States; a military power responsible – to a certain extent in Libya's case – for the removal of a dictator which became bogged down in the middle of a civil war it helped to create. The concern is that NATO could be dragged into another long-term – and messy – military commitment like in Afghanistan.

"NATO cannot place itself in the position of having to take sides in an internal conflict, in the way it has effectively been pushed into doing in Afghanistan," Ulrichsen said. "The results from Afghanistan demonstrate that this undermines the possibility of reaching any form of durable political settlement, and it is to be hoped that they can avoid this in Libya." According to Thorsten Benner, it is vital that NATO recognise that political stabilisation is not something it excels at.

"NATO had a very limited UN mandate in Libya, which it consistently overstepped, so it should now scale back its involvement and let the UN and regional organisations such as the African Union and European Union take the lead on the international front."

In an ideal world, he added, the Libyans should take their fate into their own hands – with advice from the international community.

"Global and regional organisations can offer advice on state-building issues through a political mission, although we shouldn't expect a new government which will be fuelled by oil riches to be a good listener."

Home
Print
Newsletter
More on this topic
Libya after Gaddafi: The High Price of FreedomThe Battle for Tripoli: Libya's Zero HourLibyan Writers in Exile: Active in Support of the Uprising
Related Topics
All Topics

Unauthorised immigration to Europe went down at the peak of the pandemic. As EU countries re-open, migrant flows are back up. What does it mean for the EU – and for migrants? By ... END_OF_DOCUMENT_TOKEN_TO_BE_REPLACED

The children of Libya's brutal and erratic former dictator Muammar Gaddafi are becoming more popular as the country's elections, scheduled for 24 December, approach. Some fear ... END_OF_DOCUMENT_TOKEN_TO_BE_REPLACED

Two refugees detained in Egypt are facing deportation to Eritrea. The expulsion of the Eritreans, who have been incarcerated in Cairo for more than eight years, has been halted ... END_OF_DOCUMENT_TOKEN_TO_BE_REPLACED

Germany's foreign policy is explicitly values-based. But what happens, Ralf Bosen asks, when democracy, the rule of law and human rights collide with the logic of trade and ... END_OF_DOCUMENT_TOKEN_TO_BE_REPLACED

A new survey by Arab Barometer adds numbers to the narrative that COVID has led to a harsher reality for women in the Middle East and North Africa. By Jennifer Holleis and Razan ... END_OF_DOCUMENT_TOKEN_TO_BE_REPLACED

The Libya Conference will be held in Berlin on 23 June. Much has been achieved since the last Libya Conference in Berlin in January 2020. The ceasefire is holding, there is a ... END_OF_DOCUMENT_TOKEN_TO_BE_REPLACED
Date:
Mail:
Send via mail

END_OF_DOCUMENT_TOKEN_TO_BE_REPLACED
Social media
and networks
Subscribe to our
newsletter