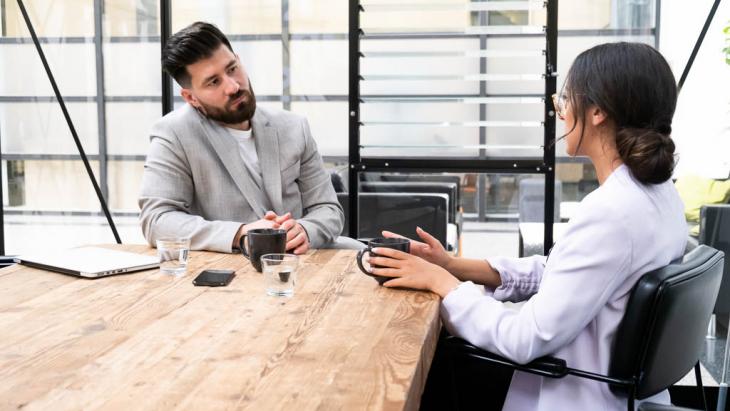 Reuf Jasarevic is the founder of "Erfolgreich & Muslim" (Successful & Muslim), the first life coaching platform for German-speaking Muslims. The 37-year-old trainer supports followers of Islam in their efforts to harmonise the spiritual and practical aspects of their everyday lives. By Said Rezek

Reuf Jasarevic is an economist whose first job after graduating was as a business consultant. He worked for a number of leading companies in, among other places, Singapore, Austria and Germany. But he was dogged with a sense of dissatisfaction: "I had a great car, I wore suits, I stayed in hotels and all that, but I always had a feeling of emptiness inside. I began to ask myself whether I was truly fulfilled by what I was doing."

Jasarevic realised that his family and religion were increasingly taking second place to his job. He searched for ways to balance his career, his private life and Islam. He initially began deliberately setting himself goals in different areas of life. For example, he decided to be home by 6 p.m. every day or to spend Sundays with his family. He also aimed to read a certain number of pages of the Koran every month.

He eventually discovered the IPAF method and developed it further: "IPAF is an acronym representing a kind of model for life. It stands for "Islam, Privat, Arbeit, Familie" (Islam, Private Life, Work, Family). It's aimed at maintaining these four areas of life in equilibrium as far as possible over a long period of time, as a way of attaining inner satisfaction and serenity. It's about pursuing one's spiritual goals while at the same time remaining focused on everyday, worldly goals."

Career and Islam are compatible

When Reuf Jasarevic talks about spirituality, he means devotion to God in all areas of life – and that includes the workplace. In concrete terms: if a lucrative business deal comes up that conflicts with his faith, then as far as Jasarevic is concerned, it's off the table.

Now, Reuf Jasarevic is passing on his knowledge and experience as a Muslim life coach. He gives presentations in mosques, businesses and to Muslim university groups. Some of his talks are attended by hundreds of people. He also offers individual coaching sessions for Muslims. Often, one of his first tasks is to dispel concerns that career and faith are basically incompatible: "The striving for success, whether that success pertains to work, family or finances, does not necessarily conflict with my spirituality. On the contrary: it can really help me to enhance my spirituality if, for example, I use the resources, insights, experience and knowledge gained to create a positive added value for society."

It is said that the Prophet Mohammed once said that "the best person is the one who is most useful to people" – and this is very pertinent in this context. Jasarevic aims to motivate others to adopt this approach, after all those who are successful in their careers can also do good in the spirit of Islam by making donations, for example, or passing on knowledge. 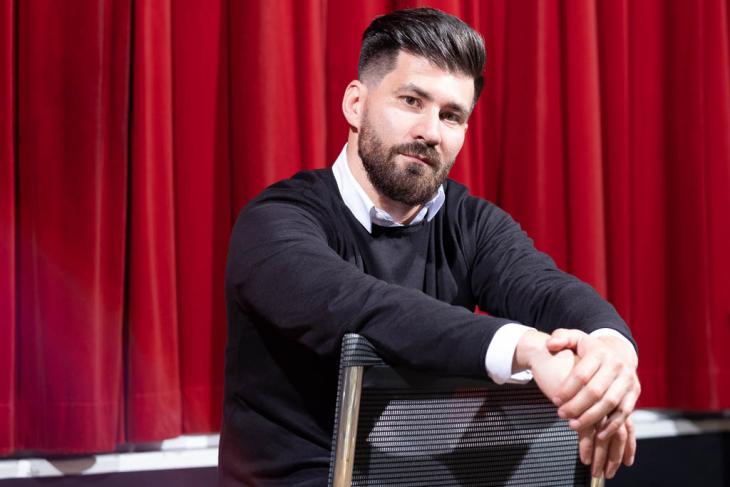 Reuf Jaserevic (pictured here) is a proponent of the IPAF method: "IPAF is an acronym representing a kind of model for life. It stands for "Islam, Privat, Arbeit, Familie" (Islam, Private Life, Work, Family). It's aimed at maintaining these four areas of life in equilibrium as far as possible over a long period of time, as a way of attaining inner satisfaction and serenity. It's about pursuing one's spiritual goals while at the same time remaining focused on everyday, worldly goals," he says

Muslim prayer as a source of strength

In his coaching sessions, Jasarevic combines modern management methods with texts from the Koran and details on the Prophet Mohammed's way of life. He cites prayer as an example: "As Muslims, we are required to perform the first prayer in the early hours of the morning, in order to reflect upon our lives, to pray to God and also to make a productive start to the day. And here I've killed two birds with one stone. On the one hand I have a spiritual aspect, because I'm addressing God through prayer, on the other hand I'm already awake in the early hours of the morning and I'm being productive while others are still sleeping. That gives me an incredible head start that can also improve my quality of life."

When the issue is praying in the workplace, Jasarevic's coachees frequently face challenges. Most work in a non-Muslim majority environment and wonder how they can persuade their boss to allow them to pray at work. For Jasarevic, communication plays a decisive role here: "It makes a huge difference whether I ask my employer in passing if I can pray at work, or whether I make an appointment and assign a degree of importance to the conversation," he says. The coachees should also then use the exchange with their manager to clarify potential misunderstandings surrounding prayer.

For example, some employers might think they need to make a special room available and suitable for prayer. But that is not the case, says Jasarevic. In an ideal scenario, the Muslim employee should come to the meeting with some solutions and suggest that an unused room in the workplace could serve as a potential prayer room. A further concern for the manager might be that time spent in prayer means less time spent working. Jasarevic advises his coachees to pre-empt this by pointing out that a prayer session lasts just five minutes and can be conducted during breaks. But first and foremost however, the coachees should highlight the positive aspects of prayer from the employer's perspective. They should make it clear how important prayer is for them; that it is a way for them to boost energy levels enabling them to work more effectively.

As well as prayer, Jasarevic recognises other Islamic requirements and prohibitions that can have a positive effect on worldly life: the striving for knowledge, fasting, eating a healthy diet and not smoking. Jasarevic is convinced that those who manage to adhere to these rules will enjoy greater success both in this life and the next.

Home
Print
Newsletter
More on this topic
Muslim marriage, Muslim divorce – and the wider family: "Problems are often dealt with collectively"Islam in Germany: Some Muslims do indeed celebrate ChristmasThe image of Muslim women: "We refuse to be hijab-wearing princesses"Interview with the Islam scholar and law professor Mathias Rohe: Coronavirus prompts German discussion on the call to prayer
Related Topics
Democracy and civil society, European Islam, Islam in Germany, Migration in Germany, Muslims in the West
All Topics

Business in the Moroccan city of Tangiers is booming due to its location at the nexus of global trade routes. But many locals are failing to reap the benefits. What they crave ... END_OF_DOCUMENT_TOKEN_TO_BE_REPLACED

Morocco and the European Union are at cross purposes when it comes to the Western Sahara. And, as Germany does not support Moroccan claims to the territory, a major conflict has ... END_OF_DOCUMENT_TOKEN_TO_BE_REPLACED

Jewish voices are much more diverse than the public often sees. Jewish men and women who oppose the injustice of Israeli occupation in the West Bank deserve our respect and ... END_OF_DOCUMENT_TOKEN_TO_BE_REPLACED

They’ve already got the Louvre; they’ll soon have a Guggenheim Museum as well – and now the Emirates have added literature to their quest for cultural supremacy in the Arab world ... END_OF_DOCUMENT_TOKEN_TO_BE_REPLACED

The Germans have a fragmented perception of the conflict between Israel and the Palestinians, and their discourse is dominated by certain catchphrases. All the while, there is a ... END_OF_DOCUMENT_TOKEN_TO_BE_REPLACED

An unusual organisation brings Jews and Muslims together to fight hate and promote dialogue. In the small central German city of Marburg they have been jointly calling for an end ... END_OF_DOCUMENT_TOKEN_TO_BE_REPLACED
Author:
Said Rezek
Date:
Mail:
Send via mail

END_OF_DOCUMENT_TOKEN_TO_BE_REPLACED
Social media
and networks
Subscribe to our
newsletter