The Koran's Spirit of Gender Equality

Lily Zakiyah Munir, Head of the "Center for Pesantren and Democracy Studies", Indonesia, argues that it is not the Koran, but social convention of patriarchal cultures that deprive women in Islamic countries of their equal social status

Lily Zakiyah Munir, Head of the "Center for Pesantren and Democracy Studies", Indonesia, argues that it is not the Koran, but social convention of patriarchal cultures that women in Islamic countries are deprived of equal social status

​​In several conferences on women, the recommendations for promoting gender equality and women's rights almost always mention religion, particularly Islam, as a source of discrimination and oppression against women, as if Islam as a religion hindered the promotion of women's rights.

Now, if one defines Islam as the sum of attitudes and behavioral acts of the major part of Muslims in Muslim societies (which are – like many other societies worldwide – patriarchal societies), then it is correct to say Islam does discriminate against women, trying to hamper their rights and liberties. This view is not correct if Islam is understood as a set of moral teachings and rituals revealed to bring blessings to all of mankind, including women.

Hence, the issue is Islam versus Muslims. These two phenomena are not identical, and, looking at the phenomena under the gender aspect, there is even a wide gap between the two. It is, therefore, important that we close the gap by educating the public in general and Muslims in particular about equality between women and men and of the rights guaranteed by Islam to women.

The Koran tells us that man and women are created equal

​​There are at least 30 verses in the Koran that support equality between women and men and that refer to women's rights in various aspects of life. Many of these women-friendly Koranic verses are further supported by the Hadith, traditionally attributed to the Prophet Muhammad, which illustrate that the Prophet's teachings do not at all put women in second place, but, on the contrary, are conducive and supportive of their position in society as equals.

Fourth: Equal rights and duties to engage in public activities. Both men and women, as God's vicegerents, are obliged to strive for a virtuous life and to prevent sins and evildoings ("amar ma'ruf nahi munkar").

Islamic societies tell us that women are not equal to men

​​Now, if Islam has wisely granted equality between women and men as well as a set of women's rights in various aspects of life, then why does the status of women in Muslim societies remain low? If Islam teaches that both women and men are obliged to perform "amar ma'ruf nahi munkar", then why do they still suffer from gender segregation, under which women are saddled with domestic responsibilities while men dominate the public domain? Why is social justice more accessible to men than to women? There are lots more similar critical questions to raise, if we reflect further on gender and women's issues from an Islamic perspective.

There are several reasons for the gap between Islamic teachings and their manifestation among Muslims.

First, such liberal and emancipative messages of the Koran are not easy to understand, let alone be internalized and practiced, particularly when one reads the Koran with an already gender-biased mind-set that is a product of our patriarchal, ideological hegemony prevalent in our culture. An anthropological investigation of a Koranic verse on marital sexuality (Koran, al-Baqarah 187) shows that gender and sexual equality that are actually advocated by the verse are hardly taken into consideration by the majority of Muslim men and women, because they are used to stratified gender relations.

Second, religious teachers and preachers, through religious learning forums ("majlis ta'lim"), electronic and printed media, hardly ever promote these women's rights. The major themes of religious education and teaching by male and female teachers ("ustadh" and "ustadha") are mainly on the superiority of God and the "superiority" of men over women, sustaining the already subjugated position of women.

Thirdly, most of the women who play an influential role in public life of Islamic societies aren't trying to promote awareness for the difficult position women are in. Some of them even advocate the subordinate role women have in relation to their husbands (regardless of what their husbands are like). They argue that it is part of the requirement to be a devout Muslima.

It is time that Muslims take time to reflect on these realities. Have we done justice to women? Have we given women the rights they are entitled to and are guaranteed by the Koran? In patriarchal Muslim societies, the Koranic spirit of gender and sexual equality is inevitably challenged. The key to its realization lies in the success of educating Muslim men and women on the authentic meaning of the Koran and its mission to liberate women and oppressed groups.

Attempts to implement women's rights and gender equality in Islam should be enhanced to reconstruct equitable Muslim societies according to the wisdom of the Koran. Much of the challenge lies in the hands of men, as they are the holders of power to reinterpret, reconstruct and implement liberating.

The author founded the "Center for Pesantren and Democracy Studies" and has been very active in women's organizations tied to Nahdlatul Ulama - the largest Muslim organization in Indonesia. Lily Munir is currently in Atlanta at the "School of Law at Emory University" designing learning modules on Islam and human rights for use in Islamic theological schools (pesantrens) in Indonesia.

END_OF_DOCUMENT_TOKEN_TO_BE_REPLACED
Social media
and networks
Subscribe to our
newsletter 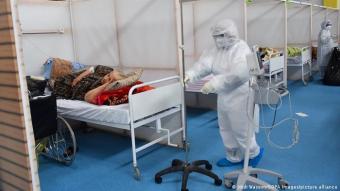