Despite last month's receipt from Israel of funds it owed, the Palestinian Authority still faces a financing gap that could top $1.8 billion, the World Bank said on Thursday.

Palestinian president Mahmoud Abbas's PA has been in deep financial crisis since February when Israel froze transfers of VAT and customs duties it collects on the Palestinians' behalf. His administration had to impose austerity measures, cutting almost half the salaries of its employees.

Israel collects around $190 million a month in customs duties levied on goods destined for Palestinian markets that transit through its ports and it is supposed to transfer the money to the PA.

For Gazan women itʹs a fine line between hope and despair

Amid the poverty and deprivation of the Gaza Strip, Palestinian women struggle to find a taste of the normality that so much of the rest of the world takes for granted. By Nidal al-Mughrabi 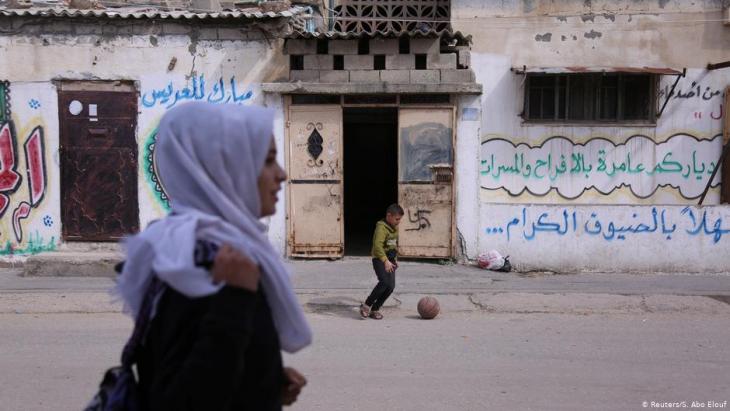 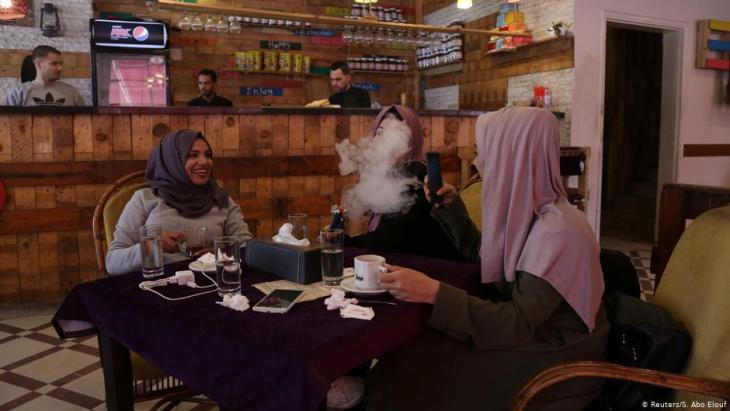 A locked land: strict border controls imposed by Israel and Egypt have devastated Gazaʹs economy and left many of its young women struggling to find work after graduating from college 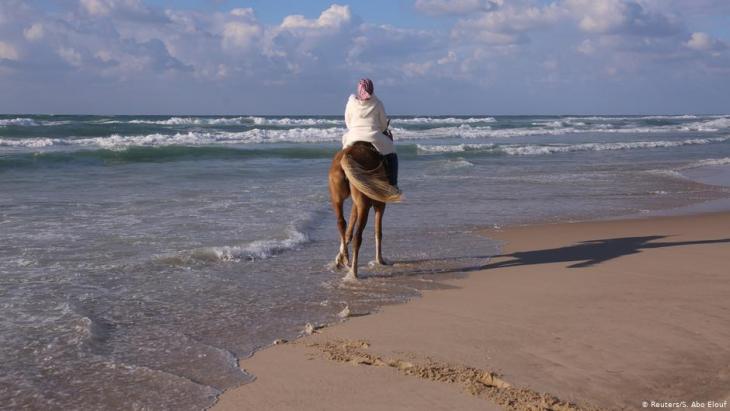 Every second Gazan is unemployed: Suad Dawood holds a diploma as a medical secretary, but has been without a job for four years. "There are no jobs in Gaza. Whenever I get fed up, I go with my friends to sit on the beach or visit areas with greenery," she says 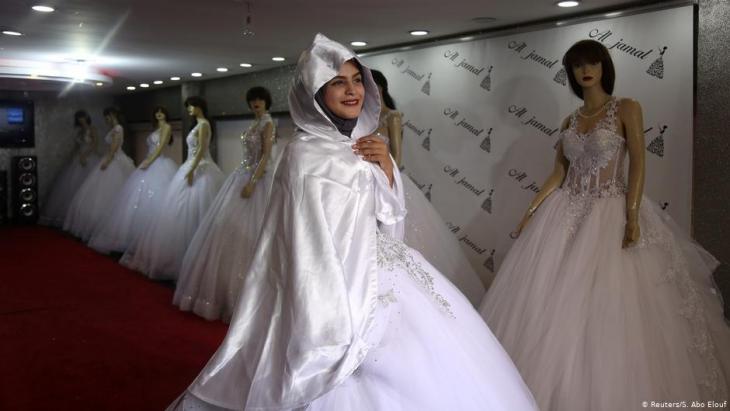 Limited choice: eighteen year-old Hana Abu El-Roos plans to get married this summer, but can't find items she needs for her wedding in any of Gaza's shops. "I haven't picked my wedding dress yet," says Hana, who is also busy preparing for her final high school exams. "I am confused. My sisters are helping me" 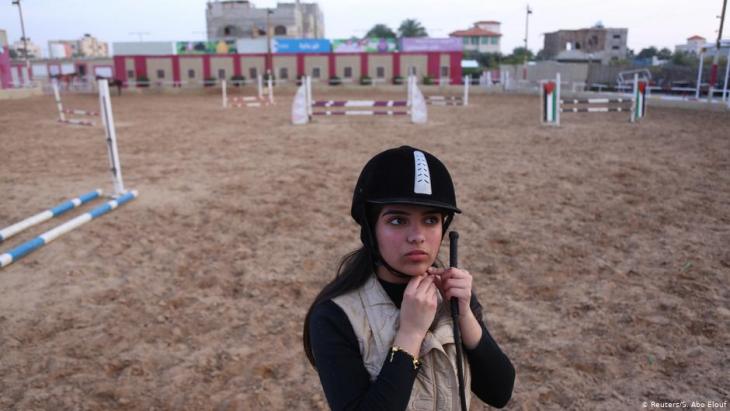 The inestimable importance of time out: "I'm nervous because this is my final high school year, but when I ride my horse I become free of stress," says high school student Fatma Youssef 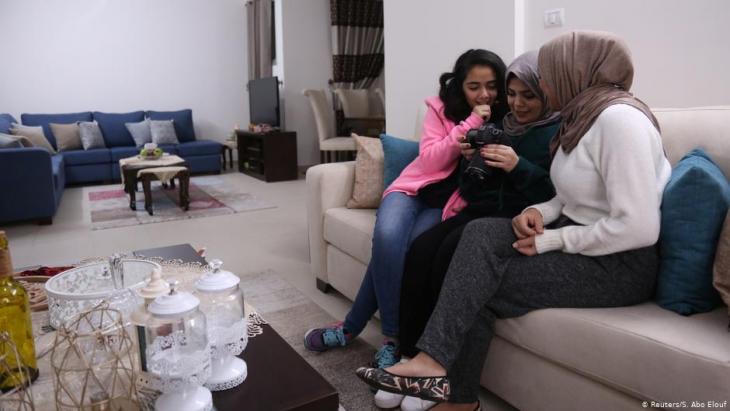 Talent, a camera and the Internet: Nada Rudwan used to work in digital marketing, but as work slowed, she decided to channel her skills towards her passion: cooking. "I thought of doing something I like and that will make me money at the same time," says Nada, who now posts cooking tutorials to social media platforms under the name "Nada Kitchen" 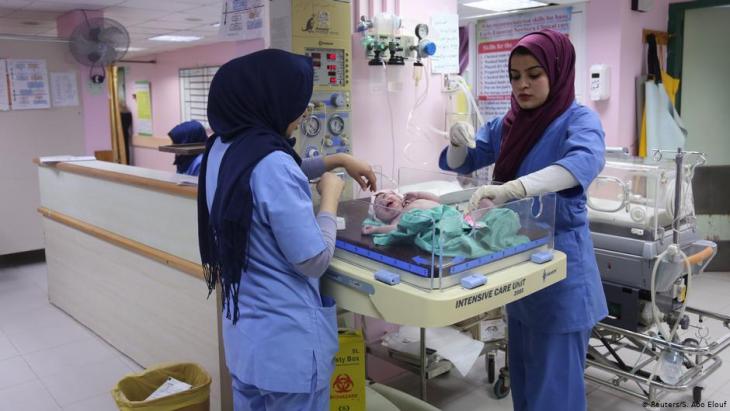 A job well done: Sara Abu Taqea says she found temporary work in a Gaza hospital after finishing a bachelor's degree in midwifery, but that many of her colleagues were not so lucky. "It is a six-month contract, with no guarantee of further employment" 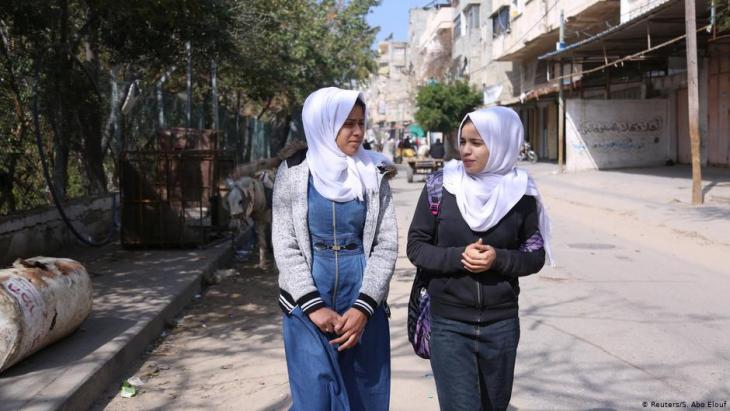 Teenagers the world over: Wessal loves to wander round Gaza City with her friends, shopping and eating fast food. "We have things that look like famous brands, but they are not the same," says Wessal 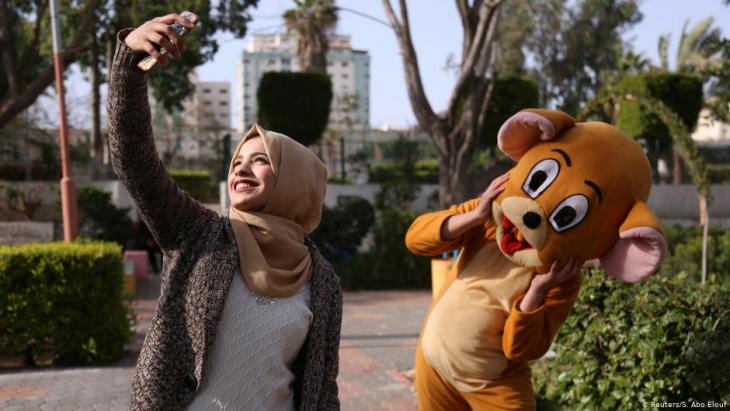 Finding joy in the little things: "despite wars and the bad economy, we are trying to find some joy. We know the reality we live in, so we do things we love to get out of a bad mood," Wessal adds, taking a selfie with a person wearing a costume in a public park in Gaza City 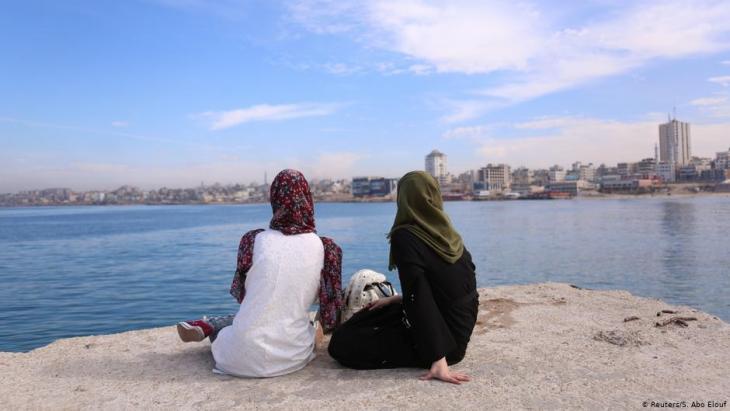 Sara Abu Taqea says she finds a sense of solace in the waves of the Mediterranean, which crash along Gaza's coast. "We are lucky to have the sea. The beach is a place for relief, and for meditation, so we can forget about the wars and poverty"

In February, Israel decided to deduct around $10 million a month from the revenues – the sum the PA paid inmates in Israeli jails or their families – prompting the Palestinians to refuse to take any funds at all.

Israel sees the payments to those who have carried out attacks against Israelis as encouraging further violence.

The PA describes the payments as a form of welfare, while Palestinians venerate prisoners jailed by Israel as heroes for their cause.

Last month, Israel's debt was reduced with the retroactive payment of more than $560 million (506 million euros) in fuel taxes collected by the Jewish state. But that part-payment of arrears has not fixed the liquidity crisis, the report said.

"The Palestinian Authority faces a financing gap that could exceed $1.8 billion for 2019, driven by declining aid flows and the unresolved transfer of taxes and import duties collect by Israel on behalf of the PA," it wrote.

"The outlook for the Palestinian territories is worrisome," Kanthan Shankar, World Bank country director for the West Bank and Gaza, said in a statement accompanying the report. "The severe liquidity squeeze has started to affect the PA's ability to fulfil its responsibilities of paying its civil servants and providing public services."

The bank's report will be presented to the international donor group for Palestinians, known as the Ad Hoc Liaison Committee, at its meeting next week in New York.

"If the clearance revenue standoff is not resolved, the PA would embark on the year 2020 after largely exhausting its domestic sources of financing, including borrowing from domestic banks, which will put it in a much worse position than in 2019," it said.    (AFP)

END_OF_DOCUMENT_TOKEN_TO_BE_REPLACED
Social media
and networks
Subscribe to our
newsletter