Literary Awakening in Saudi Arabia
A Distant Echo of 9/11

Close connections between the political system and the rigid religious authority of the Wahhabis have blocked Saudi Arabia's cultural and social development for a long time. But now, the fact that most of those responsible for the terrorist attacks of 11 September 2001 came from this country has had the effect of rousing its literary landscape. By Fakhri Saleh 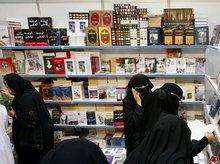 Saudi women in a bookstore: in the new Saudi Arabian literature, female authors have shown themselves to be particularly willing to experiment

​​ Since Abdul Rahman Munif's identity as a Saudi novelist is paradoxical, maybe even contradictory, it might be difficult to define the point of departure of the Saudi novel. Very traditional in its worldview, Saudi society has moreover represented a major obstacle to the modernisation of literary forms. Even poetry, which was and still is the major literary genre in Arabic culture, described by literary historians as the 'Divan of the Arabs', has not undergone the major transformations here that it has experienced in other Arab countries such as Iraq, Egypt, Syria and Lebanon; that privileged form in Arabic culture was not revolutionised until very recently, in the 1970s.

The first Saudi state, founded in the mid-eighteenth century under Ibn Saud, struck a kind of alliance between the government and the hardliner, sometimes extremist, religious followers of Sheikh Muhammad Ibn Abd-al-Wahhab (1703–1811), who led a reformist movement that claimed to "purify Islam".

Indeed, the Saudi state wasn't established until Abd-al-Wahhab settled in Diri'yah, its first capital, in 1756, and Prince Muhammad Ibn Saud agreed to support and espouse his cause in the hope of cleansing Islamic practices of heresy. The Wahhabis, who later became the real shapers of the official Saudi state ideology, made it impossible for Saudi literary figures to break the chains of literary traditions as time passed.

An insider outside the country's borders

Born in Amman, of a Saudi father and an Iraqi mother, Abdul Rahman Munif (1933–2004) spent his childhood and early youth in the Jordanian capital. He did leave Jordan for his studies, but he pursued them in Baghdad, Paris and Damascus rather than in Saudi Arabia. What made him a Saudi novelist is thus not his nationality, but the themes of his novels. 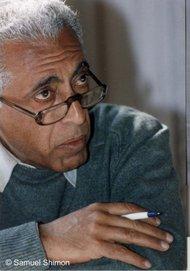 ​​ At the beginning of his career, Munif wrote two experimental novels that made him one of the outstanding Arab novelists of the 1970s: East of the Mediterranean and The Trees and the Assassination of Marzouq. He tried therein to see the roots of Arab decadence and defeat in the 1967 war by reading the near history of the Arab world after independence.

However, the publication of his quintet Cities of Salt is what pushed his work to the fore of Arabic novels produced in the twentieth century. In Cities of Salt he handled the theme of rewriting the history of Arabia – also addressed in East of the Mediterranean – in a multi-volume novel that tried to dissect processes of change brought about by the discovery of oil imperialism.

The locus of Munif's work, his fiction as well as his non-fiction, circled around despotism and decadence in Arabia; this is what really brought him back to Saudi Arabia and made his work the most readable in that country. But no Saudi Arabian novelist stepped in to fill his shoes, because nobody had the courage in the 1980s and 1990s to dig and find the roots of despotism in Saudi society.

​​ New literary forms, such as the novel, theatre, and plastic arts, were not practiced until very recent times. The view of the Wahhabis that the arts must be Islamic, conforming to the norms of Islam, stifled literary production in the Kingdom. Being the site of the two holiest cities in the Islamic world, Mecca and Medina, while at the same time the largest producer of oil in the world, Saudi Arabia was caught between its sacred past and daily realities, between traditional forms of life and the necessities of modernity and modernisation.

The holy alliance that held the state to the Wahhabi religious movement made it very difficult for the Saudi poets and novelists to express themselves and to uncover the hidden forms of repression that hinder the development of Saudi society. Of course, it is not a question of form that had to be revolutionised, not a matter of borrowing new emerging literary forms like the novel from brethren Arab countries; instead, a major existential process had to take place.

All Saudi novelists publish their works either in Beirut, Cairo, or sometimes Europe, because of the restrictions put on freedom of expression. And up until very recently, novels written by Abdul Rahman Munif were banned in Saudi Arabia. Although he is now dead and freedom of circulation of printed materials has improved a little, many of his books are still banned in the kingdom. 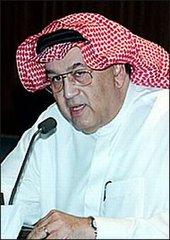 ​​ A change in the literary atmosphere fermented during the last twenty years, opening Saudi writing to the process of experimentation and modernisation of literary forms. However, this process of experimenting with the novelistic form only became visible on the Arab literary scene during the last few years. Ghazi Al-Gosaibi, a poet, diplomat and minister in the Saudi government, and Turki Al-Hamad, a liberal thinker who called for reform in Saudi politics and society, started writing novels about the Arabs in the twentieth century or about Saudi society.

Nowadays, more than ten Saudi novelists are known to Arab readers, some of their works translated into more than one language. The best known of these novelists in the Arab world, as well in as other countries around the globe, is Rajaa Al-Sanea, who wrote her Girls of Riyadh to chronicle the mosaic of daily happenings in the lives of the very few aristocratic Saudi girls.

Girls of Riyadh lifts the veil on an obscure world, but cannot be considered a masterpiece in Arabic narrative; it is a bestseller, but too simple in style and worldview. The novelists who really lift the veil on the Saudi world are Abdo Khal, Yousef Al-Mohaimeedeed and Leila Al-Johani. These writers, in addition to Rajaa Alem, offer a sharp dissection of the hidden, tormented lives of the Saudi people.

Yousef Al-Mohaimeed uncovers in his novel Pigeons Do Not Fly in Boraida the dark sides of a divided, sectarian and patriarchal society

​​ Abdo Khal (born in 1962), the winner of the International Prize for Arabic Fiction (known as the Arabic Booker) in 2010, wrote few novels that deal with censored, prohibited subjects in Saudi society. Khal portrays the atrocities perpetrated on the lives of the underprivileged people, the sheer violence exercised by the powerful on the weak. The work of Khal addresses the sacrosanct trio of taboos in the Arab World: sex, religion and politics. "But these are the things that make up people's lives," as he said in an interview in 2004. For that reason, Khal's novels are censored in Saudi Arabia but, at the same time, are widely read.

In Spewing Sparks as Big as Castles, Khal wrote a very poignant and powerful tale of his agonised protagonist, portraying the lives of Saudi people living in the slums, and those who live in the palace that overshadows these slums. The title of the novel is a Koranic reference to hell, and the narrative depicts Jeddah as a city divided between heaven and hell.

The protagonist was born and brought up in the slum that the palace usurped, most of its territory adjacent to the sea. He became an instrument in the hands of the palace's prince: the protagonist's work is to rape the male adversaries of the prince. The whole narrative is a painful monologue in which the protagonist uncovers his true feelings; he touches on his filth, and his feeling of deeply buried guilt. Khal's masterpiece to date tells not only the story of the rapist, but also the stories of the mad prince, his puppets, and the tens of women whores brought to the palace by various means.

The origins of discrimination in Saudi society

For his part, Yousef Al-Mohaimeedeed (born in 1965) wrote in his novel Pigeons Do Not Fly in Boraida the story of an abandoned young man who left Saudi Arabia for Great Britain, fleeing from a country that prohibits genuine love and destroys the lives of its people. In chronicling his life from early childhood up to his youth, the protagonist lifts the veil on the divided, sectarian, male-dominated society. Pigeons Do Not Fly in Boraida shows us that male-female love, the prohibition of which often leads to an alternative homosexual hidden life, takes place secretly. But the result of this secret love is jail or banishment from the country.

Two female Saudi writers took the responsibility to experiment with style – Rajaa Alem and Laila Al-Johani. In her novel The Silk Road, Alem depicts Mecca as the setting of her narrative, writing about the lives of people coming from various parts of the Islamic world to perform the Hajj, the pilgrimage to Mecca. While Alem prefers to use the sophisticated language of the Sufis, Laila Al-Johani, in her novel Jahiliyya, tells the story of a girl in love with a man from a different caste, a black person, a bidoun (someone without any papers or identity card). Al-Johani dissects, in her delicate style, the origins of discrimination in Saudi society, alluding to the Arab Jahiliyya, and to the occupation of Iraq by American troops in 2003.

Taking into consideration that many novels are produced by Saudi writers every year, we can say that 9/11 accelerated the processes of change in Saudi life. In that sense, might we suggest that Osama Bin Laden was the catalyst that made Saudi society change, forcing Saudi writers to lift the veils on their obscure society to the world and, maybe, to themselves?

Fakhri Saleh has a degree in literary studies and is editor of the cultural pages for the Jordanian daily "Ad Dustour".

Abdul Rahman Munif: "Variations on Night and Day"
Intrigue and War
Running to 2500 pages in the original version, Abdalrachman Munif's five-volume novel cycle Cities of Salt is one of the cornerstones of Arab literature and a subversive chronicle of Saudi Arabia. Angela Schader introduces the novel cycle and publication of the final volume, Variations on Night and Day

END_OF_DOCUMENT_TOKEN_TO_BE_REPLACED
Social media
and networks
Subscribe to our
newsletter