In Pakistan, it is impossible to make a living out of writing – those who wish to publish a book must pay for it themselves. Yet the country's literature reflects that Pakistan is a society in transition. Claudia Kramatschek gives an overview 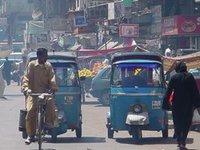 Pakistan is a country in transition - while previous generations of writers often focused on the hardships of daily life, the younger generation has become part of an international literary elite

​​While Pakistan searches for the middle road between secular change and fundamentalist menace under General Musharraf, very little of the lively literary scene in the country is making its way through to the West.

Those who imagine that the blame lies with the global market language English are not wrong, but also not completely right. Even between the country's five regional languages - Urdu (the official language), Sindhi, Pashto, Panjabi and Belochi - there are still barriers, as Asif Farrukhi, author and translator in Karachi, explains with regret:

"It is as if Pakistani literature were packed into individual boxes because there is no translation activity. And in addition, each regional language has its own literary tradition."

Poetry – the king of literary genres

Asif Farrukhi: The country's literature reflects that Pakistan is "a society in transition"

​​What the five literary languages have in common is that they all still love poetry - it is quoted in everyday situations and even during political speeches. And the up and coming generation of writers also cultivates poetry - which is still considered, alongside the short story, the king of genres in Pakistani literature.

The topics addressed are contemporary - and the tone critical: the individual's alienation from their mother country, the loss of tradition, the nascent decline of the family system. Literature thus reflects, according to Asif Farrukhi, that Pakistan is "a society in transition" that needs to reaffirm itself in literature, asking: who are we, where are we going?

Women writers have become particularly present in the literary market in recent years. Though let us not forget there was Ismat Chugtai, who wrote at the beginning of the twentieth century and thereby shaped modern Urdu prose and is still celebrated today as a feminist par excellence.

And historically not much later Qurratulain Hyder, who wrote an explicitly feminine history of the tragic division of the Indian subcontinent.

​​Fahima Riaz, born in 1946, published her first volume of poems in 1967, explicitly describing the female body and female sexuality in unambiguous terms. She thus consciously transgressed male-determined ideas about what is appropriate and inappropriate for a woman writer.

And she paid a bitter price for the liberties she took: for seven years she lived in exile in India, returning to Pakistan only in 1989; she later founded Pakistan's first women's literary press under the auspices of the NGO WADA (Women & Development Association).

But author and journalist Zaheda Hina, who like Fahima Riaz lives in Karachi, warns that on the subcontinent the idea of what is feminist should not be measured according to Western standards - because women there are first and foremost concerned with survival. The younger generation of women writers is no longer interested in this struggle. They fear a "ghettoization." 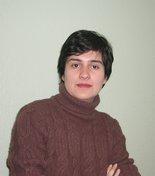 Kamila Shamsie - a voice of a new generation of writers

​​Another generational gap has been observed by Kamila Shamsie, who became known also in the West with her novel "Kartography" (Harcourt, 2003). Born in Karachi in 1973 and splitting her time between the United States, London and her hometown, Shamsie says that at age 30, history is equally important to her as a literary theme as it is to her father's and mother's generation. But history no longer means "1947."

For her and her peers what is now important is pointing to the blind spots in the recent history of her country: for example the 1971 division of what is today Bangladesh and the actions of the Pakistani army there, as addressed in the novel "Noor" (Penguin India, 2004) by Sorayya Khan.

These young authors usually write in English. Their situation is, however, very different from that in neighboring India. It is true that the first Pakistani novel published in the West was written in English: "The Crow Eaters" by Babsi Sidwa, published in 1980.

But in Pakistan the English language still carries the connotations of national betrayal much more than in India at the time when Rushdie attacked regional Indian literature as second rate in 1997.

In Pakistan - where over fifty percent of the population are illiterate - the acquisition and use of the English language is a question of class: English is the language of a minority - an elite and very influential minority because its members occupy important sectors of society, for example the administration, the legal system, the military, schools and universities, and the media.

So the uncomfortable question arises as to how the progression of English will affect the work of authors writing in regional languages.

The economic situation of publishers, writers

This potential competition is exacerbated by a literary market that is not one. The publishing houses have little money - those who wish to publish a book must pay for it themselves. It is impossible to make a living out of writing - even famous authors work as professors, journalists, or literary critics. Book reviews usually promote the same well-known names.

Reviews are found in television and radio; print media such as the daily "Dawn" or the weekly "Friday Times," both English language papers, offer book supplements. There are a hand full of literary magazines; the oldest and most known is "Funoon." But there are no magazines that center explicitly on literature - such as "Biblio" or "The Little Magazine" in India.

Asif Farrukhi decided to fill the gap and founded his own magazine, "Duniyazaad." Twelve issues have been published to date, among the themes focused on in various issues are 9/11 or the war in Afghanistan.

The situation thus seems to be as paradoxical as the country itself is: change and stagnation occur simultaneously. This is also true of the crucial question of censorship. Some of the authors who were once critical of the government now claim that literary liberty was never greater than under Musharraf - which is a betrayal in the eyes of many of their former readers.

At the same time, many authors complain that they were never so unimportant in their own country as they are now. It is hard to say whether they have been robbed of something, or freed.

Translated from the German by Christina White

Re-Inventing the Taliban
"Don't You Believe in Sharia?"
Sharmeen Obaid Chinoy, a young director originally from Pakistan, traveled back to her country to document the growth of Islamic fundamentalism there. Silke Kettelhake reports

From Lemberg to Pakistan
The Yiddish Jokes of Mohammad Asad
Leopold Weiss, the grandson of a rabbi, later also known as Muhammad Asad, became ideologically involved in the founding of the new state of Pakistan. Weiss also translated the Koran into English. A portrait by Joseph Hanimann

Educational Opportunities in Pakistan
Access Makes the Difference
Pakistan's educational system is among the least developed in the region. Many schools don't offer running water or even chairs, but one of the most pressing problems is the socio-economic status of teachers. Abdul Hafeez and Peter Koppen report