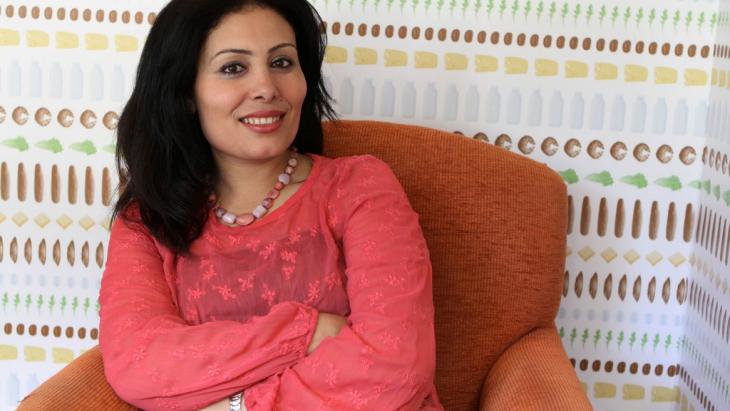 She fought for renewal and lost her illusions. In a very personal text, Egyptian writer Mansoura Ez-Eldin explains how literature accompanied her through a time of radical change

Barely four weeks after the massacre of 14 August 2013, I was driving through Cairo with my little daughter beside me. The mood in the city was heated. Mohammed Morsi had been chased out of office three months before and then more than 800 people had died when the security forces raided a Muslim Brotherhood protest camp.

Suddenly, the traffic came to a standstill. In Cairo′s ever-crowded streets, the crush was so dense it seemed as though the cars were piling on top of one another. From nearby Bayn-al-Sarayat, we heard the sound of guns firing. Perhaps Kalashnikovs.

By that time I had learned to distinguish the various types of firearms. Normally, though, the sound of shots only reached me from a distance; I was usually at home, trying to distract my two children from what was going on outside. That day, though, I was close to the action; I found out from passers-by that Islamists and security forces had clashed. My only thought was to get my daughter out of the danger zone.

After minutes that felt like an eternity, silence fell – but for a single hysterical voice calling down death and destruction upon us all for having silently colluded with the regime and allowed the massacre of the Muslim Brothers. What did it matter that there were surely people among us who had condemned the massacre and others who had themselves been victims of the Islamists or the regime? As soon as shots are fired, every dialogue falls silent. Finally the traffic thinned out and I hurried home to write down what I′d experienced.

Before 2011, I was by no means a regular diarist. But when the insurgencies began I grew almost addicted to putting incidents and images into words. The short fragments began to add up. It was an activity with no purpose or use – or was I seeking refuge in writing because it was the best way I had of understanding what was happening? 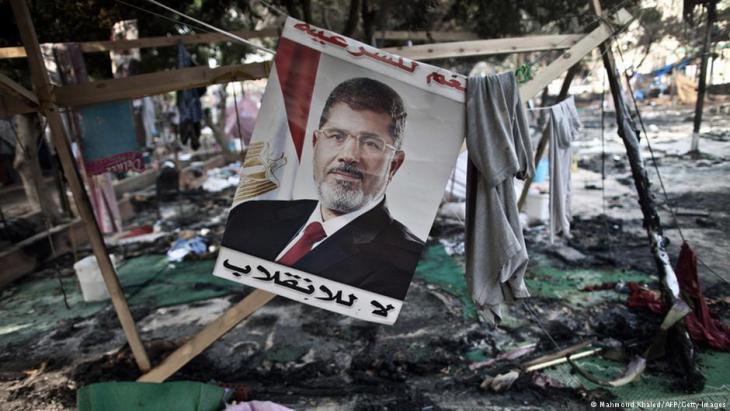 No mercy for political opponents: since the overthrow of President Mohammed Morsi in 2013, the authoritarian Egyptian regime has taken an extremely tough line with the Muslim Brothers, branding even moderate supporters as terrorists. Raids conducted by the police frequently escalate into deadly gun battles. According to Human Rights Watch, the Egyptian authorities have either arrested or accused at least 60,000 individuals since Morsi was toppled. Thousands of civilians have appeared before military tribunals, with hundreds being sentenced to death

I remember coming home from the demonstration on 28 January 2011, the famous ″Friday of Anger″ and going straight to my desk to write down what I′d experienced. Tears ran down my face, so powerless and helpless had I felt up against the brutal armed violence of the security forces.

I did the same after every demonstration, at least in 2011, when the Arab Spring was blossoming and it seemed as though our frozen world was starting to thaw. Just taking part in the demonstrations and writing about it gave me the feeling I could make myself useful.

At the beginning of 2012, it became clear that the established regimes were prepared to do anything to prevent fundamental change in the Arab world. The blood spilled by the men in power tainted the entire horizon. Particularly Syria, Libya and Yemen paid a horrific price: thousands of innocent people died, cities were reduced to rubble, the number of war refugees multiplied from day to day.

Political analyst Taqadum al-Khatib argues that Egypt can, in co-ordination with its European partners, develop a common vision to solve the complex conflict in Libya. For this to ... END_OF_DOCUMENT_TOKEN_TO_BE_REPLACED

The upheavals of the past year in the MENA region are arguably as momentous as those of the Arab Spring in 2011. Yet perhaps the biggest difference is that our interest seems to ... END_OF_DOCUMENT_TOKEN_TO_BE_REPLACED

In 2019, the long-running Penguin Classics series released its first novel translated from Arabic: Tawfiq al-Hakim’s "Return of the Spirit", conveyed into English by William ... END_OF_DOCUMENT_TOKEN_TO_BE_REPLACED

Equality in divorce, a ban on polygamy: reformers of Islamic family law have a clear agenda. They are exploiting the ambiguity of traditional jurisprudence. By Joseph Croitoru END_OF_DOCUMENT_TOKEN_TO_BE_REPLACED