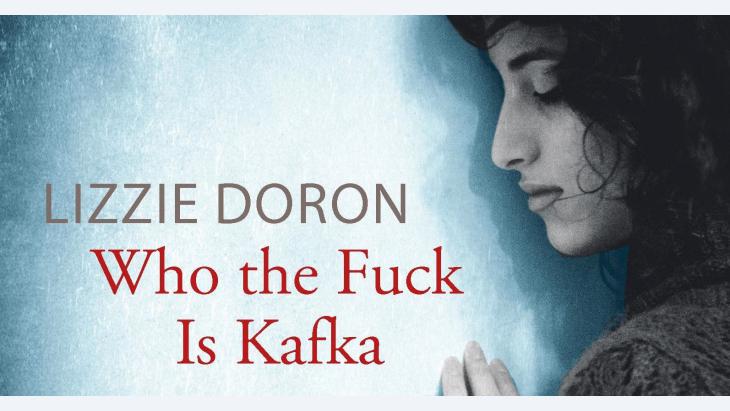 Lizzie Doron′s book ″Who the fuck is Kafka?″

″Only as enemies did we become friends”

Some friendships are simply not meant to be. When Israelis and Palestinians meet, political issues usually sabotage any kind of interest they may feel in the other. In Lizzie Doron′s recent novel ″Who the Fuck is Kafka″, the unlikely friendship of an Israeli writer and a Palestinian photo journalist captivates the reader. Sheila Mysorekar read the book

The book has autobiographic qualities. The first person narrator is Lizzie Doron herself, an elderly writer, who meets a younger Arab-Palestinian journalist at a peace conference in Rome. Both are human rights activists, both work for peace.

Nonetheless, their direct interaction is marked by mutual prejudice. It starts with the fact that Nadim Abu Heni, the photo journalist, is late for their panel show at the peace conference. ″Typically Arab, they are always late,″ Lizzie thinks. When Nadim arrives, however, he tells the audience that he missed his flight to Rome because Israeli border police questioned him for several hours under the suspicion that he might be a terrorist. Lizzie realises that she needs to correct her first impression.

Nadim visits Lizzie in Tel Aviv; he later admits that he had never been in the private home of a Jewish person before and that he was afraid she might not open the door. When Lizzie welcomes Nadim in her apartment, he gives her roses, and she catches herself thinking: ″Why flowers? Arabs always bring sweets.″

But in a bigger, political context, it is a challenge to put the differences aside. Lizzie has lost family members to the Holocaust. Nadim′s family was affected by the naqba, the emigration of Arabs after the establishment of the state of Israel in 1948. 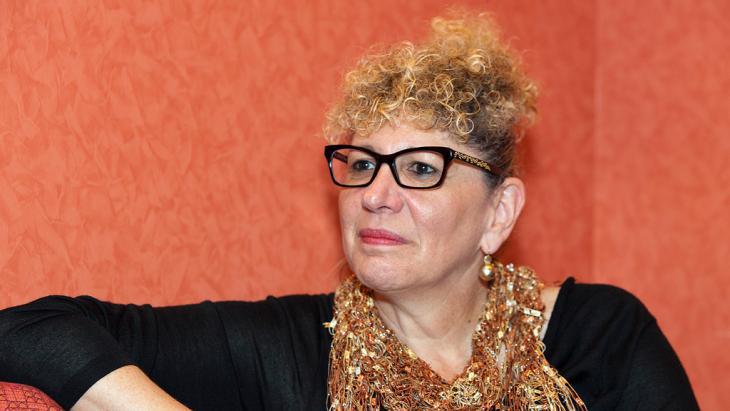 Lizzie Doron was born in Tel Aviv in 1953. Before becoming a writer, she studied linguistics. Her first novel "Ruhige Zeiten" was awarded the Yad Vashem Buchman Prize. In 2007 she received the Jeannette Schocken Prize

Acquaintances and family of both are not happy about their flowering friendship. Nonetheless, Lizzie and Nadim decide to make a film together. The book traces the efforts to realise this project. They encounter thousands of difficulties, including armed conflict and lack of money. The challenges reflect the real and imagined state of emergency in which Israelis and Palestinians both live.

Small things encompass the situation best. In the middle of the Gaza war in 2014, the two friends cannot meet. Lizzie lives in Tel Aviv, afraid of the first rockets which reach the city. Nadim is in East Jerusalem, worrying about his in-laws in Gaza. Lizzie writes a text message to Nadim, ″How are you?” Nadim texts back: ″In war, I feel like in a war."

The book′s title stems from a scene where they both have dinner with an EU delegate, and Nadim tells her of the challenges he lives with – for instance, that his wife, who was born in Gaza, has only a tourist visa for living in Jerusalem and cannot visit her family in Gaza.  ″Kafka″, comments the EU lady, referring to the absurd and threatening situations that the Czech writer Franz Kafka describes in his novels. Nadim tells her how his wedding had to be postponed, because of a curfew in Gaza. ″Kafka″, the lady repeats. She says so several times during the dinner. After she leaves, Nadim asks Lizzie: ″Who the fuck is Kafka?″

The film that Nadim and Lizzie planned is never made, but they keep up their friendship despite officially being enemies. Regarding Israel and Palestine, at some point they decide that they live in the same lunatic asylum – only in different wards.

Home
Print
Newsletter
More on this topic
Interview with the Jewish author Judith Katzir: Friendship across the divideAssaf Gavron's novel "The Hilltop": Message of political reconciliationInterview with Amos Oz: ''I love Israel even in times when I don't like it''
Related Topics
Arab citizens of Israel, Gaza War, Israeli literature, Israeli-Palestinian conflict, Israeli-Palestinian dialogue, Literature
All Topics

Thanks to the recent rapprochement between Israel and the United Arab Emirates, Abu Dhabi should in future be able to access Israeli espionage software even more easily in order ... END_OF_DOCUMENT_TOKEN_TO_BE_REPLACED

Two German Jews dreaming of living in the Holy Land chose to settle near Bethlehem. Under international law, Israeli settlement activities on Palestinian soil are, however, ... END_OF_DOCUMENT_TOKEN_TO_BE_REPLACED

The outpouring of solidarity worldwide following the violent death of George Floyd should prompt us to step back and fundamentally question racist structures and privileges based ... END_OF_DOCUMENT_TOKEN_TO_BE_REPLACED

As he sees the first of his successes making its way towards local markets, Azem Abu Daqqa feels very positive. The launch of an agricultural project in the south of the Gaza ... END_OF_DOCUMENT_TOKEN_TO_BE_REPLACED

Mikhal Dekel’s father was part of a contingent of Jewish children who went on an odyssey from Poland to Iran as a result of the Holocaust. Dekel has now written a book exploring ... END_OF_DOCUMENT_TOKEN_TO_BE_REPLACED

END_OF_DOCUMENT_TOKEN_TO_BE_REPLACED
Social media
and networks
Subscribe to our
newsletter