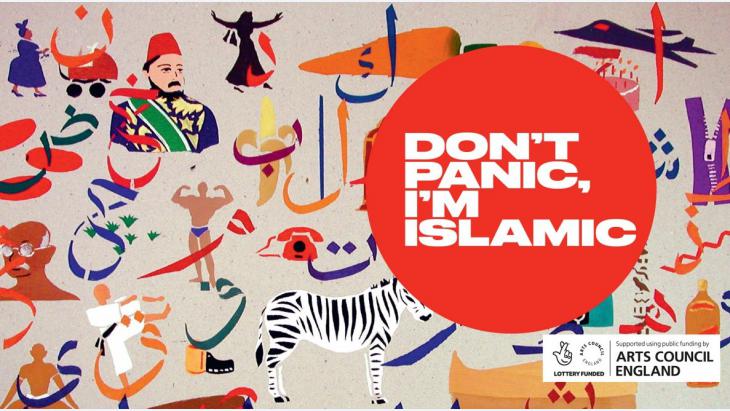 The Mfest finale –"Donʹt Panic, Iʹm Islamic: Extreme Comedy NOW!" – held in London at the end of April was an hour-long event. Concluding a three-day festival which paid tribute to Muslim culture and ideas, the entertaining and thought-provoking finale gave festivalgoers a chance to laugh and let off steam. By Susannah Tarbush

The four performers at the finale all contributed to the anthology "Donʹt Panic, Iʹm Islamic: Words and Pictures on How to Stop Worrying and Learn to Love the Alien Next Door", published by London-based Saqi Books and edited by Saqi publisher Lynn Gaspard.

Hamdi and Manito have emerged as leading figures on the UK comedy circuit in recent years, delivering on their promise at the finale with some hilarious stand-up. Known for using satire and humour in his plays, Abdelrazzak contributed a monologue, "ISIS Helpline", which poked fun both at IS and at certain UK media pundits on Islam.

The "Donʹt Panic, Iʹm Islamic" anthology, published by Saqi in partnership with the Arts Council, England and the Arab British Centre, was born in response to U.S. President Donald Trumpʹs travel ban.

"The day Trump announced his ʹMuslim travel banʹ and tweeted ʹOur country needs strong borders and extreme vetting, NOW. Look what is happening all over Europe and indeed, the world – a horrible mess!ʹ, something inside me snapped," explained Lynn Gaspard. "I decided to publish a volume of satirical art and writing that would feature mostly Middle Eastern voices. We needed to produce a book that would subvert these ridiculous stereotypes that are propagated in both the East and West."

Gaspard went on to point out that people in the region are squeezed between the fascists and racists in the West who claim that Muslims are all backward and a threat; and the fascists back home who threathen them if they behave differently. In such a climate, how and where do creatives from the Middle East express themselves and how, indeed, will they be heard? 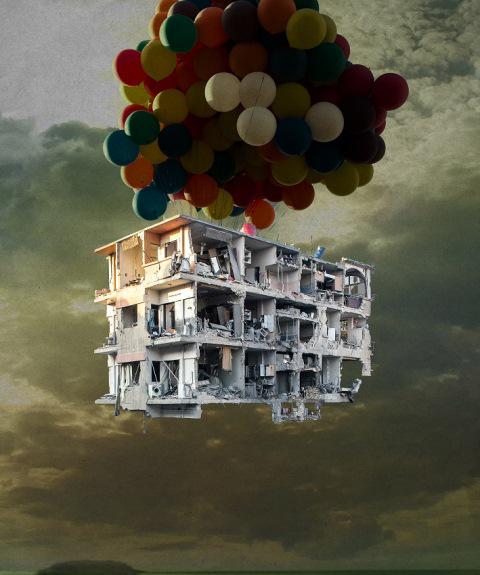 "From Damascus, with love" 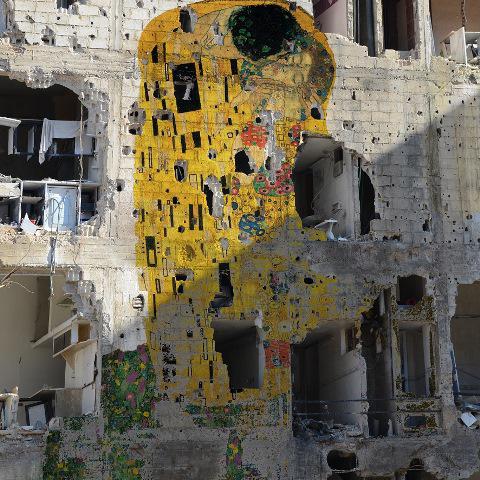 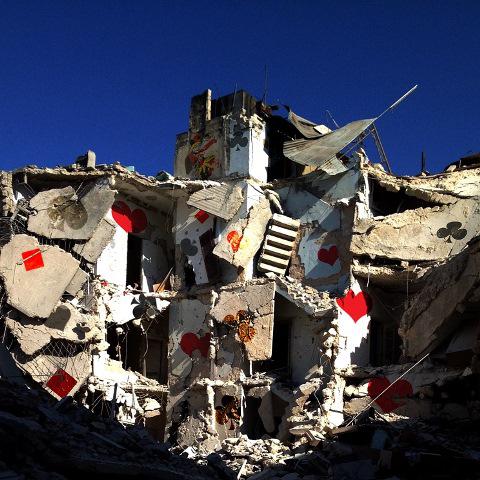 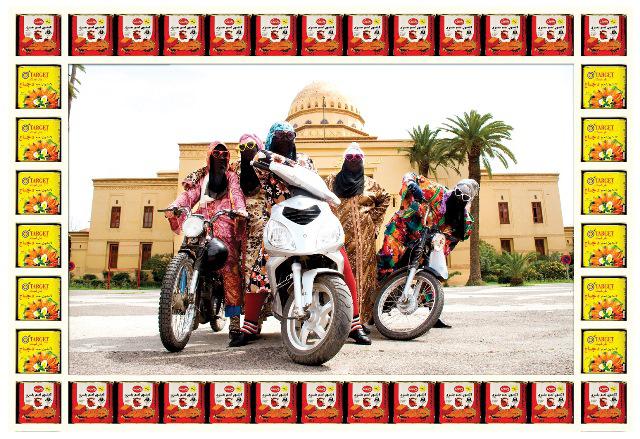 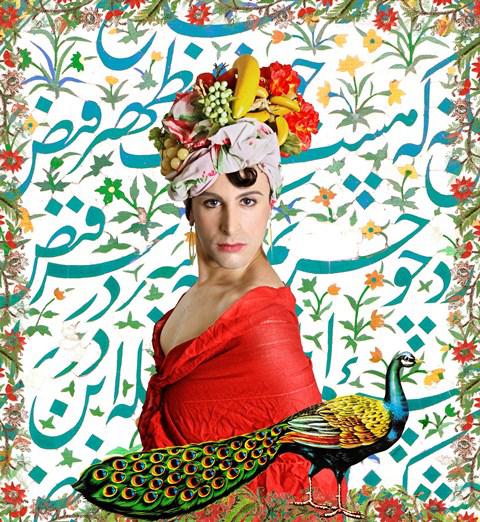 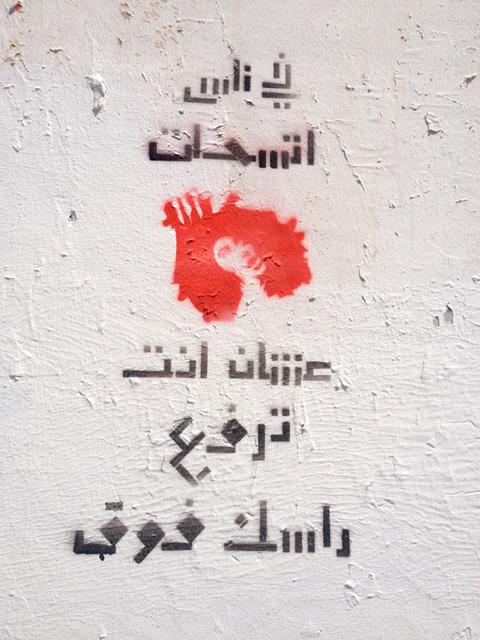 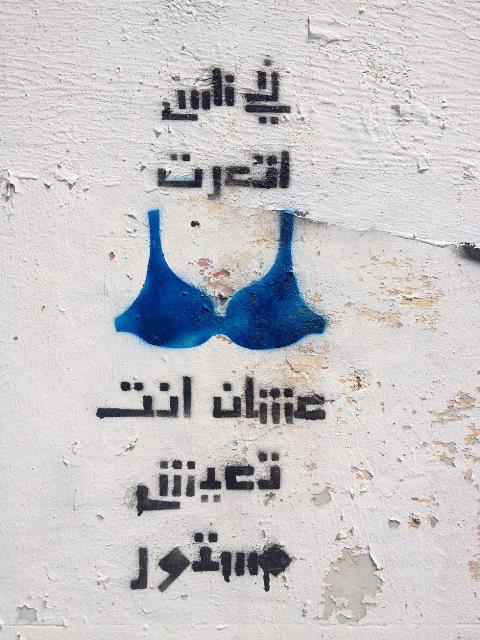 The artists and writers who contributed to the anthology are punks, comedians, drag performers, graphic artists, all of them championing freedom of expression, not to mention other individual freedoms. The book was published to celebrate these outcastsʹ work – and to provide a space to showcase their various expressions.

In preparing the anthology, Saqi Books approached artists, comedians and writers from around the world whom it was felt were producing exciting, original and provocative work. Many of the contributors were known to the publishers already, either because they had been published by Saqi in the past, or because the editors were aware of their work.

It was important to Gaspard that the majority of contributors be of Middle Eastern origin. Of the 34 contributors, 21 are from the Middle East, with the rest coming from Europe and the United States. The contributorsʹ brief was to respond to the Muslim ban, or the rise in hatred and violence around the world.

As a result, you have Amrou Al-Kadhiʹs ʹHow Islam Taught me To Be A Drag Queenʹ; Jennifer Jajehʹs ʹWhite Like Meʹ on not belonging and racial profiling; Alex Wheattleʹs ʹShade-ismʹ where a young black woman has internalised hatred towards her which leads her to commit a terrible act of violence; or Laila Shawaʹs ʹDisposable Bodiesʹ of women suicide bombers. The pieces in ʹDonʹt Panicʹ are powerful expressions of humanity; they reflect our vulnerability, flaws and diversity.

Among the many striking images in the book are those in a 10-page spread of works by Syrian artist Tammam Azzam, entitled "From Damascus, with Love". Azzam plays with photographs of the destruction in Syria to powerful effect. In one image a wrecked apartment block floats in the sky, suspended from a cluster of party balloons. Another image shows Austrian artist Gustav Klimtʹs shimmering gold painting "The Kiss" projected onto a shell-pocked facade. In "Poker", motifs from playing cards adorn smashed-up buildings.

The MFest finale was the latest in a series of "Extreme Comedy NOW!" events held in association with the anthology. Meanwhile appearances by contributors to promote the book continue. For example in late May Bidisha read from the anthology at the "Fiction Trumps Trump" event at the month-long Writing on the Wall Festival – WoWFest – in Liverpool. The theme of this yearʹs festival was Crossing Borders. "Fiction Trumps Trump" was designed "to celebrate writers published in anthologies that, in some way, respond to the worldʹs most powerful tangerine in a toupee."

"Donʹt Panic, Iʹm Islamic" was selected by the Sunday Times as one of its books of the year. "Weʹve had very good reviews of the book, mainly online as well as in a few print papers," says Gaspard. "Perhaps the best was Culture Tripʹs, which called it ʹThe first great anti-Trump book.ʹ "

Nevertheless, notes Gaspard, several UK broadsheets turned down the book explaining that they didnʹt feel comfortable reviewing it as they werenʹt the ʹright kind of person to do soʹ. "I wonder whether only black critics review black authorsʹ works, women writers review women authorsʹ works and so on. It was quite disappointing that they lacked the courage to engage with the book."

One year ago the Taliban returned to power, seizing Kabul; the U.S. and its allies made a panicked exit from the country. Of all the books written on the subject, four stand out ... END_OF_DOCUMENT_TOKEN_TO_BE_REPLACED

In "Iran. Die Freiheit ist weiblich", journalist Golineh Atai describes the dogged resistance of courageous Iranian women against the Islamic Republic and the mullahs who have ... END_OF_DOCUMENT_TOKEN_TO_BE_REPLACED

Unflattering terms were used at a German Football Association human rights congress aimed at "intensifying the discussion" ahead of the World Cup. One speaker in particular made ... END_OF_DOCUMENT_TOKEN_TO_BE_REPLACED

Egyptian authorities have Mada Masr in their sights once again after critical reporting. But the editor of the country's last independent news source is adamant they will continue ... END_OF_DOCUMENT_TOKEN_TO_BE_REPLACED

Like Christianity, Europe's history is one of migration. Both have strong roots in the Orient and in cultures thousands of years old. Cultural historian Bernhard Braun invites us ... END_OF_DOCUMENT_TOKEN_TO_BE_REPLACED
Author:
Susannah Tarbush
Date:
Mail:
Send via mail

END_OF_DOCUMENT_TOKEN_TO_BE_REPLACED
Social media
and networks
Subscribe to our
newsletter