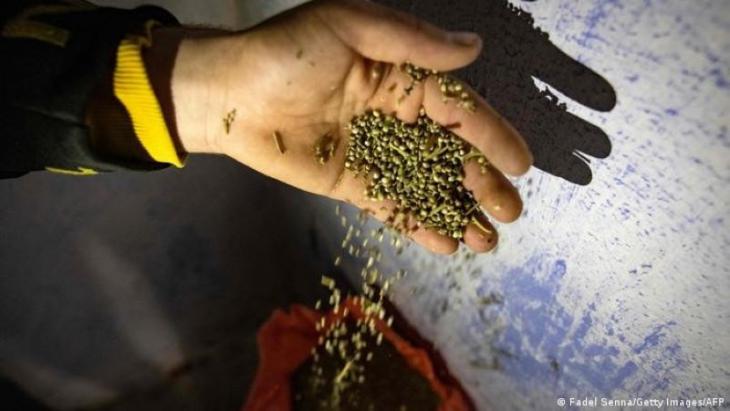 Maghreb and the EU
Will medicinal cannabis become Morocco's no.1 export?

A law is currently being debated in Morocco that would legalise the cultivation and export of medicinal cannabis. For many small farmers, this would bring considerable advantages. But the bill is controversial. By Cathrin Schaer

Should draft legislation clear the final hurdles in the next few weeks, Morocco could become the second Arab country to legalise cannabis. Lebanon was the first in 2020.

According to various international agencies, including the UN and the European Monitoring Centre for Drugs and Drug Addiction, Morocco is one of the world's largest producers of cannabis and the biggest supplier of illegal by-products such as hashish that are bound for the EU. Legalising cannabis for medical and industrial purposes could have a positive impact on around a million subsistence farmers, mostly in the north of the country.

The law has become one of the most divisive topics in the run-up to Morocco's national elections in September. It is hard to know whether the draft law will pass, Khalid Mouna, an associate anthropology professor at Moulay Ismail University in Meknes, northern Morocco, told DW. Mouna studies cannabis-grower communities. "The project is still up for debate in the first chamber and it is being weaponised by political adversaries," he said. 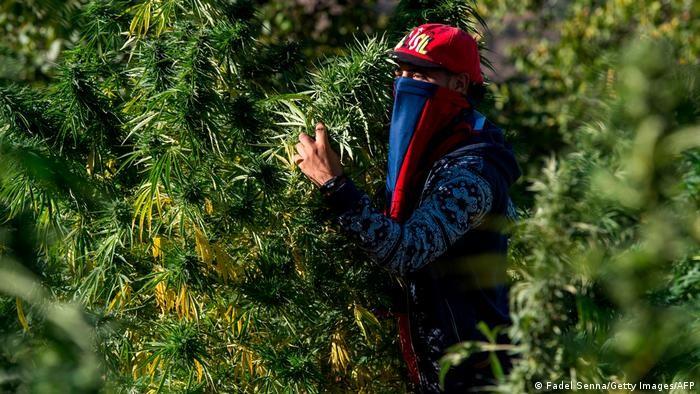 The draft bill proposes a national agency for cannabis and farmers' cooperatives to regulate the sector. If cannabis were legalised, "Morocco would be ideally positioned to reap a huge influx in investment toward the infrastructure necessary to serve its lucrative market," a 2019 report by cannabis market research company New Frontier Data concluded. The researchers added that it would also allow the Moroccan growers to diversify into other cannabis-related products

Cannabis legalisation has been suggested before in Morocco. Mouna said that had mostly been a tactic to gain the support of voters in deprived cannabis-growing areas.

This time could be different, said Tom Blickman, a researcher on international drugs policy for the Amsterdam-based Transnational Institute. "I think it's serious because the initiative comes from the government, and behind the government is the palace," he said, referring to the Moroccan royal family. "Previous proposals came from the opposition."

Morocco's current progress toward legalisation began in December at a meeting of the UN's Commission on Narcotic Drugs in Austria. Morocco was the only member country from the region to vote with other nations who also wanted to reclassify cannabis. The World Health Organization has recommended that cannabis be removed from a list of dangerous drugs so that medical usage can be researched.

The UN vote, which saw the motion passed by a narrow margin, cleared the way for Moroccan Interior Minister Abdelouafi Laftit to introduce the draft law on cannabis legalisation in Parliament in April. The government has approved the bill: Now MPs must ratify it.

Presenting the bill, Laftit said legalising cannabis would help improve the lives of low-income cannabis farmers, extract them from international drug smuggling networks and lead to better environmental outcomes in areas of Morocco where the crop is traditionally grown.

Most of the country's cannabis comes from the economically depressed Rif region in the north, where farms are an open secret. But at the same time that farms are tolerated, the farmers themselves often live in poverty and fear. 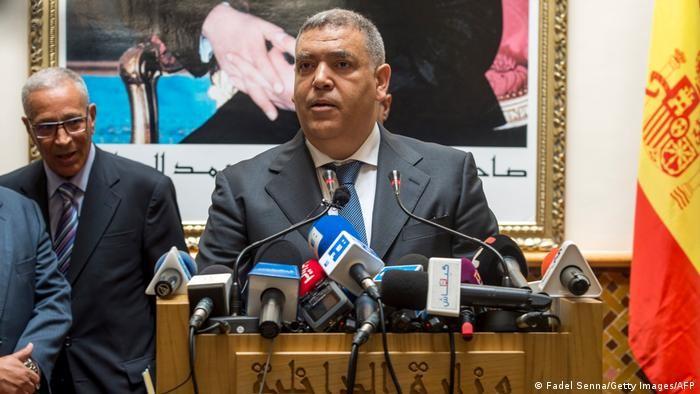 The start of a campaign: At the beginning of December 2020, the World Health Organization recommended that cannabis be removed from the list of dangerous drugs in order to allow its medical use. The UN commission adopted the WHO's recommendation by a narrow majority. This cleared the way for Moroccan Interior Minister Abdelouafi Laftit to introduce the draft law on cannabis legalisation to parliament in April. The government has since approved the bill. Now it just has to be ratified by the members of parliament

The draft bill proposes a national agency for cannabis and farmers' cooperatives to regulate the sector. If cannabis were legalised, "Morocco would be ideally positioned to reap a huge influx in investment toward the infrastructure necessary to serve its lucrative market," a 2019 report by cannabis market research company New Frontier Data concluded. The researchers added that it would also allow the Moroccan growers to diversify into other cannabis-related products.

Dalia Hatuqa is an experienced journalist who has reported on the Israeli-Palestinian conflict from Ramallah, Washington DC and Amman. A writer for Time Magazine, Foreign Affairs ... END_OF_DOCUMENT_TOKEN_TO_BE_REPLACED

Since President Abdul Fattah al-Sisi seized power in Egypt in 2013, he has ruled the country with an iron fist. Civil society, opposition and free press struggle to survive. Tens ... END_OF_DOCUMENT_TOKEN_TO_BE_REPLACED

Very different Western reactions to the suffering in Ukraine and the Arab world show that there is a profound rift among cultures. Essay by Michael Young END_OF_DOCUMENT_TOKEN_TO_BE_REPLACED

Many Turks are dissatisfied with the international status of their country. At the same time, opinion polls reveal great scepticism among the Turkish population towards the USA. ... END_OF_DOCUMENT_TOKEN_TO_BE_REPLACED

Since Spain abandoned its traditional neutrality towards the conflict in Western Sahara, Morocco has announced a "new phase" in relations between the two countries. But what is ... END_OF_DOCUMENT_TOKEN_TO_BE_REPLACED
Author:
Cathrin Schaer
Date:
Mail:
Send via mail

END_OF_DOCUMENT_TOKEN_TO_BE_REPLACED
Social media
and networks
Subscribe to our
newsletter