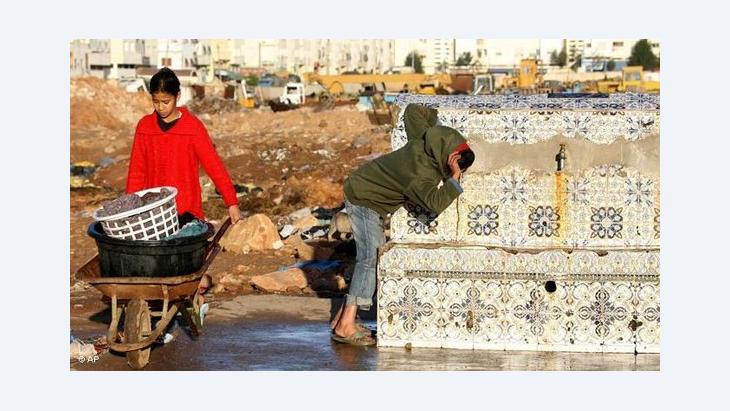 ﻿The latest novel by Moroccan writer Mahi Binebine is inspired by the suicide bomb attacks on Casablanca. Its central message: As long as nothing is done to close the ever-increasing gap between rich and poor, there will always be those willing to emulate the Sidi Moumen "angels of death". By Claudia Kramatschek

﻿When the Moroccan port city of Casablanca was hit by a series of coordinated attacks on 16 May 2003, it altered the nation's political climate in an instant. Morocco, up to that point spared from terrorism, suddenly found itself the target of Al Qaeda. It was presumed that the terror network was responsible for the attacks, which were aimed solely at Jewish or western targets.

King Mohammed VI. swiftly declared the fight against terrorism to be a challenge as equally important as the democratisation and modernisation of his nation. There was indeed an Islamic background to these attacks. The perpetrators – 16 young men, 12 of whom died during the attacks – were members of the underground organisation 'Salafiya Jihadia', banned in Morocco and to this day accused by the Moroccan government of having links to Al Qaeda.

​​But equally telling is perhaps the fact that all 16 young men, as one learns from Regula Renschler's instructive epilogue to the now-published German translation of Mahi Binebine's novel 'The Stars of Sidi Moumen', came from the eponymous shanty town on the outskirts of the city.

Like so many Moroccans, the novelist and painter – born in 1959 in Marrakech – was shocked at the fact that these young men were ready to die in such a manner. Binebine had only returned to his homeland the previous year, in 2002. He had been living more or less continuously in Paris since 1980. The writer, who likes to shine the spotlight on socially marginalised figures in his novels, began to carry out research in Sidi Moumen – returning to the area repeatedly over a period of five years.

Living on a rubbish dump

The original French-language version of the novel – "Les Étoiles des Sidi Moumen" – was published in 2010. It is Binebine's personal attempt to understand the key prerequisites for terrorism of this nature, by showing us the kind of conditions that nurtured these young men, and by giving them a voice.

Consequently, his first-person narrator Yachine also lives in Sidi Moumen – which is actually nothing more than a huge rubbish dump. At night, Yachine shares a cramped and sweaty room with five other members of his family, a space hung with the stench of naphthalene and filled with the sound of snoring. During the day on the other hand, the 12-year-old boy plays soccer with his friends on the mountains of trash as a member of a team called the 'Étoiles des Sidi Moumen' – moments of happiness in amongst the death and decay that Binebine does not conceal. 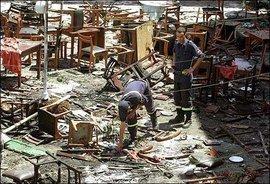 "Death was our ally": At least 41 people were killed in the series of suicide attacks on the Moroccan city of Casablanca in May 2003

​​But God, Yachine knows, turned away from Sidi Moumen long ago. Here, as he admits laconically at one point in the novel, "the Grim Reaper was part of everyday life. He wasn't so terrible. People came and went, lived and died without our miserable situation having to change. We had made him our own. We were the home where he laid his head. Death was our ally. He served us, we served him."

But Binebine's realistically sketched characters – which are not reduced to mere conveyors of ideas – also illustrate other aspects of daily life: Humiliation, within the family, which mostly means paternal violence, a lack of perspectives, senselessness. Yachine's friend Ali, for example, is regularly beaten by his father, while Nabil, the attractive son of the local prostitute, is at once an object of desire and hatred. When Yachine and his friends get high on drugs one day, they subject him to a brutal rape attack.

If one follows the tenor of Binebine's novel – which is of course aimed at homing in on broader findings beyond this single concrete case – the Islamists exploited this repressive climate of a world without perspectives by promising a future in the next life. One day, Yachine's older brother Hamid meets a helpful and influential man named Abu Subair, also known as "the emir".

The emir quickly provides Yachine and his friends with a job, then he teaches them the righteous path of God and kung fu, and soon there is no scope for anything else but prayer and work. When Yachine and his friends are finally allowed to travel to a "training camp", where they learn how to operate weapons and are committed to their duty as Muslims, this is only the logical concluding step of a carefully conducted indoctrination. 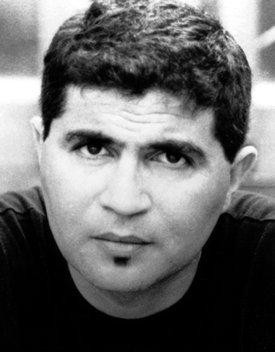 "It is Binebine's personal attempt to understand the key prerequisites for terrorism of this nature, by showing us the kind of conditions that nurtured these young men from Sidi Moumen," writes Kramatschek

​​In this manner, Binebine demonstrates to readers the rat-catcher method used to recruit future Jihadists. He shows that poverty can provide ideal, fertile ground for terrorism – but without excusing terrorism as such. But what he does above all else is allow us to venture more and more deeply into Yachine's mindset at every stage of his gradual indoctrination. This allows us to understand how the world appears to a hungry soul that is slowly but surely being groomed for the Jihad: For where we see hatred, Yachine senses for the first time a moment of dignity.

"Enough of this dog's life"

At the point where we realise Yachine is heading for certain death, he feels there is again some point to his life beyond the street: "We had opened our hearts to God and He filled us with his spirit. Enough of the hounding, the vulgarity and the mindless brawling, enough of this dog's life on the scrap heap of infidels."

Incidentally, Yachine describes the fatal outcome of his journey – he dies at the age of 18 – looking back on the event, from the viewpoint of a dead man. This device allows Binebine to observe and explain terrorism from the outside, as well as from the inside looking out. After all Binebine – who only lays it on a bit thick towards the end of the novel, at times drifting into overly-melodramatic passages – aims neither to gloss over nor condemn.

Last but not least, he also describes the happy aspects of life in Sidi Moumen. His novel tells us that these are children who yearn for a normal life. Children who, although they may become perpetrators, are in the end victims of social imbalances. Binebine may not explicitly spell out his warning, but it is nevertheless unmistakable – as long as this disparity does not change, and as long as the growing gap between rich and poor is deliberately ignored, there will always be those who aspire to be the next suicide bombers from Sidi Moumen.

Home
Print
Newsletter
More on this topic
Nabil Ayouch's Film ''God's Horses'': Ostracised and ForgottenThe Cultural and Literary Scene in Morocco: From the Caravan of Books to the Literary CaféMoroccan Cinema: The Difficulty with Taboos
Related Topics
All Topics
Date:
Mail:
Send via mail

END_OF_DOCUMENT_TOKEN_TO_BE_REPLACED
Social media
and networks
Subscribe to our
newsletter