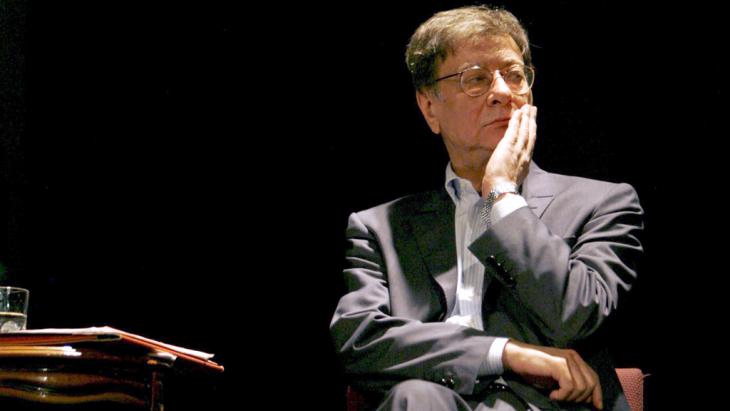 Anyone seeking to understand the Arab soul will find large parts of the Arab people’s collective memory in poetry, and another in the Palestinian tragedy of 1948. Mahmoud Darwish, one of the most prominent Arab poets of the modern age, united these two all his life. By Melanie Christina Mohr

Fleeing from war, oppression and poverty is something as inseparable from the human condition as existence itself. No nation, ethnicity or culture can escape it and yet, when confronted by it, in all its tragic facets, we are left paralysed with shock.

Many of the people currently arriving in Europe come from Arab countries of origin. As well as the initial provision of care and support, somewhere along the line people will need to encounter each other not just with understanding, but with knowledge. And to understand what is foreign to us, we need first and foremost to foster our curiosity about all things different.

Mahmoud Darwish (1942 - 2008) was six years old when his mother woke him suddenly one night; the family had to flee to Lebanon. After the war in 1948, the Palestinian village of al-Barwa where he was born, not far from Akka, was bulldozed and replaced by two Jewish settlements – migrants from Europe.

Back in Palestine, Darwish felt like a foreigner in his own country, but despite the loss of his village he decided to make the best of his situation. He didn’t close himself off to Hebrew, but placed a metaphorical frame firmly around the language of the occupiers, describing it as a window through which the whole of his whole generation looks, from either side.

From one of these corners, the Torah appears, "an important book in spite of everything", and even "material that no intellectual can ignore", as he would later say. And he added, "It might surprise you to learn that I read the Greek tragedies for the first time in Hebrew. I can only say that I am indebted to Hebrew for my acquaintance with foreign literature." 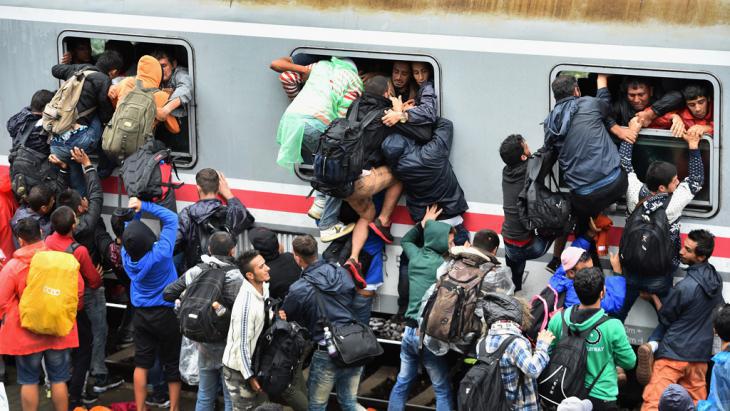 "With the images before your eyes of people using the last of their strength to try and heave themselves onto already overcrowded trains heading for Germany, Arabic poetry and current events in Europe are joining hands in a terrible way. And these verses come from the pen of a man whose life was marked by flight and exile, though it was dominated by the subject of the Palestinian tragedy until his death in 2008", writes Mohr

He began to write, he worked as a journalist and got involved in politics. There followed arrests, house arrests and censorship. 1980 found him in Lebanon for a second time, publishing the magazine Al-Karmel, and even in exile, he experienced the occupiers of his country as cruel warlords. With the Israeli attack on Lebanon in 1982, the place where he once found refuge became somewhere from whence he was forced to flee again. He spent a few years moving between Tunis and Paris, returning to his homeland in 1996; he divided the final years of his life between Ramallah and Amman.

It is not only Darwish’s biography that makes him into a unique bridge; rather, it is the gift of an extraordinary poet for making the incomprehensible comprehensible by clothing it in verse.

A seat on a train

A volume of selected poems by Mahmoud Darwish was published in German in 2002. Written between 1986 and 2002, and entitled "Wir haben ein Land aus Worten" (We have a country made of words), the title "A seat on a train" appears right at the beginning. If you didn’t know better, you might read these lines and assume they were written just a few days ago – a few hours, even.

With the images before your eyes of people using the last of their strength to try and heave themselves onto already overcrowded trains heading for Germany, Arabic poetry and current events in Europe are joining hands in a terrible way. And these verses come from the pen of a man whose life was marked by flight and exile, though it was dominated by the subject of the Palestinian tragedy until his death in 2008. 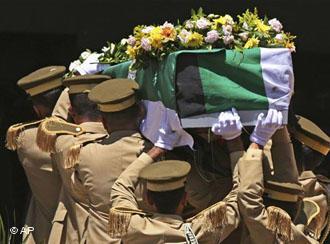 Mahmoud Darwish, the most famous Palestinian writer and most influential contemporary poet in Arabic, died in August 2008 at the age of 67, following heart surgery in Houston

In his poem "A seat on a train", Darwish gives an impressive description of the thoughts and feelings of people who find themselves once again on their way into an uncertain future. He bluntly sketches every station as another place of refuge, and points out that every station sign conveys a further sense of foreignness. "Travelling in search of nothing", as Darwish trenchantly describes the essence of flight, leaves the refugee with only his coat pockets, in which his home is reduced to a minimum, frequently consisting only of old house keys and a family photo.

"All the passengers return to their families, but we do not return to any home", the poet says of the bitter taste of losing your homeland. In a unique way, Darwish manages to convince his readers – whether they are directly or indirectly connected with these problems – that the will that remains unbroken despite everything is the highest good.

Darwish's brief words often have a documentary character, reflecting everyday life in a situation that should be the exception, not the rule. For Darwish, poetry is the only thing able to bear (aloft) the abstinence from one’s homeland, and so he writes, "The countries between my hands are the work of my hands".

Mahmoud Darwish, national poet, symbol of the Palestinian resistance against the Israeli occupation, and – as his countrymen call him – the mouthpiece for the voiceless, should be found on the shelves of all bookshops. It may not have been so in the past, but please let it be so now: if we are looking for bridges of understanding, then we will inevitably come across Darwish.

Whether the earth is too cramped for us or not

In the poem "This is the path I will walk" he makes it clear that he wants to take all the steps necessary to master freedom. The linchpin and pivot of his poetry - the (cosy) home - is symbiotically related to Darwish's poetic existence, and develops over time from a geographical place to a free space in which the voices of poetry unite and the fundaments of the homeland are at home. 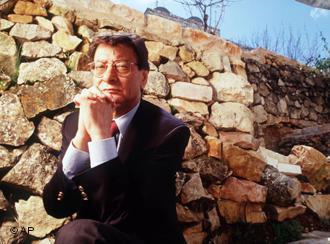 "The mouthpiece of the voiceless": Mahmoud Darwish played a decisive role in the preservation and development of the Palestinian identity

In 2002, the literary critic Stefan Weidner complained that Mahmoud Darwish, one of the greatest poets of the day, was still undiscovered. More than a decade later, we still lack translations into various languages, including German. Darwish himself was frustrated at the limited interest in his literary output during his lifetime, and in the course of his poetic career – in particular during the final years of his life – he attempted to free himself from the one-sided appreciation of his works.

Often, it seems, people just focused on what he said about the Palestinian cause, while literary analysis – a dedicated, comprehensive literary criticism of his works – was often absent, and has developed only haltingly to this day.

At one point, the one-sided consumption of his works moved the poet to refuse to read older works in public. The sense that printed words on paper could no longer make the connection to reality dominates. "I am one of those people who believes that when an artist starts to feel satisfied with himself, he loses the reason to go on creating", Darwish states.

Mahmoud Darwish's political poetry and prose is of incalculable value to the present day. There is a quality in his work that gives it the potential to take on a fundamental function in the process of rapprochement; as do many other works of Arabic literature. Europe, this ancient continent of poets and philosophers, should take advantage of what it has produced so wonderfully itself – literature!

With authoritarianism once more gaining ground in the Middle East and North Africa, the European Council on Foreign Relations explores how European diplomats can be more effective ... END_OF_DOCUMENT_TOKEN_TO_BE_REPLACED

Ibrahim Issa runs an extraordinary school where he prepares Palestinian students for a future of peace. It isn't what he originally planned to do with his life, but as things ... END_OF_DOCUMENT_TOKEN_TO_BE_REPLACED 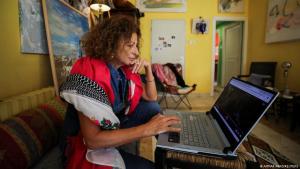 "We want our stories to travel"

On 14 October 2021, streaming giant Netflix expanded its service to include films either produced by Palestinians or with a Palestinian theme. "Palestinian Stories" comprises 32 ... END_OF_DOCUMENT_TOKEN_TO_BE_REPLACED 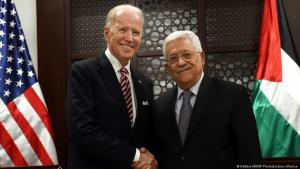 By issuing an ultimatum before the UN General Assembly, Palestinian President Mahmoud Abbas hoped to shake the U.S. from its complacency and force Israel to engage in real ... END_OF_DOCUMENT_TOKEN_TO_BE_REPLACED

END_OF_DOCUMENT_TOKEN_TO_BE_REPLACED
Social media
and networks
Subscribe to our
newsletter